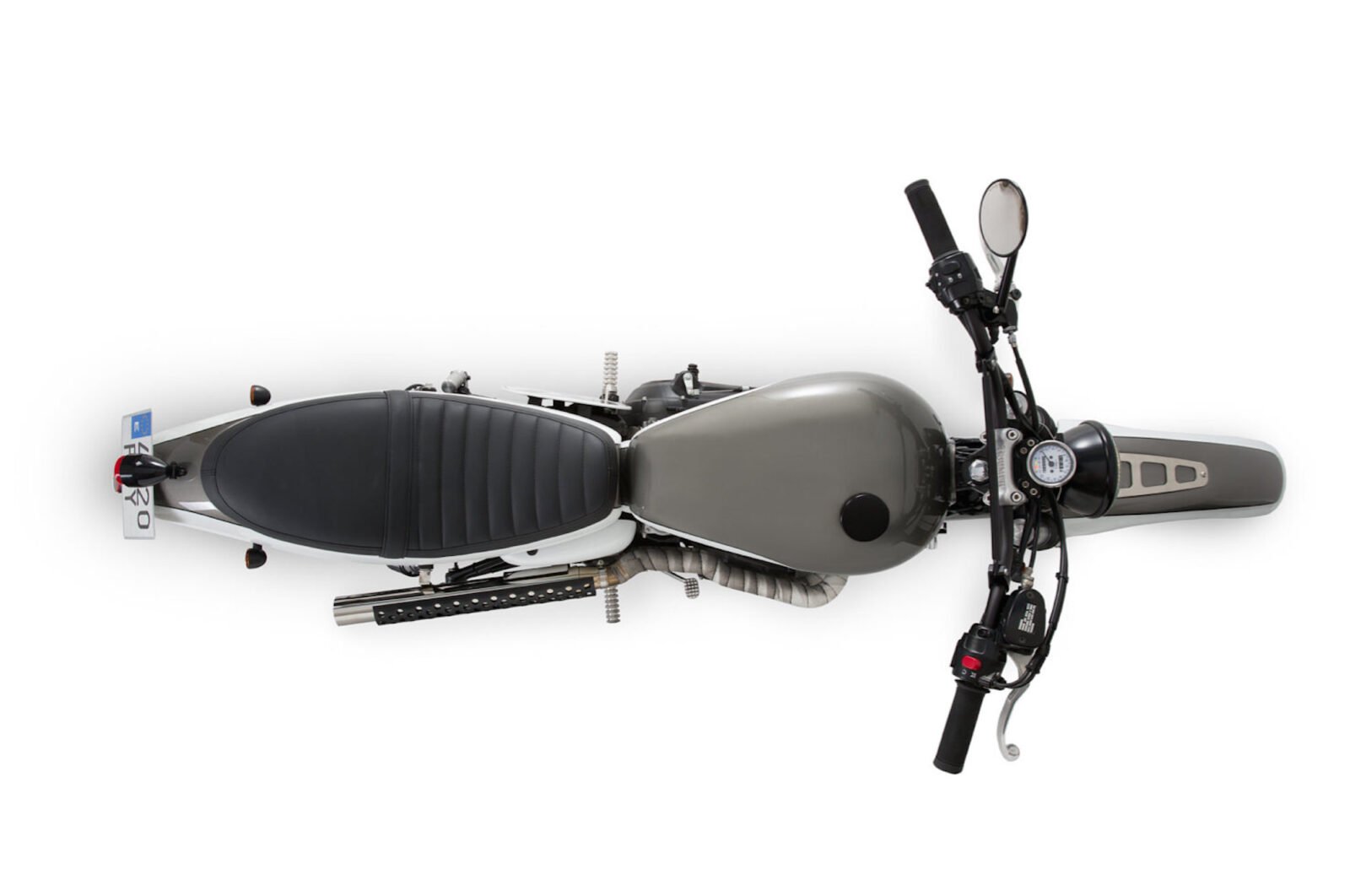 This Triumph Scrambler by Tamarit Spanish Motorcycles is one of the more off-road capable scramblers we’ve featured in recent memory – a modern scrambler is almost exclusively a road going motorcycle modified for off-road use, so it’s understandable that there would be varying degrees of both on and off-road ability within the genre. Some are very lightly modified and would be terrifying to ride on anything other than shiny new asphalt and some are a little more committed to the idea of mud, gravel and beach sand. This bike falls firmly into that latter category.

Those amongst you who like to have a good gripe about motorcycles without fenders should be absolutely delighted with the monster fender fitted to the front end of this bike, it’s an in-house special from Tamarit called the “Grand Bastard” and it can be retro fitted to any Triumph Bonneville or Scrambler.

Far from being just a casual custom motorcycle garage, the team at Tamarit build and sell their own Triumph parts – on this bike the seat is made by Tamarit, as is that number plate on the left side, the heat shield on the exhaust, the rear fender eliminator kit, the foot pegs, chain guard and sump guard.

The recent surge in popularity of the scrambler has been quite remarkable, Ducati have now released their own slew of 4 new scramblers and we’re expecting to see Moto Guzzi, Yamaha and Honda come out with their own in short order – there’s even a recent rumour doing the rounds that Harley-Davidson are working on a new version of the XR750 that’ll be designed as a tracker/scrambler.

If you own (or are planning to own) a Triumph Bonneville or Scrambler and you’ve been hunting around for parts you might want to take a look through the Tamarit catalogue here – just be warned, it’s very difficult to leave the store without filling the shopping cart. 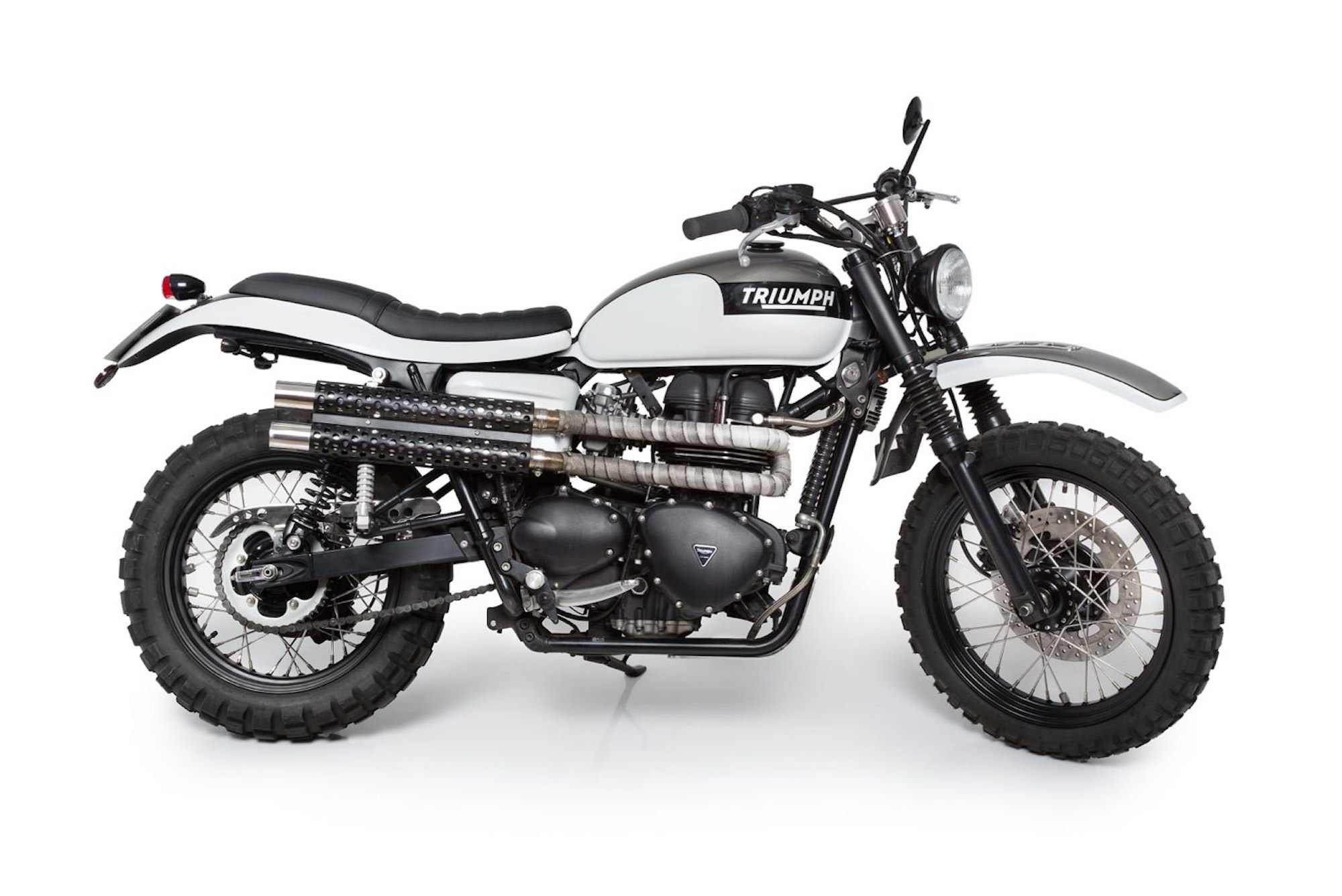 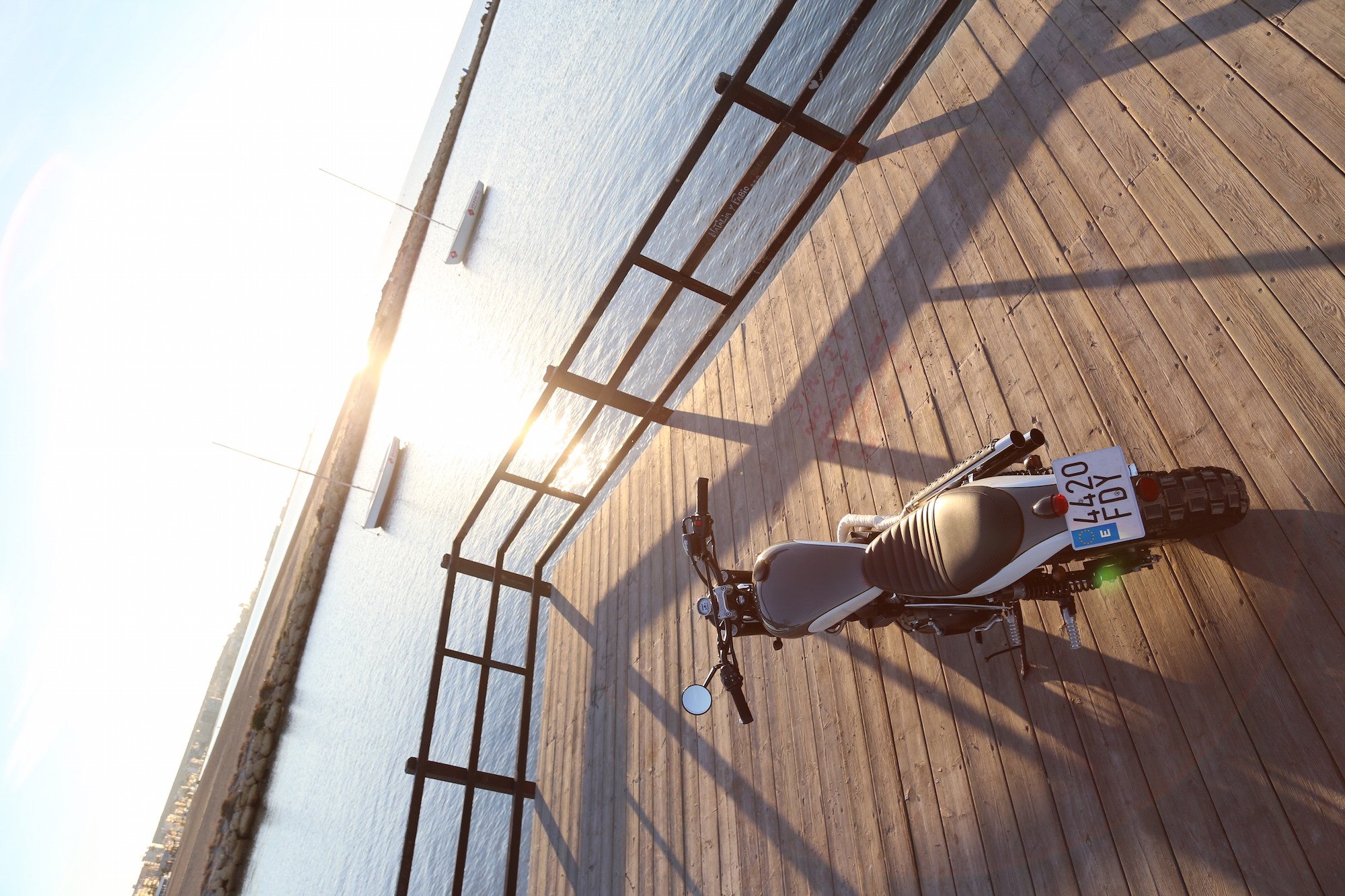 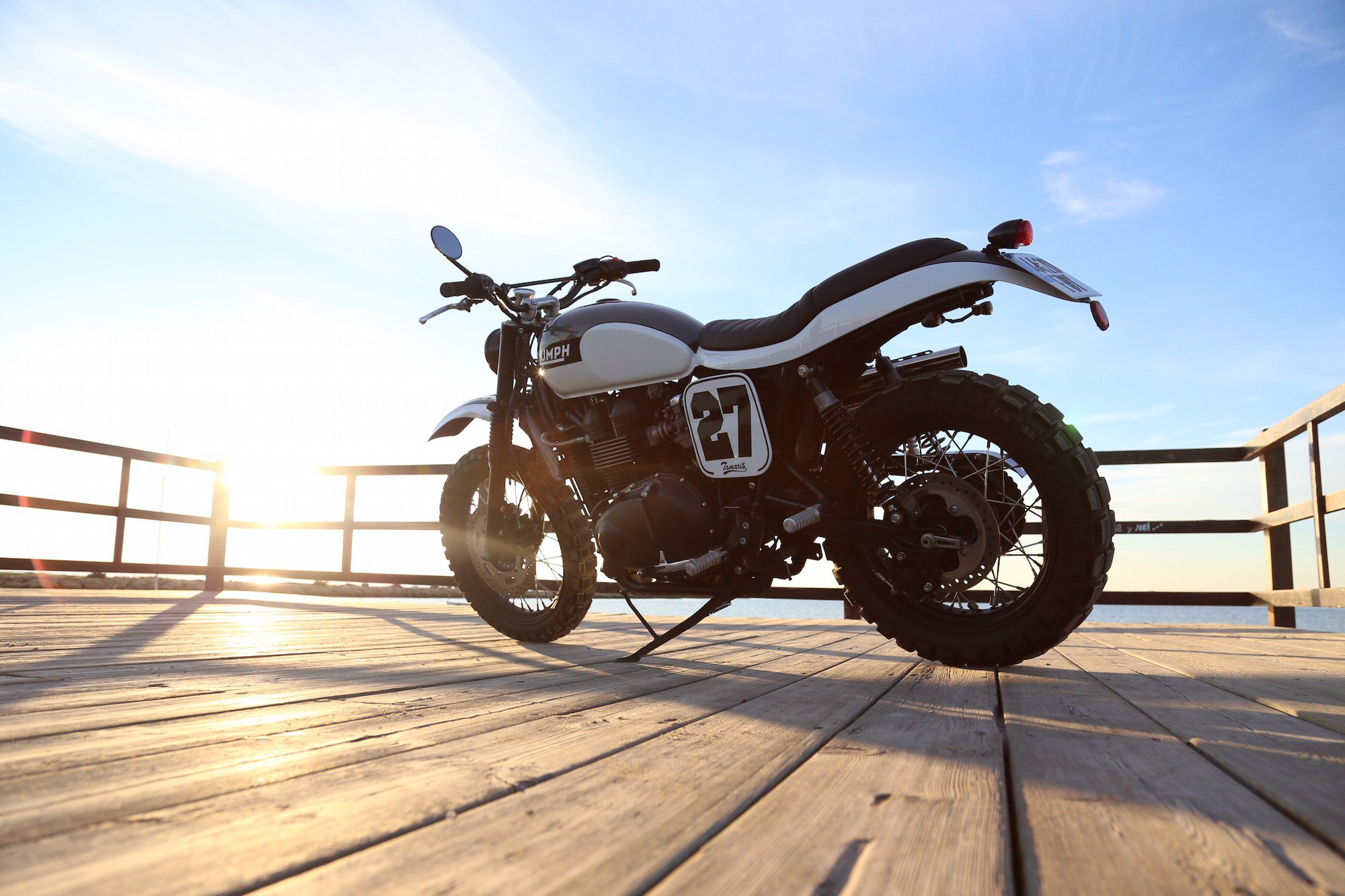 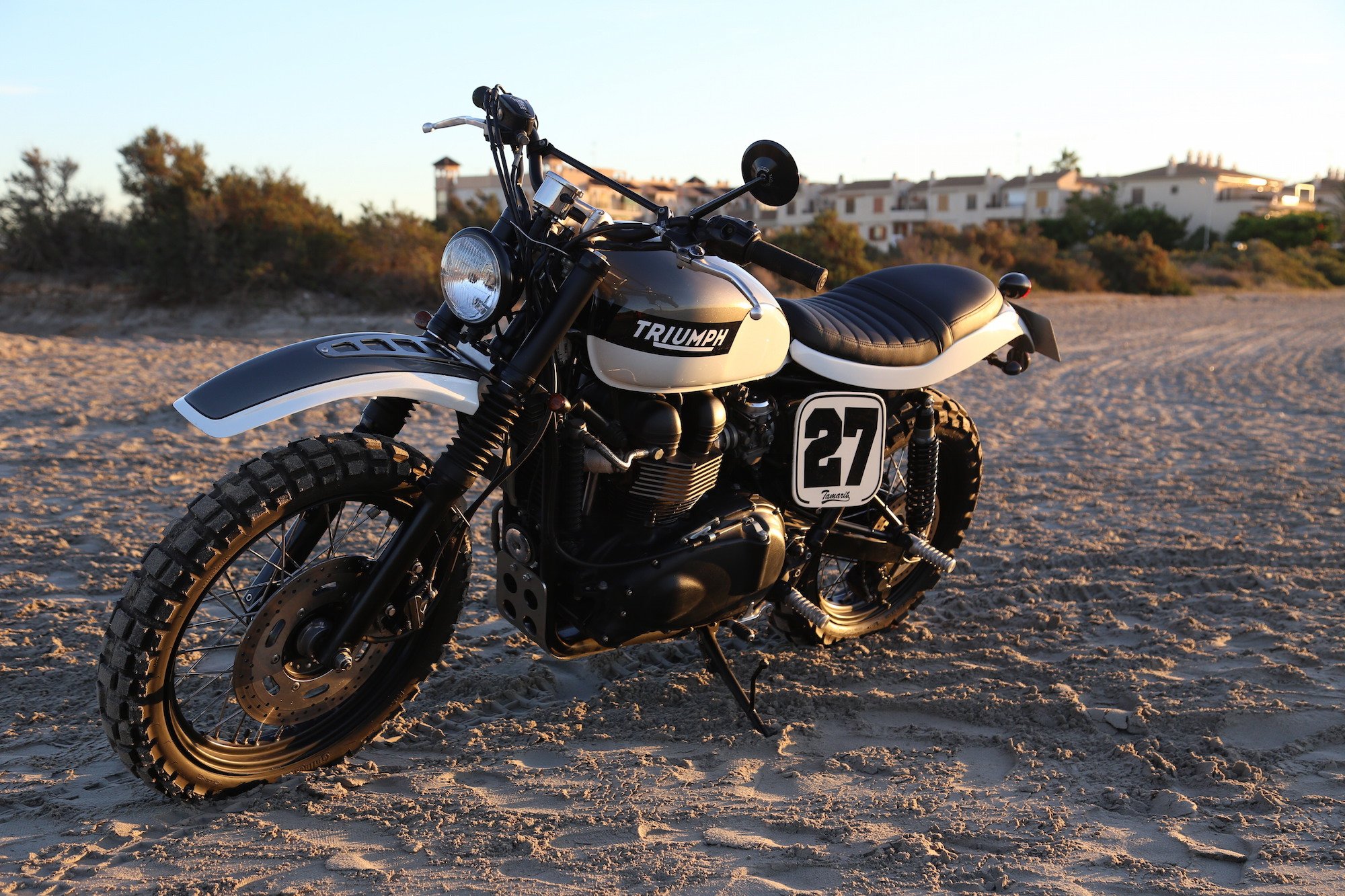 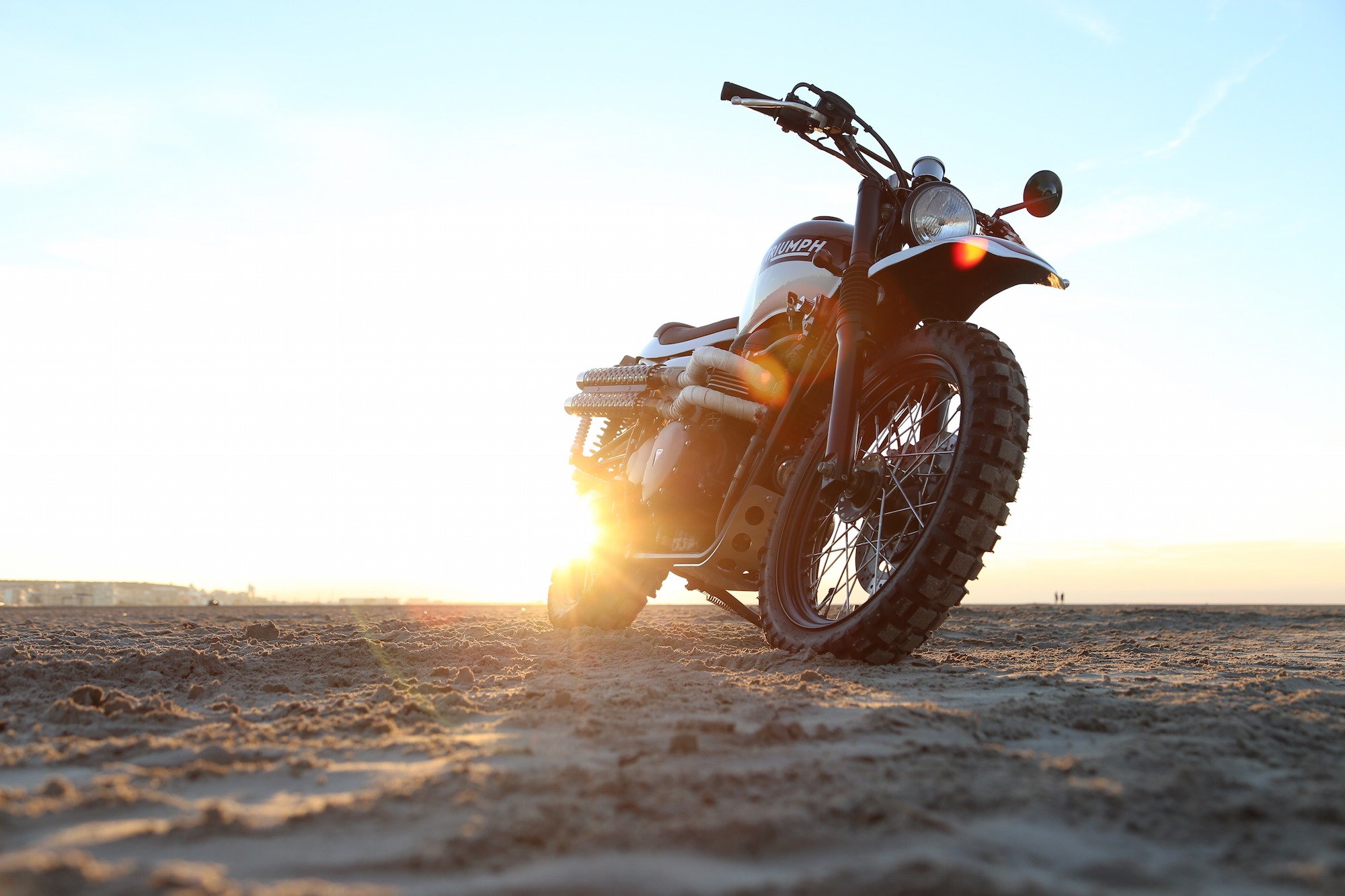 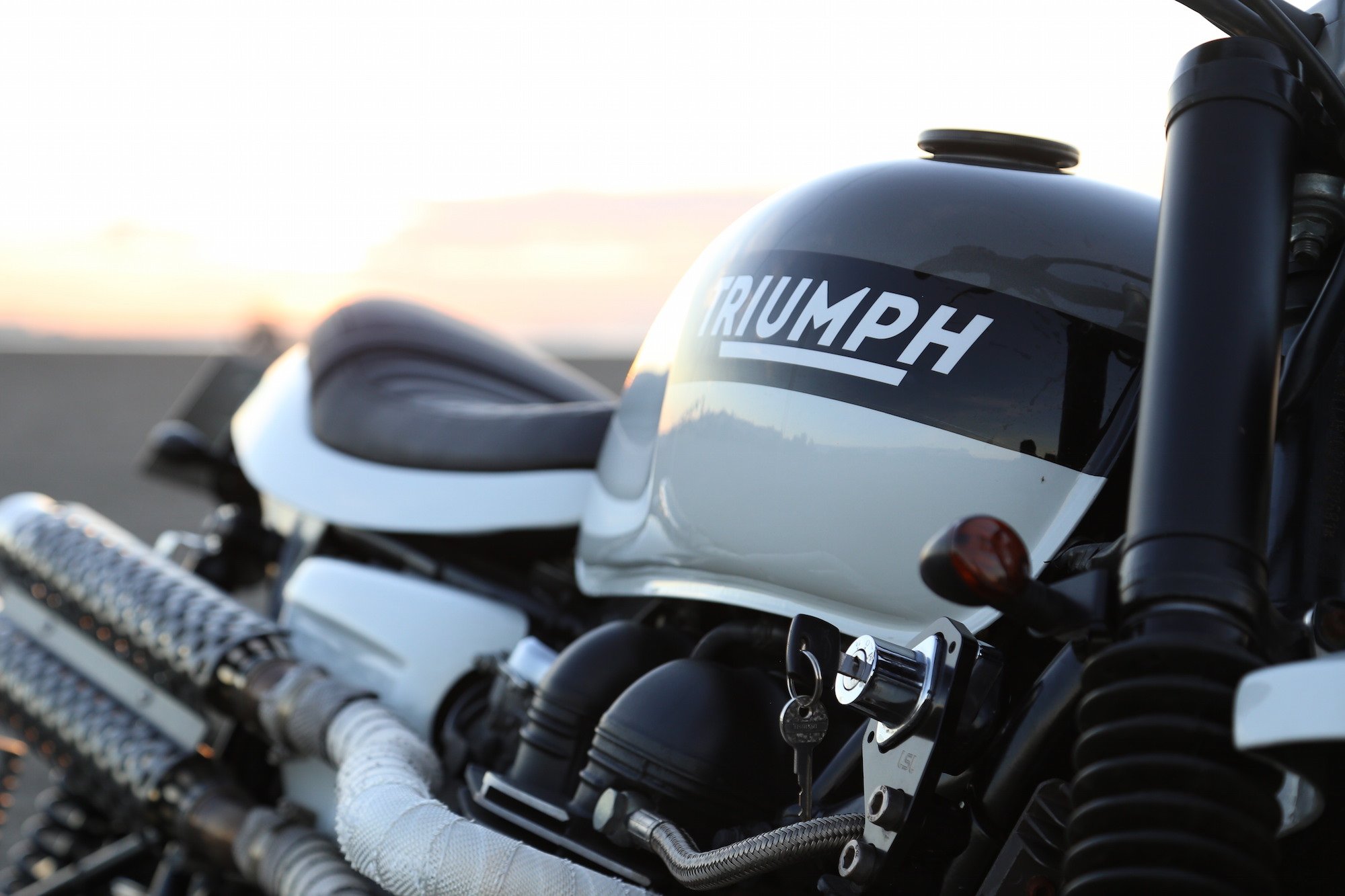 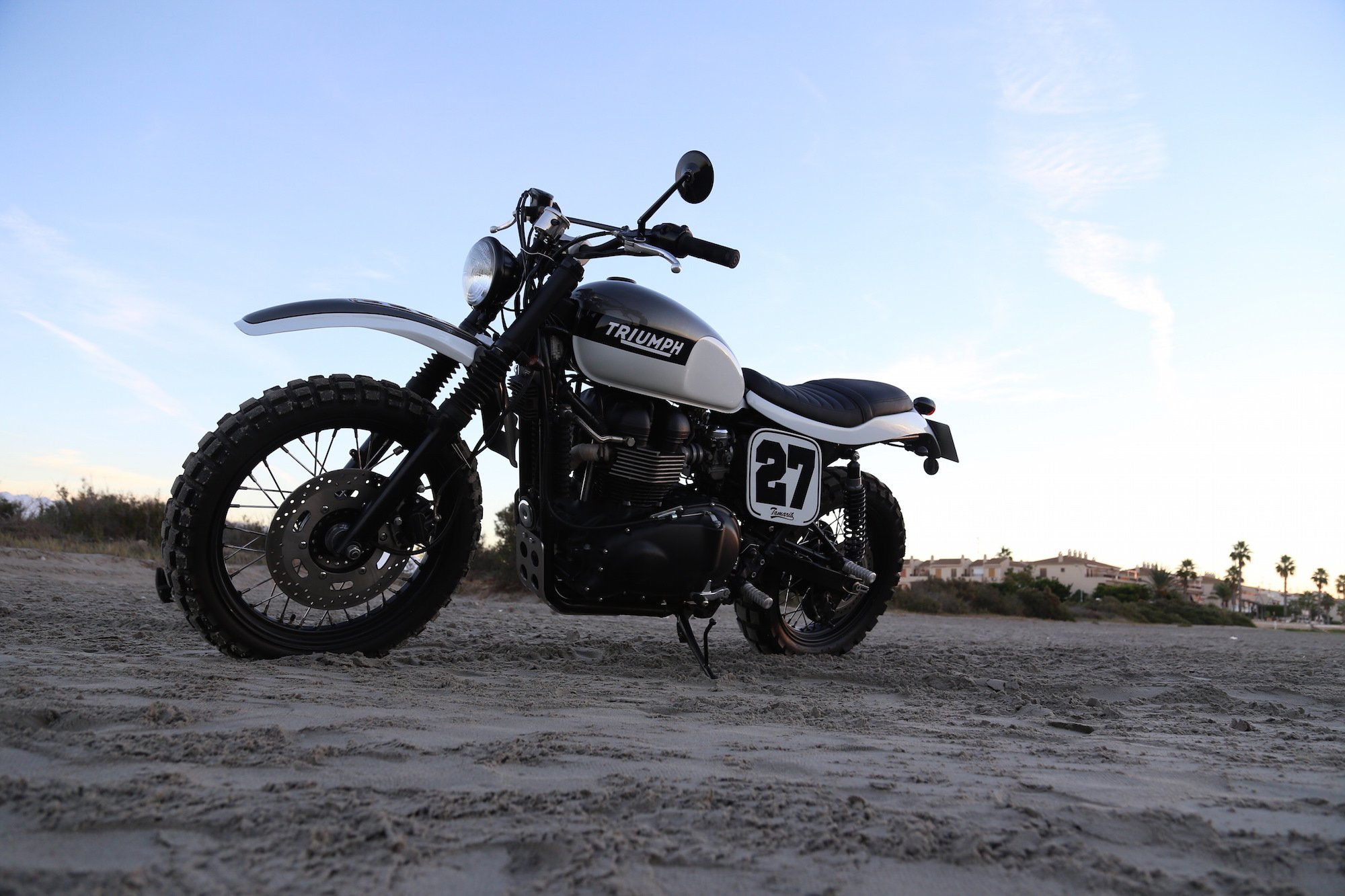 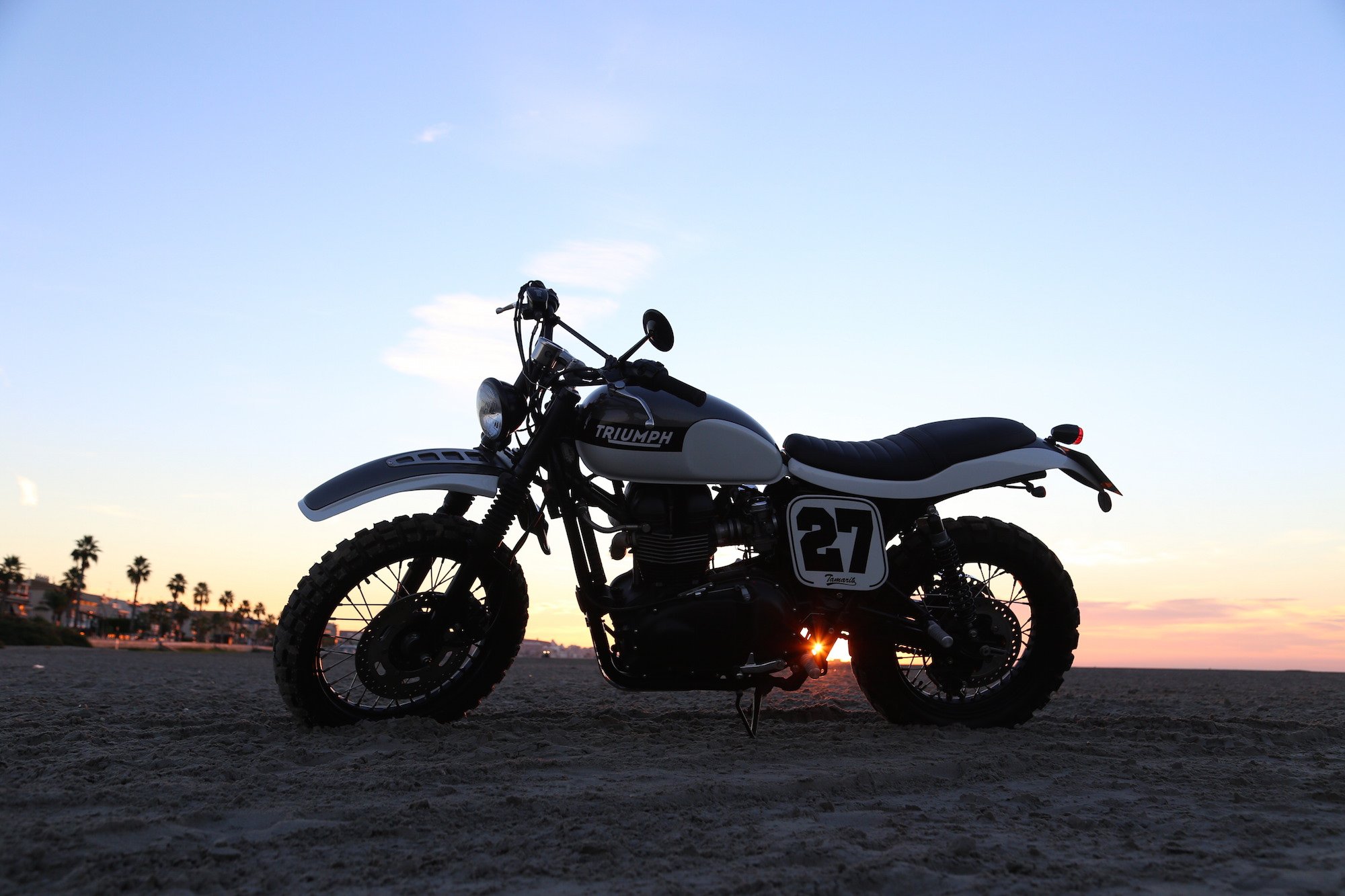 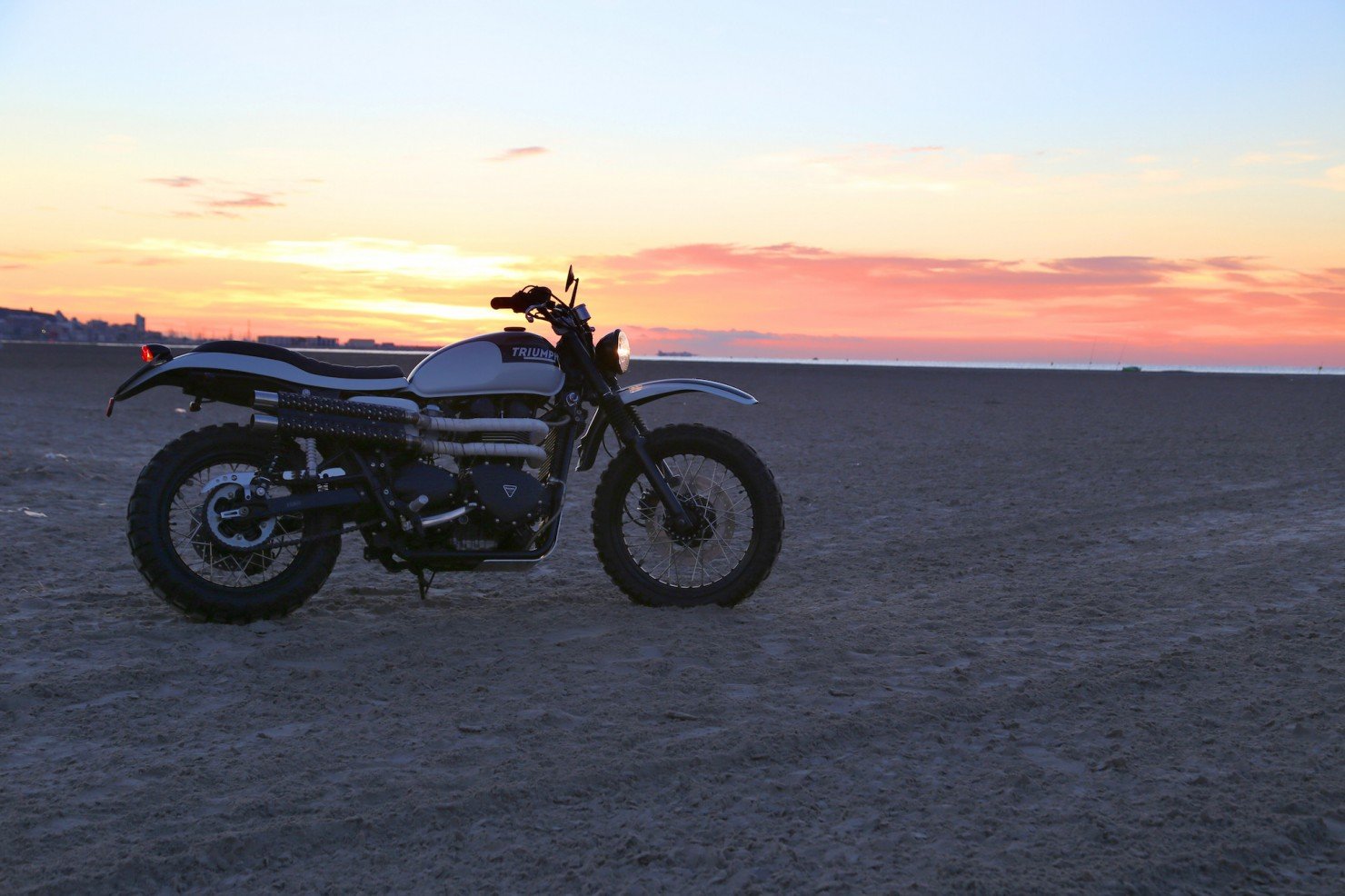 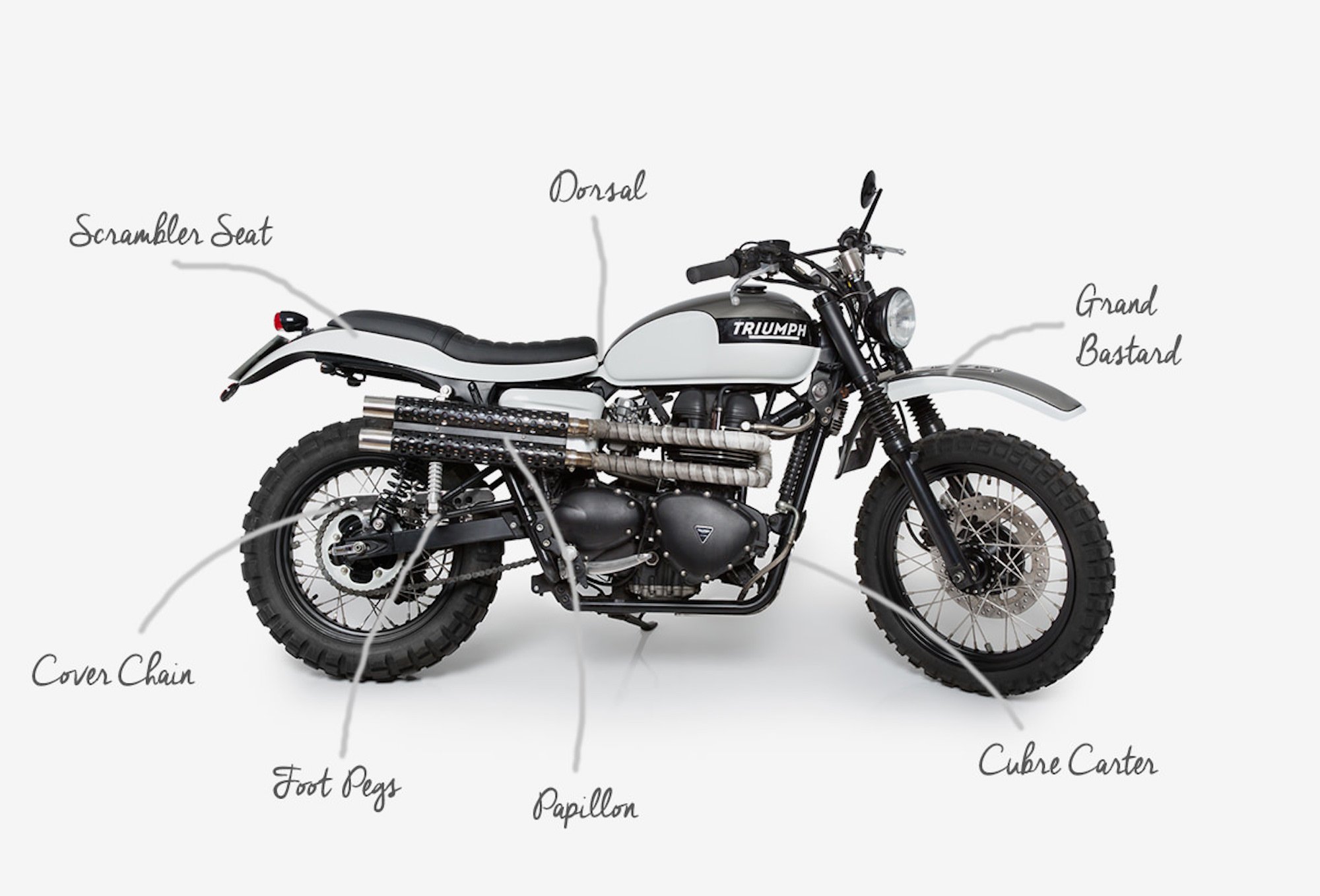 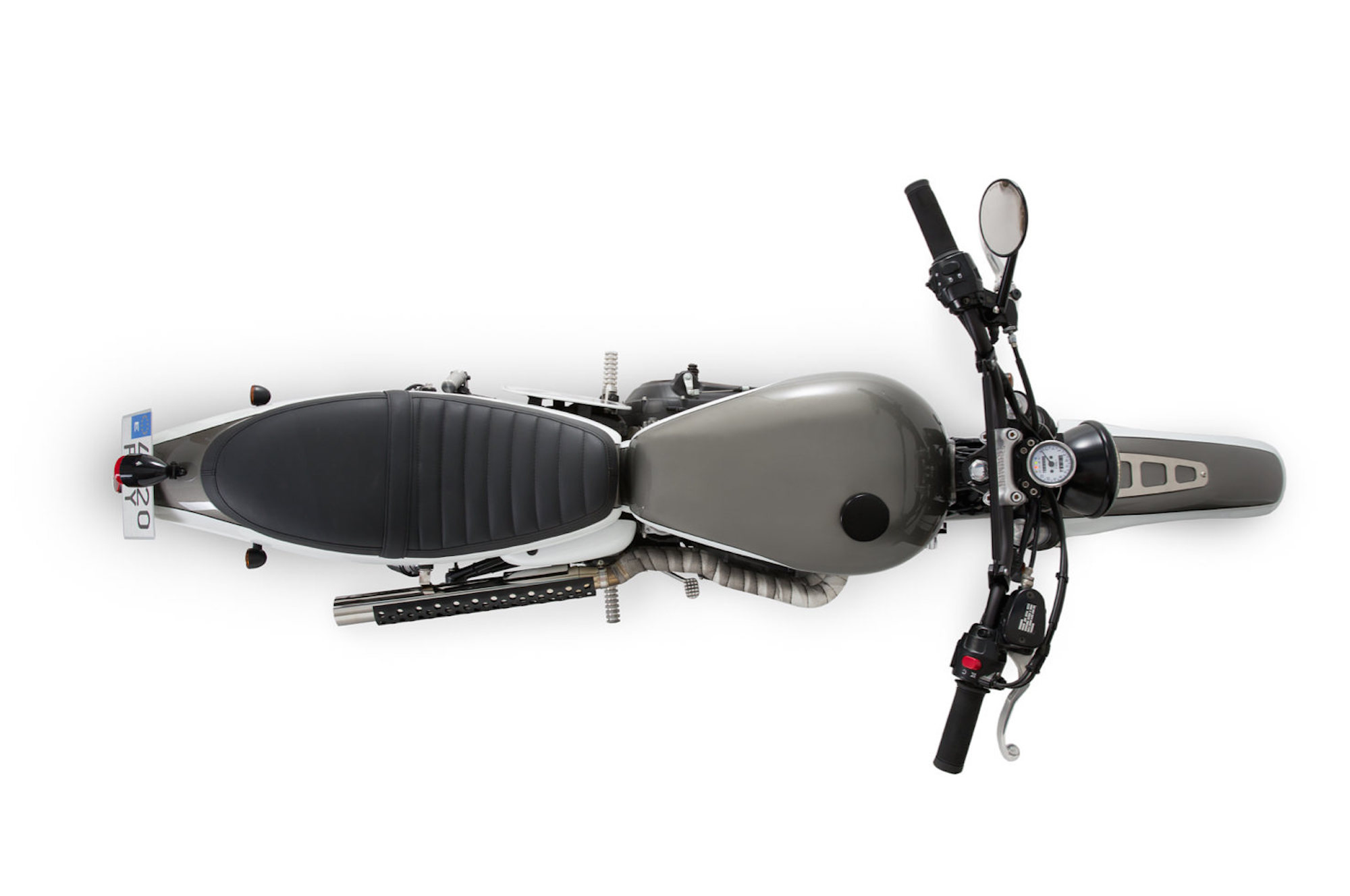