This beautiful Triumph cafe racer/dirt tracker is the most recent creation from Vintage Racers, a Paris based motorcycle club, blog and garage. The first impression the bike gives you is that it’s ready to cross the Maginot Line and invade Germany with its twin exhaust pipes blazing, the chunky tires and meshed headlight give the Triumph a look so gruff that I suspect other motorcycles would cross the street to avoid making eye contact with it.

François and the team at Vintage Racers sourced some vintage camel leather for the seat, that rear mudguard has been chopped and a low profile Daytona light has been added. The rear tire is a 160 Mtezeler KAROO and the front is a 120 Michelin T63, though they both work together so well I had assumed that they were from the same company and model range. 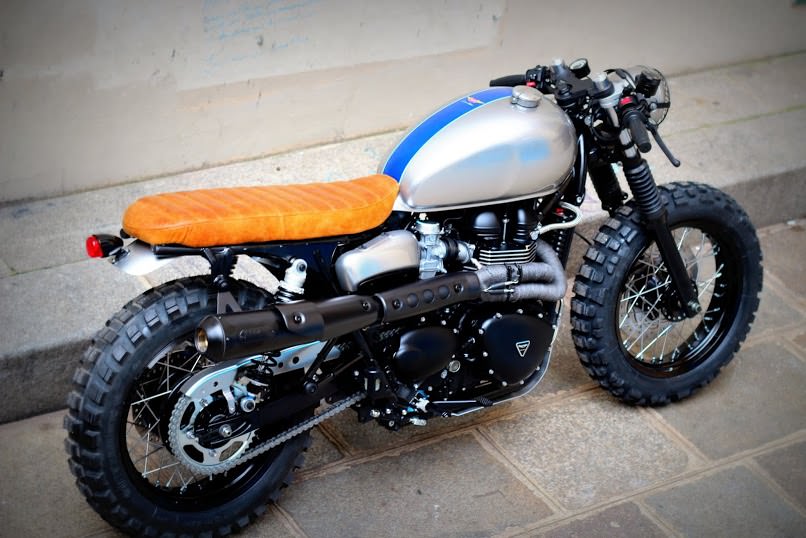 The Cafe-Tracker is sitting on Excel rims front and back, it’s fitted with am Arrow exhaust 2 into 1 with black ceramic coating and heat wrap, that fuel cap is a classic Monza design, the suspension is Ohlins and that skid plate is drilled aluminium.

The paint scheme on this bike was inspired by the legendary Porsche 911 builder, Magnus Walker. In fact, the team at Vintage Racers sent him some pictures of the bike to get his opinion and he absolutely loved it.

If you’d like to order a bike from Vintage Racers or check out their blog, hit the link here. 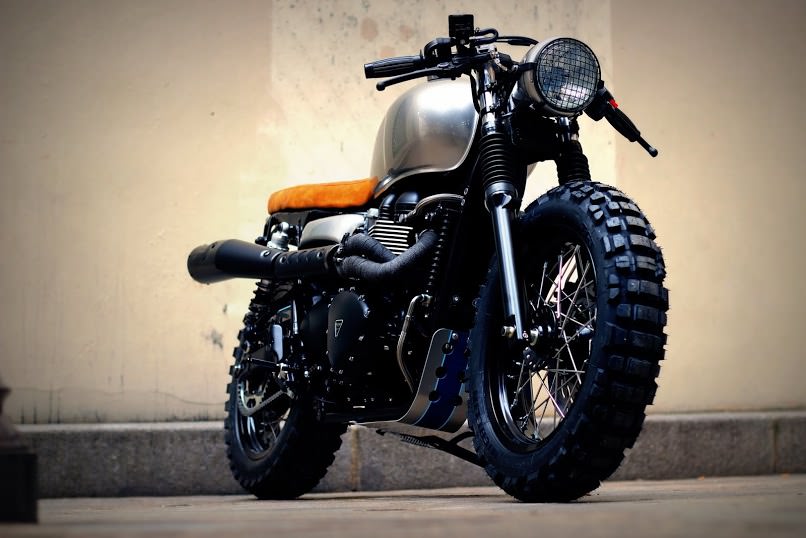 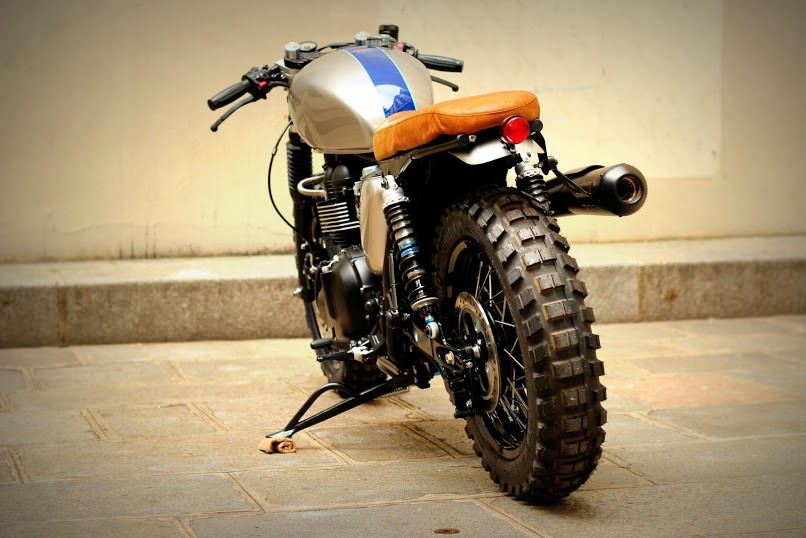 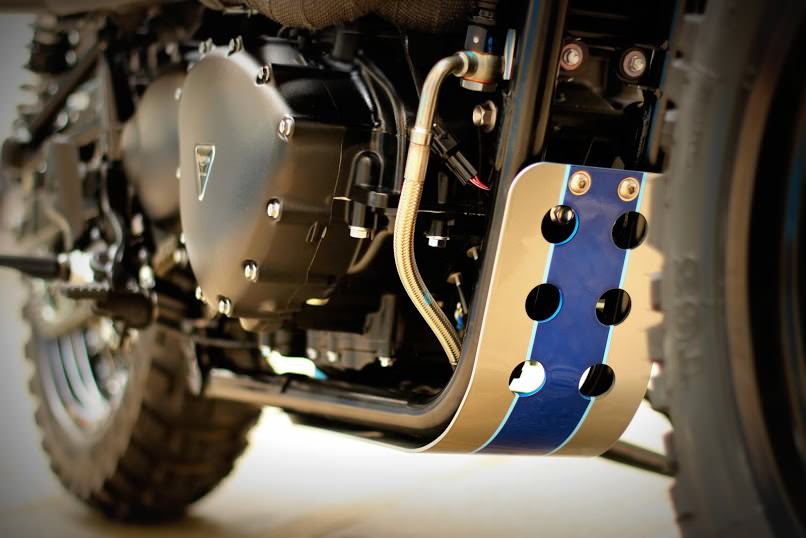 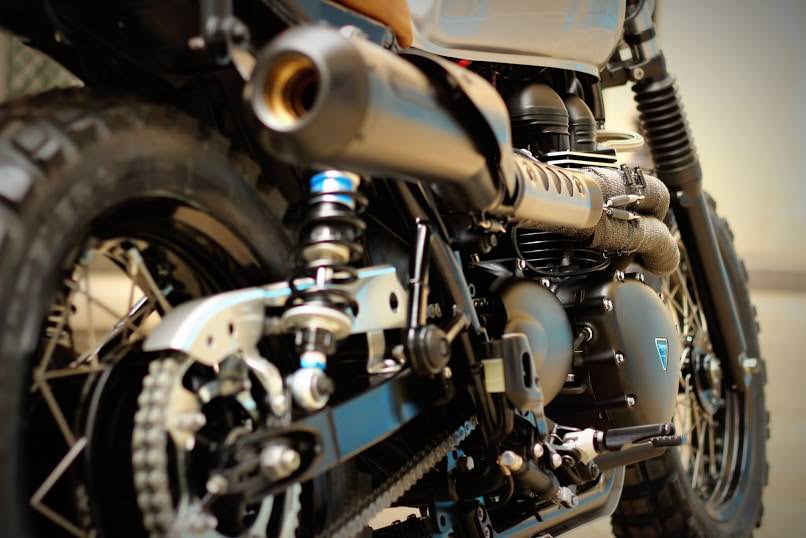 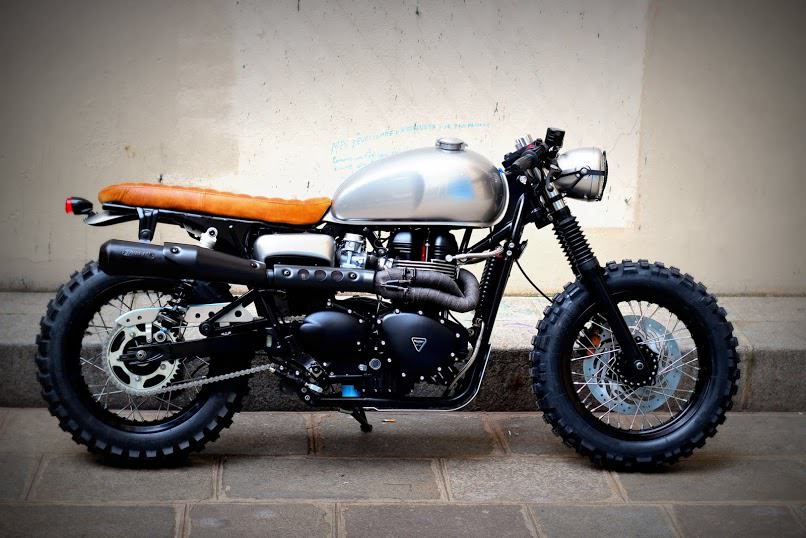