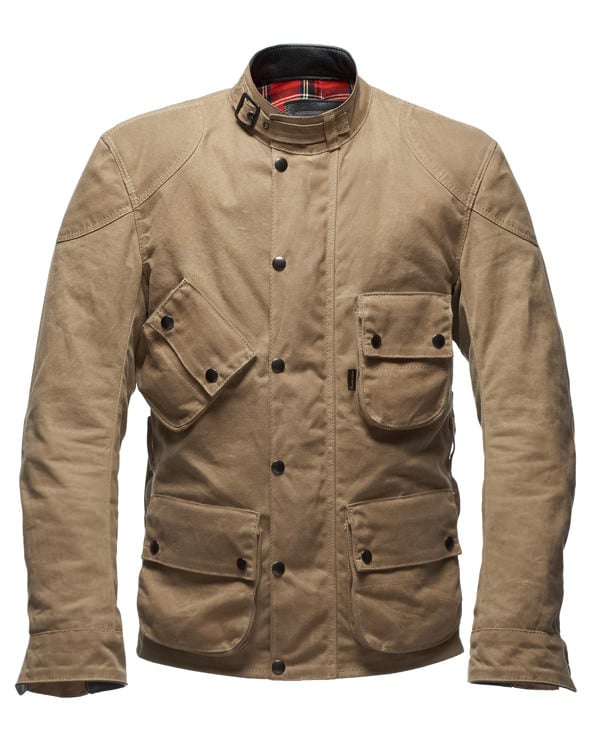 The Robinson Motorcycle Jacket is an all new design that’s being released for the first time today by Union Garage NYC based out of Brooklyn, New York

It’s an important jacket for a number a reasons, perhaps none more so than the fact that it offers a full gamut of removable, CE­-certified D3O elbow, shoulder and back armour – making it the only vintage-styled waxed canvas motorcycle jacket on the market to do so.

One of the great benefits of D3O armour is the fact that it’s soft and flexible until you encounter an impact, at which point it instantly hardens to offer remarkably effective protection. The fact that it’s soft and malleable makes it a vast improvement over standard, rigid armour which can become exceedingly uncomfortable on longer rides or when a wide range of physical motion is required. 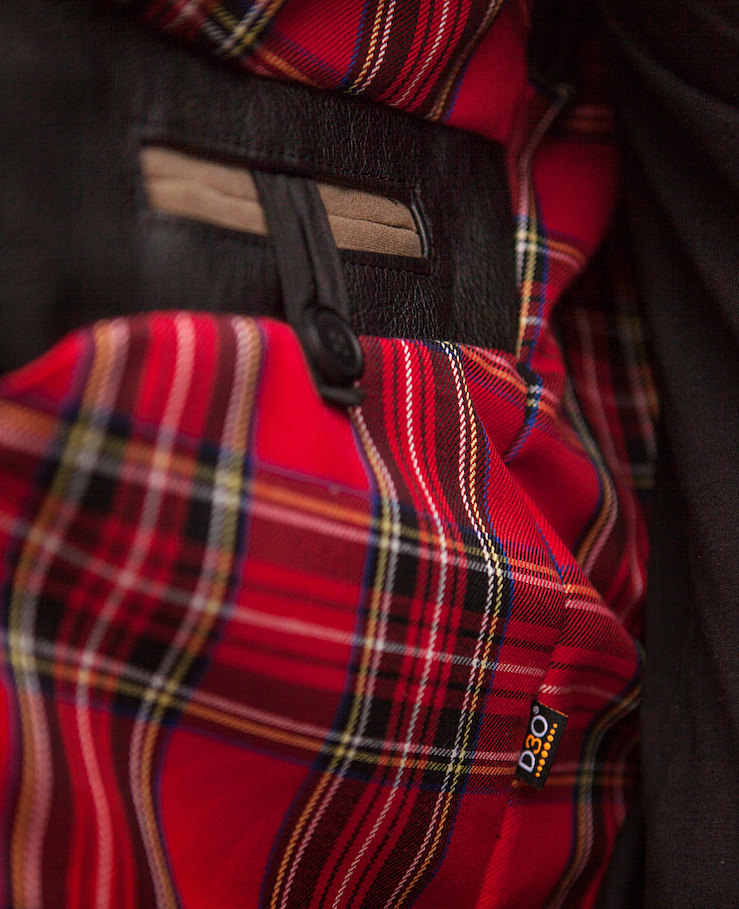 The Robinson Motorcycle Jacket also has 7 pockets, with a clever one running from left to right at the lower back – it’s designed to hold gloves, maps, hip flasks, hand guns and anything else you might need whilst on the road and its width means that it can be access with either hand from the left or right.

The 10.10­ ounce Martexin waxed canvas shell provides excellent breathability as well as waterproofing for those times when you find yourself caught out, the interior lining is red plaid and a close look at the Robinson gives a clear indication that it’s been built very, very well.

The Robinson is the result of a collaboration between Union Garage NYC and Vanson Leathers, each jacket is made by hand in the US by the American workers at Vanson – easily some of the finest motorcycle jacket manufacturers in the world. If you’ve been holding out for a classically styled, armoured, waxed canvas motorcycle jacket you might want to take a closer look at the Robinson, it was introduced today for the first time and I suspect that it’ll be sold out in no time. 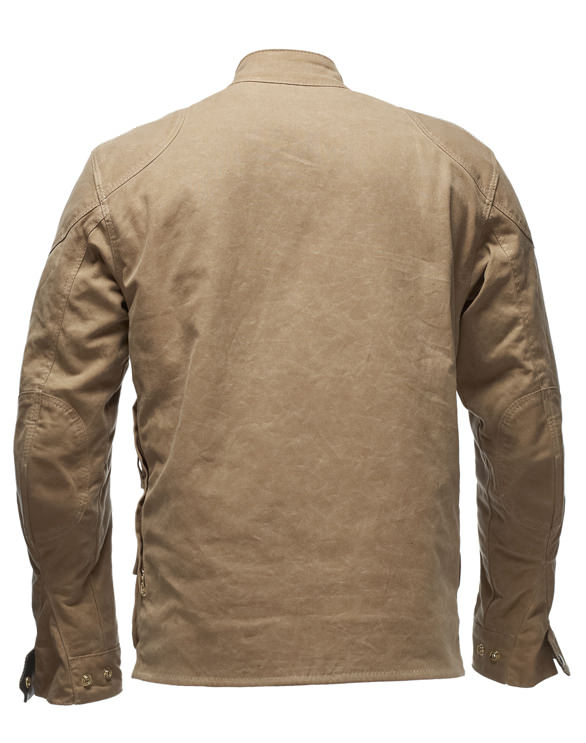