Triumph At Le Mans is a 1961 film produced by Triumph as a showreel for the company and their efforts at the famous French endurance racing circuit. The Triumph team were racing modified versions of the TR4S and they’d cross the finish line in 4th, 5th and 6th place for their class (11th, 12th and 13th overall), the field of entries at Le Mans in 1961 was extraordinary and some of the most iconic drivers and teams of the mid-20th century would do battle shoulder to shoulder over the course of the 24 hour event. 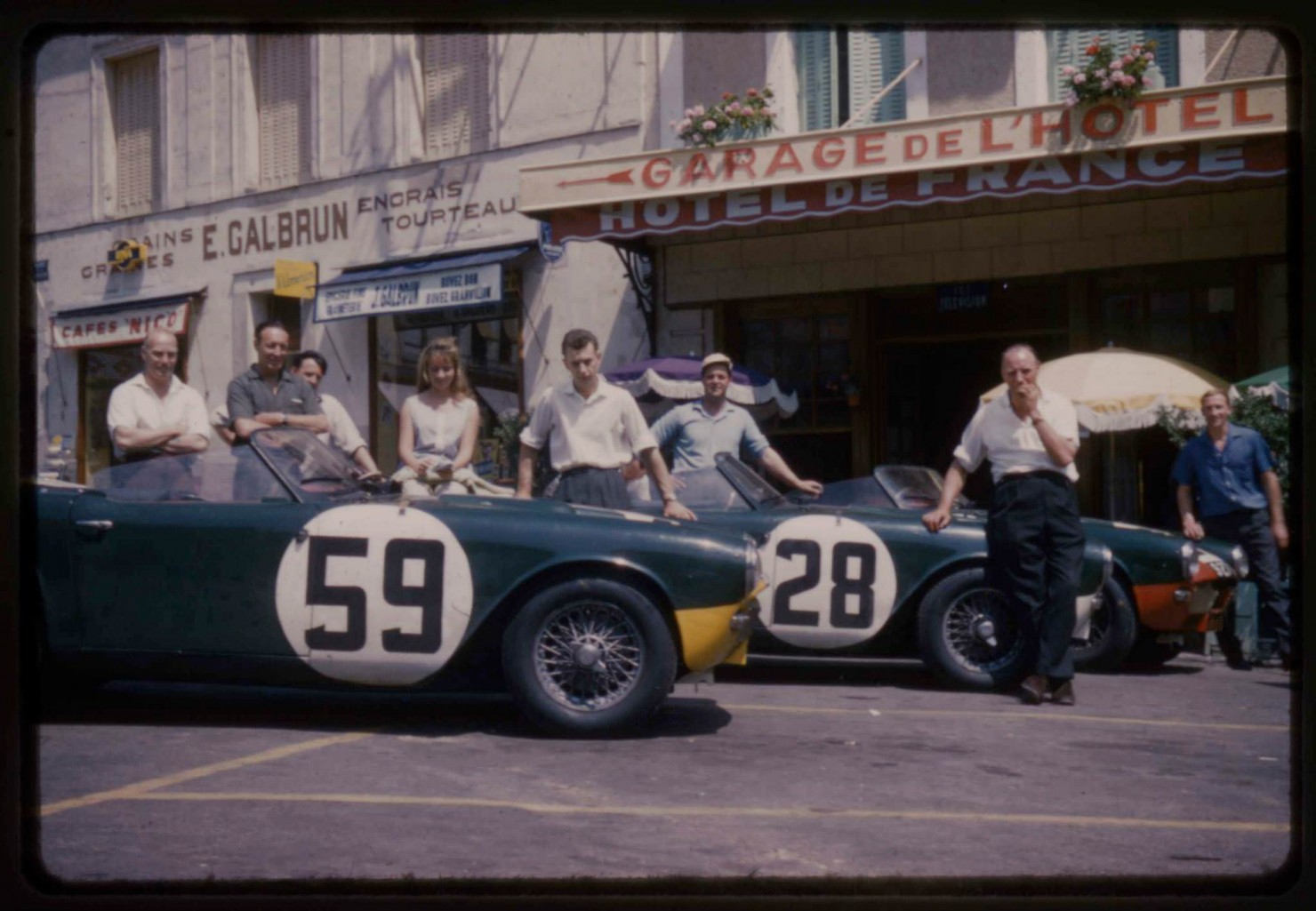 Special thanks to The Chicane Blog for the above image of the Triumph team in 1963. 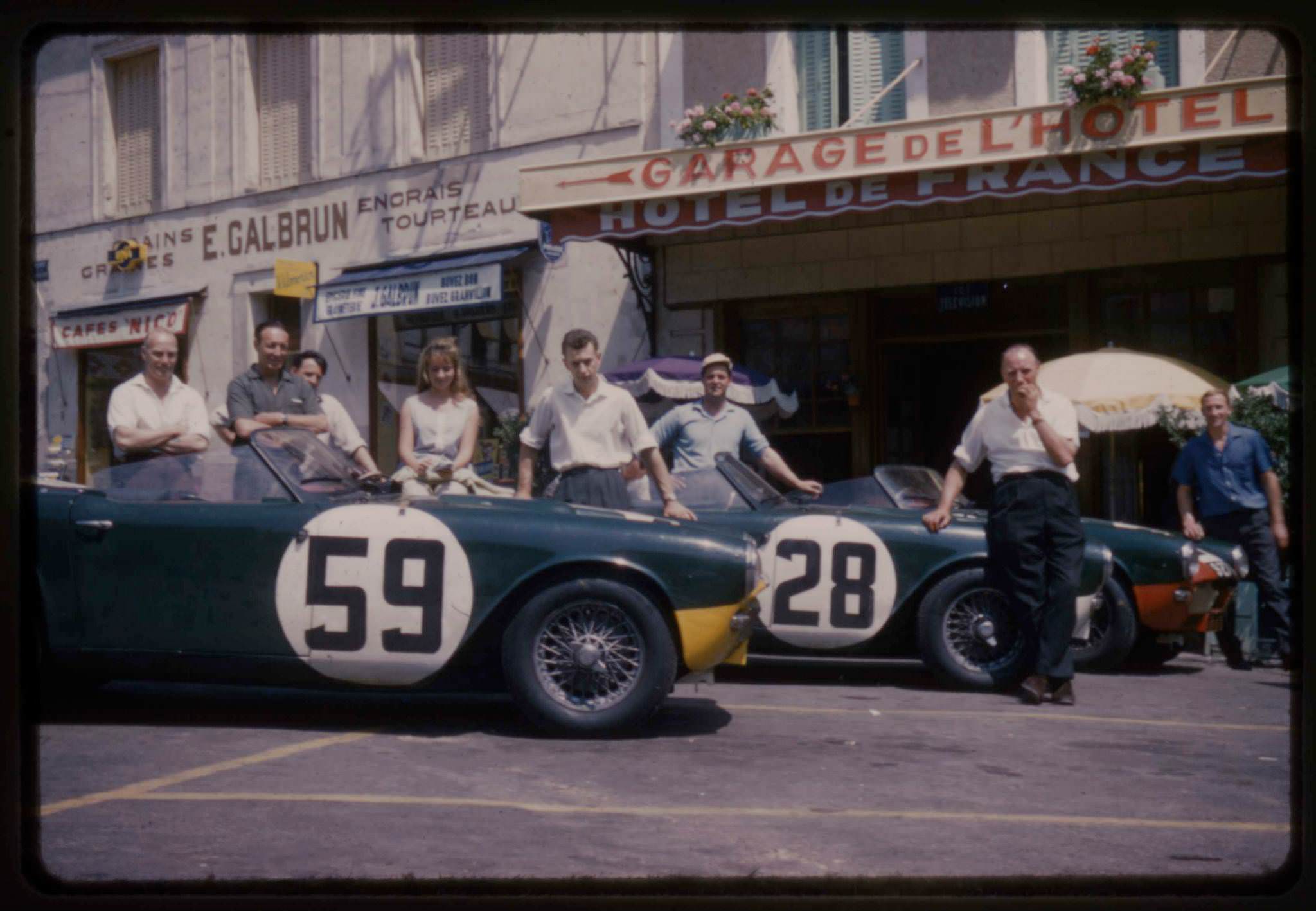