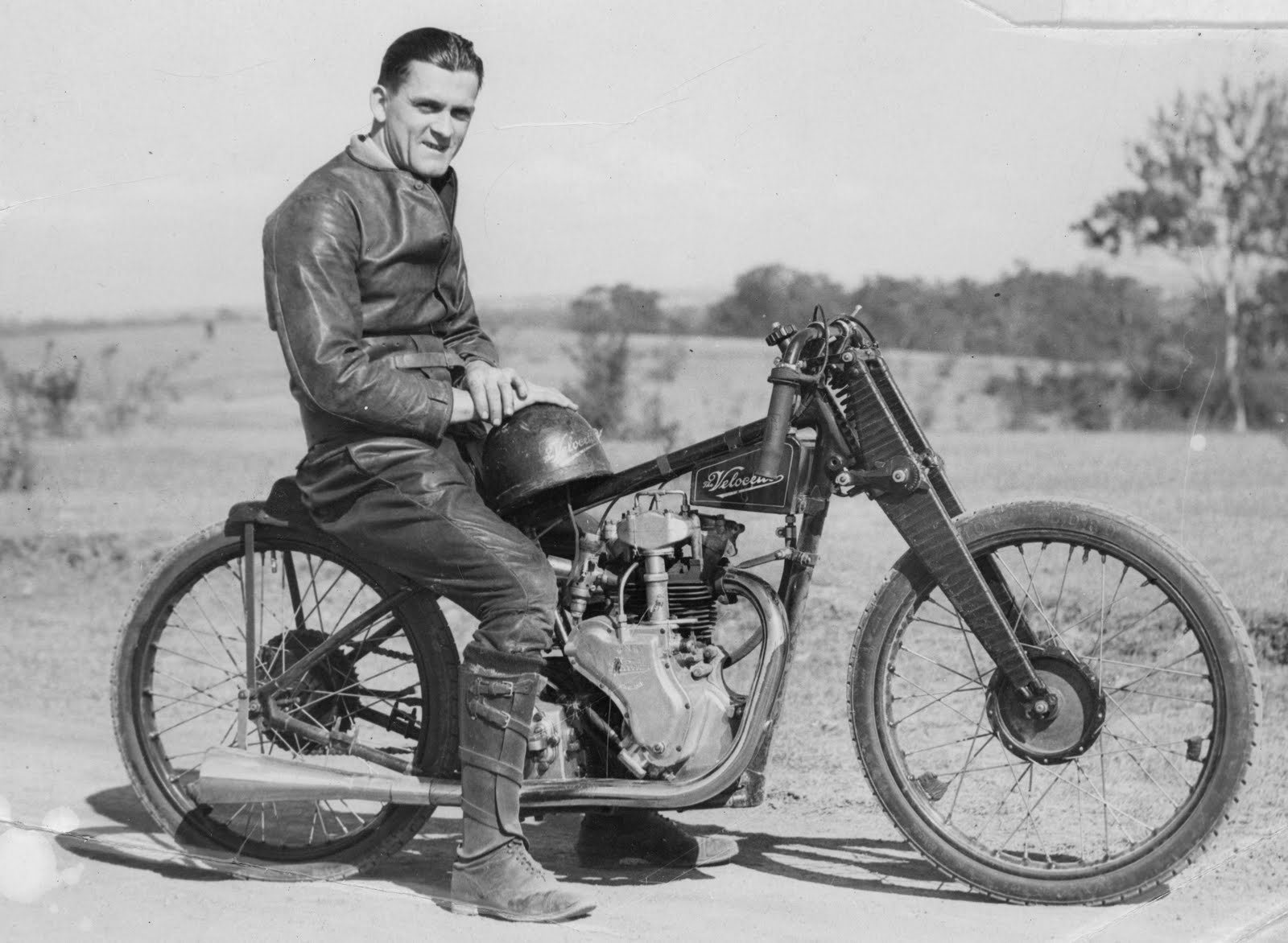 Tommy Jemison (pictured above) was the manager of the New South Wales Velocette distributor, he raced very successfully and won a number of events including the Australian and NSW GP & TT 250 races at Bathurst track in NSW in the years 1934, 1935, 1936 and 1938.

In 1938 he went on to set the 250cc Australian Land Speed record at 101.123mph (160+kph) during a dawn run on the Hume Highway (which had been closed for the attempt), Jemison’s record stood for 35 years before it was broken by another Australian, Bryan Hindle, in 1973 on a Western Australian salt flat. 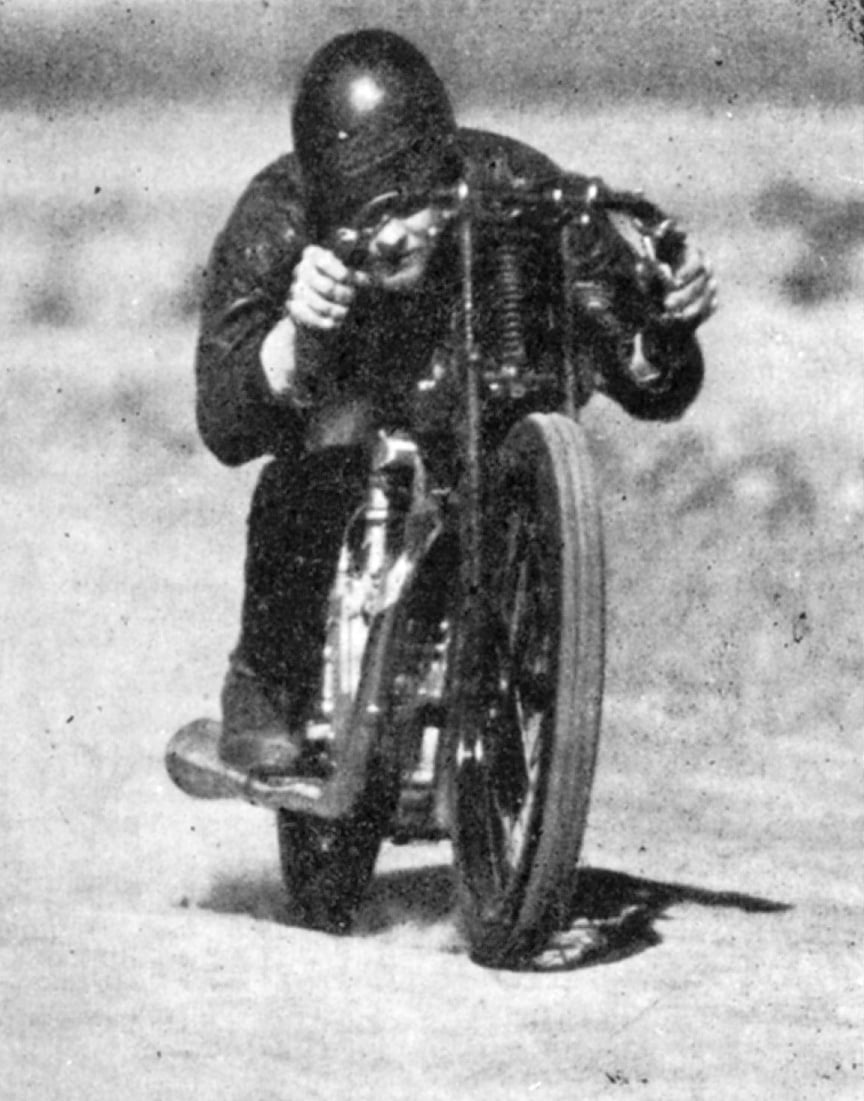