The Thrill Driver’s Choice is a film that was made by Chevrolet to showcase the engineering that went into their 1956 model year vehicles.

The film centers around Joie Chitwood and the famous Joie Chitwood “Hell Drivers” Thrill Show. Chitwood would personally crash over 3,000 cars (on purpose) over the course of his career, becoming a national legend in the process.

During the death defying performances of Chitwood and his Hell Drivers, standard Chevrolet vehicles were used. This was by design as it was a marketing gold mine for the automaker – they could extoll the engineering and toughness inherent to their designs to hundreds of thousands of show-goers each year. 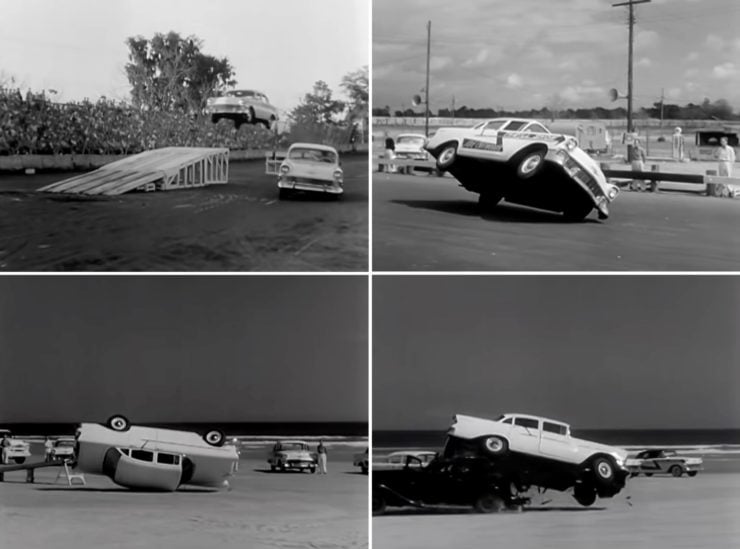 Joie Chitwood is said to have personally crashed over 3,000 cars over the course of his career. Later in life he became a car safety consultant, intentionally crashing vehicles for subsequent investigation.

This 10 minute film from Chevrolet was created with Joie Chitwood, it includes plenty of footage from his shows in the mid-1950s, and plenty of discussion about why he chose Chevrolets.

Interestingly during one of the Hell Driver shows in Butte, Montana a young man named Robert Knievel was in the audience. He was so impressed with the show that he vowed to become a professional dare devil himself.

He would grow up to be Evel Knievel, the most famous dare devil in history. 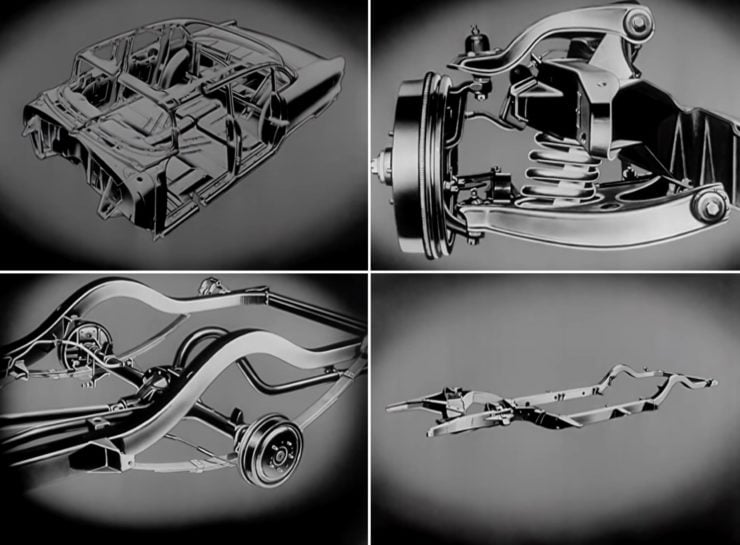 The film goes into detail about the benefits of Chevrolet engineering and why the cars were ideal for use by the Hell Drivers. There’s some exaggeration of course, it is marketing after all.

Over the course of his career Joie Chitwood performed thousands of shows across North America. He also doubled as a Hollywood stunt driver and coordinator, appearing in over 60 feature films starting with the 1950 film To Please a Lady starring Clark Gable and Barbara Stanwyck.

He would later perform the driving stunts in James Bond’s Live and Let Die, he also had a minor speaking role in the film.

Chitwood was inducted into the Motorsports Hall of Fame of America in 2010, he had earlier been added to the National Sprint Car Hall of Fame in 1993, The Eastern Auto Racing Club Old Timers Club inducted him in 1979, and he was the President of the 100 Mile An Hour Club at Indianapolis in 1967.

Read more about Joie Chitwood and his Hell Drivers here. 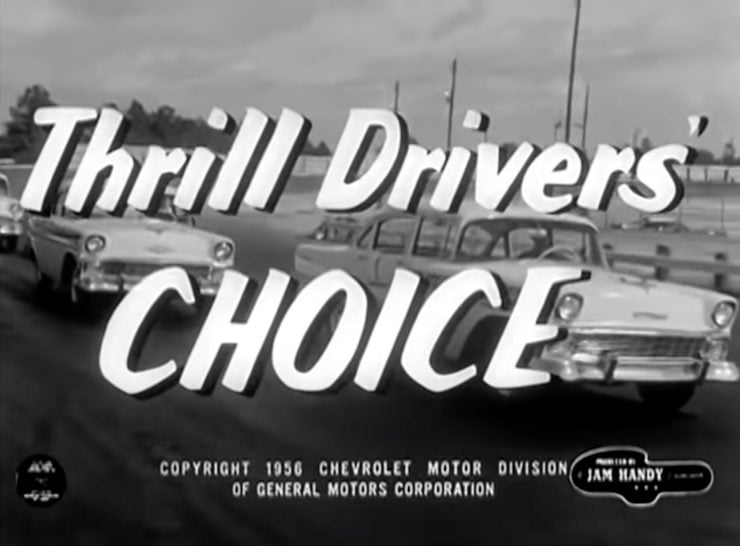