The Joie Chitwood’s Hell Drivers show started just after the Second World War in the USA as a traveling spectacle seen by hundreds of thousands of Americans each year.

Joie (that’s the correct spelling) had started out as a dirt track driver before moving up to NASCAR. After WWII he bought the ramps and cars from stunt driver Lucky Teter’s widow, after Lucky had been killed attempting a world record 170 foot ramp to ramp jump.

He started the Joie Chitwood “Hell Drivers” but also kept a busy NASCAR schedule, and it 1949 he got a big break when he was featured in the Clark Gable and Barbara Stanwyke film “To Please a Lady” – a semi-autobiographical film about a racing driver who leaves competitive motorsport to join the Joie Chitwood Auto Stunt Show.

Joie’s wife convinced him to stop racing in NASCAR a year after the film was released in the interest of his safety, it was good timing as Joie’s newfound coast-to-coast fame was gifting the Hell Drivers with packed grandstands across the country.

Joie would hand the business over to his son Joie Jr in 1965, and the show continued with various Chitwoods driving throughout the ’60s, ’70s, ’80s and ’90s. Over this time the Chitwoods would also be hired as stuntmen for dozens of films and TV shows including James Bond’s “Live and Let Die”, and the TV shows “CHiPs” and “Miami Vice”. 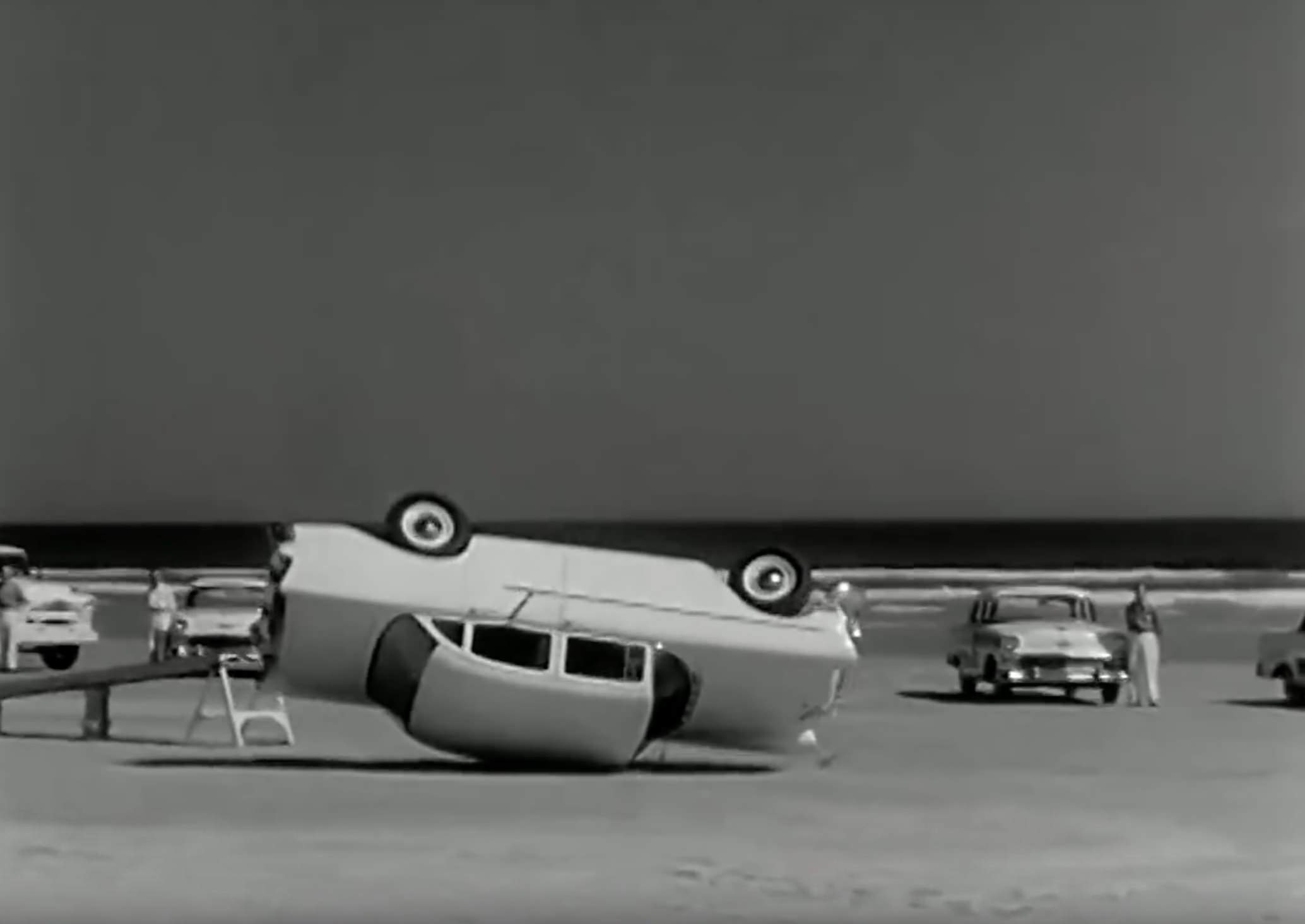