The Phantom 1903 by Phantom Bikes

The term “motorised bicycle” is not generally associated with coolness. Until now that is. Meet the Phantom 1903, a hand-built motorised bike that you’d kill a Nun for.

Phantom Bikes started out as a group of friends building retro motorised bikes for fun, before they knew it people wanted to buy them, so they rented a warehouse in San Diego and never looked back.

The Phantom 1903 has a springer front end, a 50cc motor, super-wide aluminium rims and an aluminium adjustable quill stem. We don’t know what that last one is but it sounds suitably old fashioned. The bikes can be either motor or pedal powered and sell for $1,950 USD a piece (brand new). 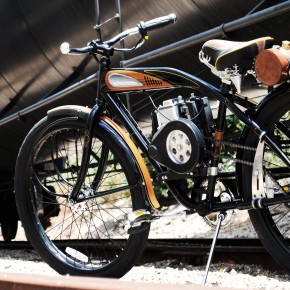 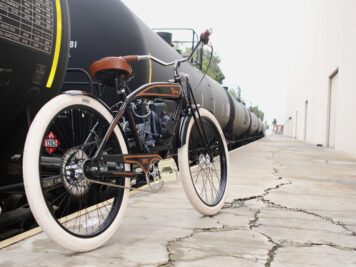 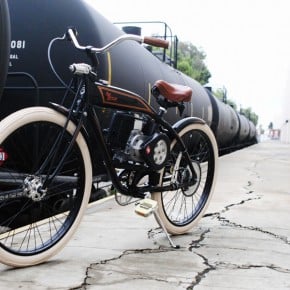 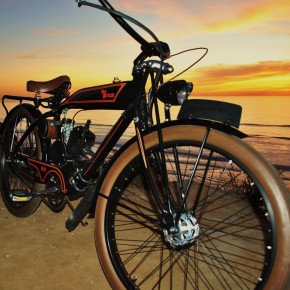