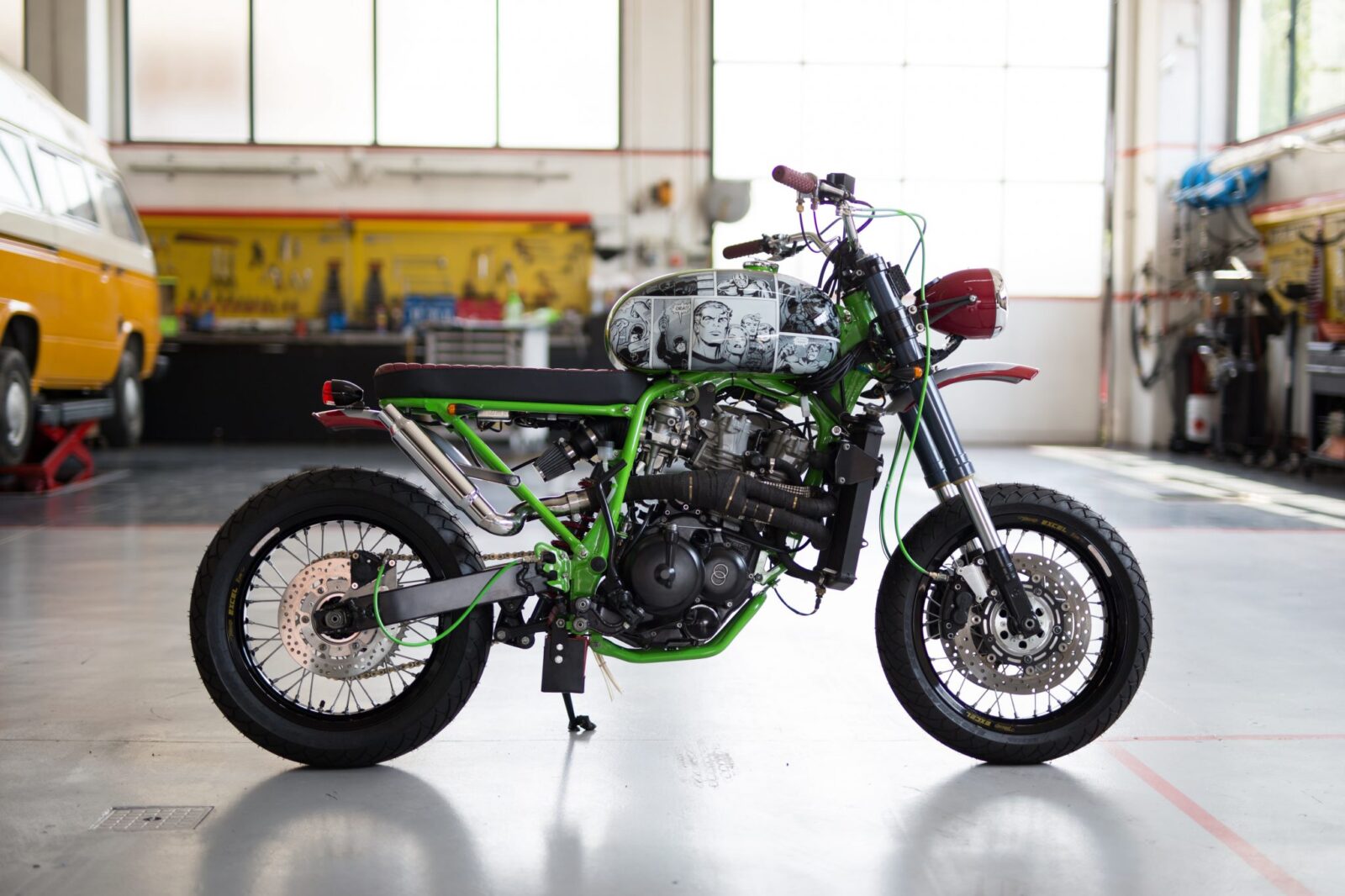 The-Marvel-Ous is the work of Riccardo Casarini, an Italian motorcycle builder who grew up in a family of classic car restorers in the town of Voghera in Northern Italy. He grew up having adventures on bicycles as many of us did, developing a love of two wheeled machines in the process. After high school Riccardo went to the University of Pavia where he attained a degree in philosophy, fittingly his thesis was titled “Aesthetic of Speed”.

After graduation Riccardo spent time in Barcelona working on custom motorcycles, before moving back to Italy and starting Ludwig – to build his own creations.

The-Marvel-Ous started life as a Gilera Nordwest 350, a ’90s era adventure bike with a DOHC, liquid cooled, four stroke, single cylinder engine capable of approximately 33 hp. For the early 1990s, the Nordwest 350 was a relatively advanced motorcycle, it was fitted with 41mm upside down forks, twin front discs, a “Power Drive” monoshock, and the engine was utilized as a stressed member to help keep weight down to 140 kilograms (dry). 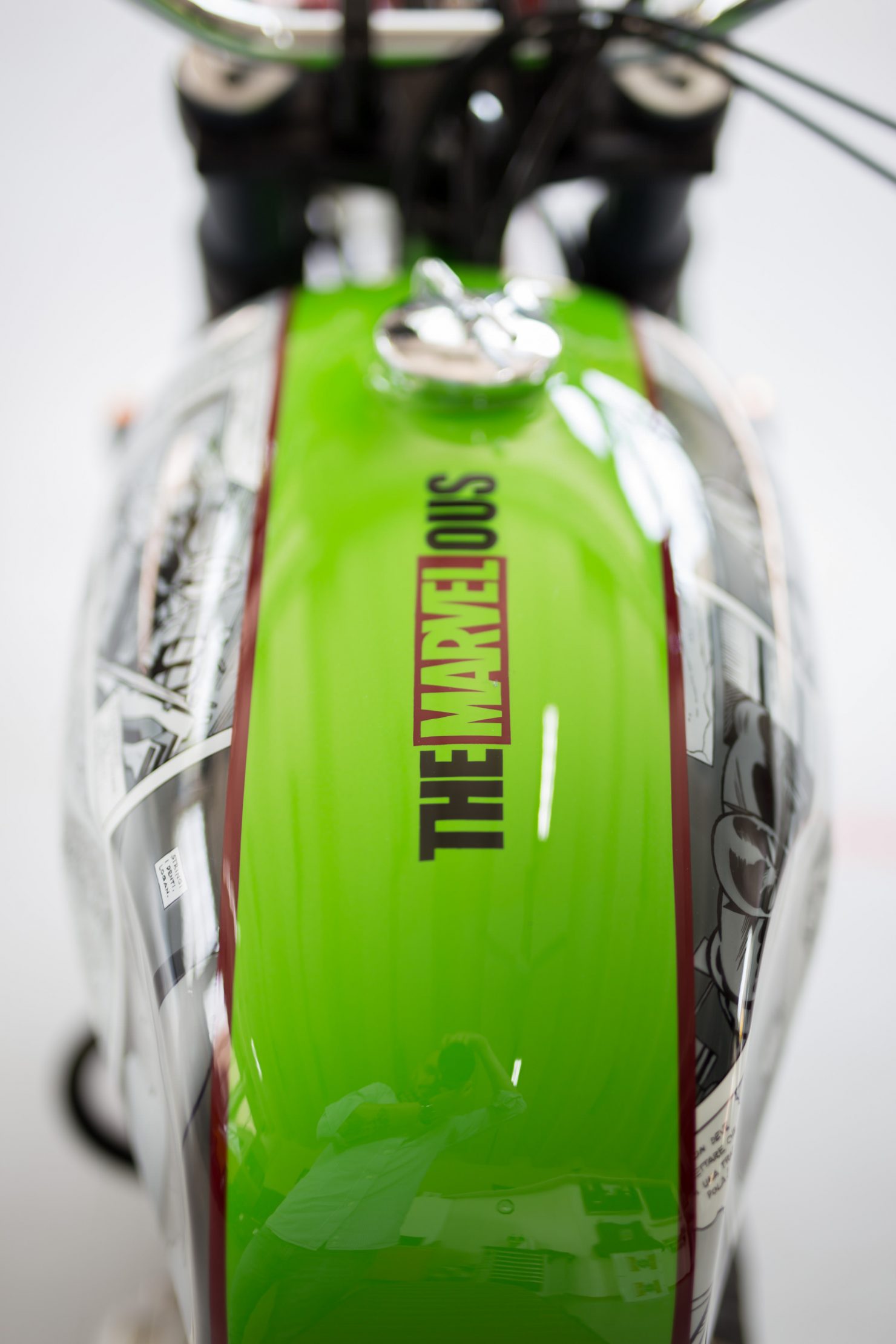 The original Gilera 348cc engine wasn’t quite punchy enough for what Riccardo had in mind, so he picked up a Gilera RC 600 motor and reconditioned it. Once the new engine was ready to go he squeezed it into the bike, and then decided to swap out the original 270mm front discs for a 310mm twin disc set from a Yamaha Fazer, with a new 245mm single disc on the back sourced from a Ducati Monster. The additional stopping power was needed to balance the significant power output increase from the new engine – taking the bike from 33 hp to 53+ hp.

Due to the fact that the bike was built with a more direct road-going focus, the oil in the forks was swapped out for a replacement with higher viscosity, and a new piggyback Boge monoshock was fitted in the rear.

The original plastic fender was swapped out for new units front and back, a new headlight was sourced too, as well as a more traditional looking fuel tank. Once a seat seat pan had been shaped up it was upholstered with a generous layer of foam to keep it comfortable on longer rides.

Perhaps the most eye catching element to the build is the paintwork. It was influenced by the Bertolt Brecht quote “Unhappy is the land that needs a hero” and it was completed by the Italian artist Frank FK. The fuel tank looks like the sort of thing you might find on display in a modern art gallery, and I certainly wouldn’t say no to putting on the mantlepiece.

If you’d like to see more of Riccardo’s unconventional work you can click here to visit Ludwig. 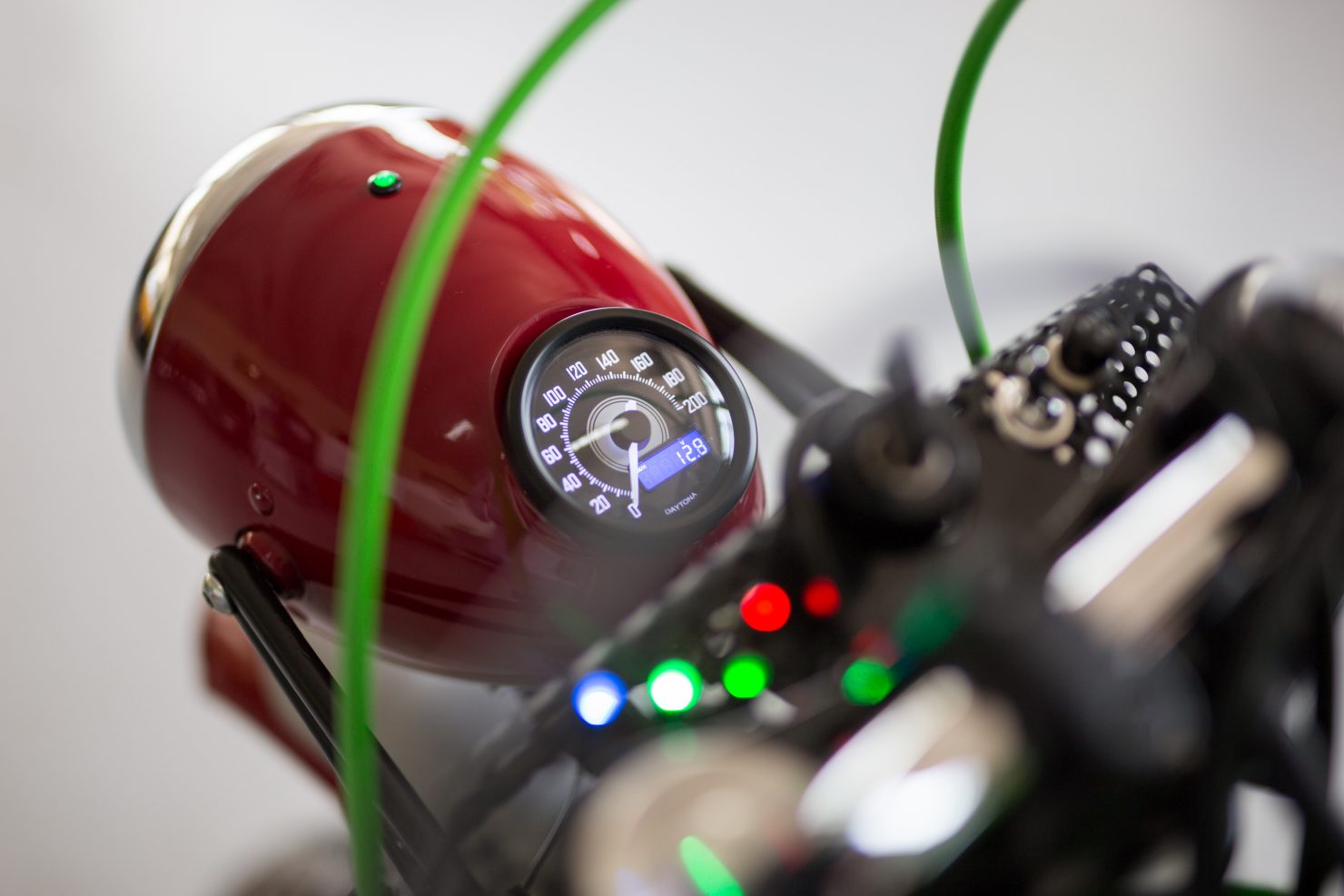 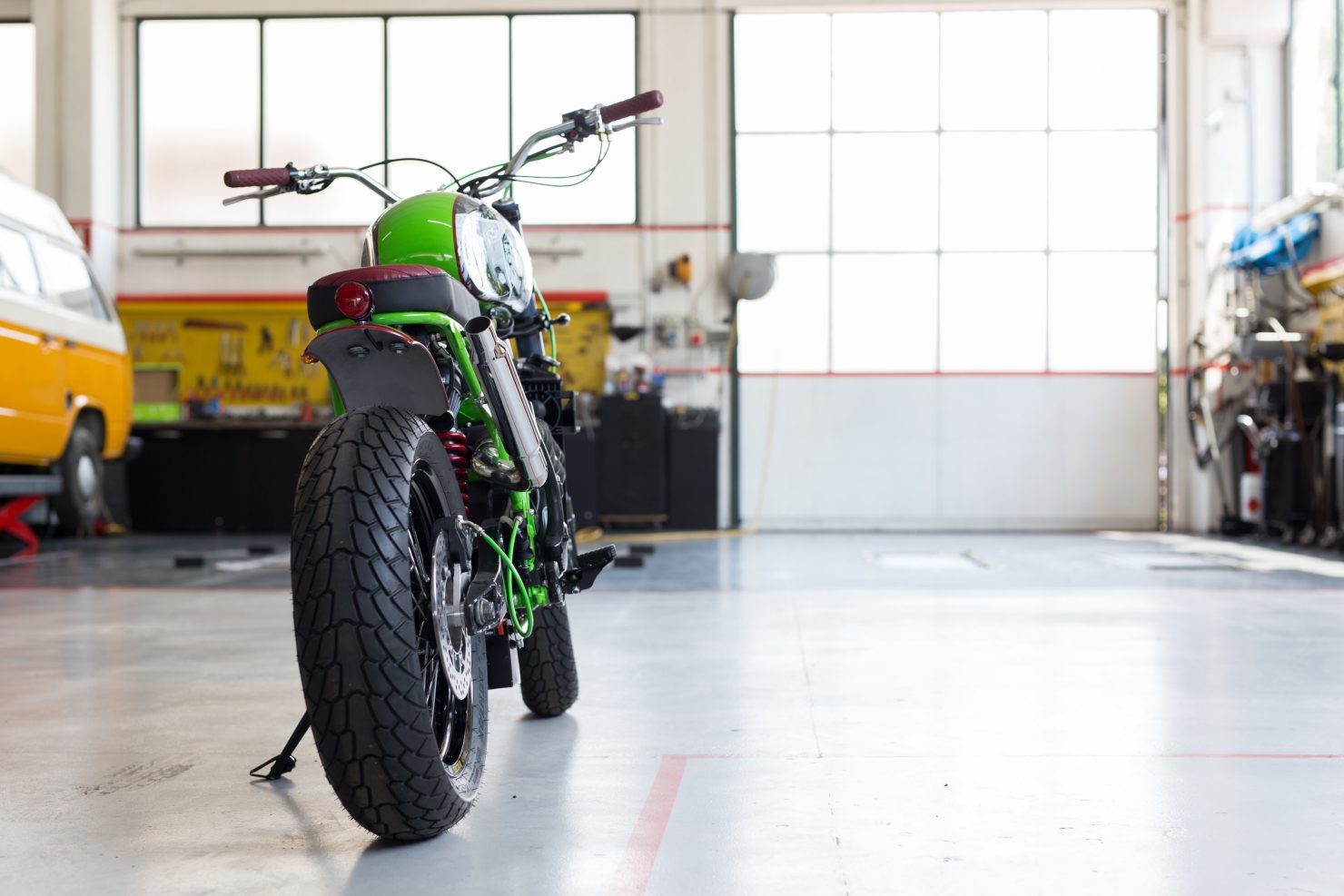 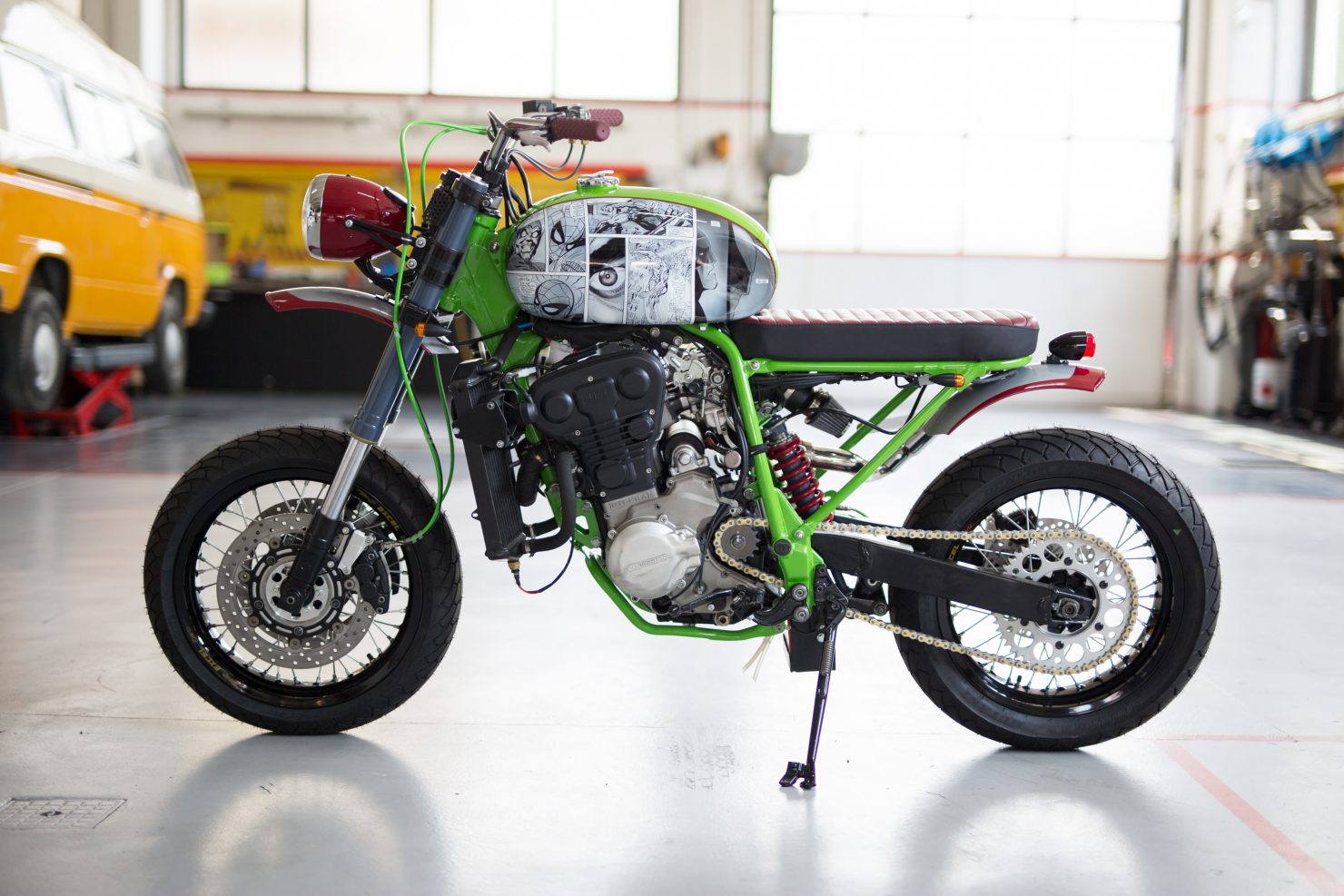 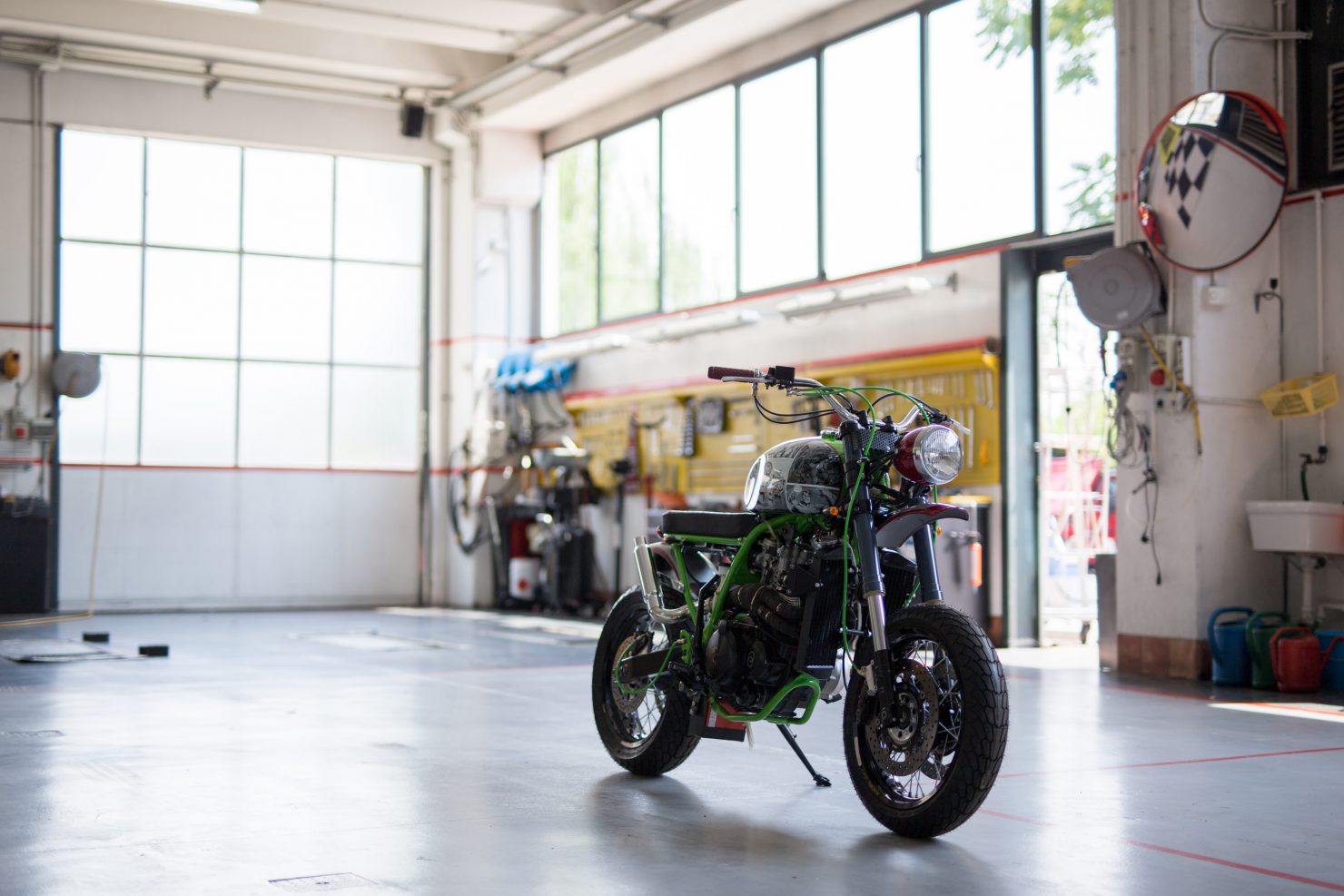 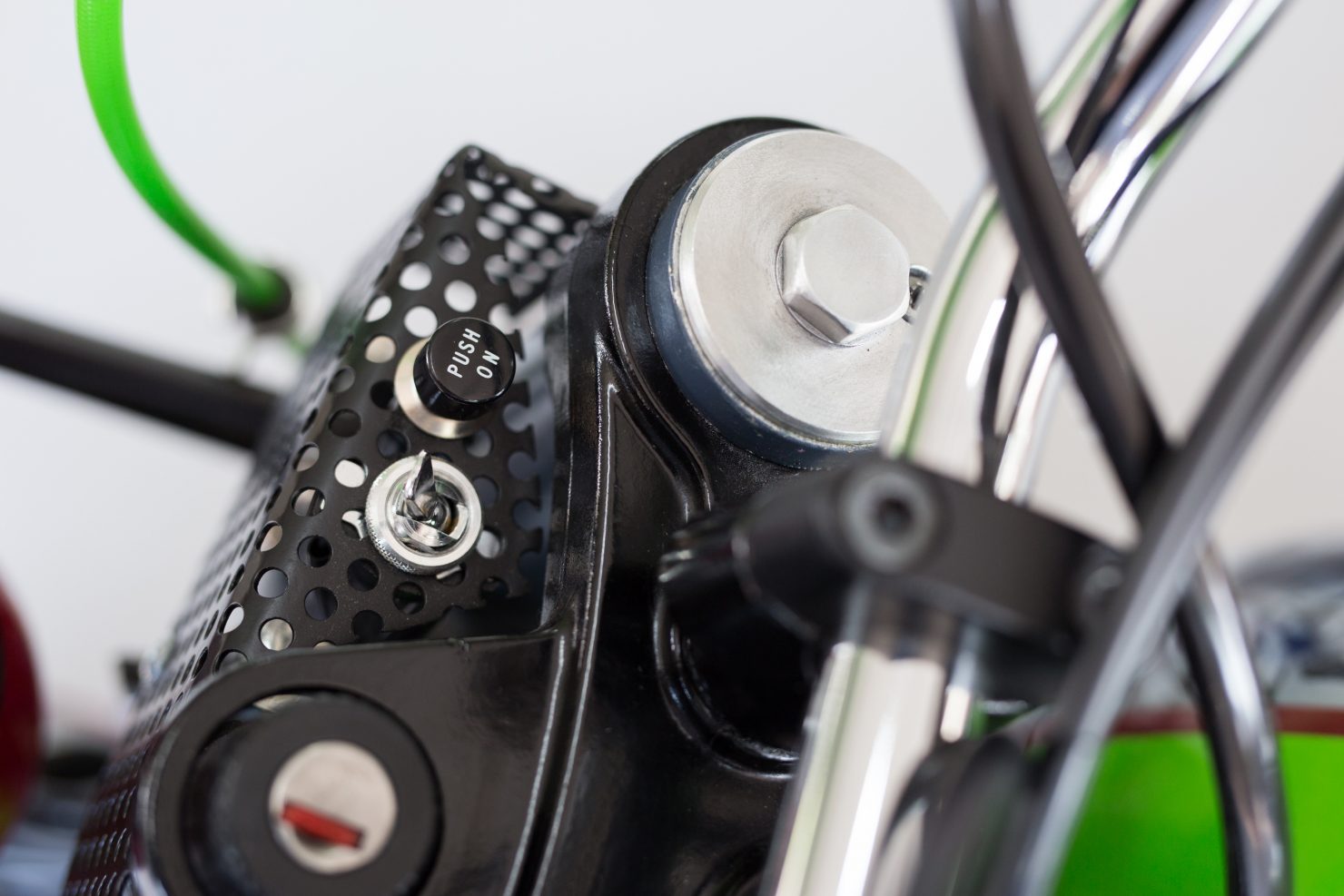 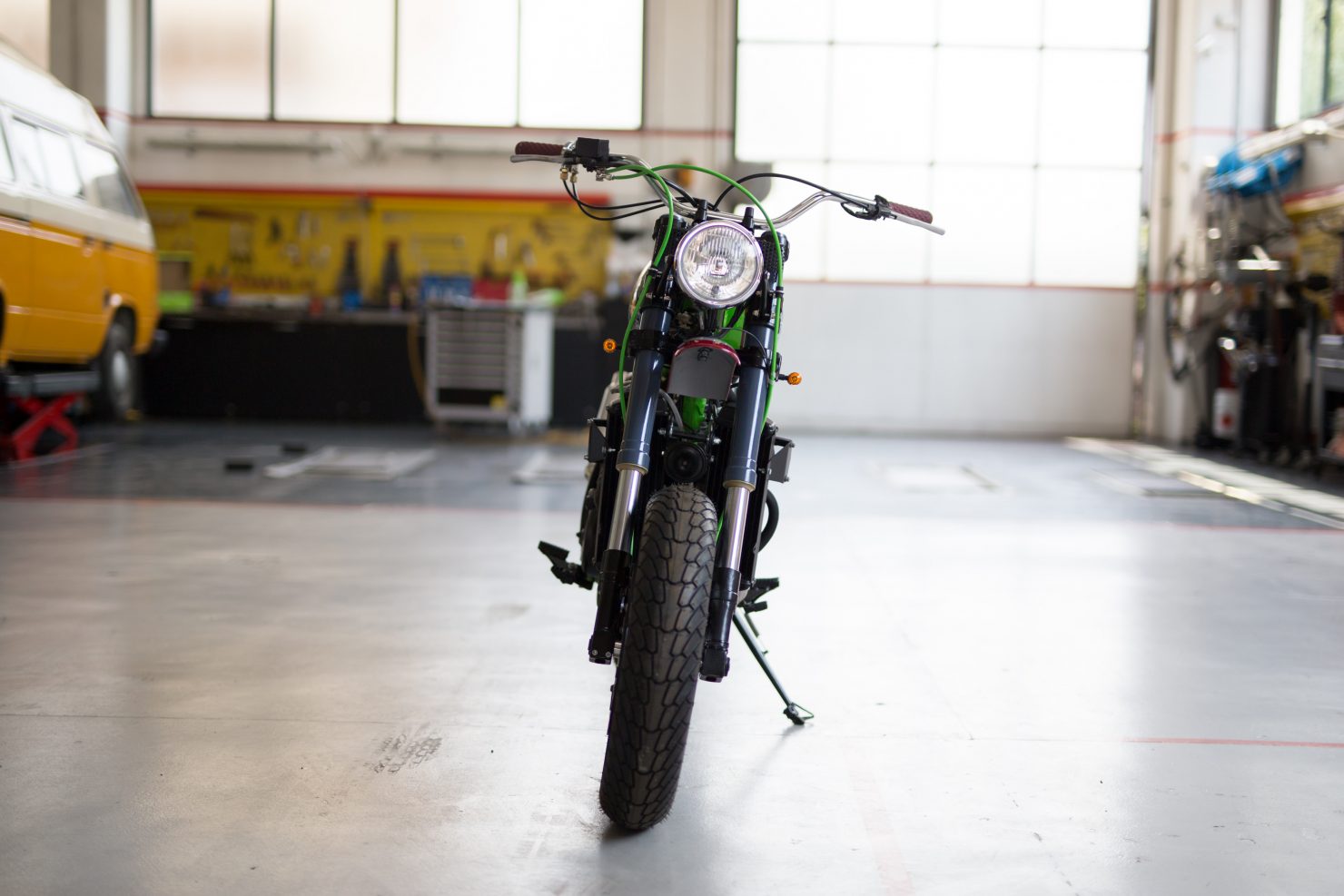 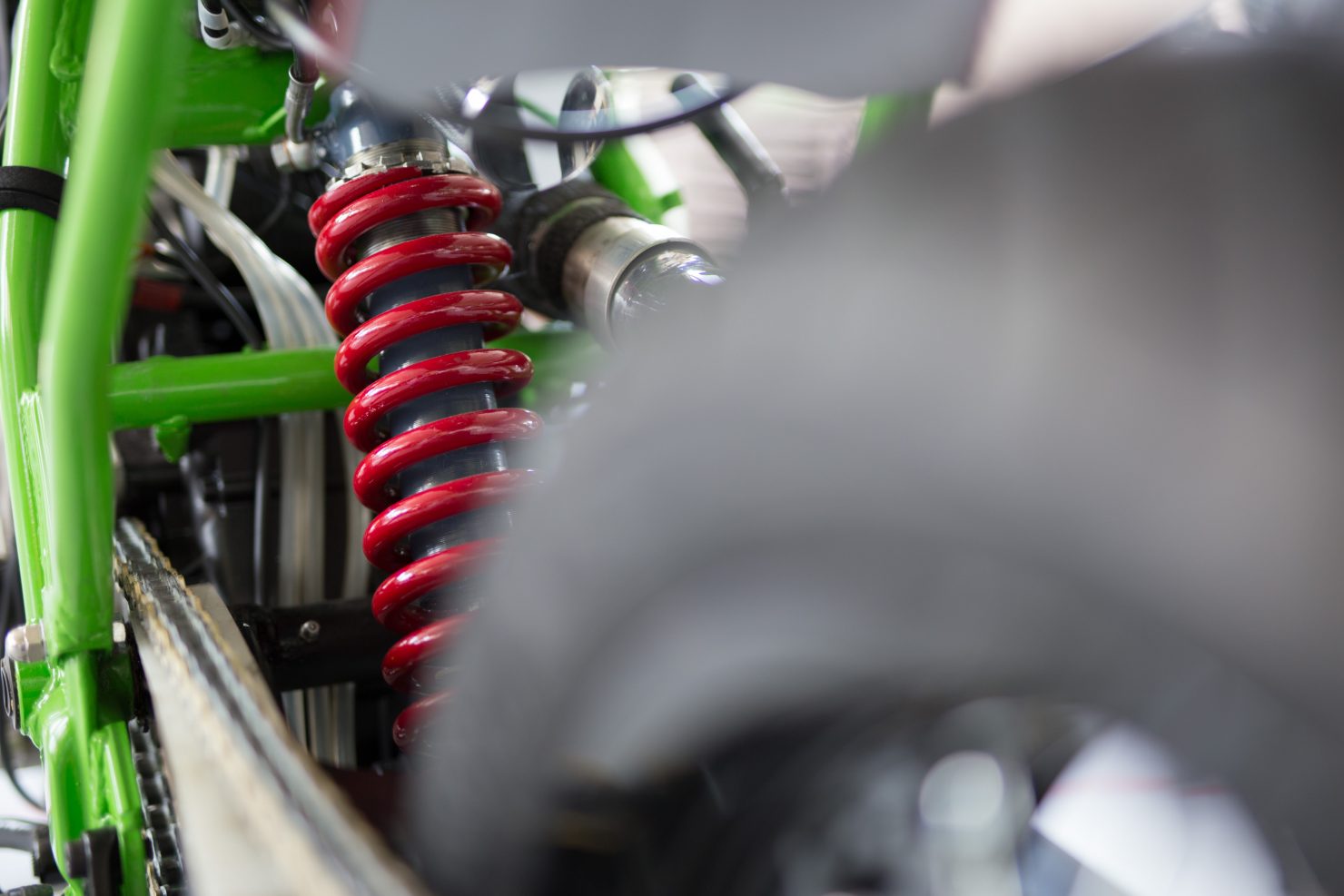 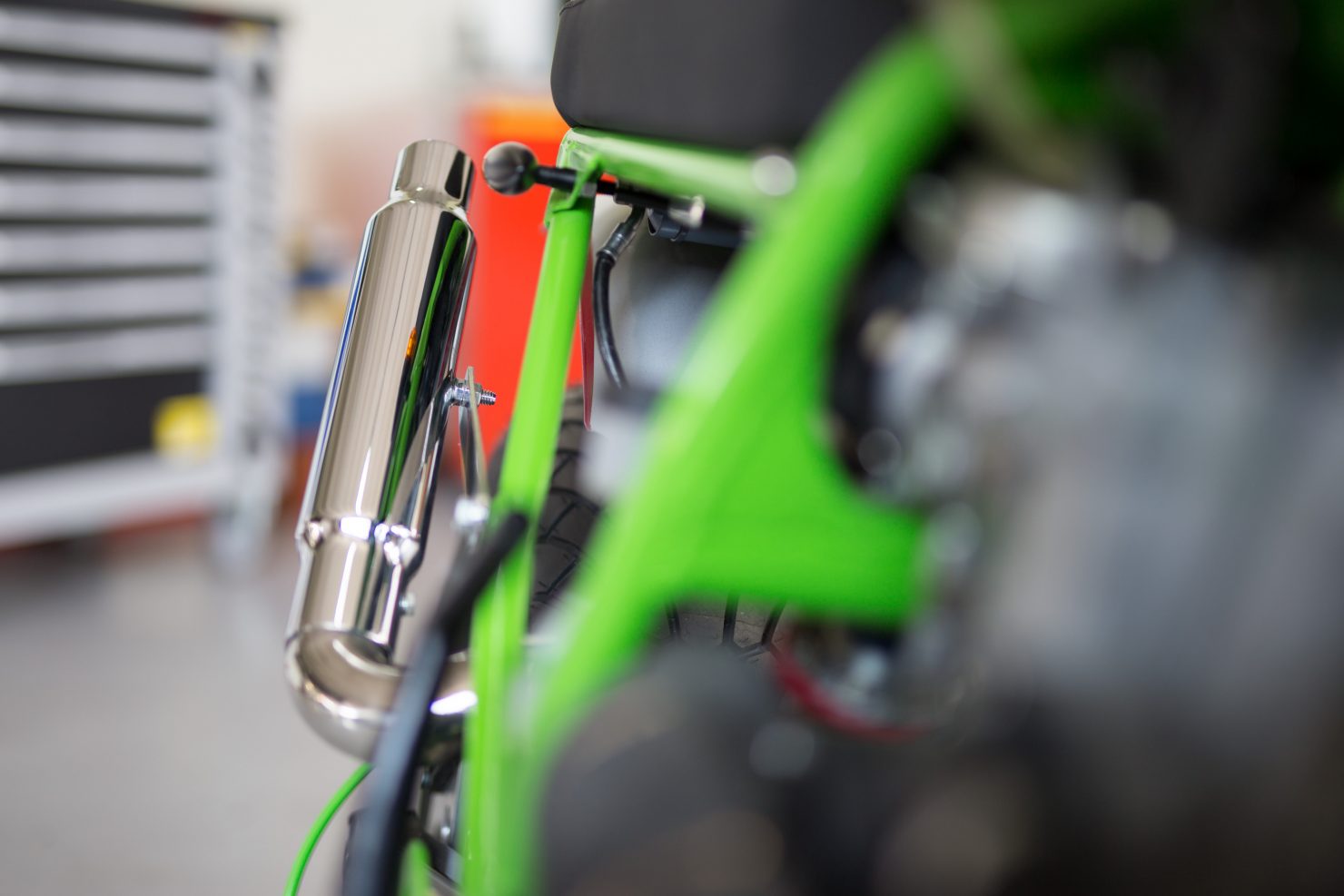 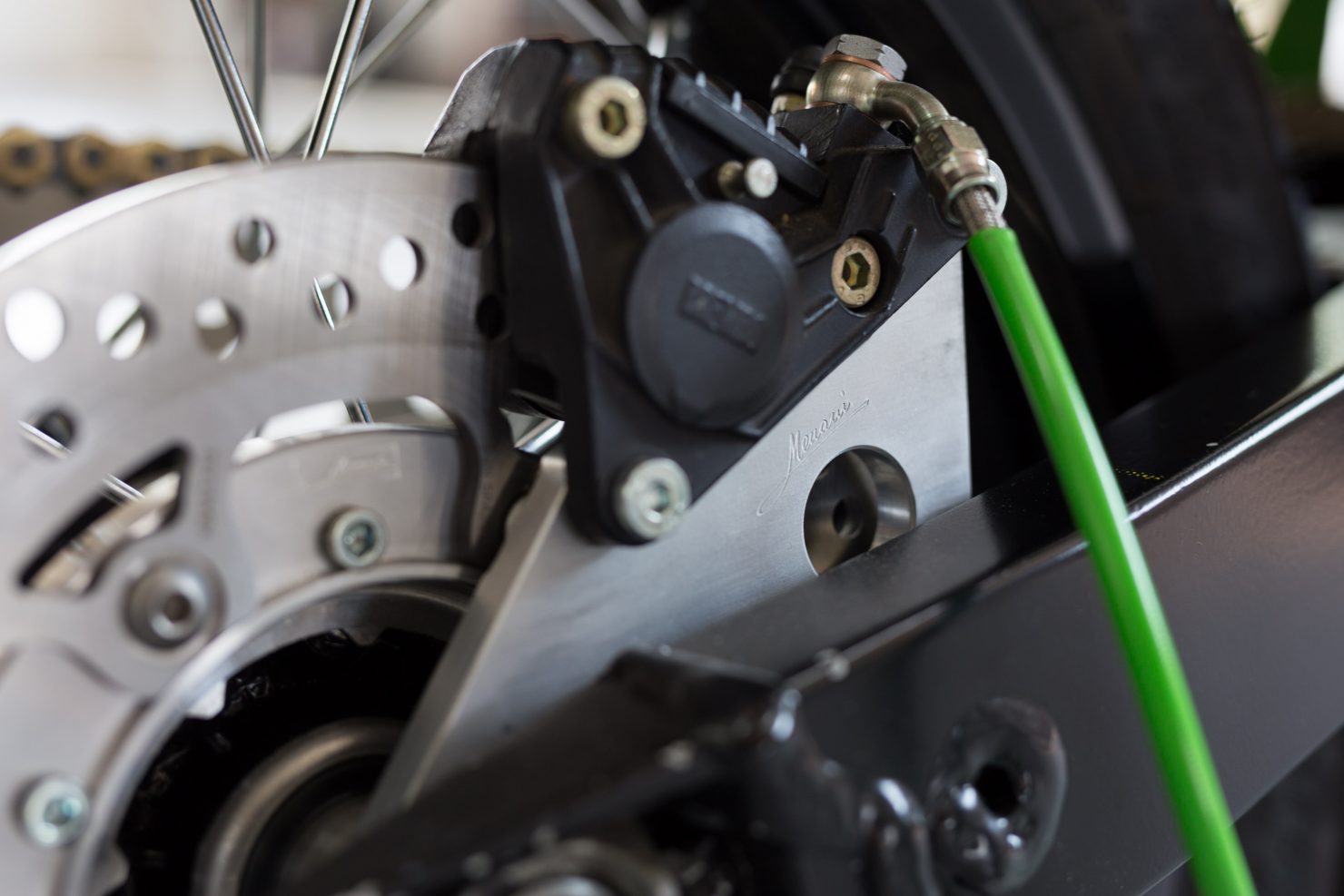 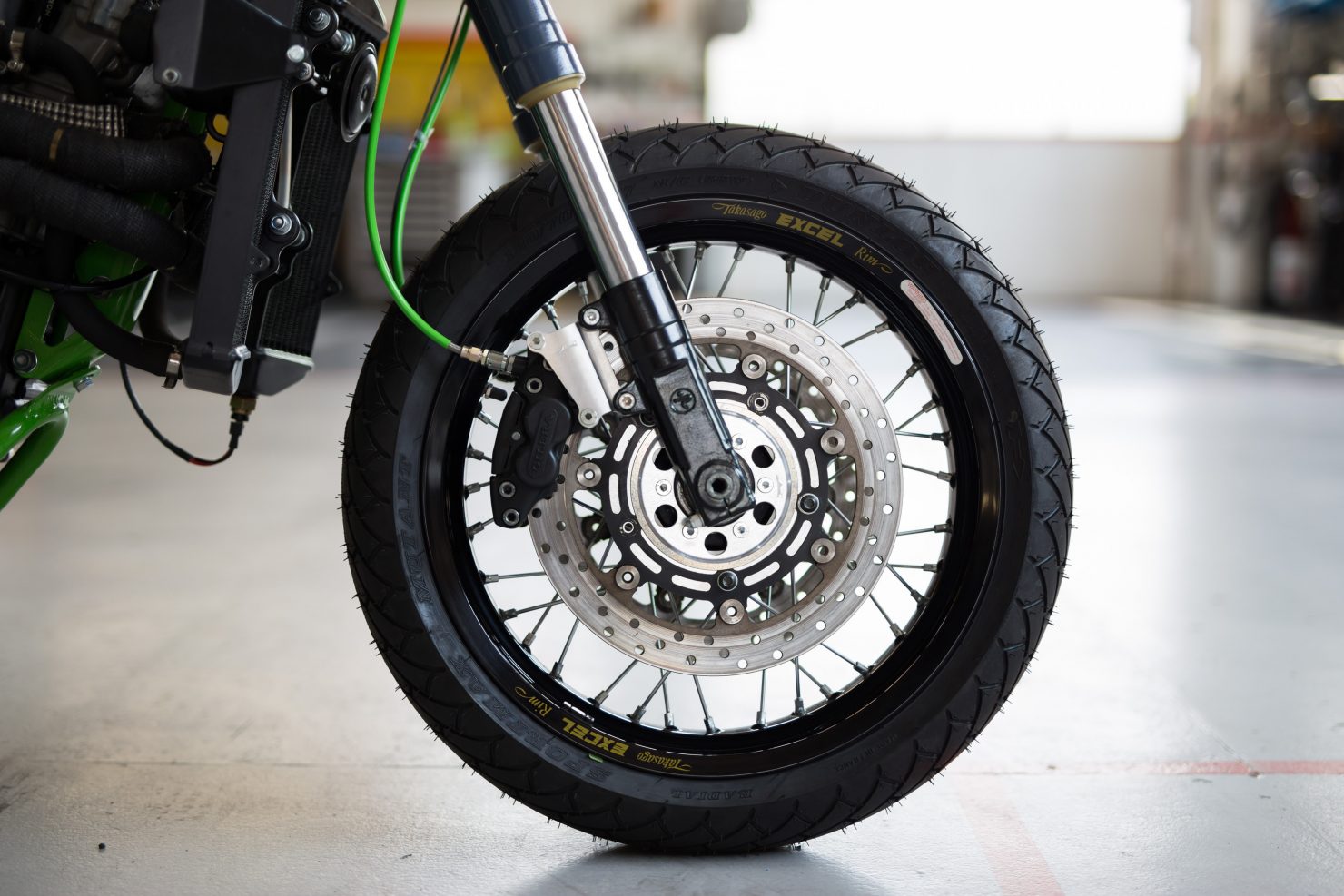 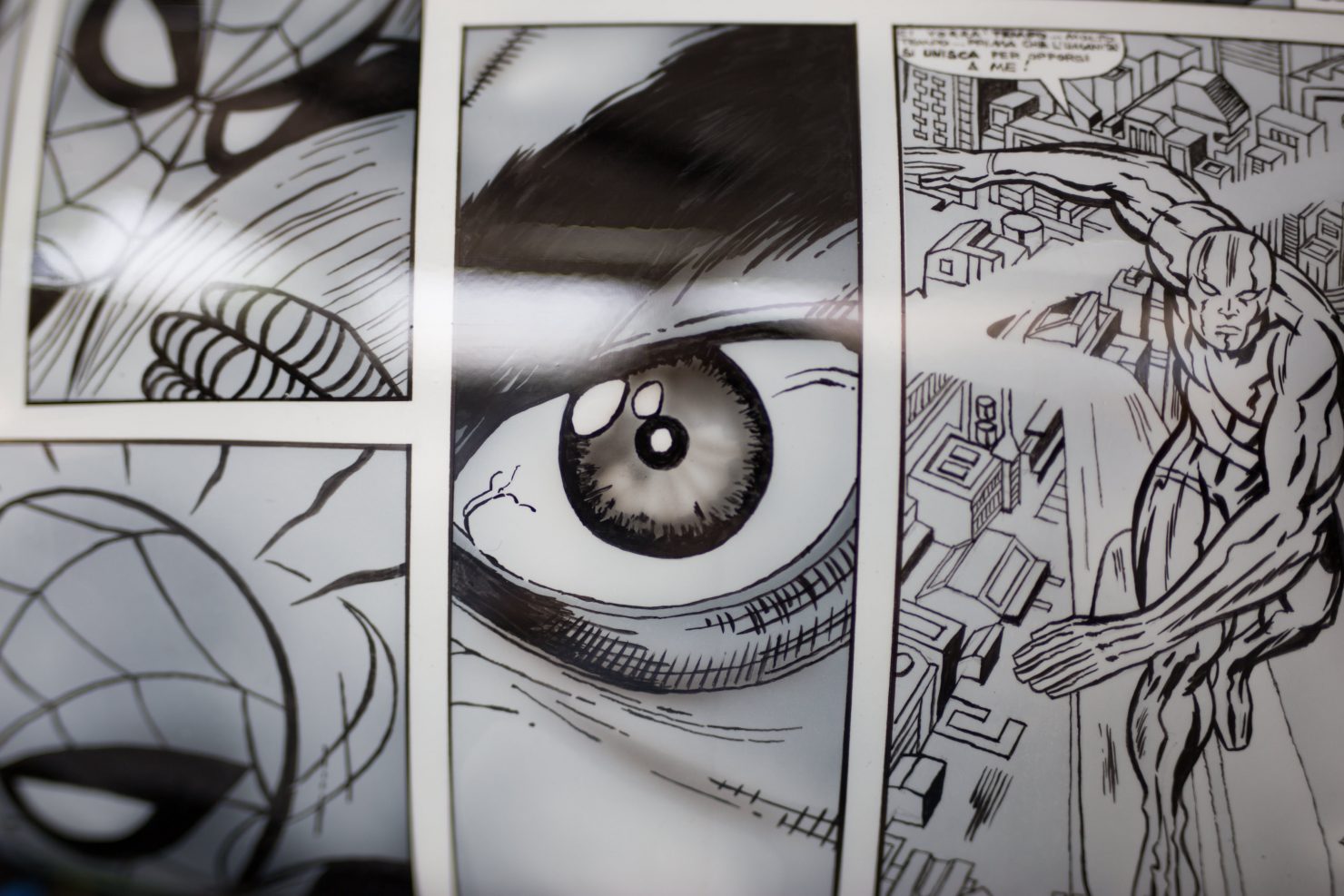 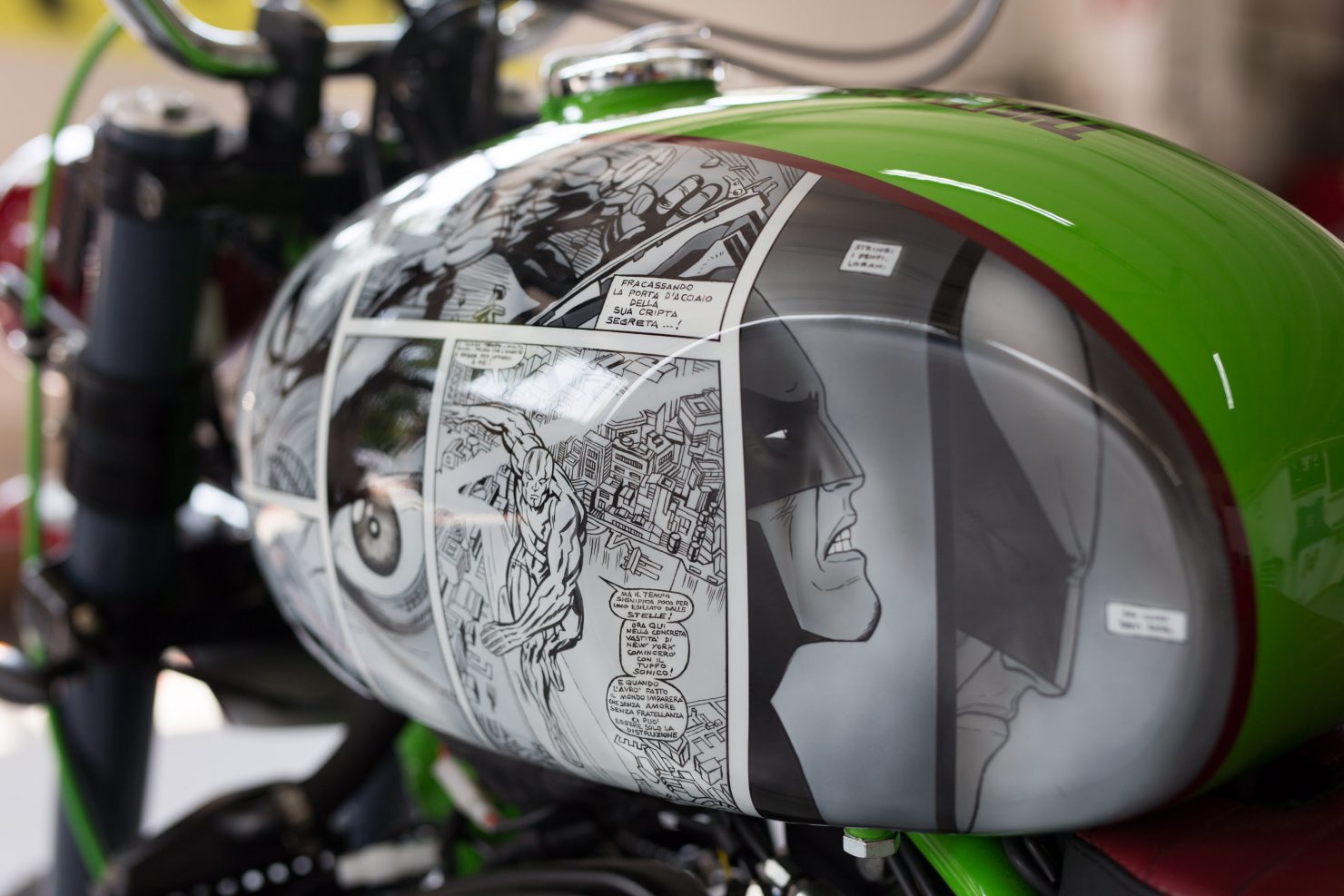 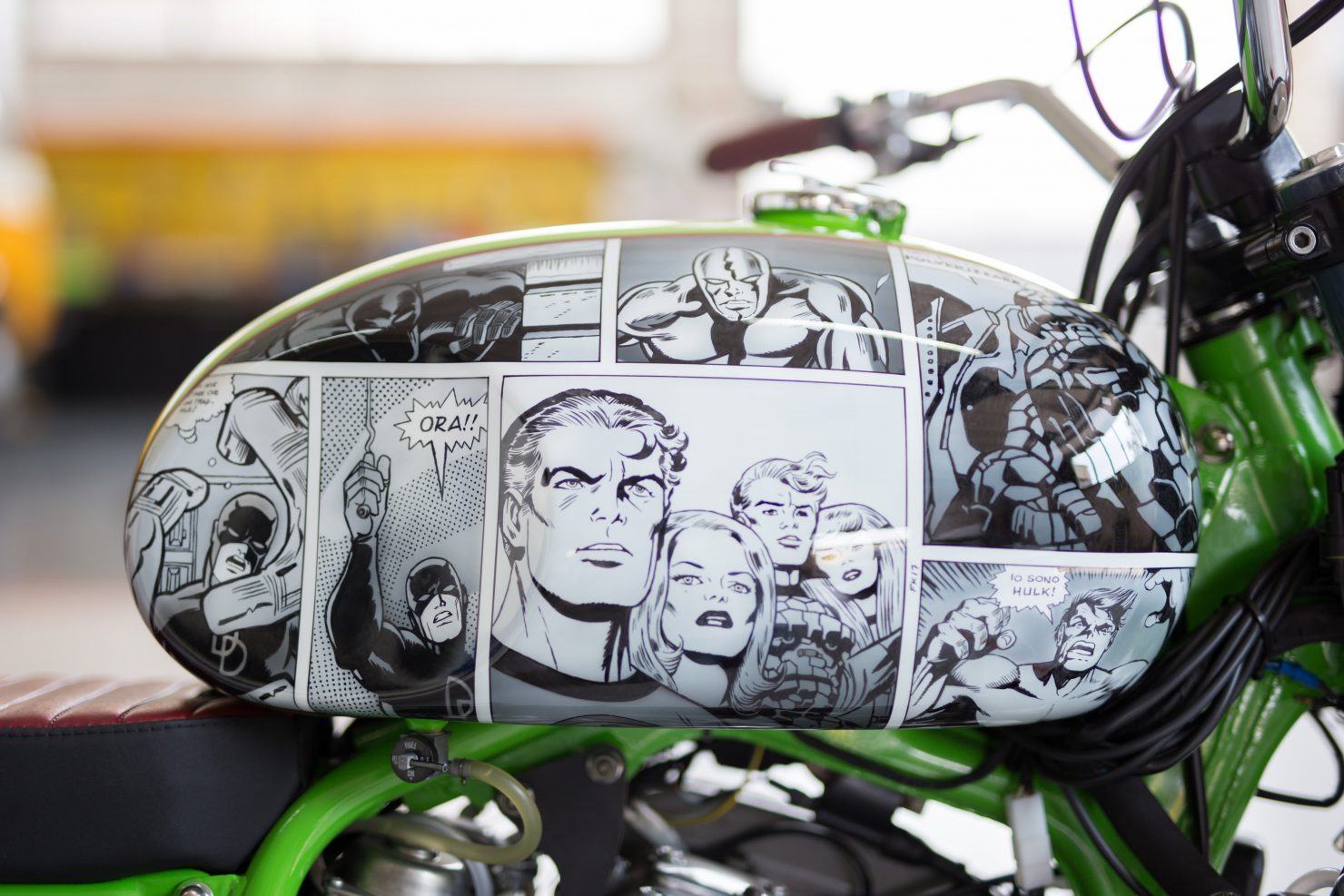 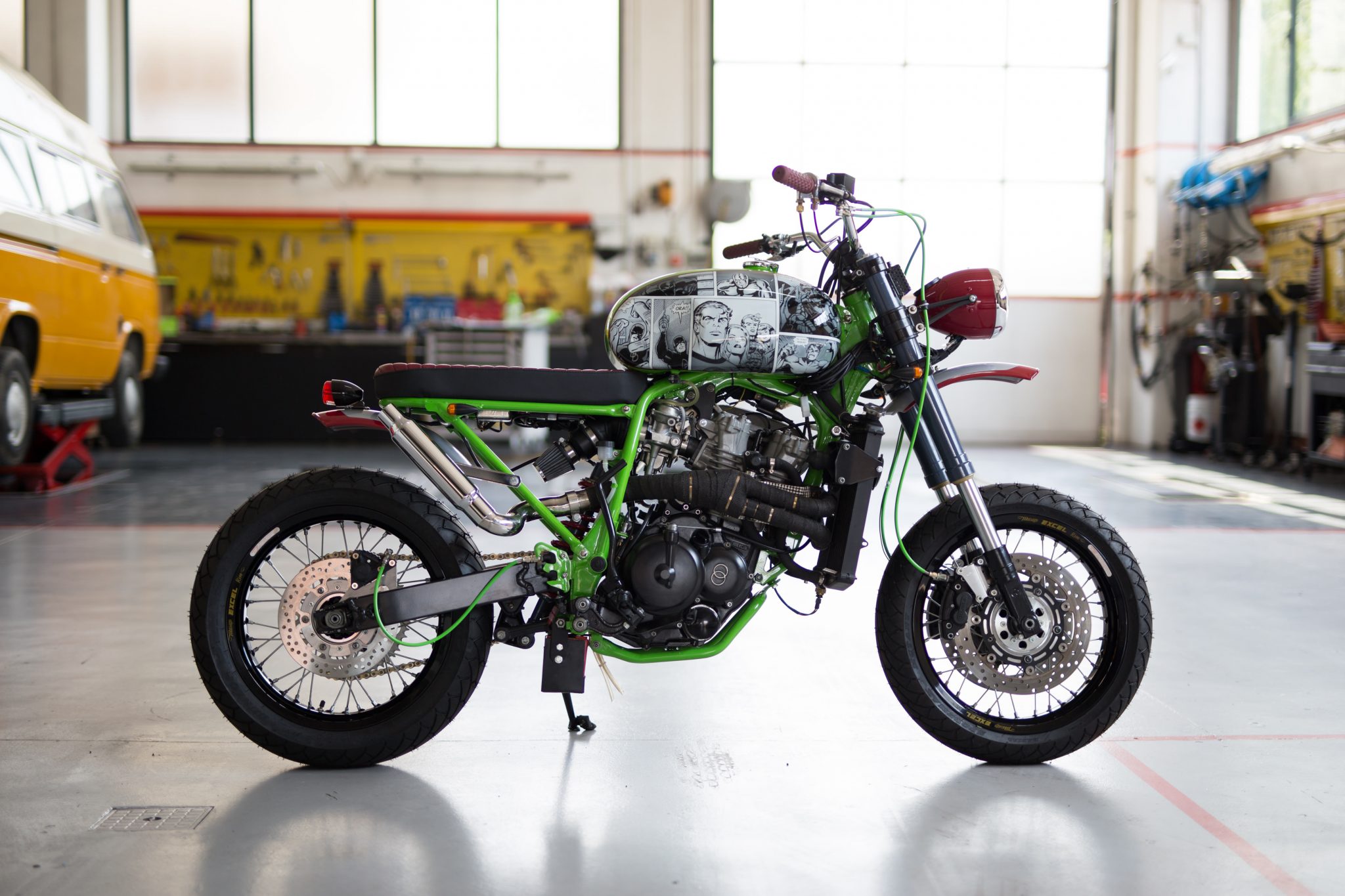