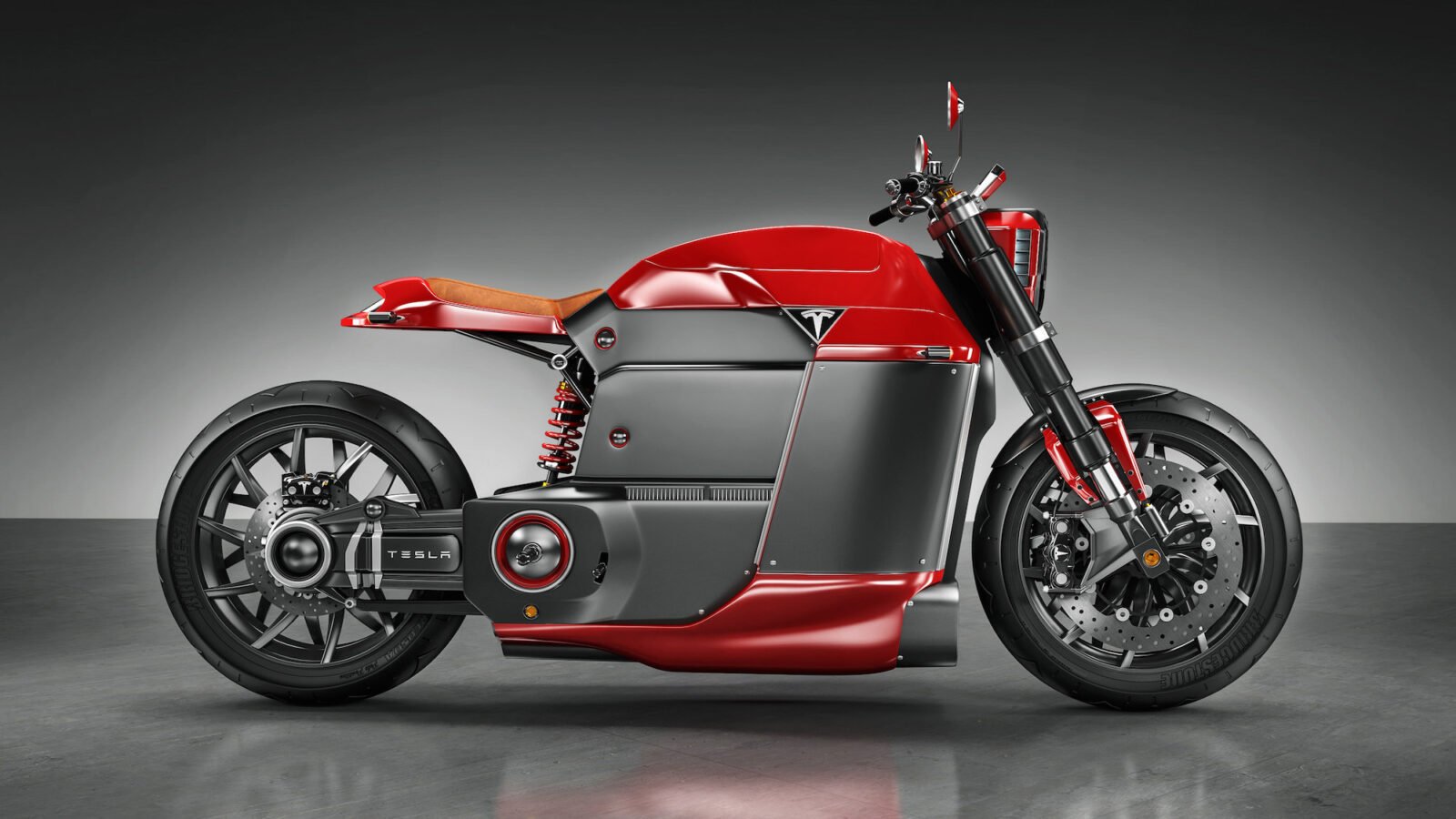 The Tesla Model M is a new motorcycle concept being shown here on Silodrome exclusively thanks to well-known designer Jans Slapins, the man who created the very popular Lamborghini Rat Rod and BMW Urban Racer concepts. Jans specialises in creating vehicles that are right on the edge of what is possible, and while it’s unlikely they’ll ever see the light of day, they do provide food for thought for designers, engineers and enthusiasts.

At its heart, the Tesla Model M is the electric motorcycle that Tesla might build, if they ever turned their attention to two-wheeled transportation. The staggering success of the Tesla Model S and the excitement around the upcoming Tesla Model X have taken many in the automotive industry by surprise, and as if running Tesla wasn’t quite challenging enough – Elon Musk also runs Space X.

This concept utilises a 150kW electric motor with four computer controlled modes: Race, Cruise, Standard, and Eco. Lithium-ion batteries are mounted as low as possible within the aluminium frame to keep centre of gravity as close to the asphalt as feasible, and the fuel tank location is used as a water-tight storage compartment for a backpack, laptop and anything else the rider needs to carry – including a full face helmet. The wheels are carbon fibre to reduce unsprung weight and suspension is provided by a mono shock at the rear and upside down forks up front – interestingly there’s no transmission, as electric motors produce 100% of their torque from 0 rpm. 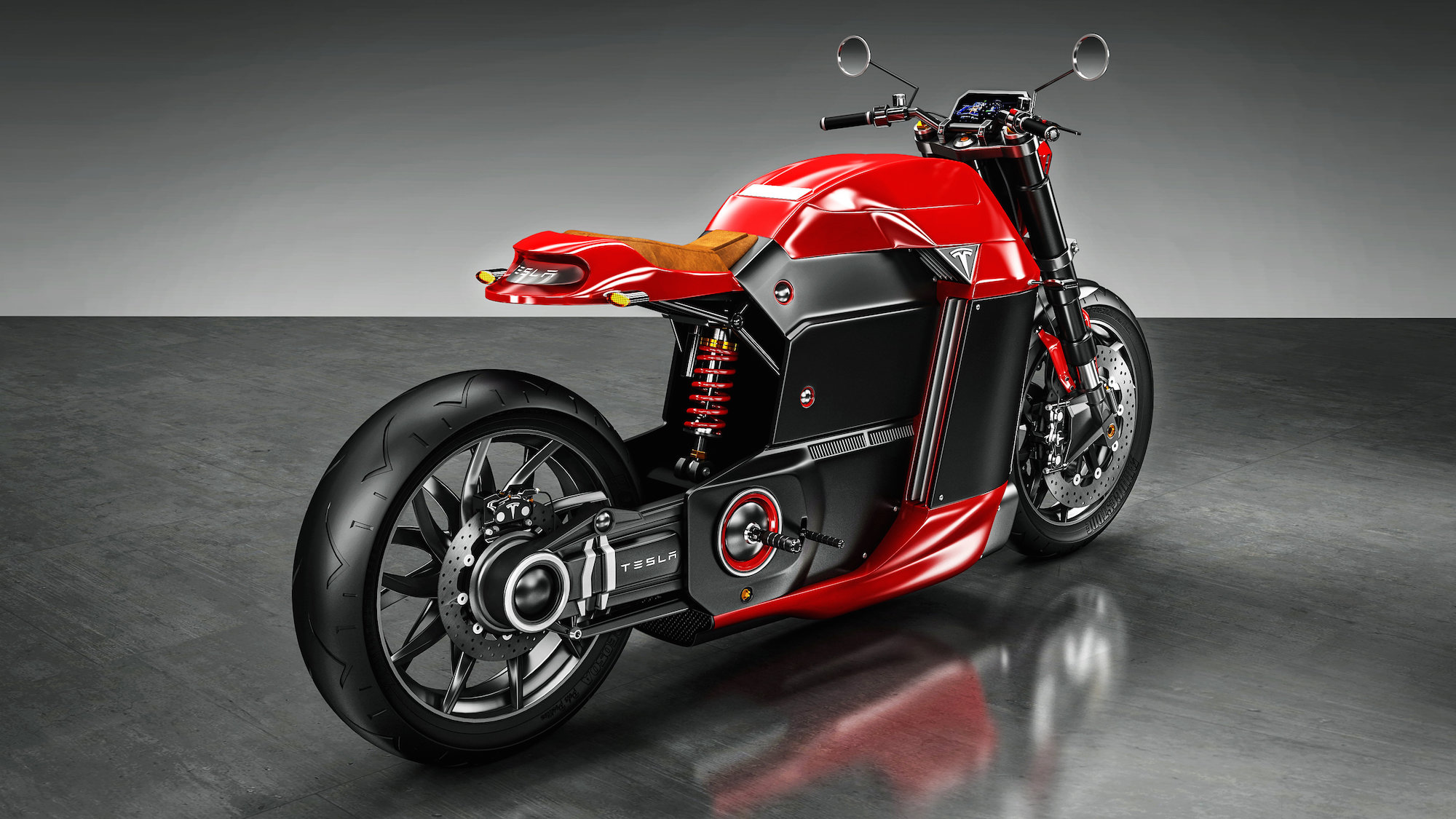 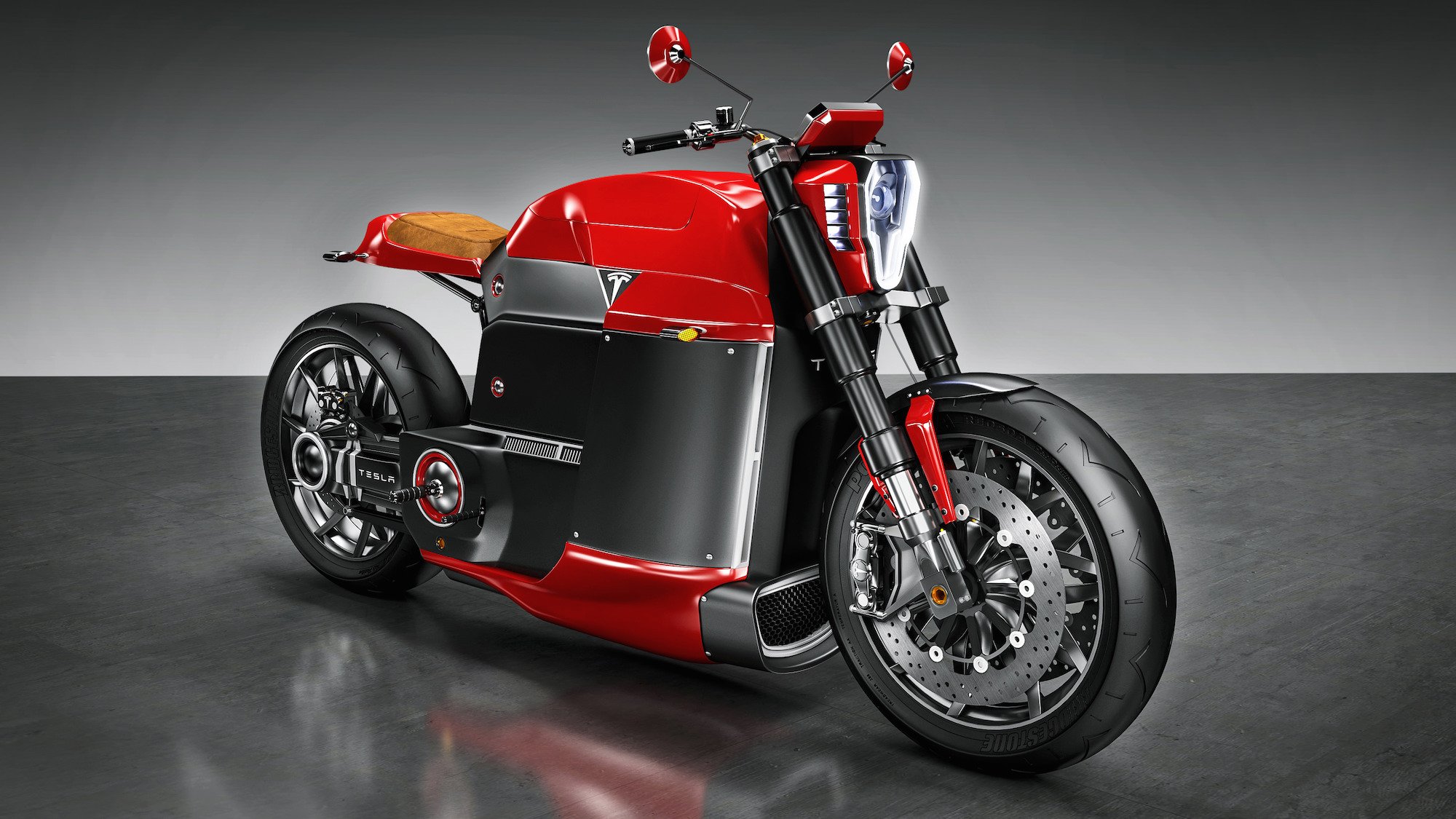 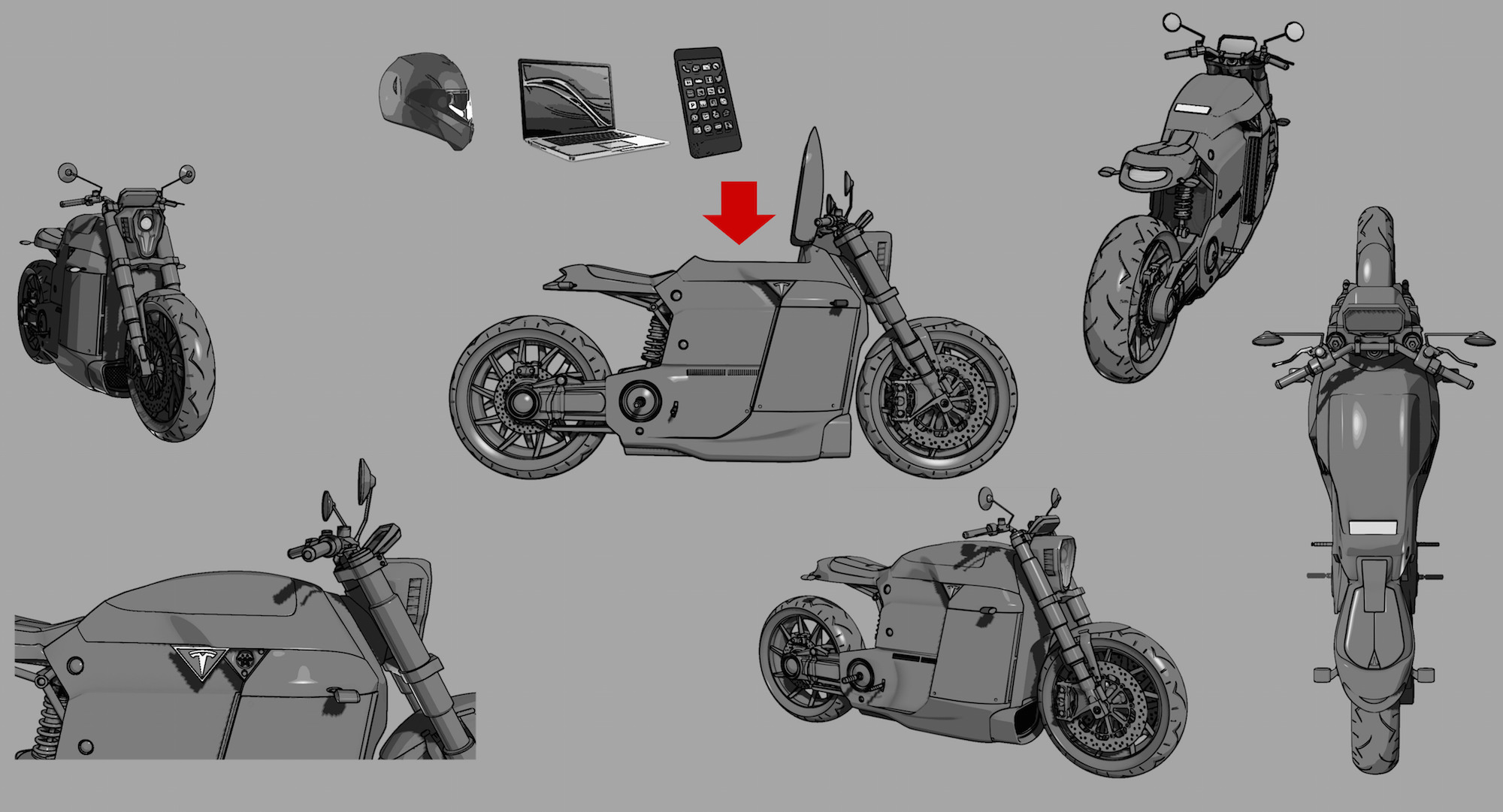 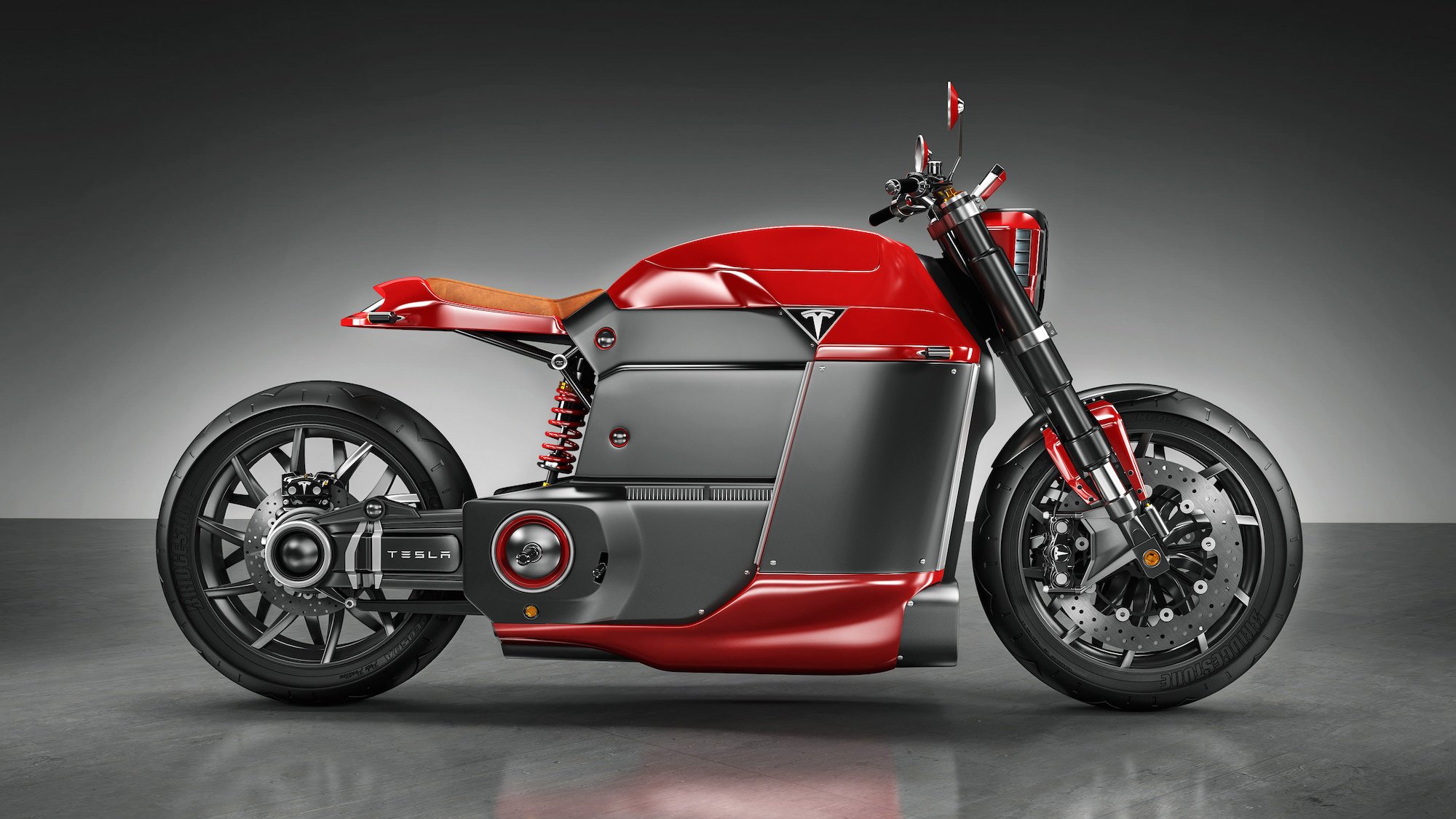