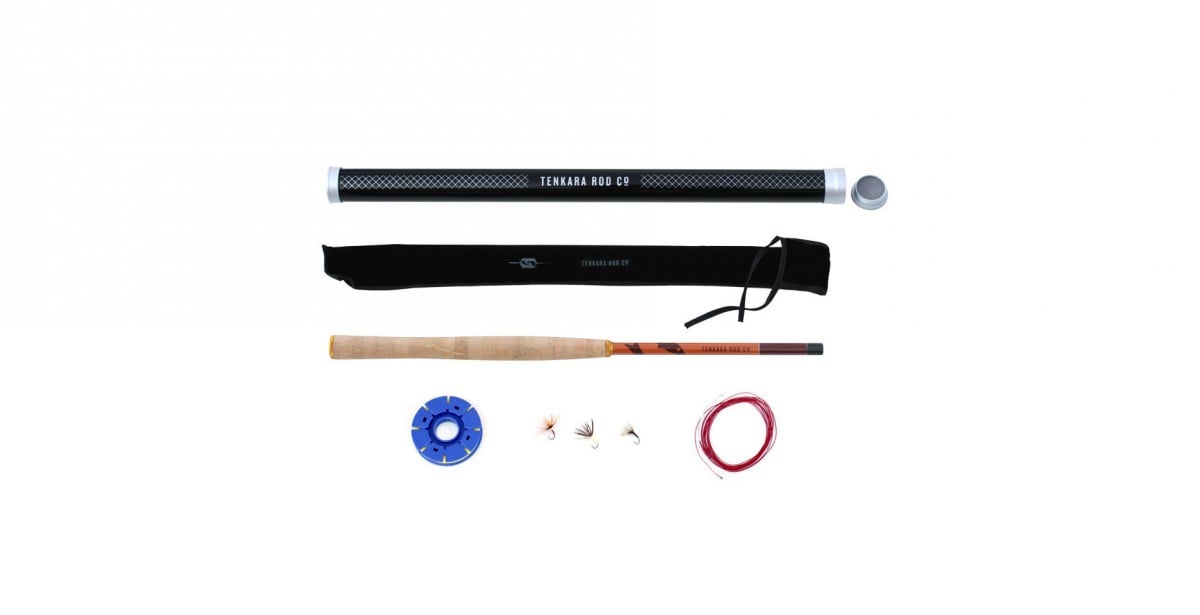 Tenkara is the minimalist Japanese version of fly fishing, it simplifies the art quite significantly by doing away with the reel altogether and relying instead on just the rod, line and fly. This makes it perfect for mountain streams where a long rod and lightweight line provide exceptional accuracy in dropping flies into the right spot – the heart of successful fly fishing.

This rod by the Tenkara Rod Co. is called the Sawtooth, it measures 12 feet long when open and 20 inches when closed and comes with a Tenkara Line, a line spool, and 3 hand-tied flies to get you started.