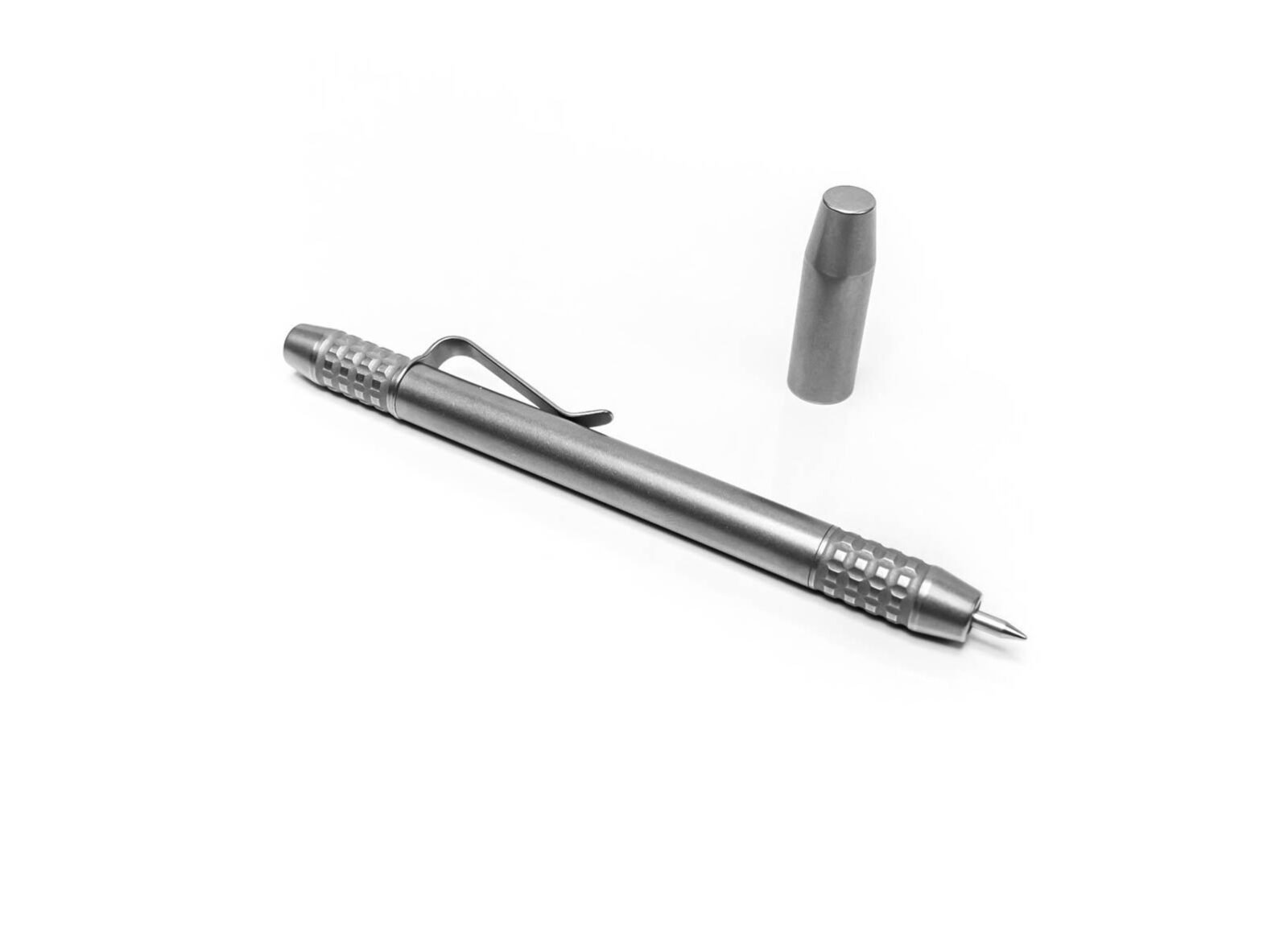 This is the TechLiner Grid Shorty Titanium Pen by Ti2 Design, it’s designed to be the last pen you ever need to buy, and it very well may be thanks to its long-lasting, all-titanium construction.

Ti2 Design was founded by New York machinist Mike Bond who now lives in Hawaii with his family. Each of his designs is made in the United States following the same design principles as the “needle point” pens often used by illustrators and designers.

These pens have a clearly exposed tip that makes it easy to see where the tip is over the paper at any given moment, allowing for excellent precision. Each TechLiner Grid Shorty has a 100% metal body and you can chose between brass, copper, and titanium. 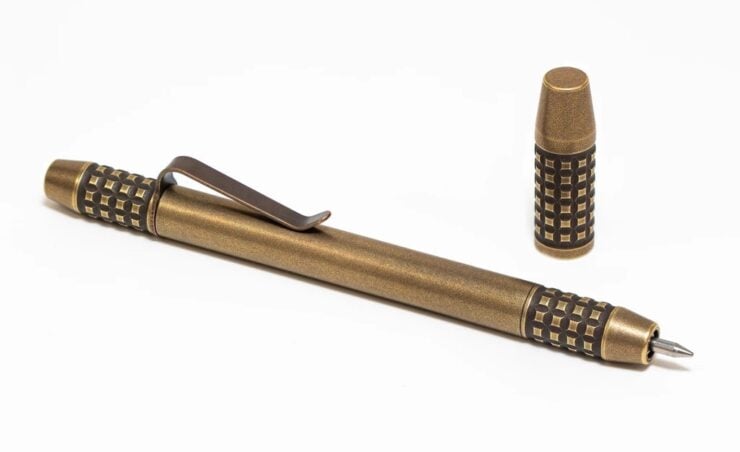 TechLiner Grid Shorty pens are available in materials other than titanium, including copper and brass.

The pens use a clever combination of three powerful rare earth magnets allowing the cap to be retained over the tip or base of the pen, and it takes 2 lbs of force to pull it off again which ensures it won’t fall off accidentally.

Each pen comes with a titanium clip that makes it easy to secure it to a pocket, belt, or clipboard. The pen has a barrel diameter of 3/8″ and a capped length of 5.0″.

When ordering you can choose between either the Pilot G2 gel refill or the Uni-Ball hybrid ink Jetstream SXR refill which costs $1 extra over the pen’s $79 USD MSRP. 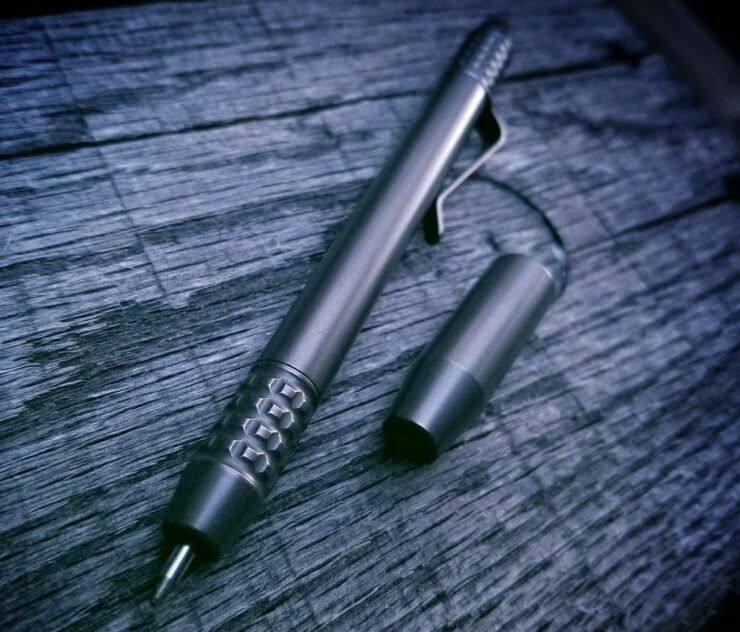