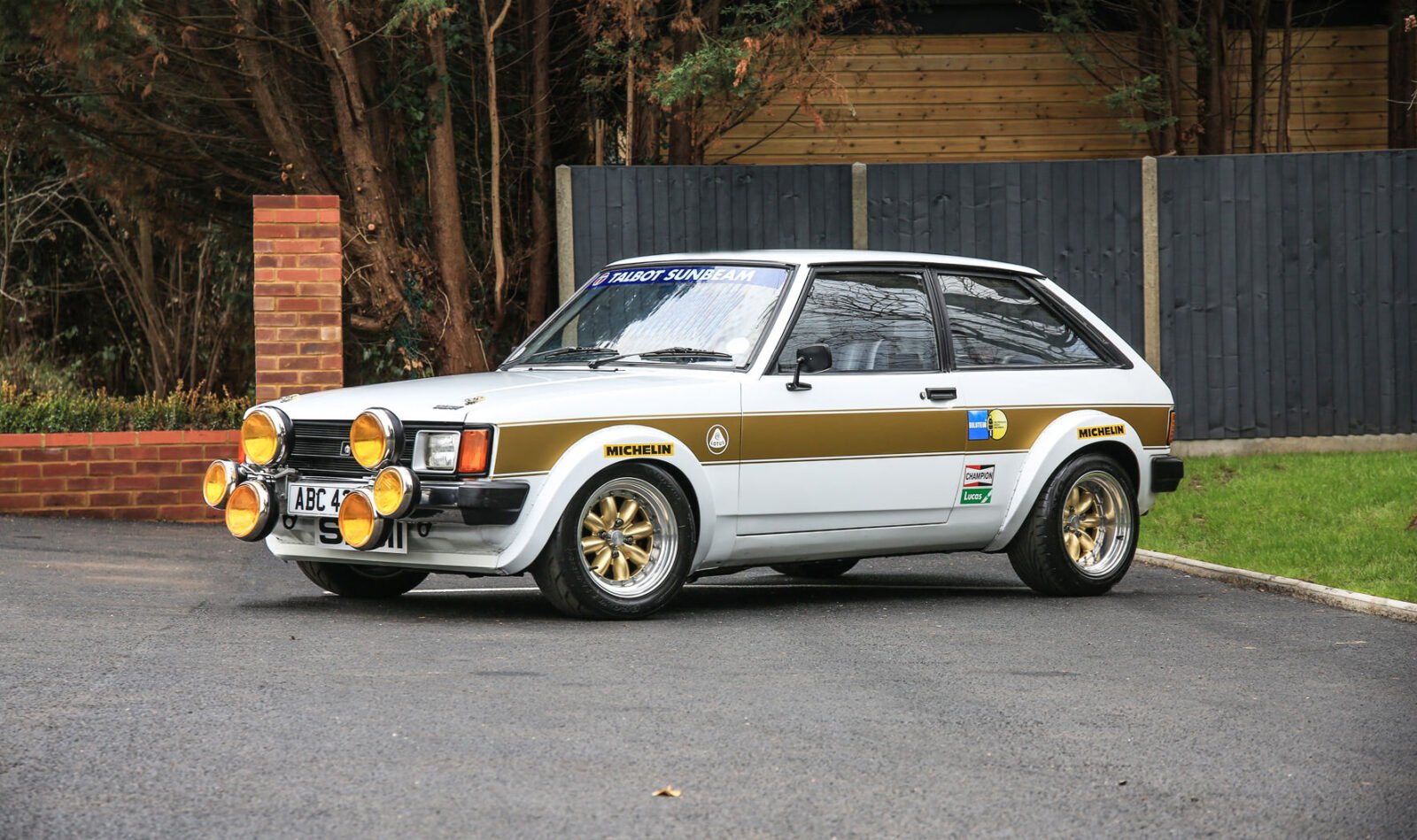 The Talbot Sunbeam Lotus was a hot hatch from the golden age of the genre that would go on to astonish the motor racing world by winning the 1981 World Rally Championship, competing against the Audi Quattro, Renault 5 Turbo, Fiat 131 Abarth, Ford Escort RS1800, and the Toyota Celica 2000GT.

The truth of the matter is that the Talbot Sunbeam Lotus was almost never built, the credit for its existence can be attributed almost entirely to one man – Chrysler Motorsport Director Des O’Dell.

It was O’Dell who struck upon the idea of using the Chrysler Sunbeam hatchback as a rally car. He approached the board with his concept and he was resoundingly rejected, it was said to be too expensive and unlikely to be possible to turn the somewhat staid Sunbeam into a world-beating race car. 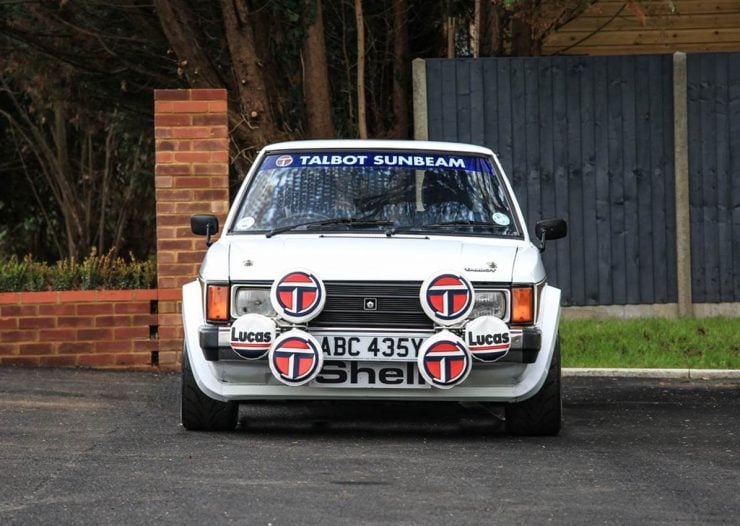 Despite this setback, O’Dell was convinced he was right. Most hatchbacks of the time were front wheel drive but the Sunbeam was rear wheel drive, and with the right engine, suspension, and brakes the lightweight unibody car would pose a serious challenge to the King of the Hill – the Ford Escort.

O’Dell withdrew a wad of cash from his own private bank account, he approached Lotus and bought a 907 engine, a 16V slant four capable of up to 250 hp in race trim. He brought this engine back to the Chrysler Motorsport garage and had it installed into Sunbeam bodyshell with a series of reinforcements and improvements to the drivetrain and suspension to handle the prodigious power increase. 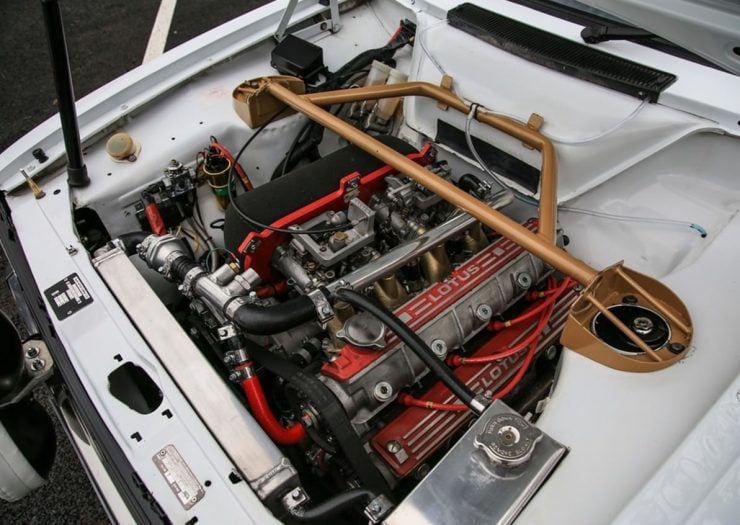 This upgrade process took a few weeks, after some preliminary test driving of his new top secret prototype car O’Dell made a new appointment to see the board of directors. He petitioned them again to fund a project to create a racing version of the Sunbeam, they denied him for the same reasons as before – citing cost and the lack of feasibility. O’Dell then smiled and invited them all to come out to the parking lot to see the car they had all only just said was an impossibility.

After some delighted test drives the project to pursue the Chrysler Sunbeam rally car was given the green light.

Chrysler Europe was sold to Peugeot S.A. effective January 1st 1979, resulting in the Chrysler Sunbeam being rebranded as the Talbot Sunbeam. This resulted in the name of the new performance version of the car being badged the Talbot Sunbeam Lotus, a series of 400 production cars was initiated to homologate the model for competition. 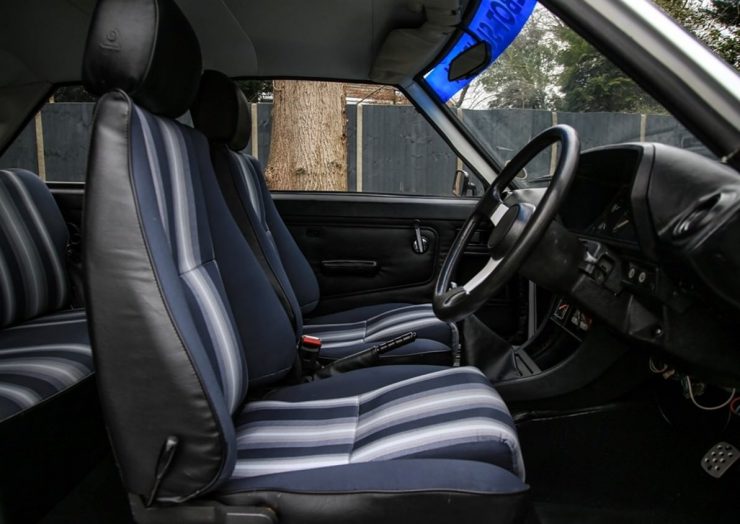 To build the road-going version of the car a Talbot Sunbeam 1.6 GLS shell was fitted with a 2.2 litre version of the Lotus type 911 16-valve four-cylinder engine, a five-speed ZF gearbox, upgraded suspension, and a larger anti-sway bar. 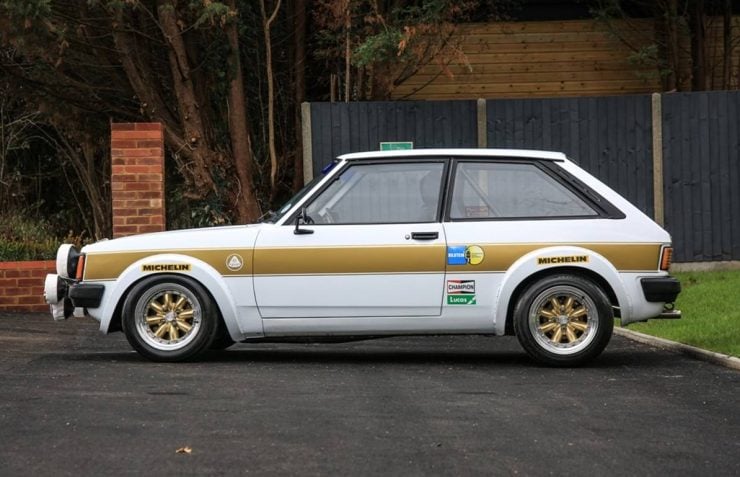 “Last year nobody wanted to know about, or talk to, or drive for Chrysler. Now the World and his wife are beating on the door … ringing on the telephone …. writing. They all want to drive a Sunbeam, and our job – after we have shown that we can produce an outright winning works car for Tony Pond – is to see that they all get one. I literally want to supply a Sunbeam for all sporting seasons!” – Chrysler Motorsport Director Des O’Dell

The first racing season for the new car would be in the 1979 World Rally Championship with British driver Tony Pond at the wheel, Tony was a quick driver but had a tendency to push it too far and as a result he crashed more times than he finished.

In 1980 the Talbot team chose the more experienced and more reliable French driver Guy Fréquelin to pair with the Finnish maestro Henri Toivonen. 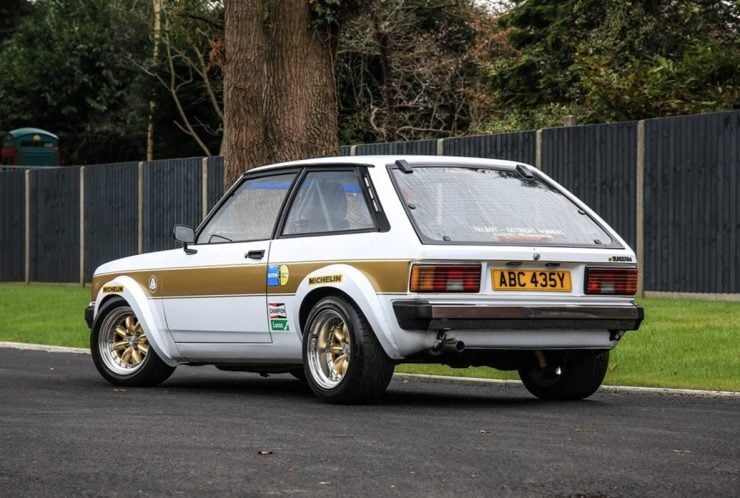 Perhaps because of the new drivers and perhaps because of the further development work the car had received, the Talbot team became immediately more successful despite the fact that the field of competitors was tougher – at the 1980 RAC Rally the three cars entered came away with a 1-3-4 finish and Henri Toivonen at 24 became the youngest WRC event winner in history.

These successes resulted in the bean counters at Peugeot approving a budget increase for the mighty little rally team, and it wasn’t to be wasted – in 1981 the Talbot Sunbeam Lotus would be competing against the likes of the Audi Quattro, the Renault 5 Turbo, and the Ford Escort RS1800.

Just three short years earlier no one would have bet on Talbot winning the 1981 World Rally Championship, but somehow they managed it. Guy Fréquelin and his co-driver Jean Todt (yes, that Jean Todt) came second in the Driver’s Championship, and the Sunbeam Lotus was forever cemented in the annals of racing history. 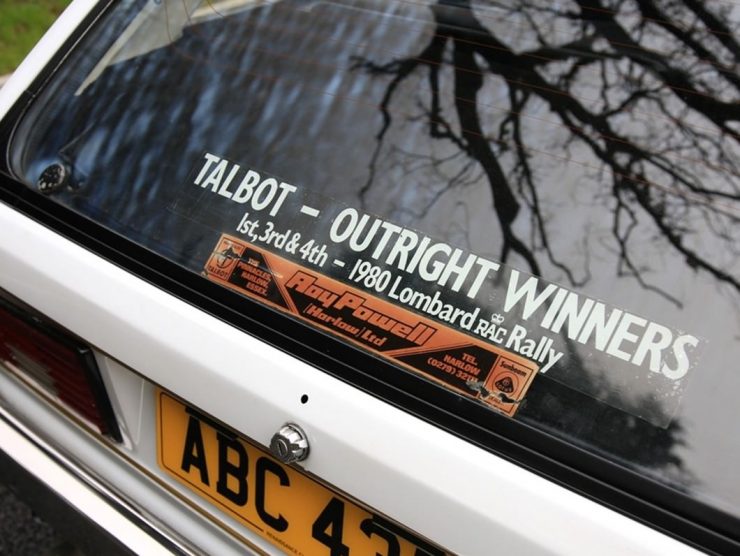 The car you see here is an original Talbot Sunbeam Lotus road-car that’s had its engine comprehensively rebuilt to rally specification by none other than Phil Davison, the same man who built the engines used by Henry Toivonen and the Sunbeam works team in the early 1980s.

The full rebuilt of the car took almost 8 years and cost close to £40,000, it includes (but is not limited to) AP Racing 280mm bells, discs, and calipers, a Holley fuel pump, Lotus 910 cam carriers, HTD Pulleys, a ‘Works’ stainless manifold, an ITG custom made flame trap filter, a Helix clutch and plate, rebuilt carburettors, Grp4 alloy hubs with Grp4 studs all round, Gaz Gold adjustable struts, a one piece propshaft, and an LSD rear end with a 4.4 differential. It’s been dyno tested to produce 212 bhp, a significant figure given the scant kerb weight.

Historics Auctioneers estimate that it’ll sell for between £26,000 and £32,000 when it crosses the auction block on the 2nd of March. If you’d like to read more about it or register to bid you can click here to visit the listing. 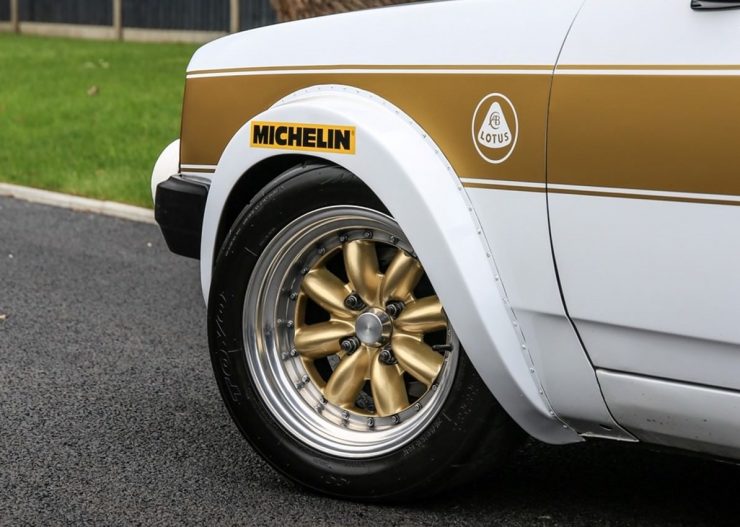 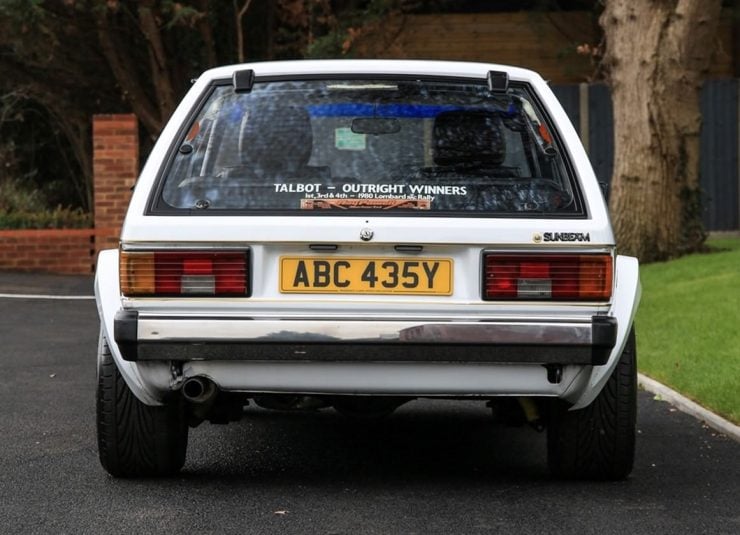 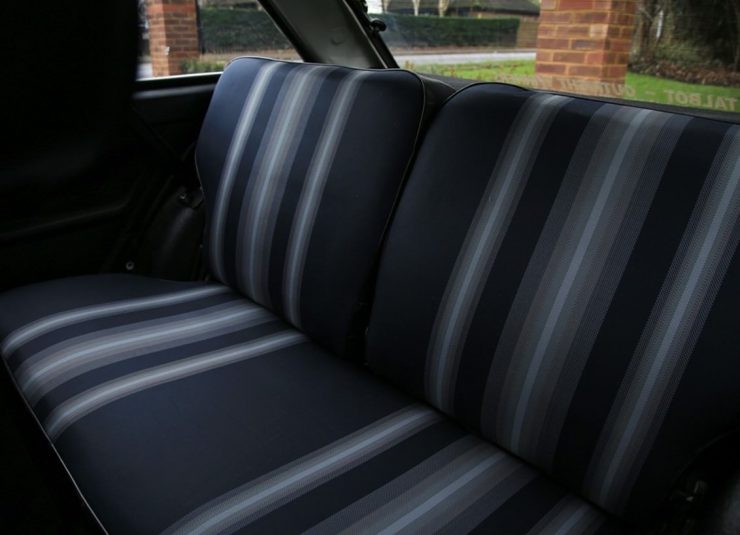 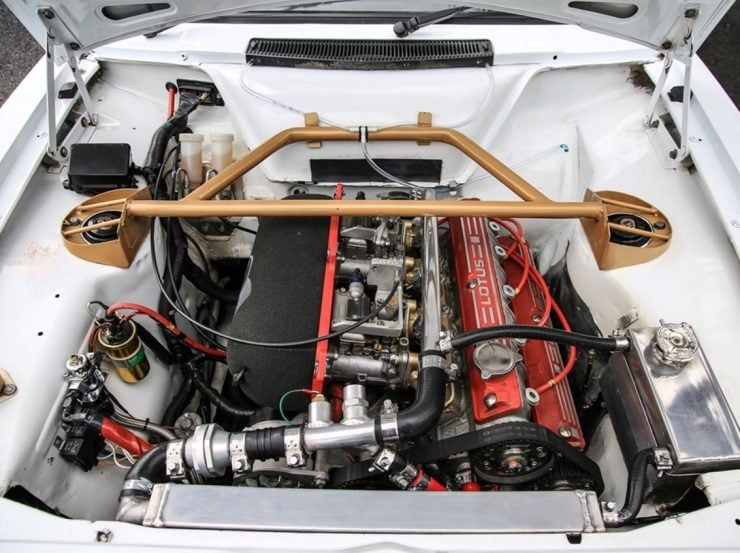 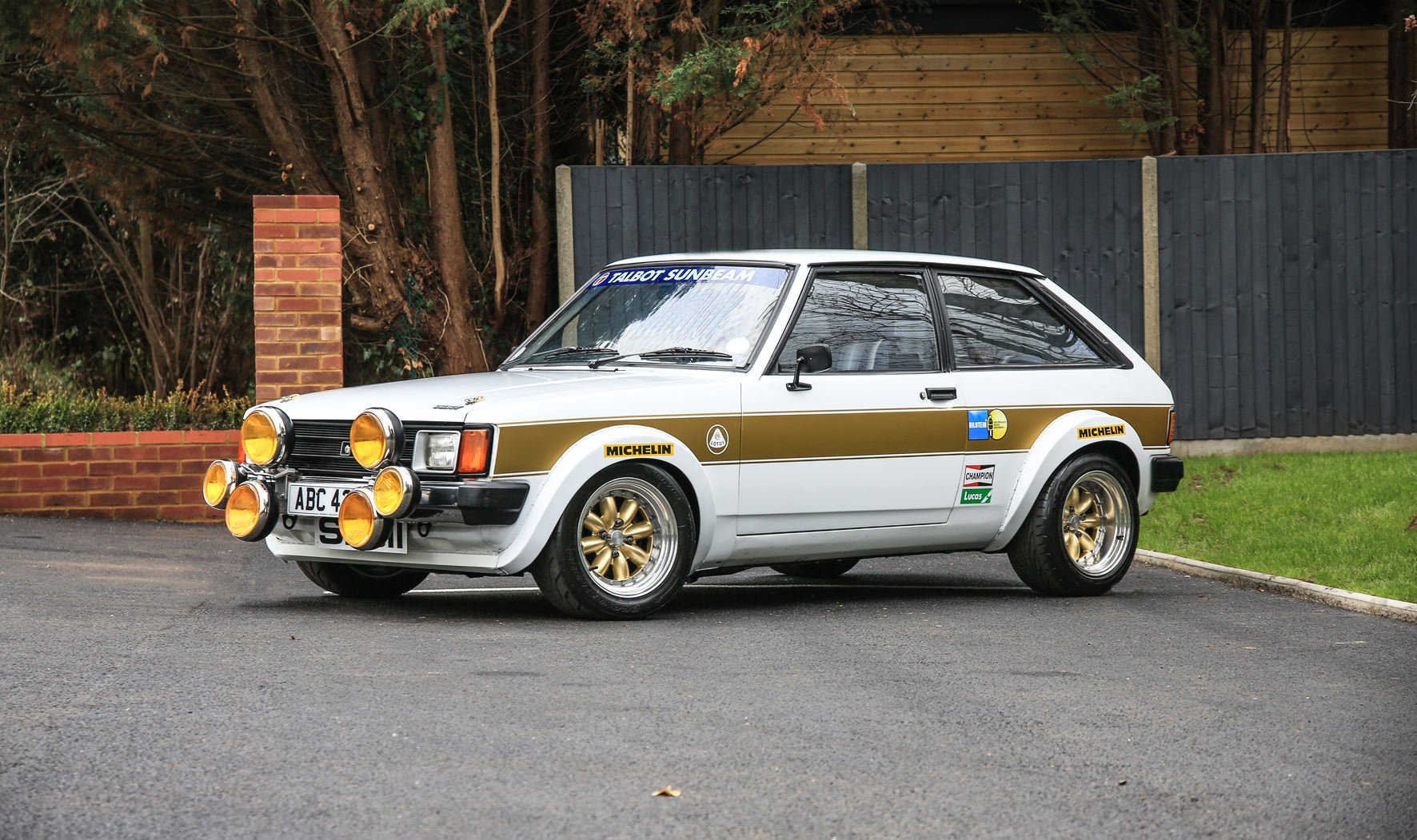