Syd Mead is widely recognised as the most influential visual futurist of the 20th century, he was born in 1933 and would go on to develop his own unique vision of what life would look like on Earth in the coming decades. Syd was hired to work on cult classic films like Blade Runner, Tron and Alien, his design and conceptual work would go on to influence real world automotive design – perhaps none more than the work of Giorgetto Giugiaro.

Inspired by this story on Jalopnik. 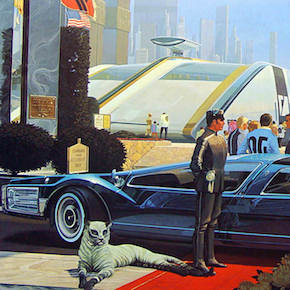