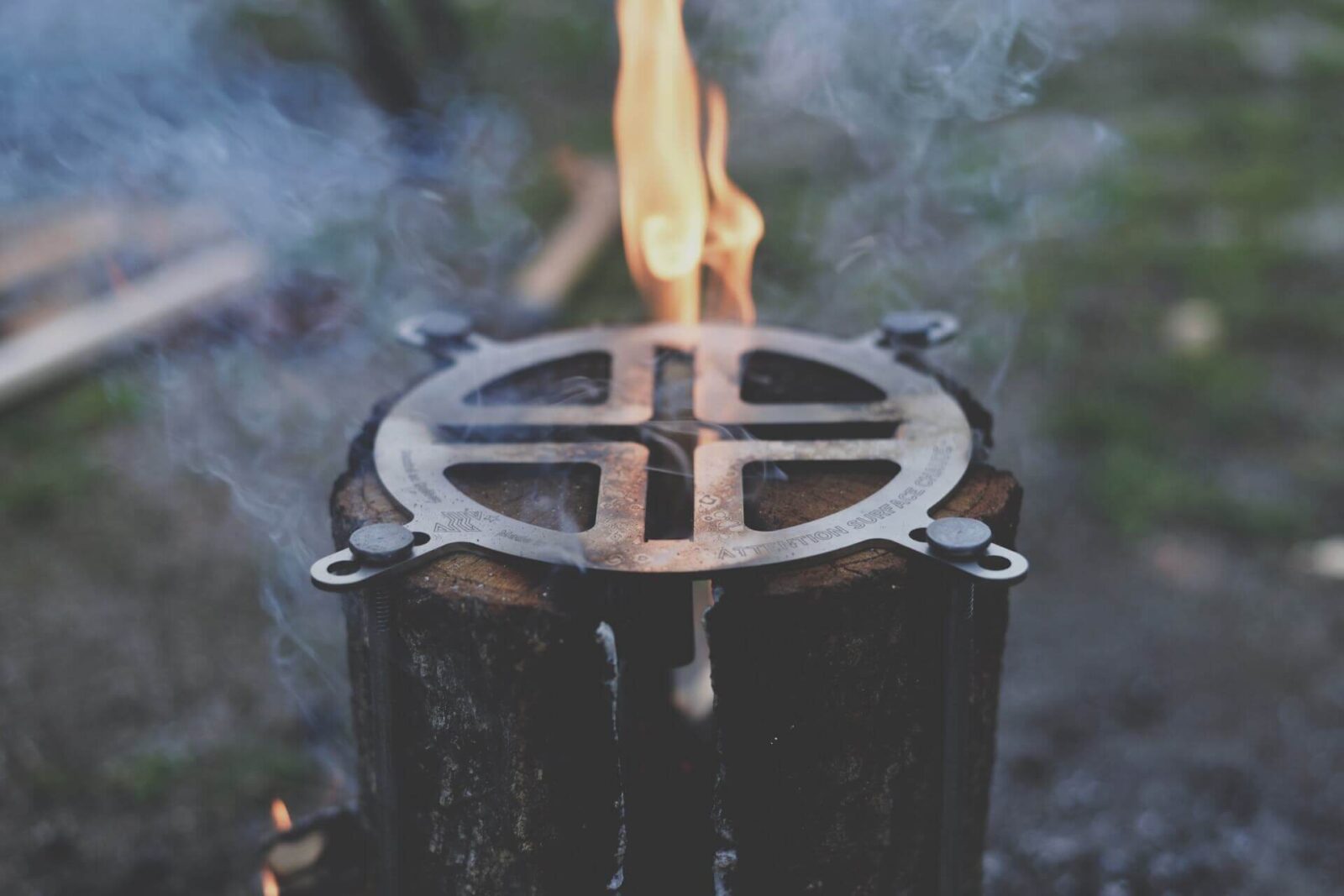 Also known as the Canadian log candle or Finnish wood stove, the Swedish fire log is a highly efficient way of using a single log to create a slow burning self-contained fire that can be used for both cooking and warmth.

There is some contention about whether the concept was invented in Sweden or Finland, the most common story is that it was developed by the Swedish Army during the Thirty Years’ War as a quick and efficient way for thousands of soldiers to use as little wood as possible while cooking and heating.

The MITI-001 was created by the Canadian team at Sportes, they wanted to create a simple way of keeping the logs stable and providing a flat cooking surface for pots, pans, and coffeemakers. The device is incredibly simple, just once laser cut disc and four galvanized steel pegs that hold the logs in place.

The pegs are adjustable for width allowing you to accommodate a range of logs, and the plate can be used without them when required on larger trunk-thickness logs. Each one measures in at 1/8th of an inch thick or 3.17mm, and it’s made from 304L stainless steel to ensure you’ll get decades of use out of it.

The total weight is 2.5 lbs or 1.1 kgs and it can be packed up flat in a matter of seconds, once it’s cooled down of course. They’re currently being offered on Huckberry for $68 USD apiece, there’s also the larger sized MITI- XL Outdoor Cooking Tool which is available for $86 USD. 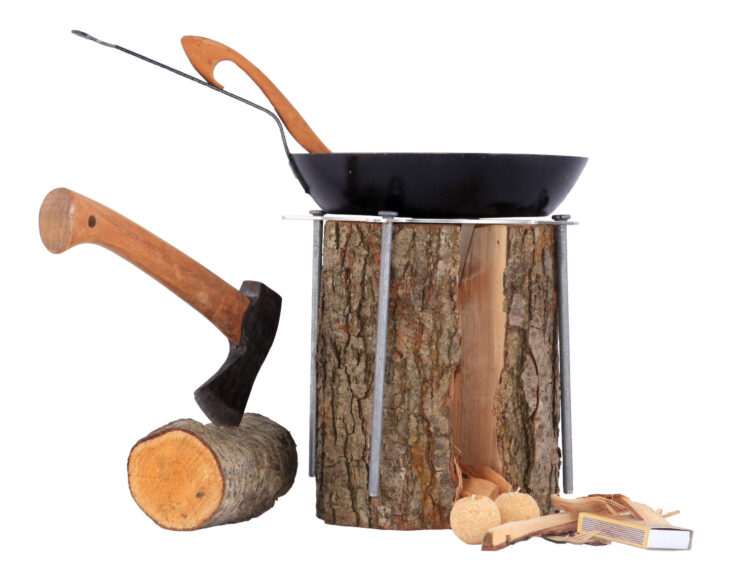 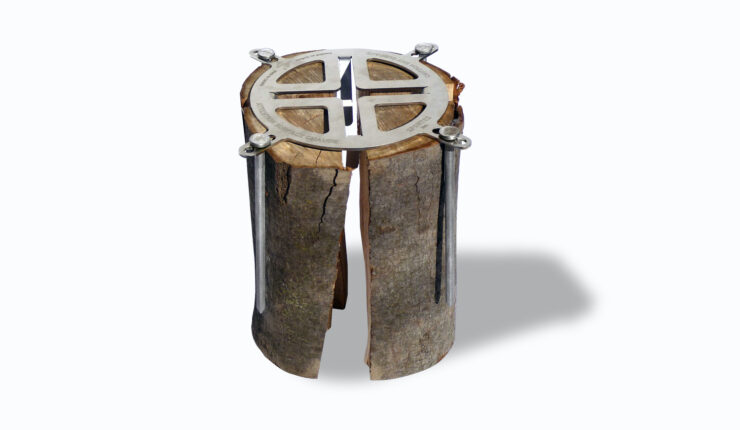 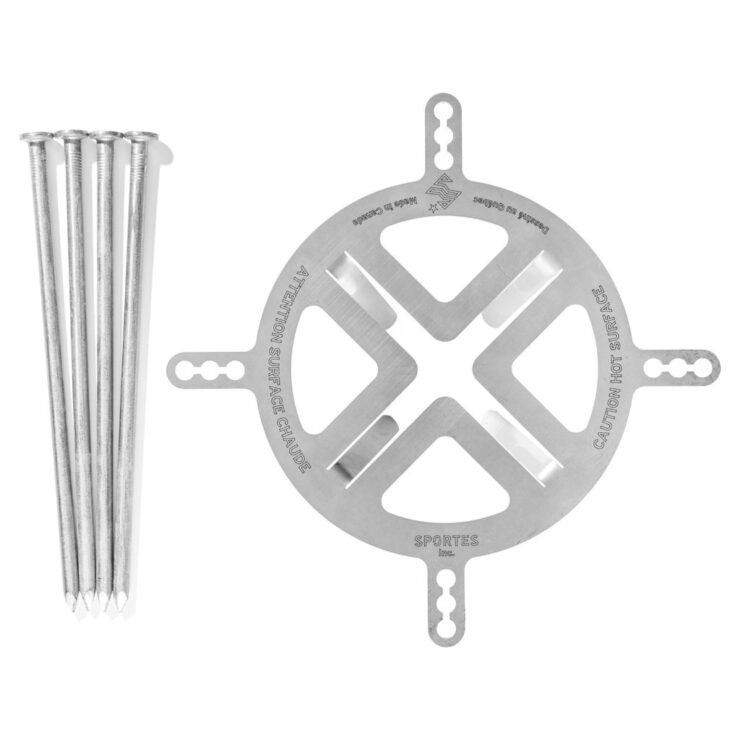 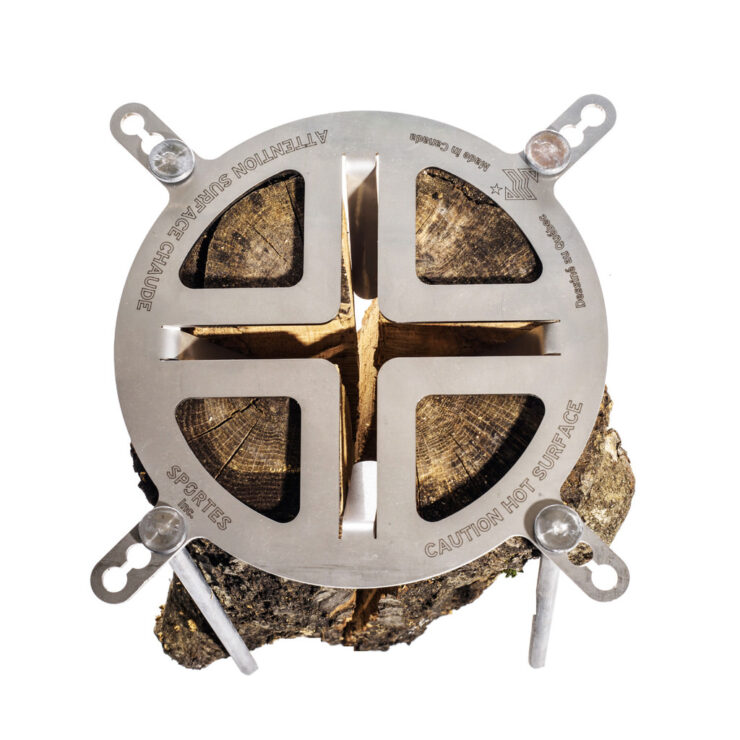 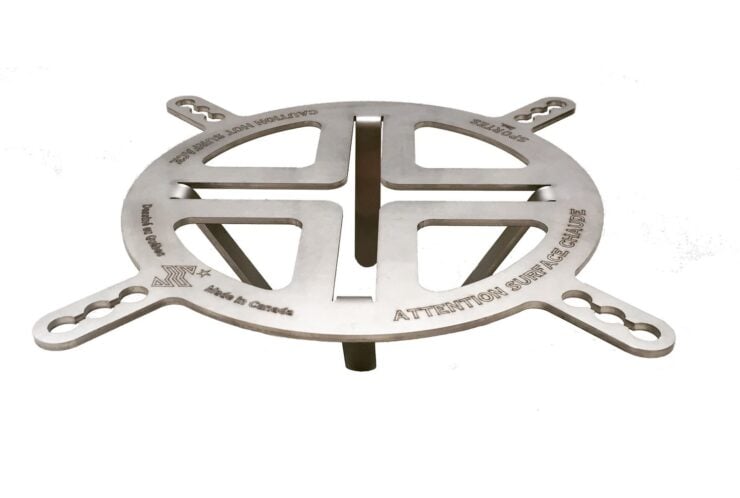