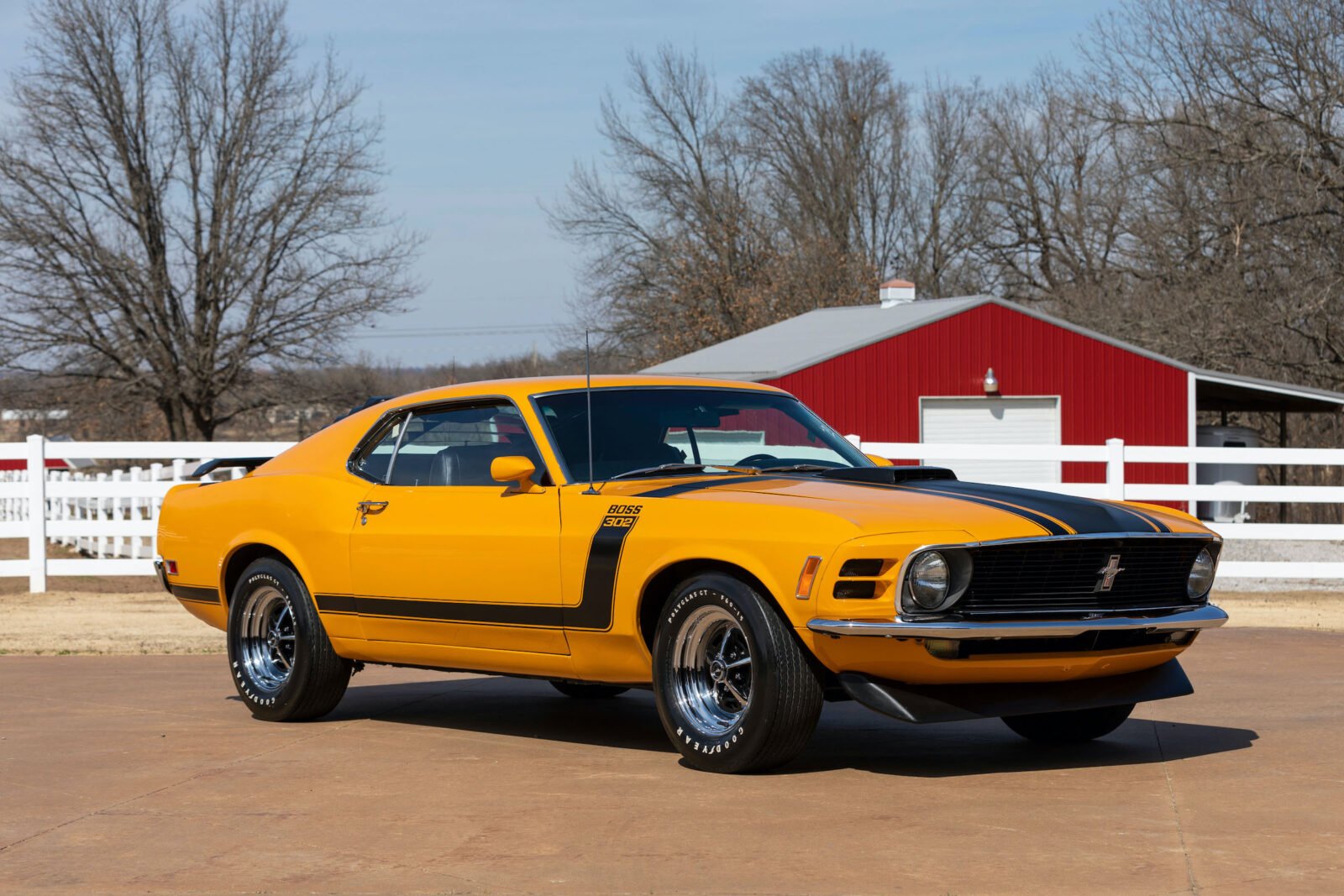 This is an original 1970 Ford Mustang Boss 302, this was the final year of production that the Trans Am homologation model was offered and Ford sold just 7,014 of them nationwide.

Ford developed this car specifically to compete with the Chevrolet Camaro Z/28 in the Sports Car Club of America’s (SCCA) Trans-Am racing series. The Mustang had been the first “pony car” of course, even lending its name to the genre, but other American automakers hadn’t been idle – many of them developed their own Mustang competitors which were quickly climbing in popularity.

This pony car arms race kept Ford busy and the Boss 302 was to be the Blue Oval’s shot across the bow of Chevrolet and their still-new Camaro which had been introduced in 1967. Trans Am racing was hugely popular in the USA in the late 1960s, the maximum engine size allowed was 5.0 litres (305 cubic inches) which forced American automakers to leave their “there’s no replacement for displacement” philosophy at the door and delve into making the most powerful 5.0 litre engines they could.

Ford engineers threw everything they could into the development of the Boss 302 V8. It features a block with a thin-wall, high nickel content casting which is notably different from regular Ford 302s. The engine also has four bolt mains, screw in freeze plugs, and special heads developed from the Ford 351 Cleveland V8 with larger canted valves and larger ports for better flow.

A slew of changes were also applied to the rest of the car which was styled by the great Larry Shinoda who had been brought over by Semon “Bunkie” Knudson, President of Ford who had brought in Shinoda from GM’s Chevrolet Division.

It was Shinoda who developed the distinctive look of the Boss 302, he also gave it its name. The project was being kept top secret when it was first launched in 1968 and so whenever someone asked Shinoda what he was working on, he would jokingly reply “the Boss’s car!” 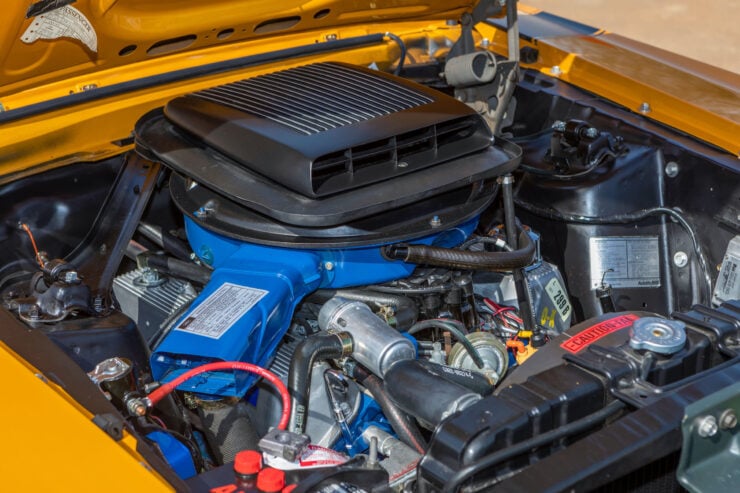 Above Image: The Boss 302 V8 was a significantly reworked engine capable of 290 hp in street-trim.

This nickname stuck and both versions of the car were officially named the Boss 302 and the Boss 429, the former car was intended for Trans Am and the latter for NASCAR.

A slew of performance changes were made to the car for the track, and Ford had to build a minimum of 6,500 of them for sale to customers to meet homologation requirements. Some of these changes included front disc brakes, larger sway bars, tougher spindles, reinforced shock towers, and a 4-speed manual transmission that could handle the power output from the new Boss 302 V8.

The cars went toe to toe with the Camaros in 1969 and narrowly lost the Trans Am Championship. It was later realized that a number of races had been lost in the pits as the Camaros were being run by Roger Penske who was famous for his impeccable organization and efficiency.

Lessons were learned and the Boss 302 won the 1970 championship with Parnelli Jones at the wheel. Sadly Ford executives would cancel the Boss 302 program after this win and so the model was only produced for two years, 1969 and 1970. Years later in 2012 Ford would release a new line of Boss 302 Mustangs influenced by their earlier forefathers.

The car you see here is from the second and final year of production. According to its Marti Report, this car was built on the 29th of December 1969. Its base price was $3,720 USD, this car includes the optional “shaker” hood scoop, trademark rear window slats, rear spoiler, AM radio, Traction-Lok differential, and Goodyear Polyglas white letter tires on Magnum 500 wheels. All options included it cost its first owner $4,321.50 USD.

At some point in its history this car has had a full rotisserie restoration, it’s still in excellent shape throughout with good panel fit and a nicely detailed engine bay with proper wiring and hoses.

If you’d like to read more about this car or register to bid you can click here to visit the listing on RM Sotheby’s. It’s due to roll across the auction block on the 22nd of May and the price guide is $75,000 to $85,000 USD. 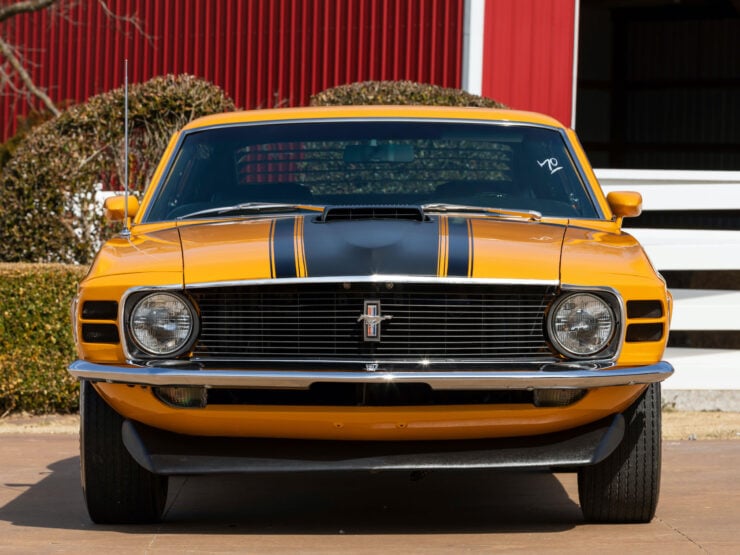 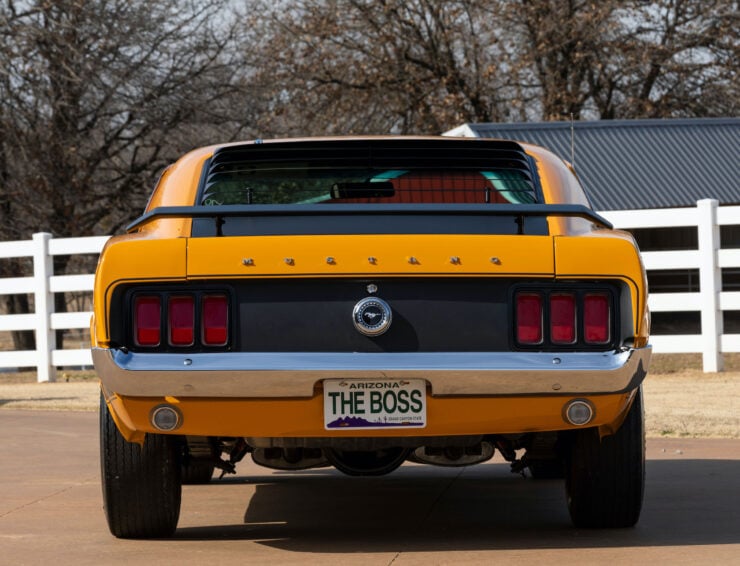 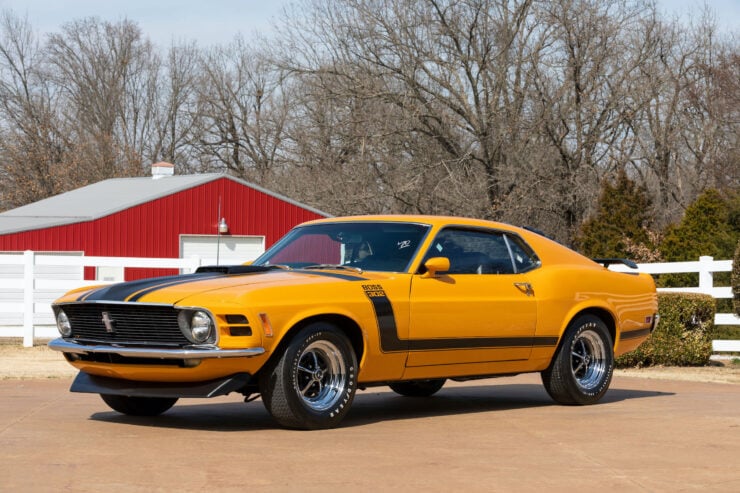 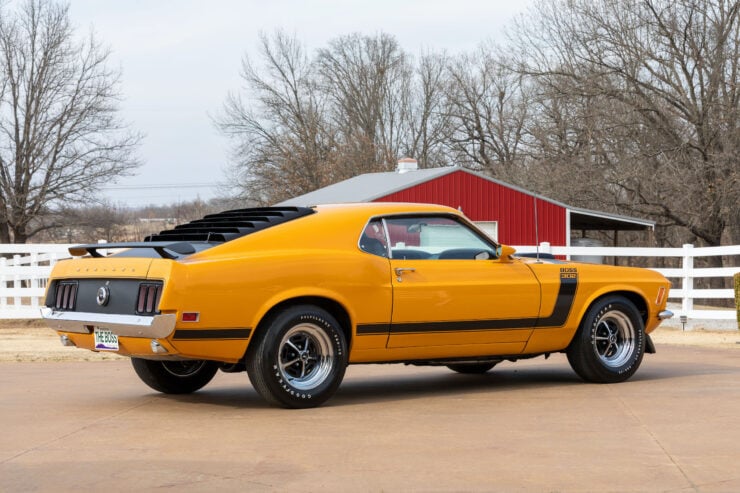 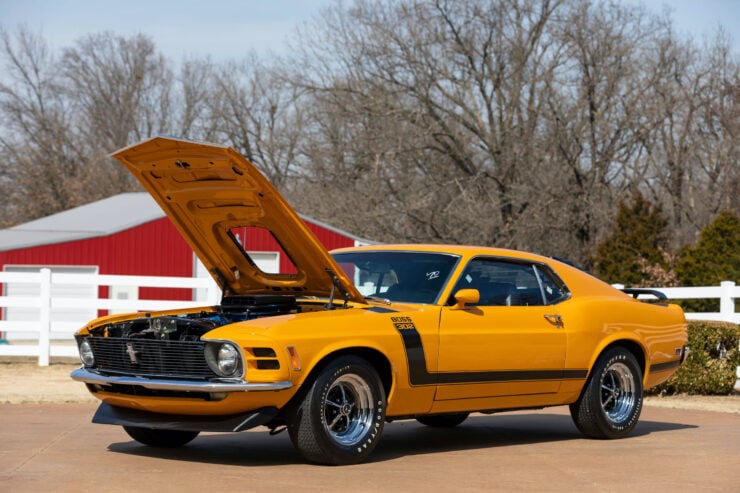 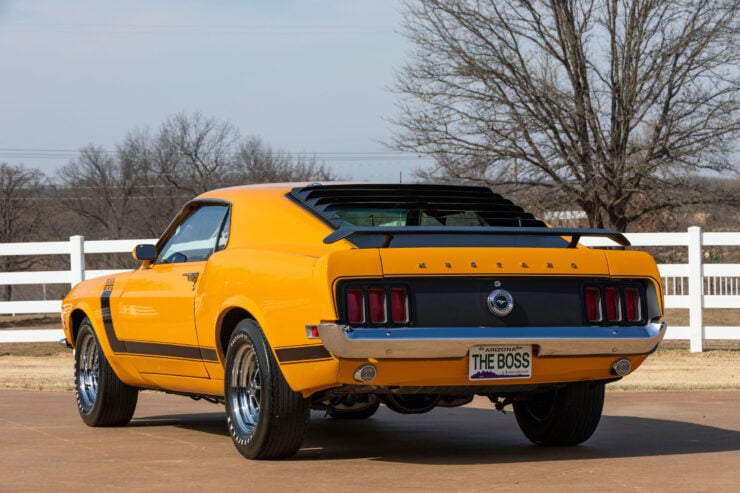 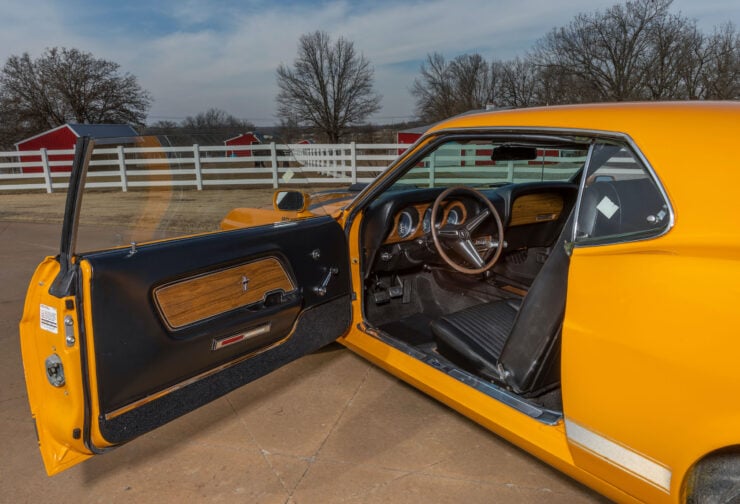 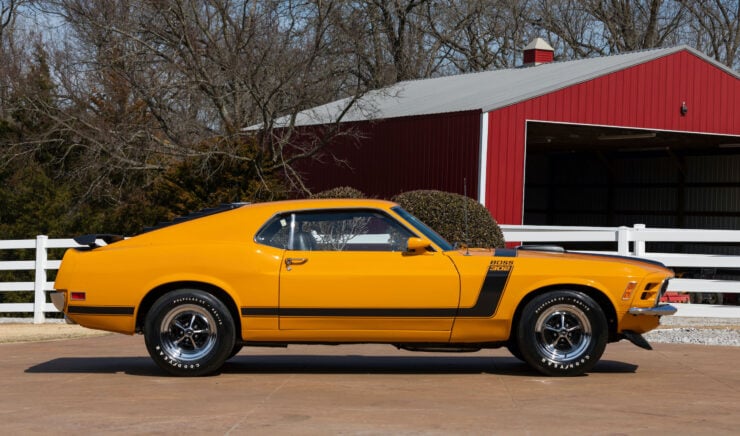 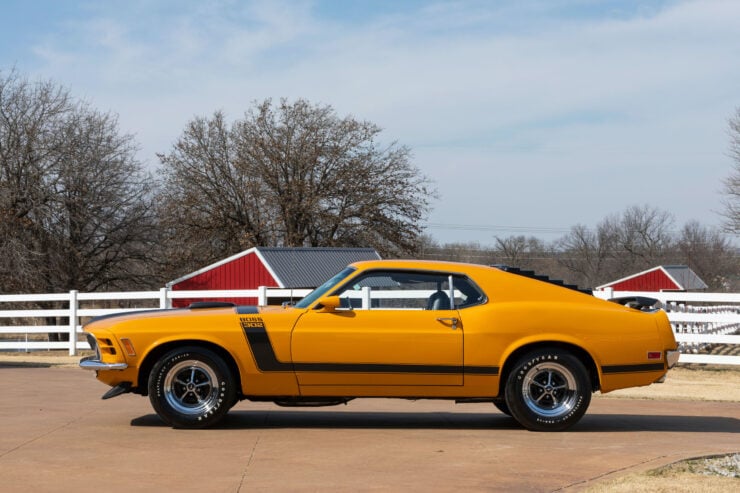 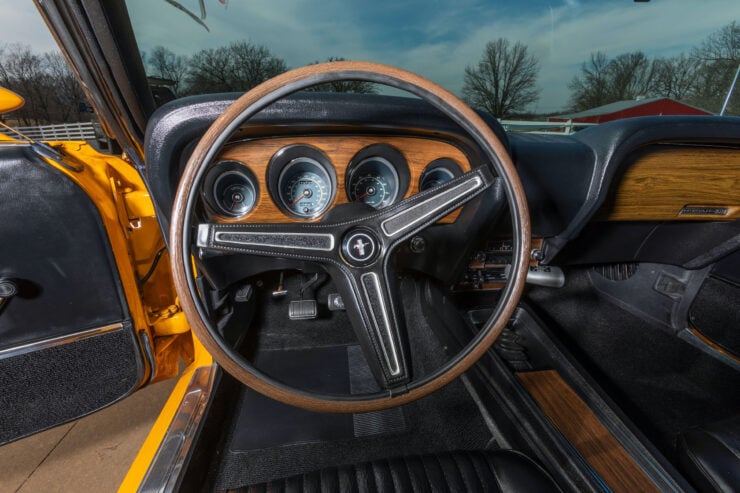 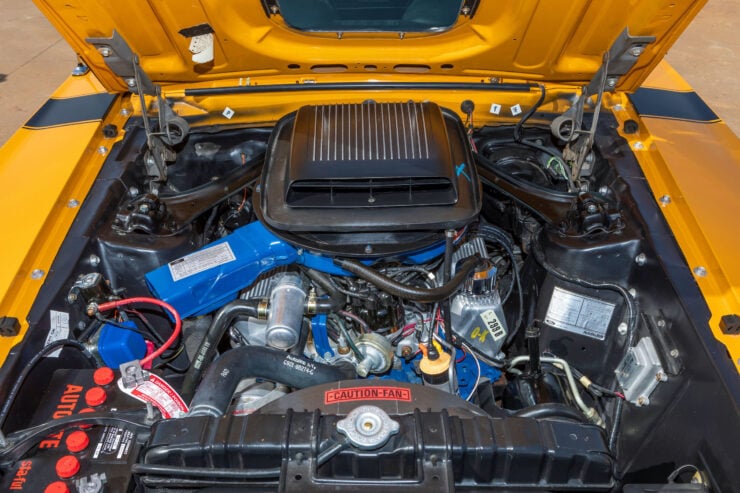 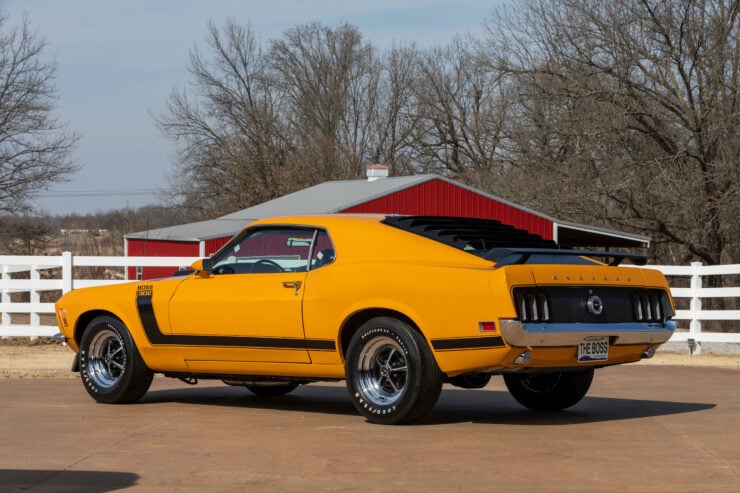