The Long Beach Formula 1 Grand Prix was run between 1976 and 1984, I’m not sure which year this film is from although if I had to guess I’d say early-80s.

With the new Austin, Texas Formula 1 GP track hosting a race next year it seems unlikely the Long Beach circuit will see F1 cars again for a long while, more’s the pity, it looks like a hell of a track. 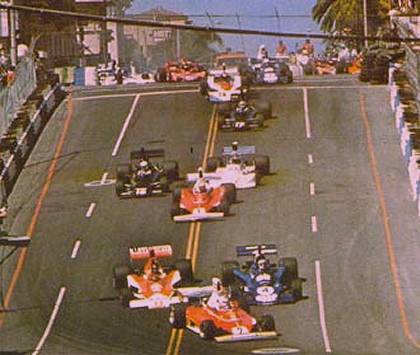