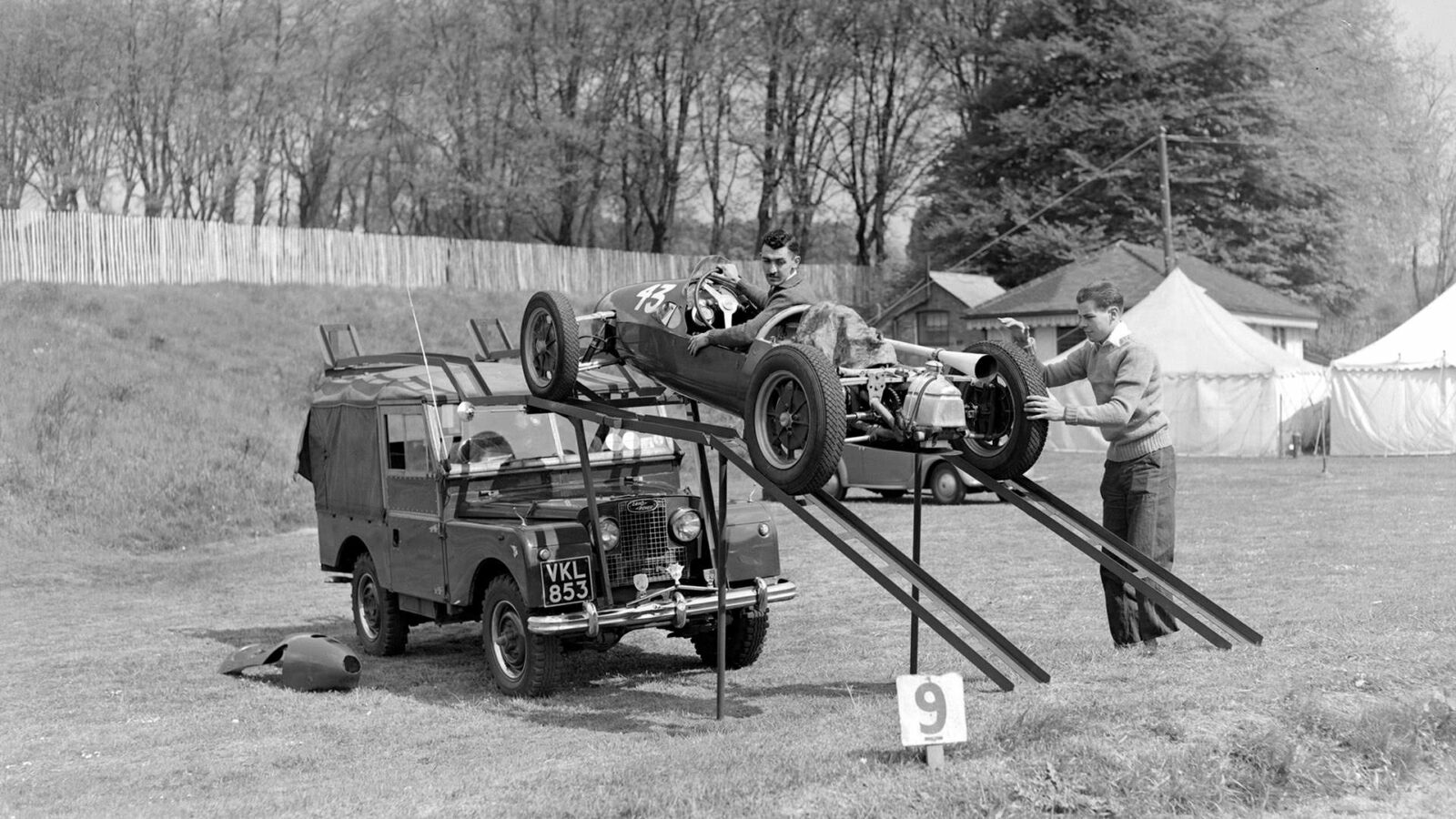 Stuart Lewis-Evans was an up and coming racing driver and good friend of the young Stirling Moss, this image was taken in September 1953 when Stuart was just 23 years old and it shows him unloading his Cooper 500 Formula 3 racing car at the Crystal Palace race circuit in South London – from the roof of a Series 1 Land Rover. Interestingly, Land Rover was only 5 years old at the time but as you can see – people had already begun finding novel uses for them.

Lewis-Evans was so successful in his early racing career that he quickly made his way into Grand Prix level events, his first Formula 1 race was the 1957 Monaco Grand Prix. He somehow managed to drag his far inferior Connaught Type B to a 4th place finish behind Fangio, Brooks, and Masten Gregory – all of whom were driving far superior machinery. His career in Formula 1 was managed by a young Bernard Ecclestone and thanks to Stuart’s driving abilities (and perhaps Ecclestone’s bargaining abilities) he was piloting a Vanwall alongside Moss for his second season in 1958.

The 1958 season started very well for Vanwall, the team’s drivers were taking wins and podiums with Stuart right up amongst it, rubbing shoulders with the greats. Tragically, the circuit that Lewis-Evans had made his debut at just a year earlier would claim his life in 1958. His Vanwall suffered a catastrophic mechanical failure and the engine seized at the Moroccan Grand Prix, causing a horrific accident that led to his death 6 days later in a British hospital.

It’s entirely possible that Lewis-Evans would have gone on to become one of the early Formula 1 greats, he certainly had the pace even when compared to giants of the sport like Moss and Fangio, and his commitment is summed up in this photograph. Stuart built this structurally questionable transportation assembly with his friend Tony Harris, without it he wouldn’t have been able to travel around the country and compete – although I can only imagine how difficult that Land Rover would have been to drive with a Formula 3 car sitting on its roof. 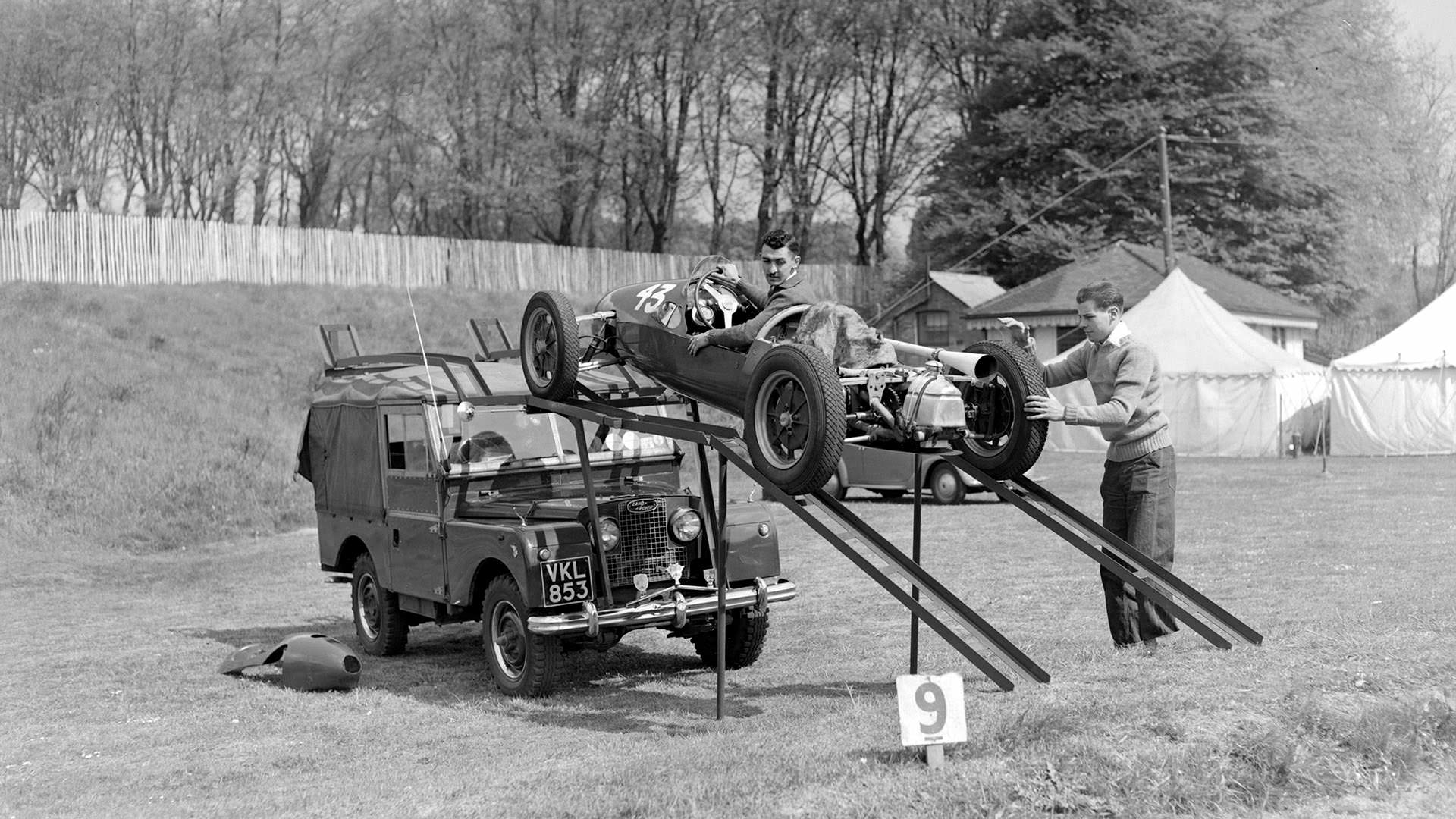