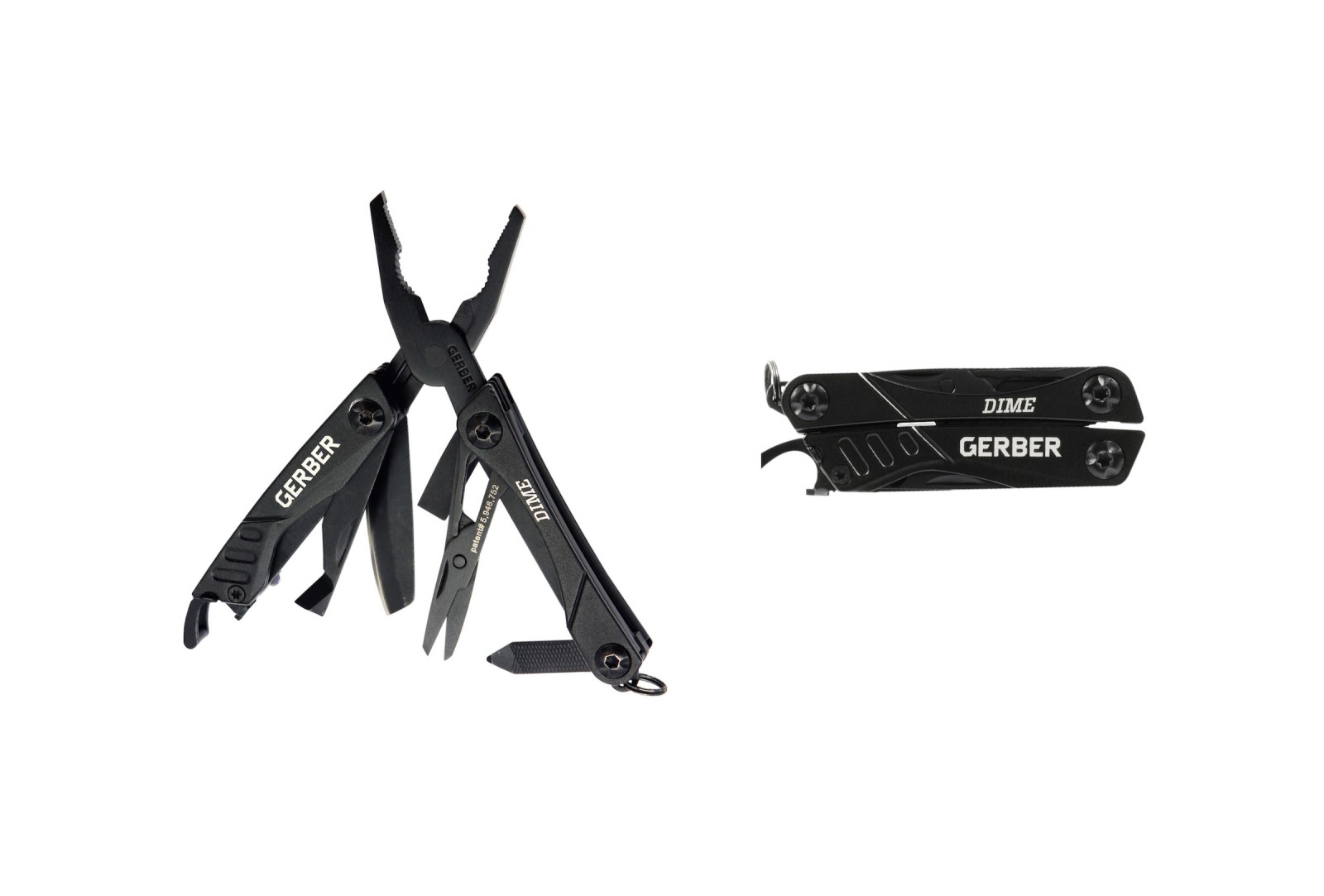 The Gerber Dime Multi-Tool is designed to be compact enough to be carried in your pocket on a daily basis, whilst also packing the features you’d expect in a much larger device. Its weight of just 2.2 ounces makes it an excellent addition to the tool roll or emergency kit for motorcyclists as well – people for whom weight is a paramount concern.

The Dime has a set of pliers with wire cutters, a flat and phillips head screw driver, scissors, a file, twin knife blades, a pair of tweezers – as well as that all important beer bottle opener. Each one is made from stainless steel and finished in matte black. 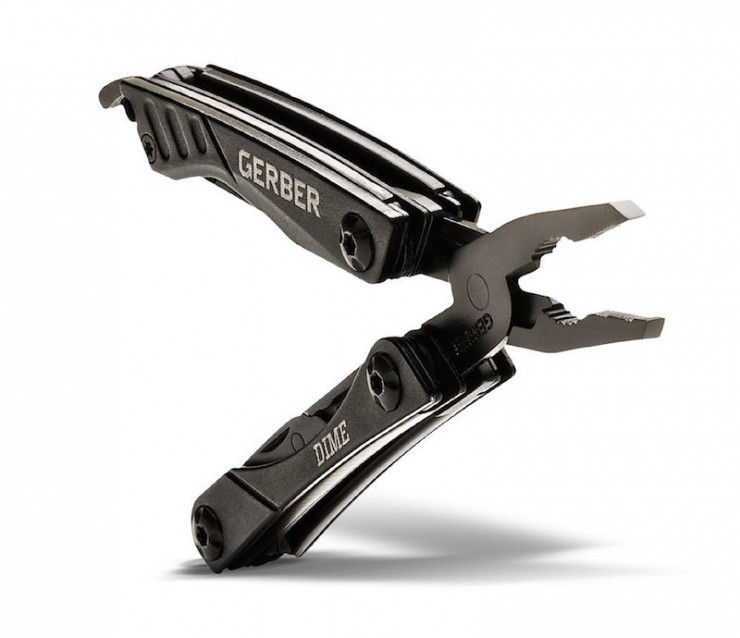 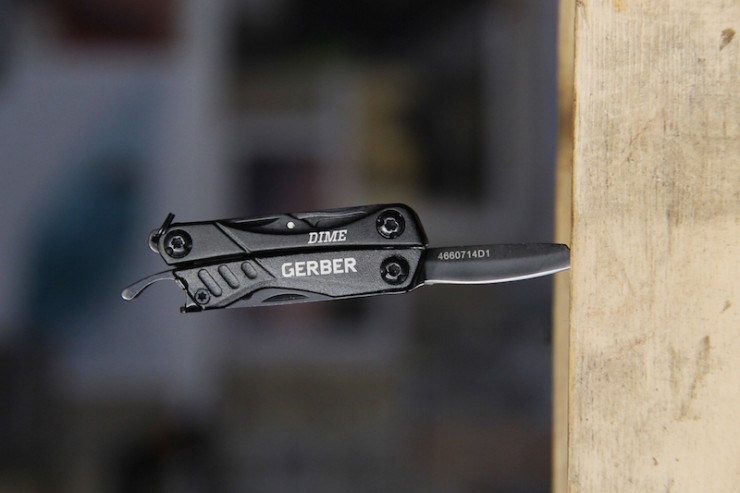