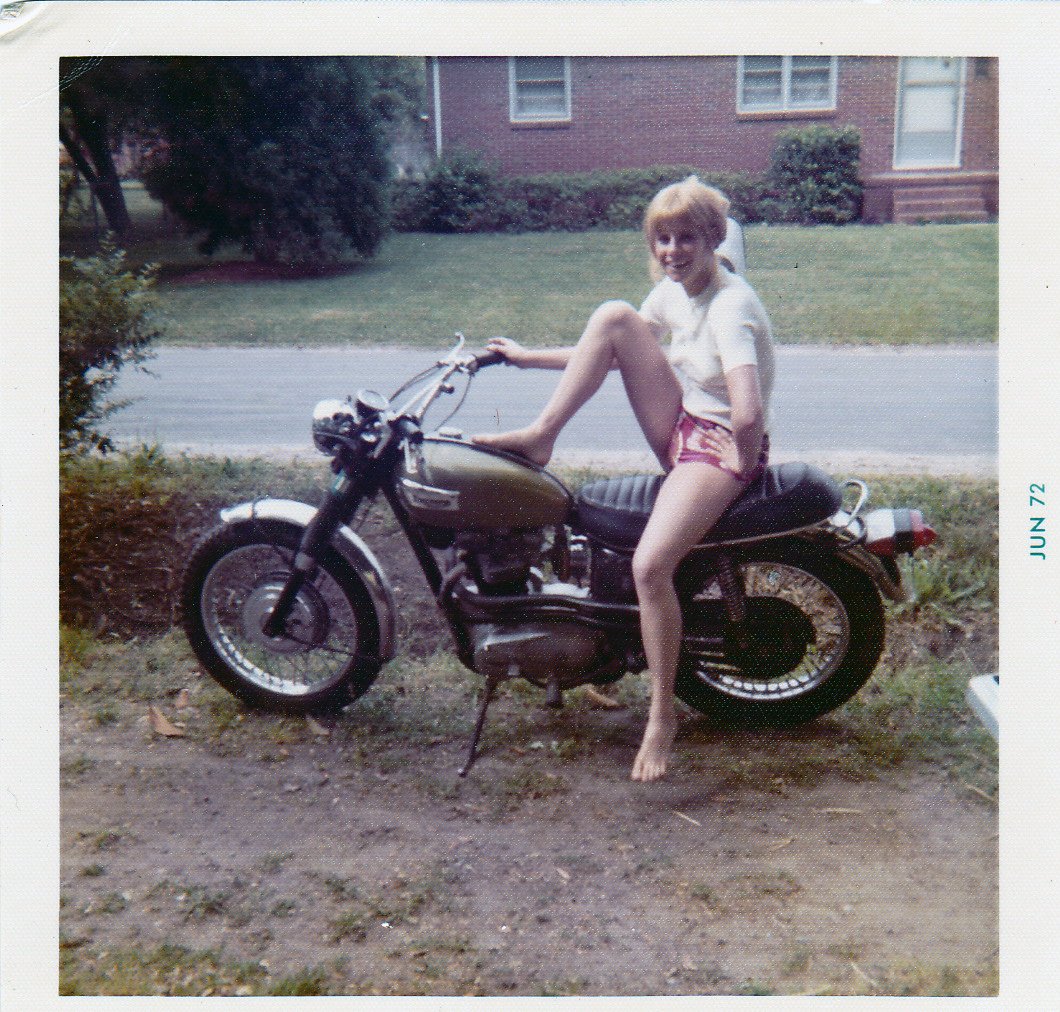 If this picture tells me anything, it’s that we all need to take more pictures of lady-folk on motorcycles.