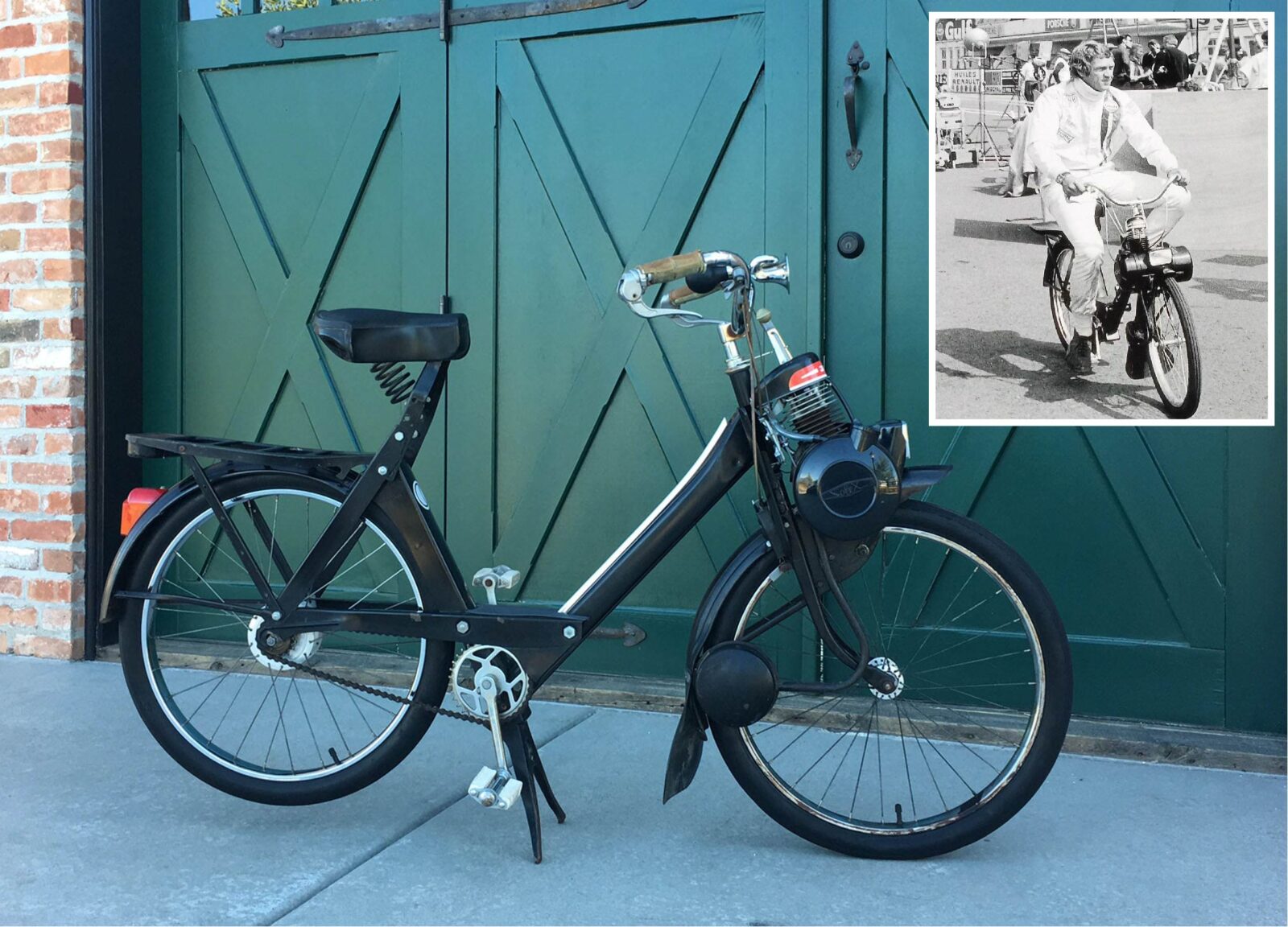 There are countless memorable pictures of Steve McQueen, though few are more memorable than the images of him on his Solex 3800 moped riding at the Circuit de la Sarthe, home of the 24 Hours of Le Mans, while filming the 1971 film “Le Mans.”

We typically associate McQueen with his faster machines, like his Triumph TR6C desert sleds, his Husqvarnas, Ferraris, or his Jaguar XKSS. People sometimes forget that he also had a lot of fun driving slower things, like tractors, Jeeps, Land Rovers, and the little front-wheel drive moped you see here – a Solex 3800.

This Solex was bought for McQueen by his own company, Solar Productions, who sought and obtained special written permission for it to be used on track while filming – likely the only moped in history that can truthfully claim Le Mans heritage. 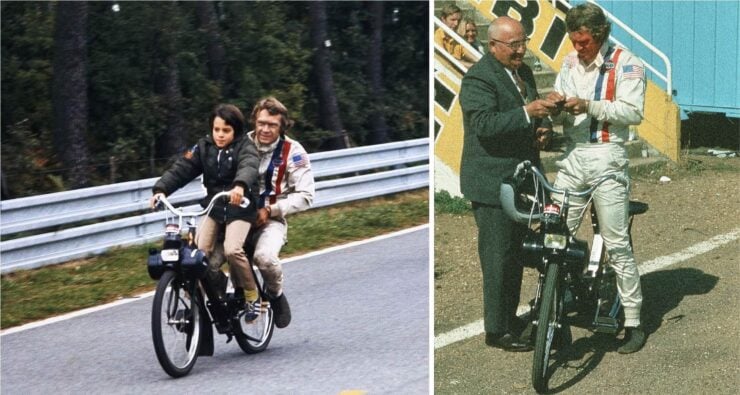 Above Images – Left: Steve McQueen and his son Chad aboard the Solex at Le Mans. Right: McQueen signing an autograph at the circuit. Images courtesy of Solar Productions.

The reason he needed a moped while filming was that the Circuit de la Sarthe is 8.46 miles (13.62 kms) long, considerably longer than most race tracks, with the Mulsannne Straight section of the circuit measuring in at 3.7 miles (6 km) on its own.

Although the Solex 3800 isn’t a particularly fast vehicle, with its small 49cc two-stroke motor powering the front wheel, it must have been a notable improvement over walking. Solex mopeds were first designed in France during World War II with manufacturing starting shortly after the war ended in 1946.

Materials were in short supply in the years after the war so the Solex, also known as the VéloSoleX, made use of a very simple stamped steel frame with only a single frame member connecting the steering head to the pedal crank housing.

The small two-stroke motor was mounted just above the front wheel and it applied driving force directly to the tire, there were no chains or sprockets used in the drive line. This simple design proved its worth, over 7 million of them were made between 1946 and 1988, providing much needed motorized transport for people in France, across Europe, and around the world.

The Solex 3800 you see here is the original one used by McQueen, it has matching frame and engine numbers and it comes with a letter dated March 1970 from the Fédération Française de Motocyclisme that permits the bike’s use on the set of Le Mans.

For the first time in recent memory this moped and its unusual history is due to come up for sale, it’s due to cross the auction block with RM Sotheby’s in mid-August with a price guide of $40,000 – $50,000 USD. 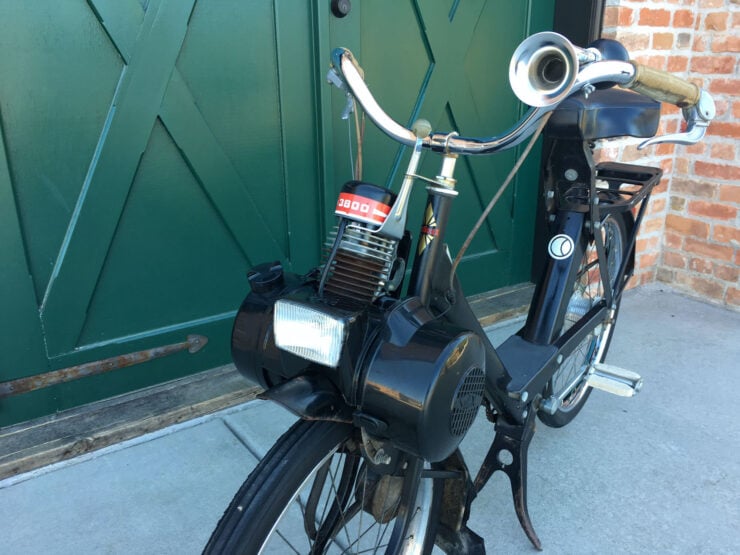 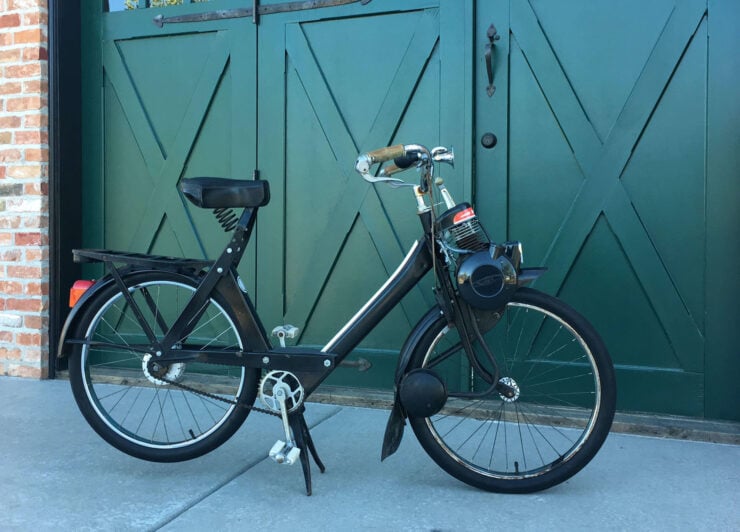 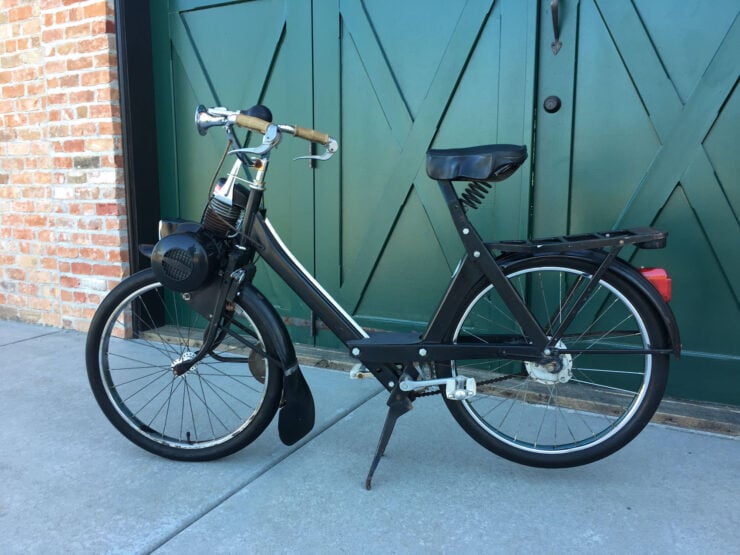 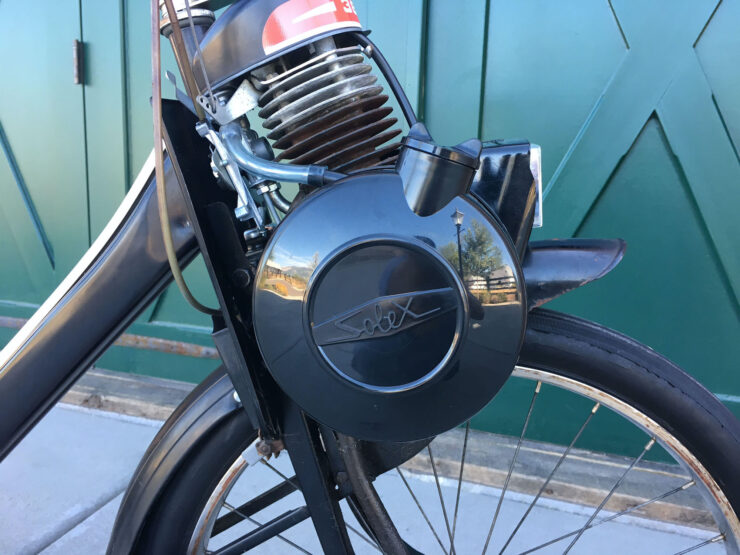 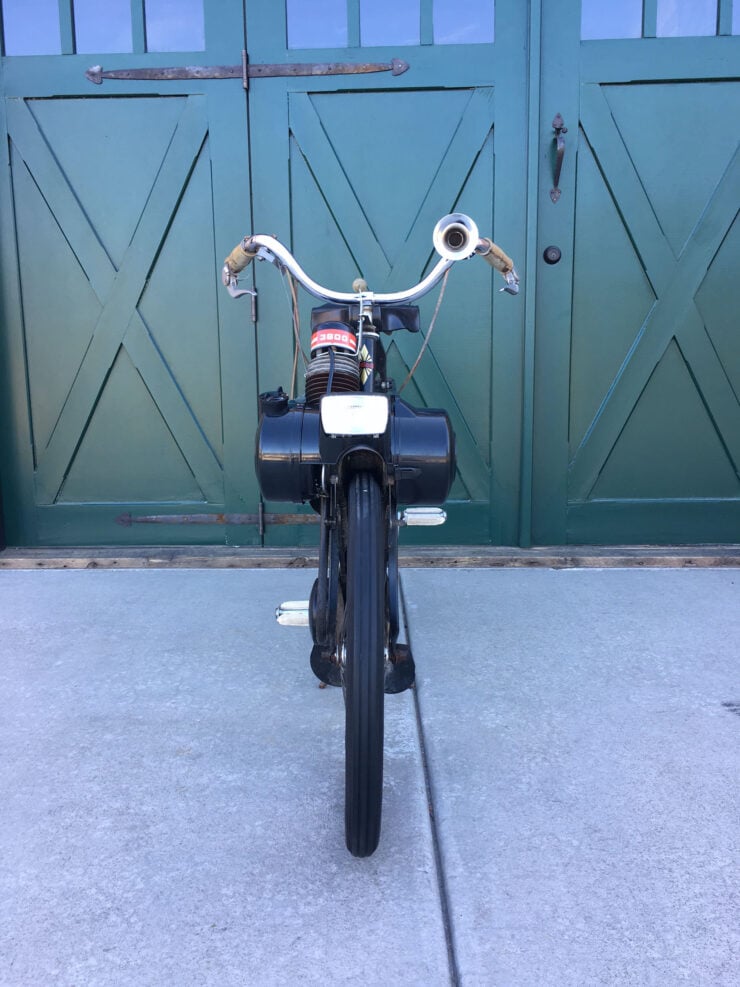 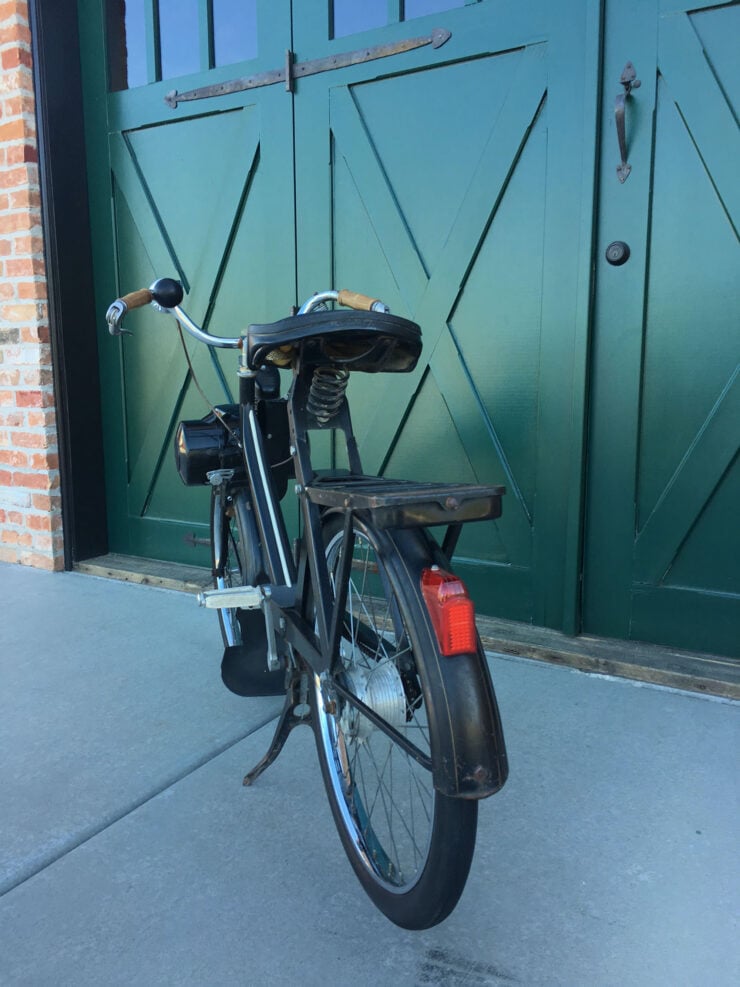 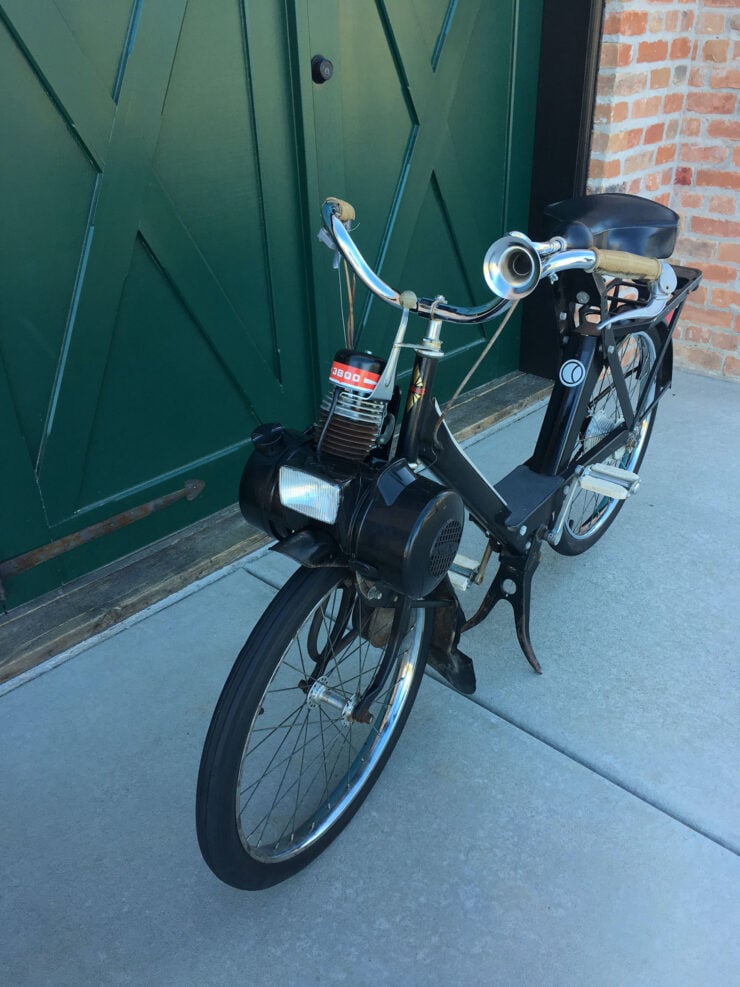 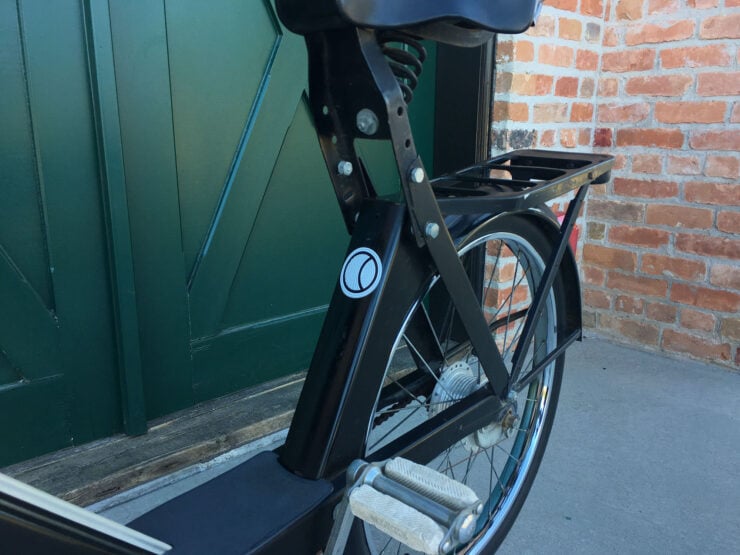 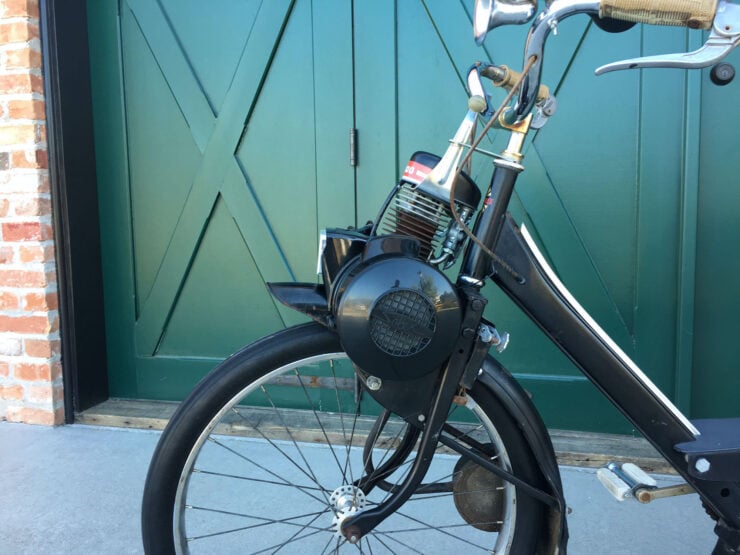