This is arguably the most famous of the Husqvarnas owned by Steve McQueen, it’s the bike that he was riding on the now legendary cover of the August 23rd, 1971 issue of Sports Illustrated magazine.

McQueen and his Husqvarnas were inseparable, he switched to them after riding Triumph desert sleds extensively for most of the 1960s. When the Huskies arrived with their punchy two-stroke engines and impossibly low kerb weights, McQueen was hooked.

Husqvarna was founded centuries before the invention of the motorcycle, it was first formed near the town of Huskvarna in Sweden in 1689 to make firearms including muskets. The company’s modern logo is a reference to this, it’s designed to appear as though you’re looking down the open iron sights of a firearm. 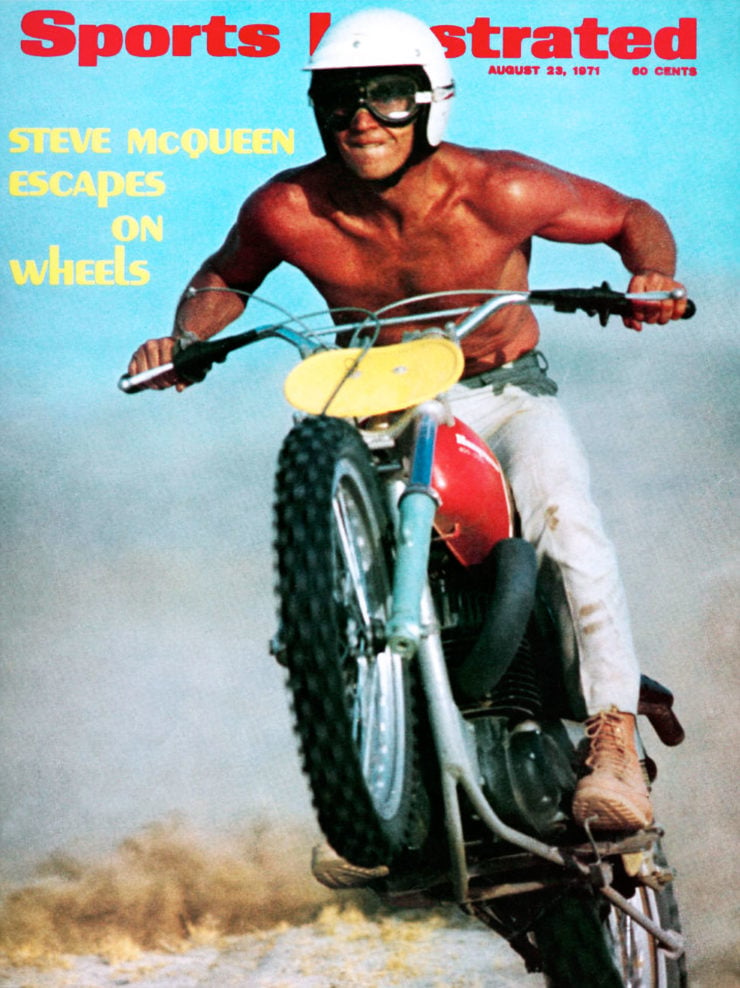 This was the cover that greeted those who bought the August 23rd, 1971 issue of Sports Illustrated magazine. The motorcycle he’s riding is the one shown in the article that’s now for sale.

Over the course of Husqvarna’s history they diversified, first into making bicycles in the 1800s, then into making motorcycles starting in 1903. By 1918 they were making the entire motorcycle in-house including the engines which had previously been imported, this was around the time they first started racing in cross-country and long-distance motorcycle races.

The Swedish company enjoy a significant number of race track successes over the mid-20th century. They beat Norton and landed a 1-2 finish at the Swedish Grand Prix in 1931 with riders Ragnar Sundqvist and Gunnar Kalen.

The development of advanced two-stroke motocross motorcycles in the 1960s would launch Husqvarna to the forefront of the off-road motorcycle world, and make their red-and-chrome fuel tanks world famous. 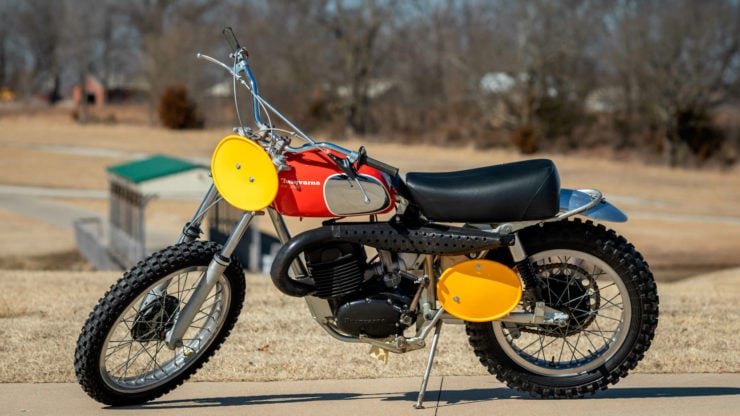 The Husqvarna 400 Cross became one of the most important motorcycles ever made by the Swedish company, it won the 1969 and 1970 500cc World Championships as well as countless individual races.

The Arrival Of Steve McQueen

Many people don’t know that Steve McQueen was a genuinely competitive motorcycle racer in his day, it wasn’t just for show or just for fun, he was a competitive rider who is said to have paid his way through acting school by racing on weekends.

McQueen represented the United States as a member of the USA Six Days Trial team in 1964 alongside the great Bud Ekins. He raced in a vast number of events over the 1960s and into the 1970s including the Baja 1000, the Mint 400, and the Elsinore Grand Prix.

In 1968 McQueen is said to have been at an event and seen Bengt Aberg racing his then-new 1968 Husqvarna 360 to victory. He bought the bike out from under him and immediately set about familiarizing himself with it.

It was clear from the get go that this new, lightweight two-stroke machine was superior to his old Triumph TR6C desert sled, and he became a devout Husqvarna rider.

Above Film: This is the original trailer of the seminal motorcycle documentary “On Any Sunday” from 1971. McQueen partly funded the film and starred in it, it went on to get a nomination in the Best Documentary class.

As soon as the upgraded 400 Cross became available in 1969 McQueen bought himself one, it’s the bike you see here, and he chose it as the bike to ride for his Sports Illustrated cover shoot in 1971.

1971 also marked the release of the Oscar nominated motorcycle documentary “On Any Sunday” from director Bruce Brown. The film would showcase a wide variety of different motorcycle sports to an entirely new audience, from cross-country races to flat track and everything in between.

McQueen partially funded the film through his own production company, Solar Productions, and he famous appears in the film himself at a few points, including in the famous closing stages of the film.

Mecum is now offering the McQueen Sports Illustrated Husqvarna for sale at its Houston Auction in late March. Interestingly it’s being offered with no reserve, if you’d like to read more about it or register to bid you can click here to visit the listing. 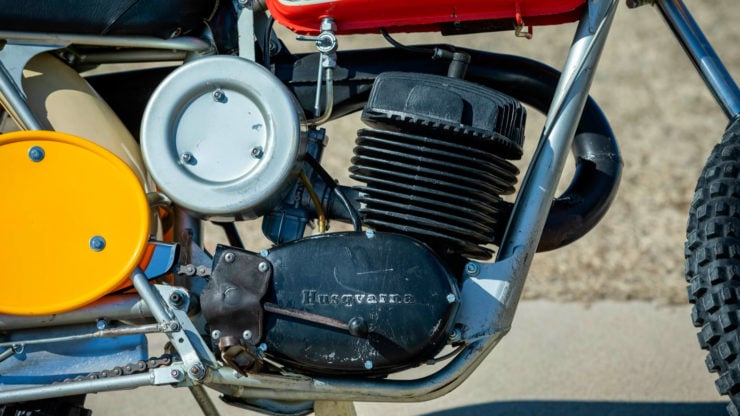 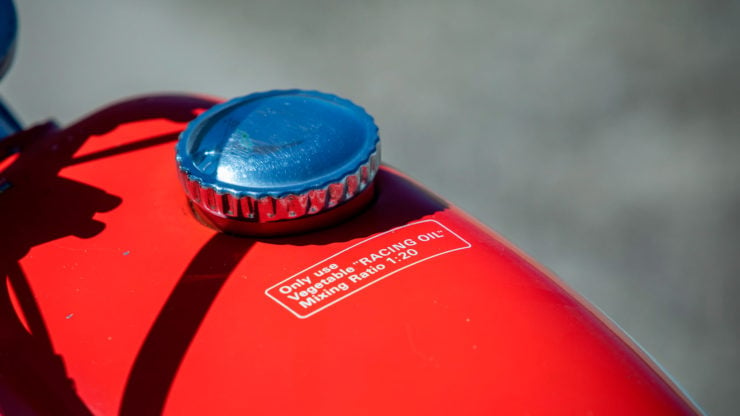 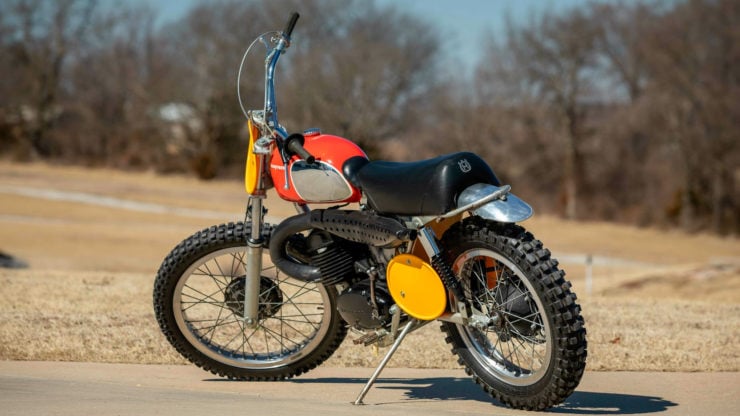 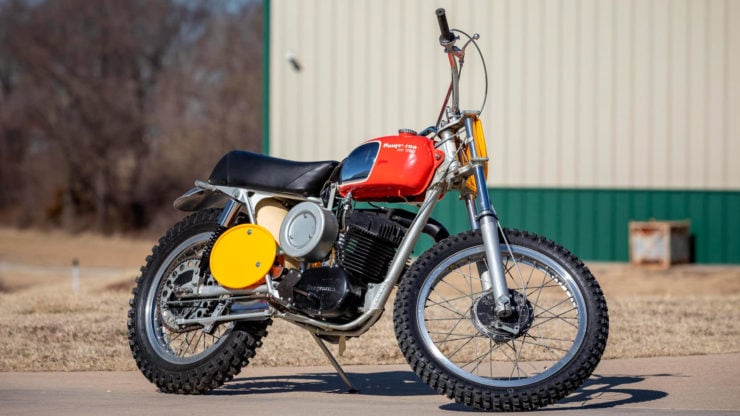 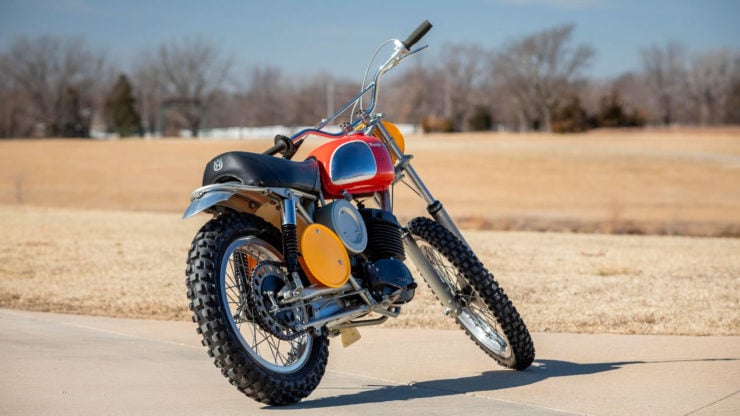 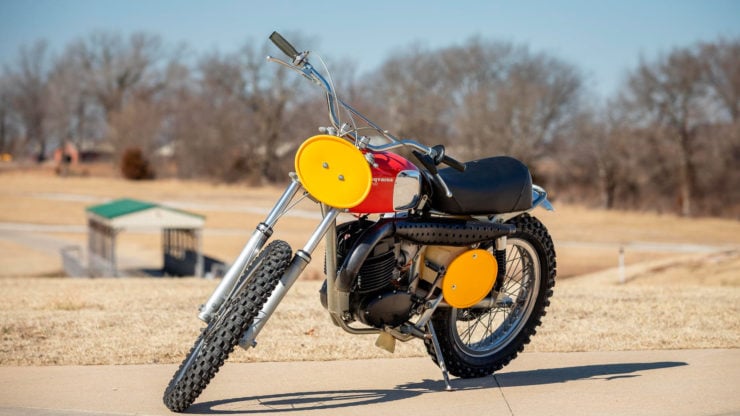 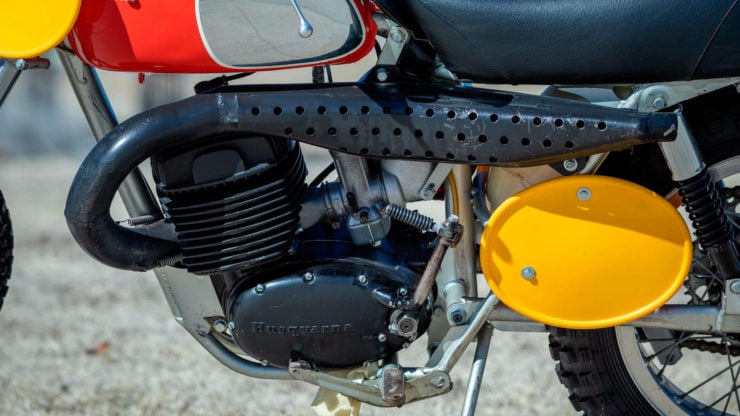 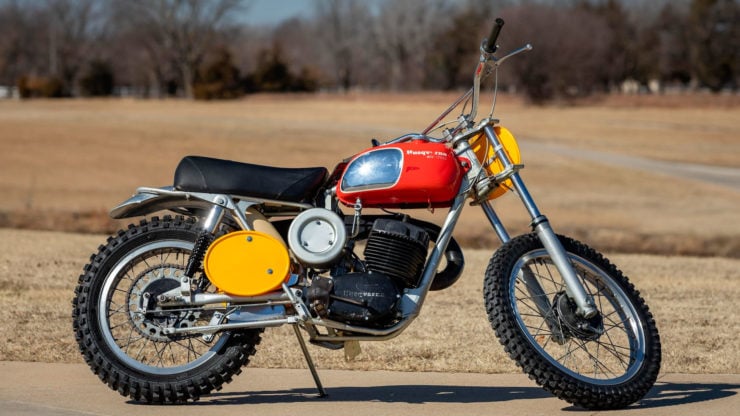