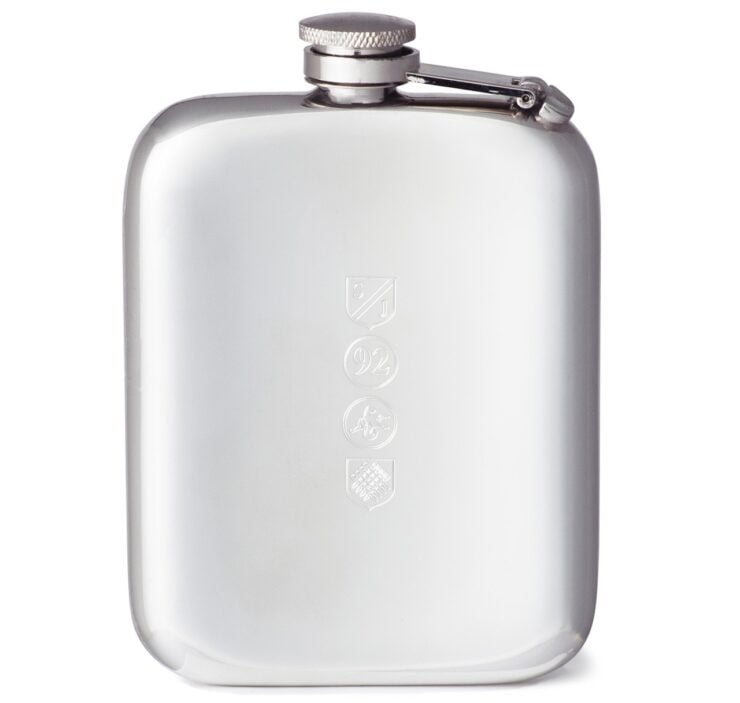 This 6oz pewter flask is handmade in England by Sir Jacks, it has a brightly polished exterior and a captive screwtop so you never lose the lid. If you occasionally get dragged along to boring black tie events, this little guy might become your new best friend.