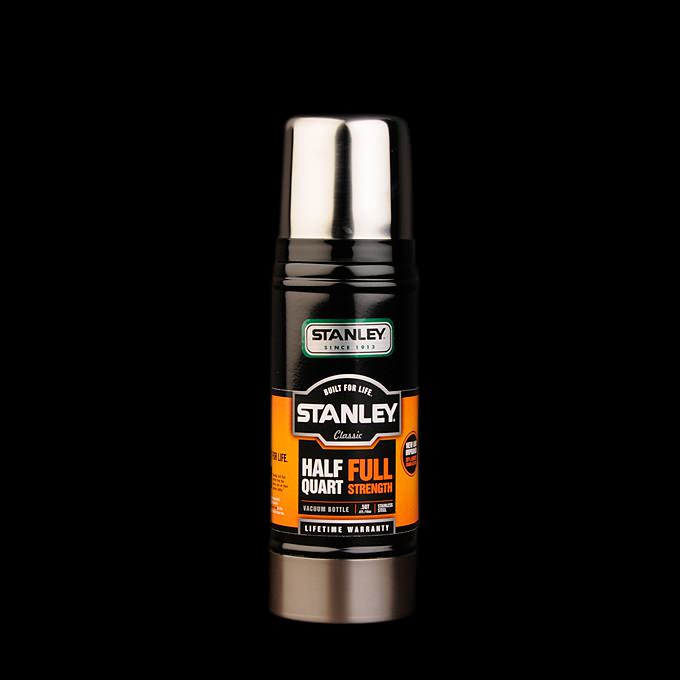 Stanley have been turning out almost bulletproof vacuum flasks since 1913, multiple generations have relied on them for hot coffee in winter and cold drinks in summer. Each flask is made of rust proof stainless steel, has a cap that doubles as a cup and will keep your stuff hot or cold for 15+ hours.