This this is Spare Tire Mount BBQ Grate by the team at Front Runner Outfitters, and just as the name suggests, it’s a BBQ grate that slots over your spare tire when not in use – making it easy to transport.

Even after cleaning, BBQ grilles can still tend to be the sort of thing you don’t really want in the car with you, so this solution keeps the grille out in the fresh air and ready for the next time you need it.

Front Runner Outfitters was founded around a campfire between a 1988 Land Cruiser 70 and a 1992 Mercedes G-Wagen in Botswana by a group of engineers, manufacturers, designers, and off road racers. 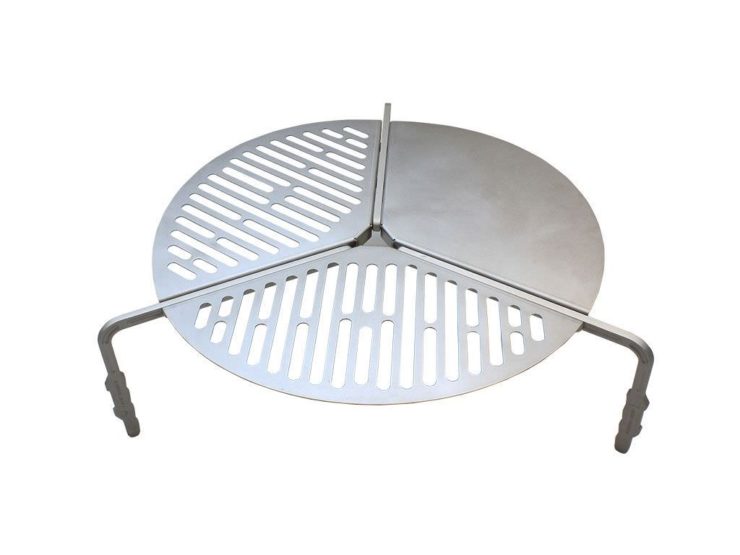 The BBQ has both grille and griddle sections for campfire cooking, when you’re done and you’re cleaned it off it attaches to your spare wheel with a ratchet strap to keep it secure until next time.

As the story goes, they were tired of relying on the often subpar equipment currently available to them, so they decided to develop their own, and test it to destruction in the African wilderness.

In the years since they’ve developed a broad line of gear and equipment, and established a global reputation for the quality of their work. 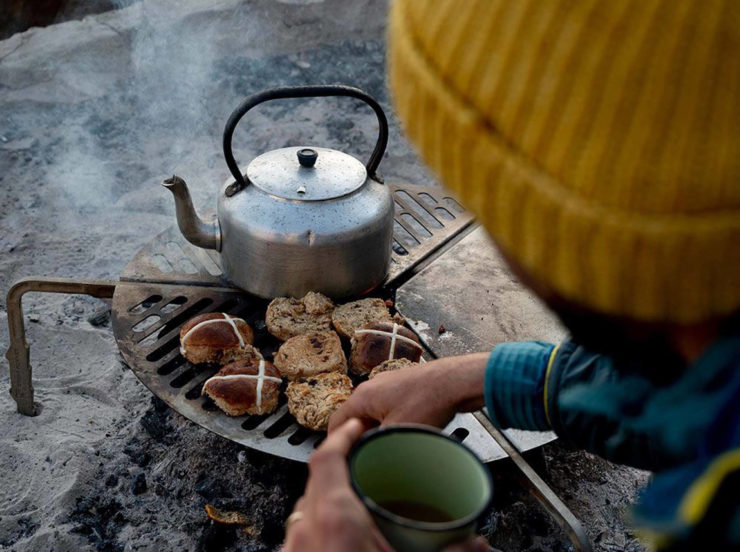 The grill surfaces are all steel, the legs are adjustable for width and made of lightweight aluminum.

The Spare Tire Mount BBQ Grate has been one of their more popular creations due to its sheer usability, it can be securely attached to spare wheels from 29 to 37 inches in diameter, covering the vast majority of use cases.

The upper section is a laser cut steel grill grate and the legs are all made from lightweight aluminum. It has both grill and griddle sections for campfire cooking, and it weighs in at 4.5 kgs (9.9 lbs). 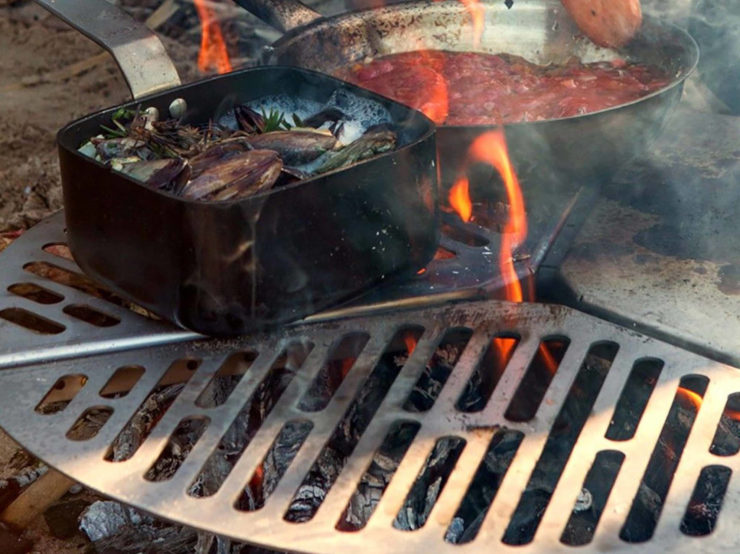 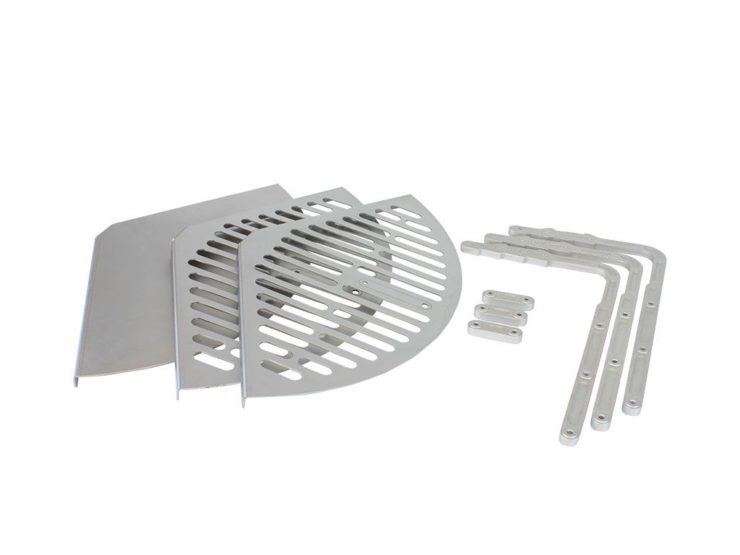 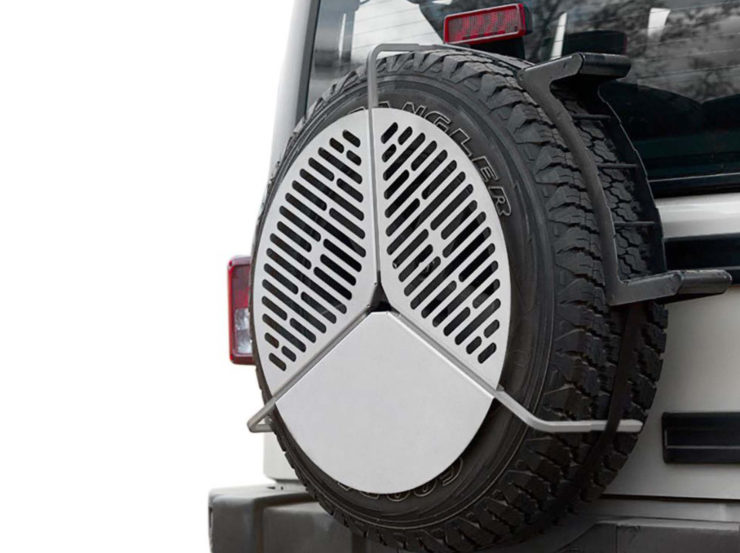