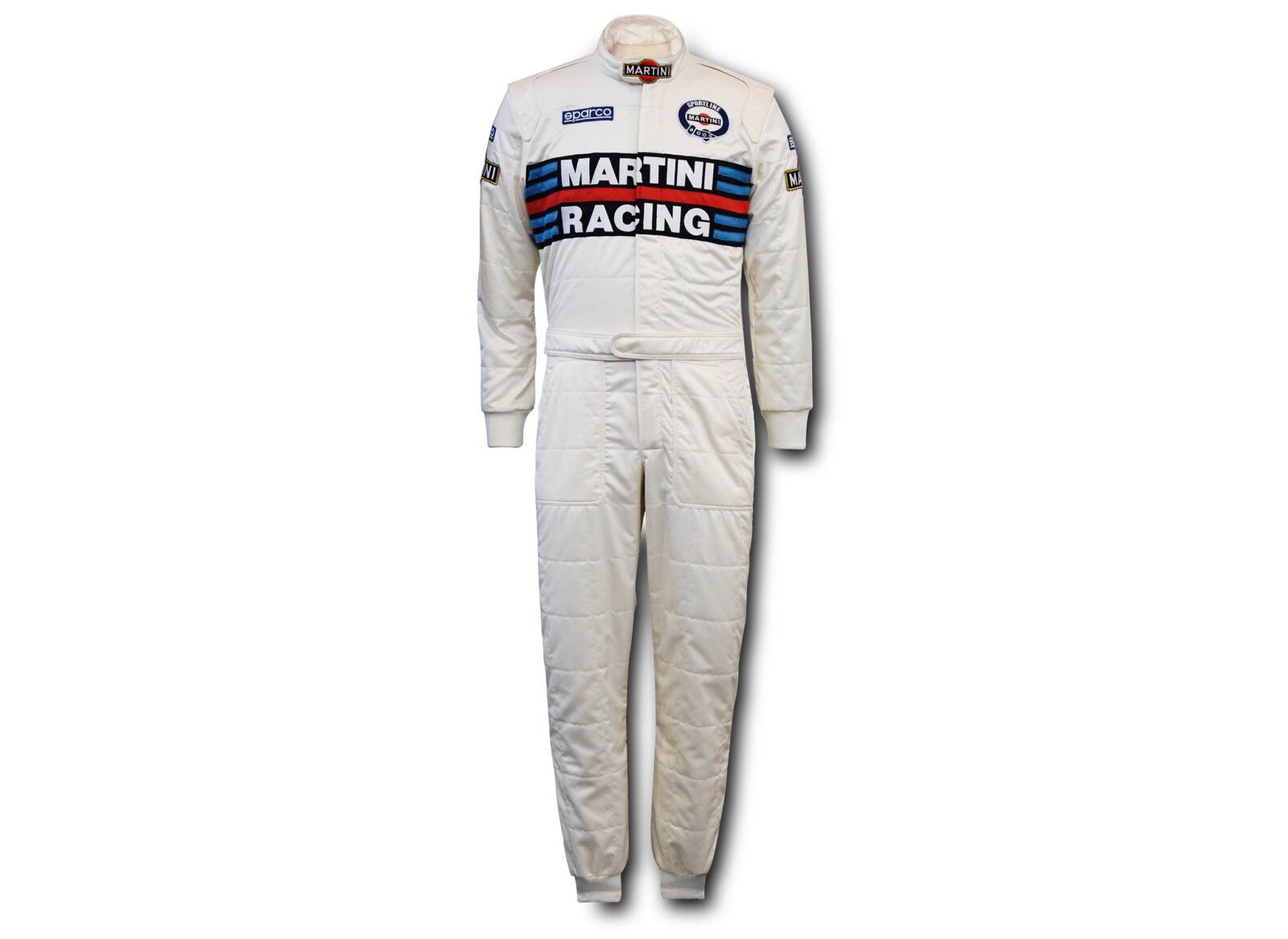 The Sparco Martini Racing Race Suit was designed to look like it could be found in a top notch racing driver’s closet in the 1970s. The technology inside the suit is fully up to date however, it is made from the most modern flame retardant materials available and it’s FIA 8856-2000 approved.

The suit uses a white base color to best showcase the classic Martini Racing logo across the chest, it also has “Martini” on each upper arm and across the neck closure accompanied by Sparco logos on the chest and upper arms.

Each suit is made from a lightweight triple layer Aramid material for heat and flame protection, it has breathable inserts help regulate body temperature, and importantly it has pre-shaped sleeves reduce material bunching for a better fit and feel in the driving position.

The striped Martini livery is a sight that’s been familiar to motorsport fans for decades, the company first started sponsoring race teams back in 1958 as a way to promote Martini & Rossi, a distillery that produces Martini Vermouth in Turin, Italy. 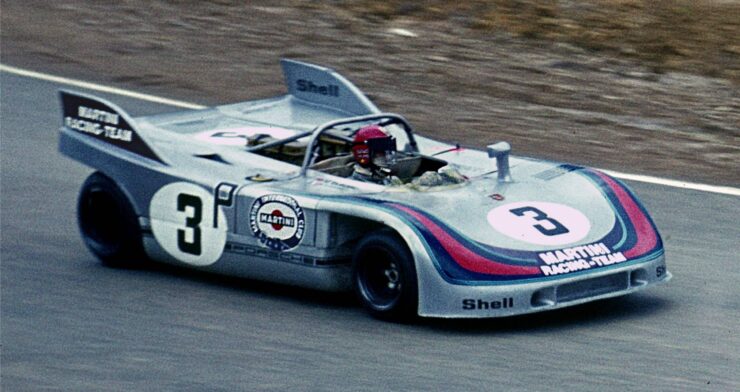 Above Image: Vic Elford in a Porsche 908/3 during practice for the 1000 km race at the Nürburgring. Image courtesy of Lothar Spurzem.

Over the years the company has sponsored a staggering array of teams in almost every sector of the motorsport world including Formula 1 and rally. The Martini sponsored car that won the most races was the legendary Lancia Delta HF Integrale, and the full list of race wins and championships is impressively long.

This Martini Racing suit by Sparco offers the best of both worlds with its retro styling and modern protection, as such its become a popular suit with racing drivers who compete in vintage machinery at events like the Goodwood Revival.

Sizing ranges from 48 to 60 and there’s a guide on the site to help you get the right fit first time. The suit weighs just 1.04 kilograms in size 54, it has a lightweight collar and ultralight seams throughout to keep you comfortable even when wearing it all day.