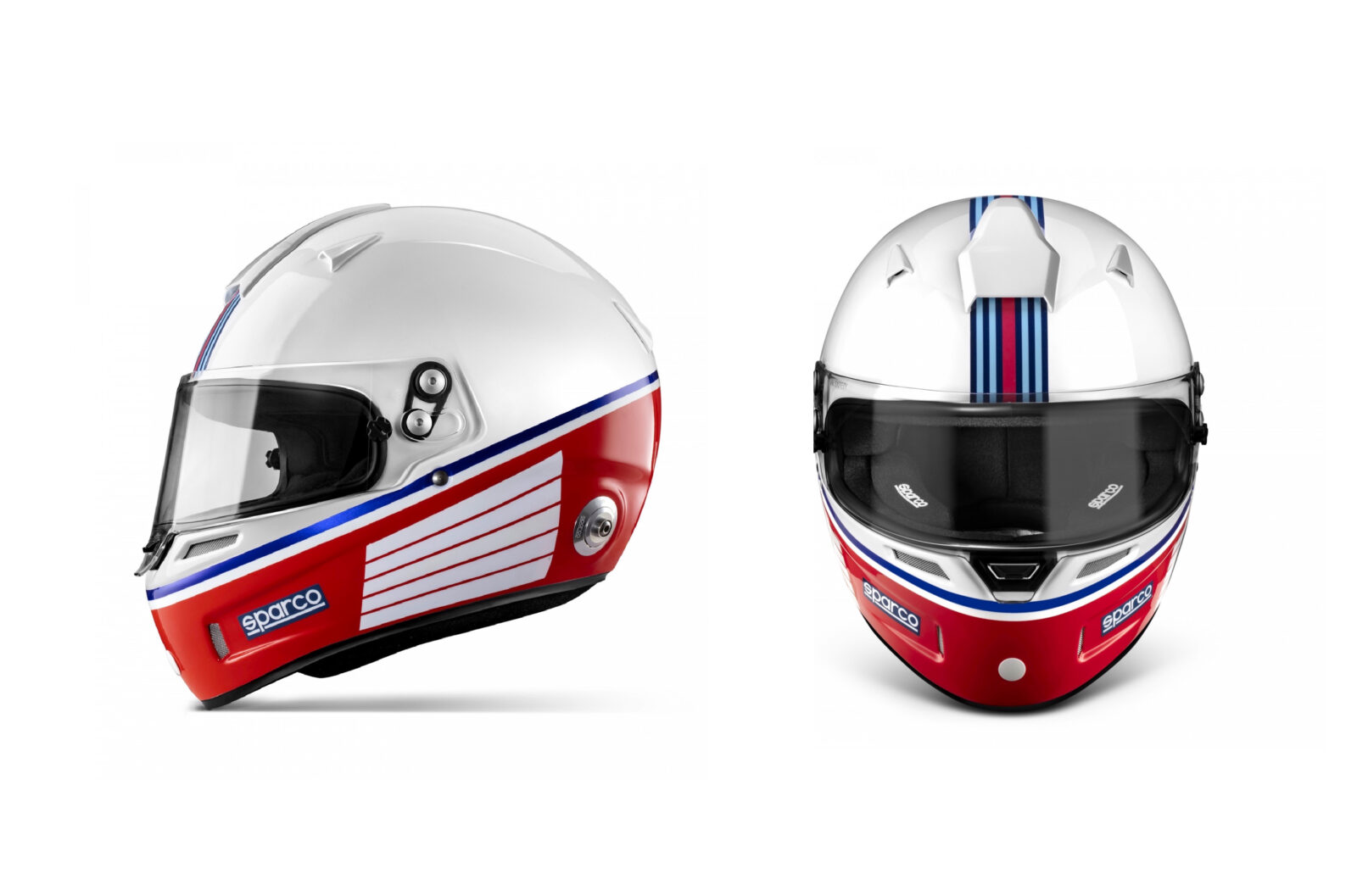 The Sparco Air Pro RF-5W Martini helmet carries one of the most famous racing liveries in motorsports history, with its white background and blue/red stripes running down the centreline.

Far from being just a display piece, this helmet is ready to race. It has a shell made from layers of carbon-Kevlar and fibreglass, with full SNELL SA 2015 and FIA 8859-2015 type approval – meaning you can use it for everything from track days to professional-level racing.

Sparco specifically developed the Air Pro series of helmets to offer excellent ventilation – racing cockpits are often hot places after all and of course, race cars don’t typically have climate control systems. The helmet’s linings can be removed in full and hand washed, and they’ve been designed to be easy to reinstall.

Sparco Air Pro RF-5W Martini helmet has Hans® clips on the rear, these clip to a shoulder mounted head and neck safety device (H.A.N.S.) that stops the head from flying forward in crashes, potentially leading to severe spinal damage.

The helmet is also designed to accommodate a drink system, an essential feature when racing in warmer climates or in endurance type events. The FIA approved visor can be adjusted to multiple levels thanks to a new type of fastening, this allows the wearer to adjust the amount of airflow coming in the front of the helmet on the fly while wearing racing gloves. 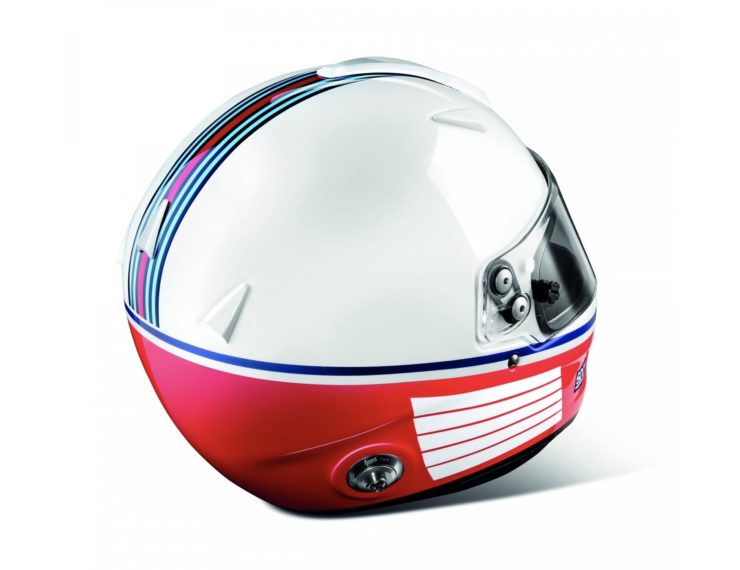