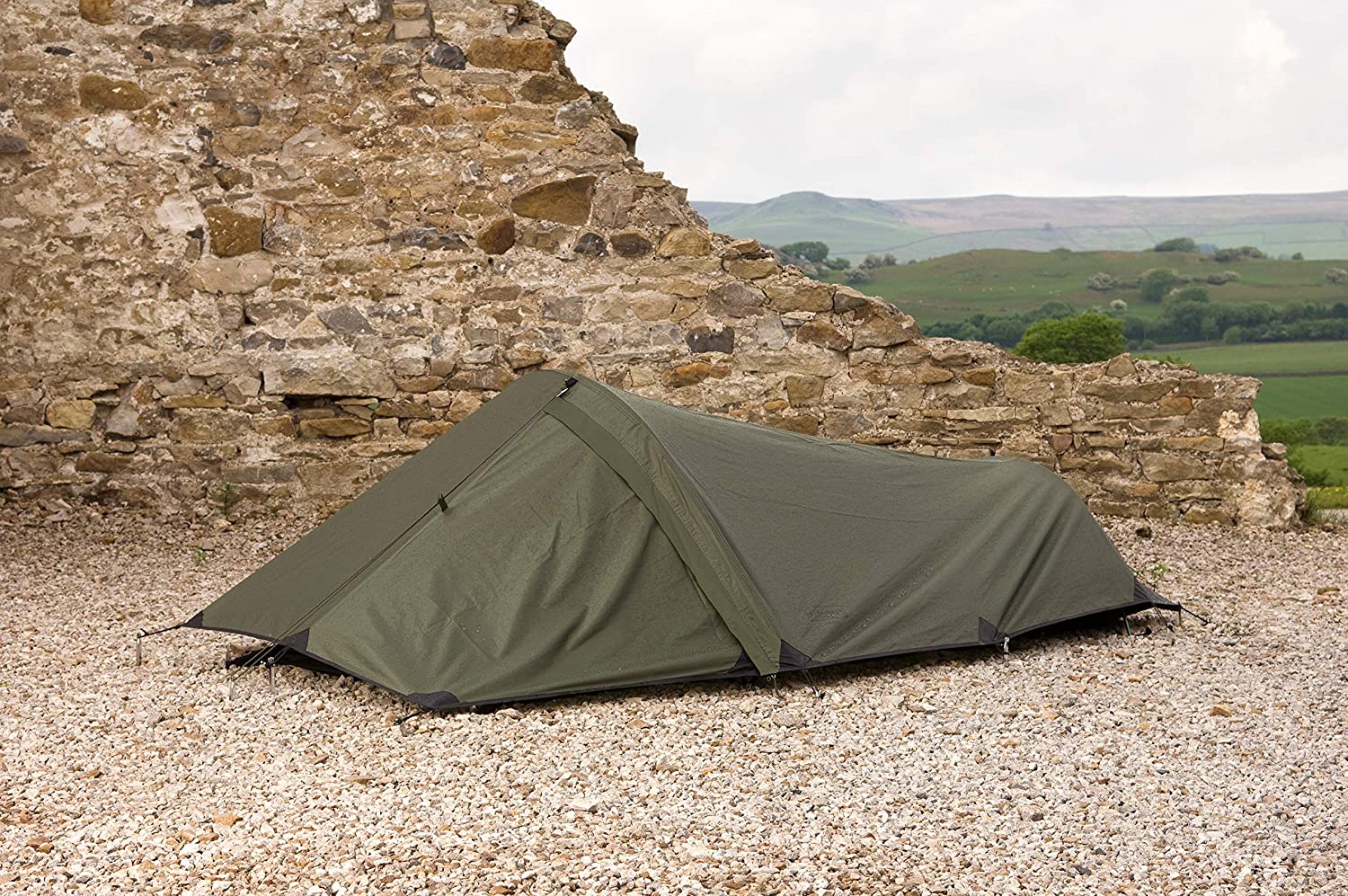 The Snugpak Ionosphere is a British-made, swag-style one person tent designed to be extremely small and lightweight – making it ideal for motorcyclists on cross-country adventures.

This kind of one person tent is probably best associated with the famous Australian swag, roll up bed roll that also offers some weather protection.

They were originally perfected by Australian jackaroos (cowboys or cattlemen) but they were widely adopted over time, and today they’re a popular form of tent for motorcyclists as well as hikers, adventure racers, and anyone else who needs a small tent set up that’s quick to deploy.

The Ionosphere by Snugpak weighs in at just 1.52 kgs or 3.35 lbs and it packs down to 48 cm x 14 cm or 19″ x 6″. It provides shelter from the elements for one person however they explain that it can accommodate two in a pinch, or if you happen to meet a potential romantic partner who isn’t claustrophobic. 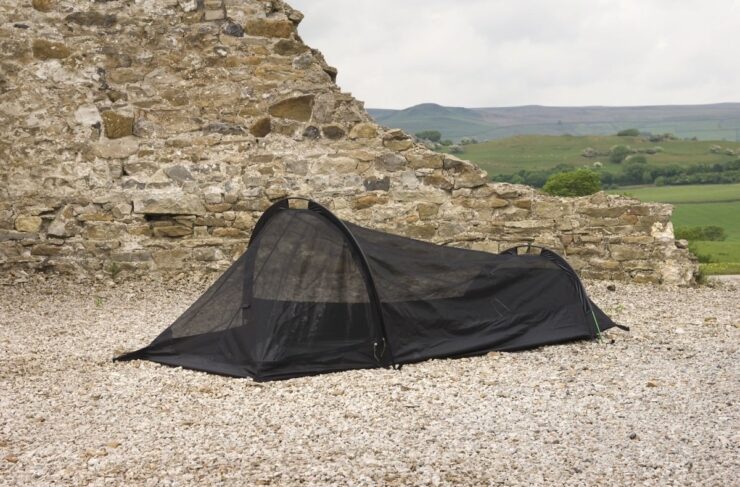 Above Image: The Ionosphere can be set up without the outer rainfly, for use in warmer climates when you just need bug protection.

The team at Snugpack designed the Ionosphere to be useable in two main configurations, so it has a full separate flyscreen and a rainfly which then goes over the top. In hot climates when you’re not expecting rain you can leave the rainfly off and sleep under the stars, while the 50D polyester No-See-Um-Mesh (1600 holes per square inch) keeps the mosquitos and other bugs at bay.

The groundsheet is a 190T 100% nylon with a (5000mm HH) waterproof PU coating, the tent uses waterproof taped seams, and the whole thing is flame retardant. Each Ionosphere tent ships out with a compression bag and a basic repair kit for on the go fixes if required.

Snugpak make all of their equipment in their West Yorkshire factory in the North of England, a listed mill built in the 1800’s on the edge of the Yorkshire Dales. 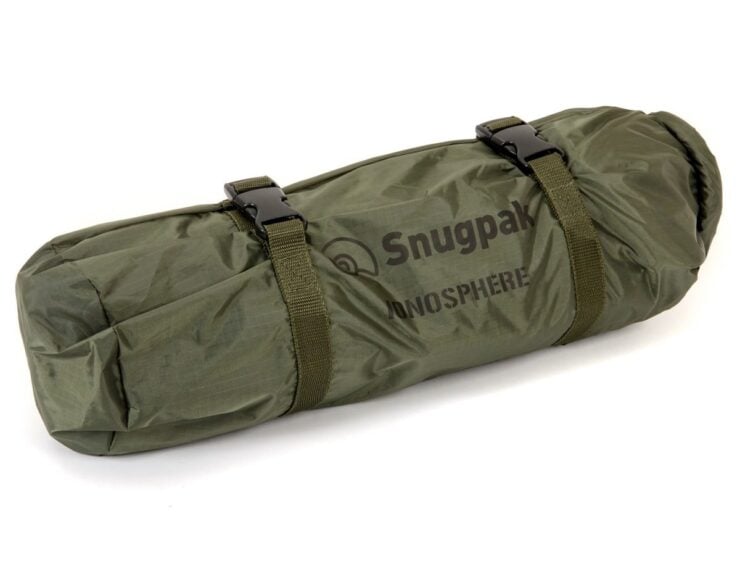 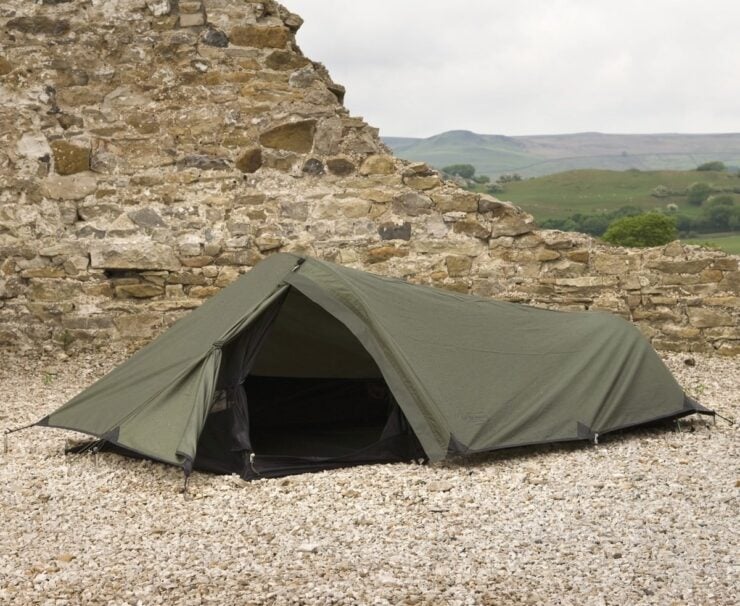 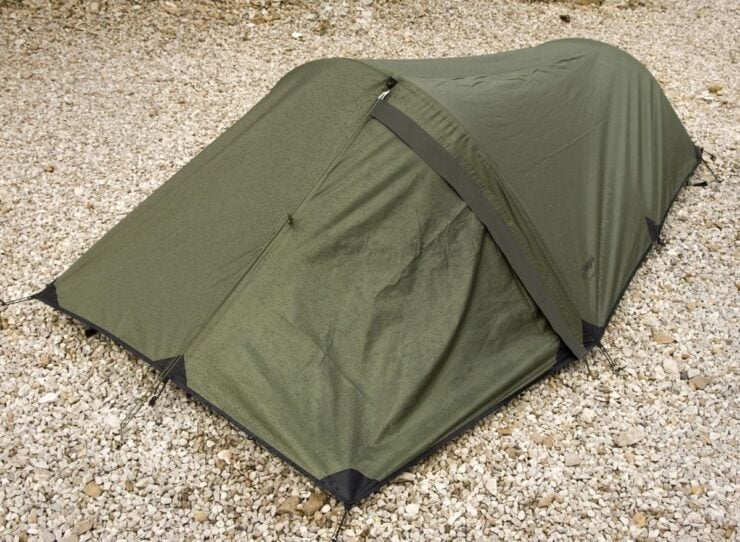 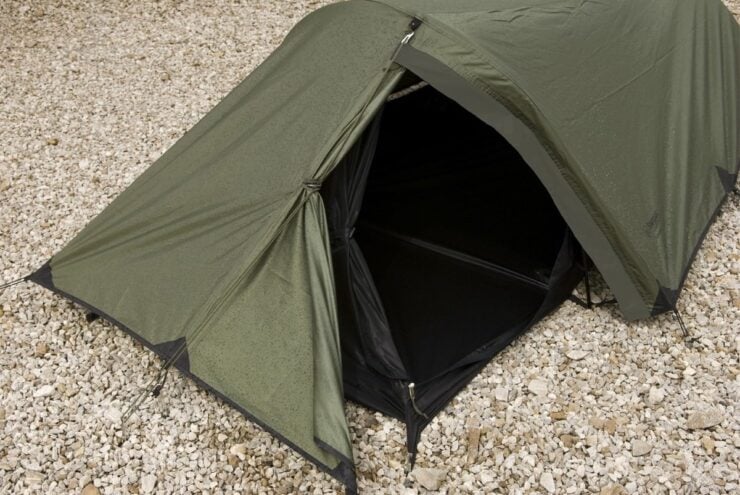 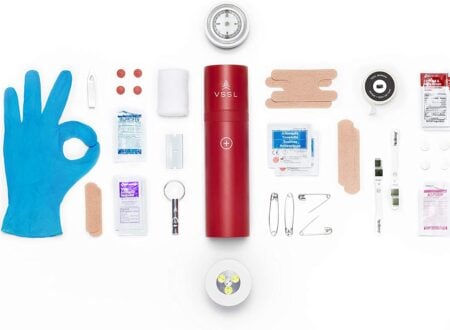 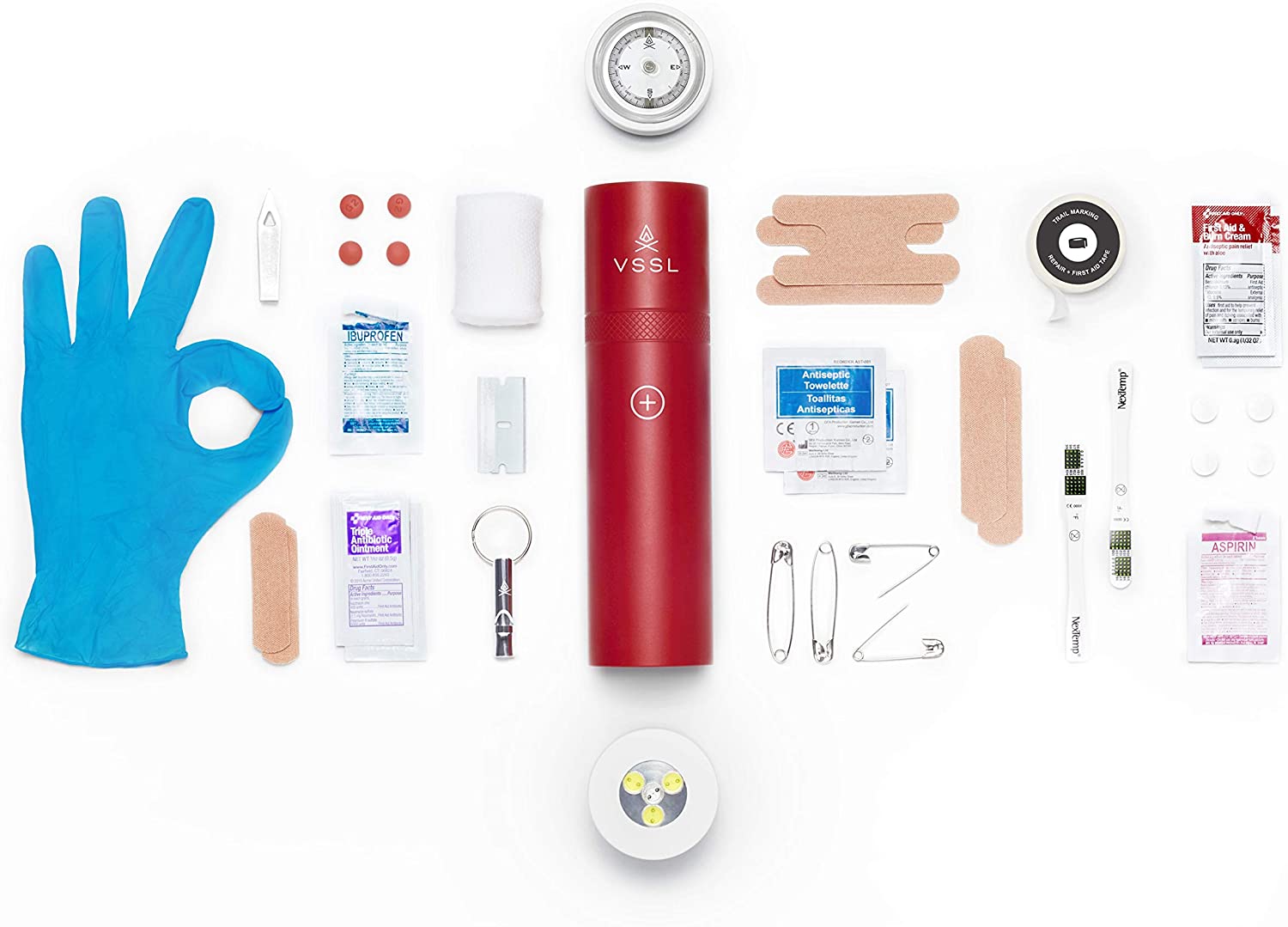 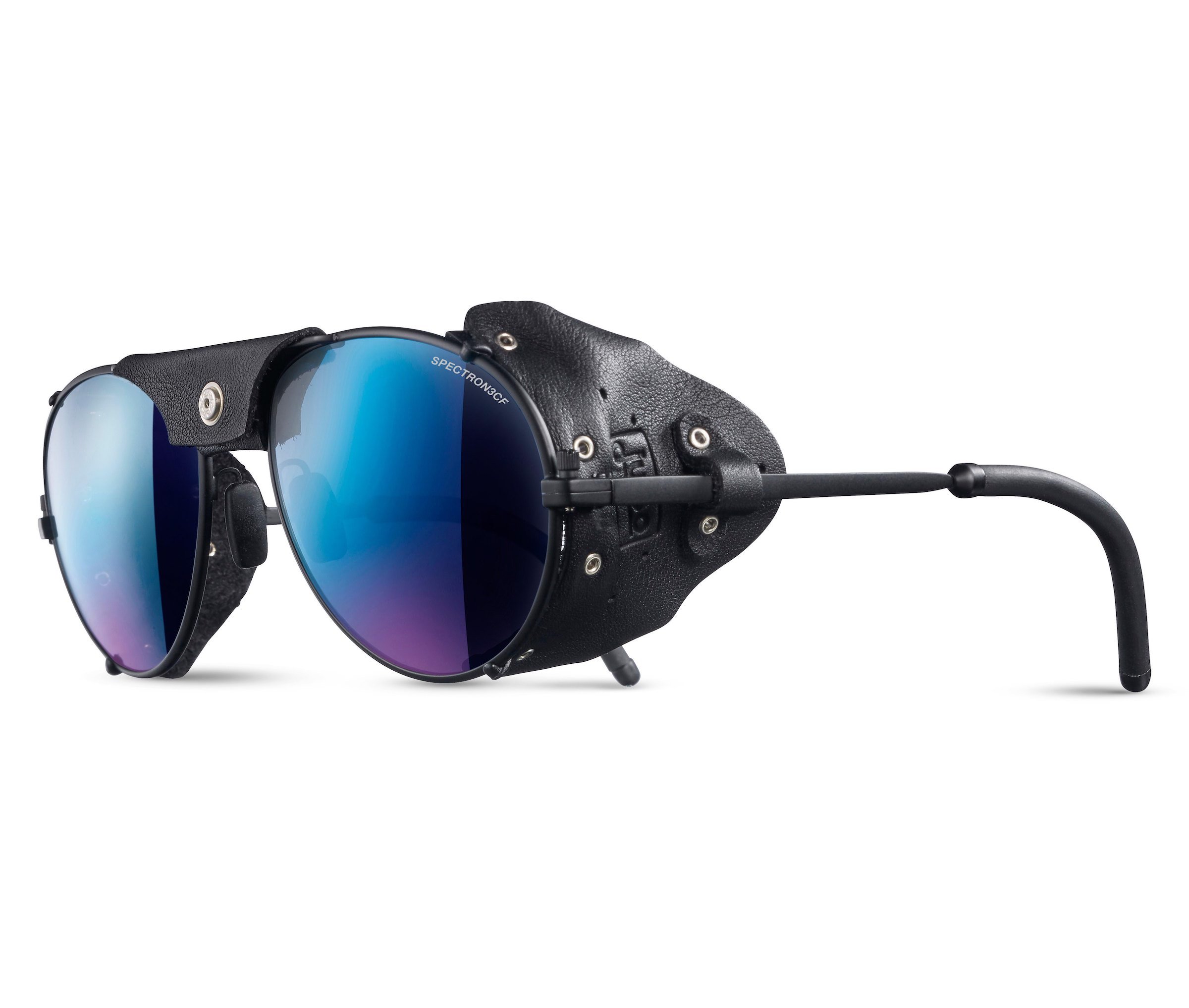