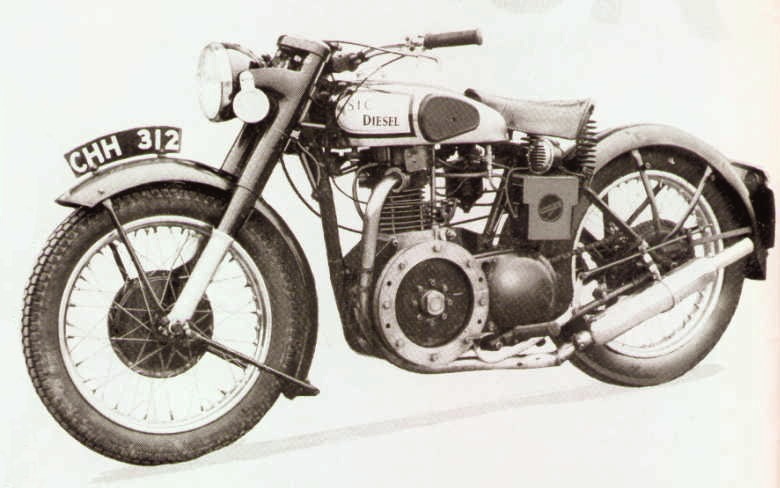 The Sidney Diesel Norton is one of those rare engineering experiments from the middle of the last century for which very little information still exists.

We know that the engine was built hand built by Alfred Smith and Arthur Sidney, then fitted to a stock Norton motorcycle, the engine has a large, external flywheel (visible in the above photograph) and a single cylinder.

The engine was said to produce 14hp from it’s 500cc capacity and was able to propel the motorcycle at a comparable pace to other modern motorcycles of the time. A total of 4 of the engines were made and no one knows what happened to them, if you do, let us all know in the comments below.

We managed to find the original patent filing for the Sidney Diesel Norton, I’ve included it below for those who are interested in the technical elements of the design. 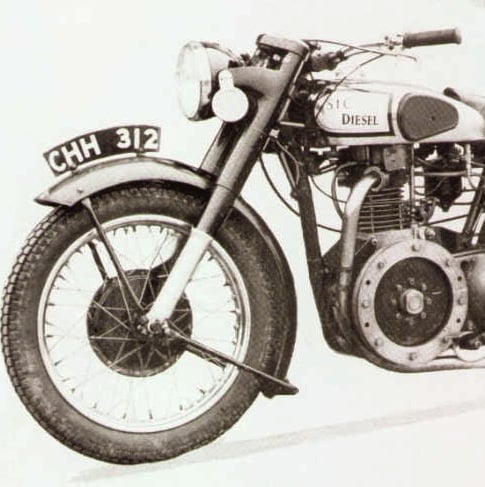