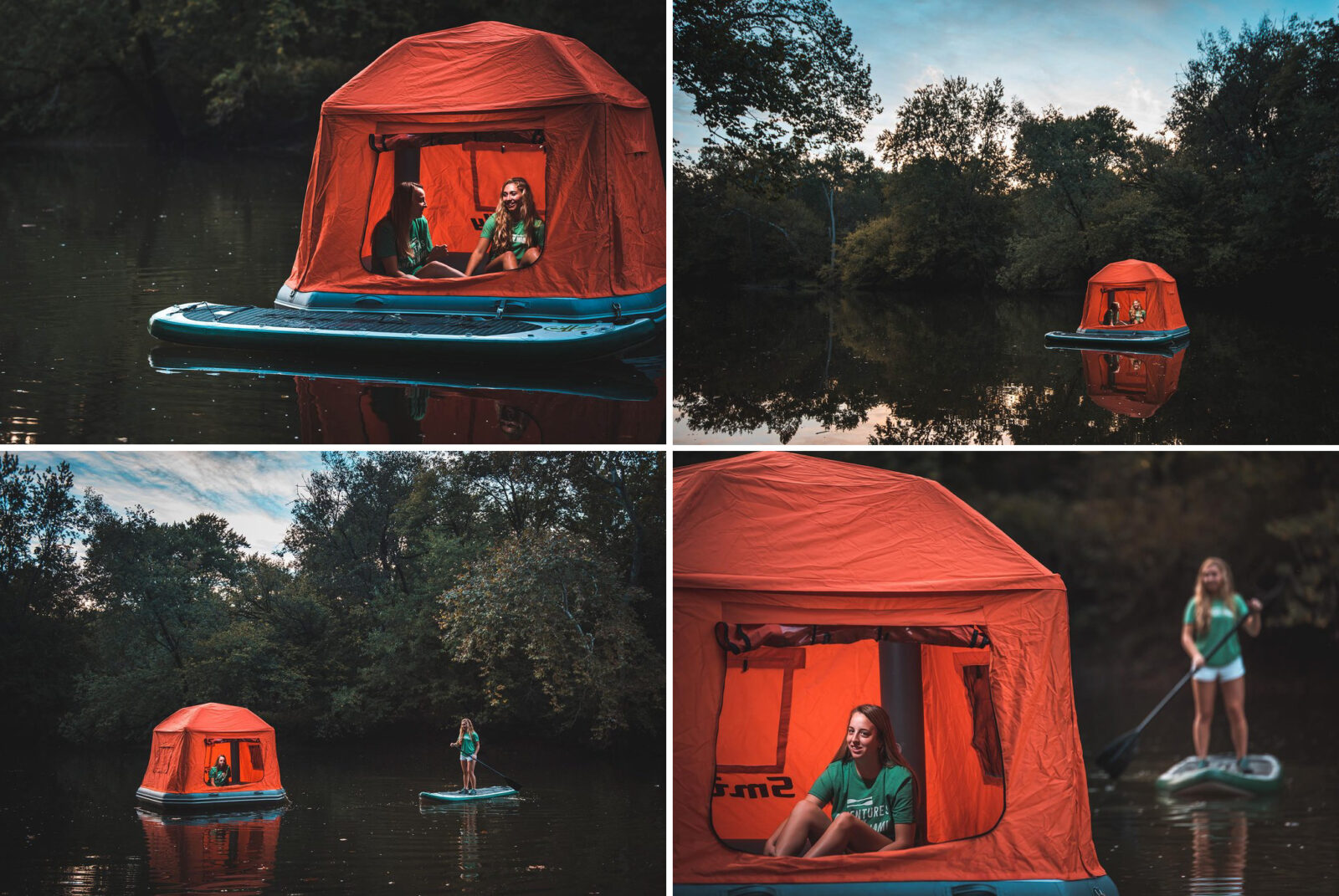 The Shoal Floating Tent is 100% inflatable, meaning there are no tent poles, guy ropes, or pegs to worry about. Both the base and frame are inflated to 10 PSI, and due to the fact that the air frame is flexible it can withstand high winds, storms, and heavy rain without issue.

The base of the Shoal Tent is a 6 inch thick inflatable floor that acts as both a raft and an air mattress. The tent fabric is heavy duty, 100% waterproof, and sealed with tough #8 zippers. The sides of the tent all attach and detach using a heavy duty hook and loop system, allowing occupants to get in and out through the sides or out through the main doorway.

The tent can be set up just as quickly as you can pump it up, owners can use foot pumps, hand pumps or electric pumps – with the latter being the quickest option. It’s recommended that campers tether themselves to an anchor or land-based fixed object for safety – otherwise you’re likely to wake up miles from where you went to sleep (though hopefully not as you go over a waterfall).

If rivers, lakes, ponds, or dams are in short supply where you intend to camp, the Shoal Floating Tent can also be set up on land and used as a regular tent with a built in inflatable mattress. 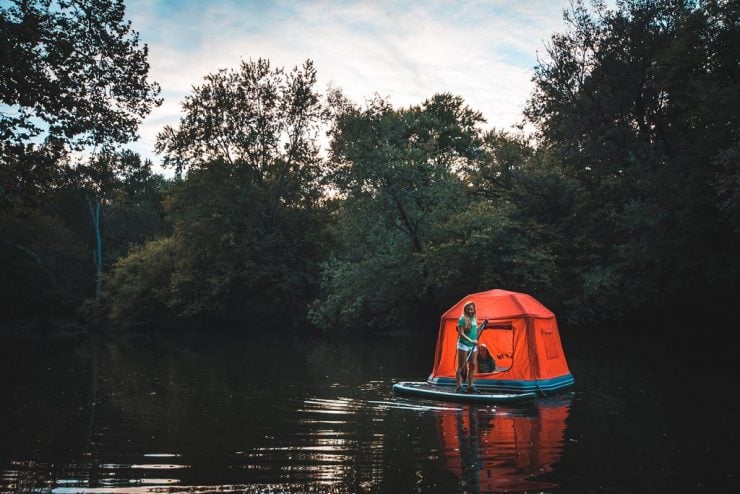 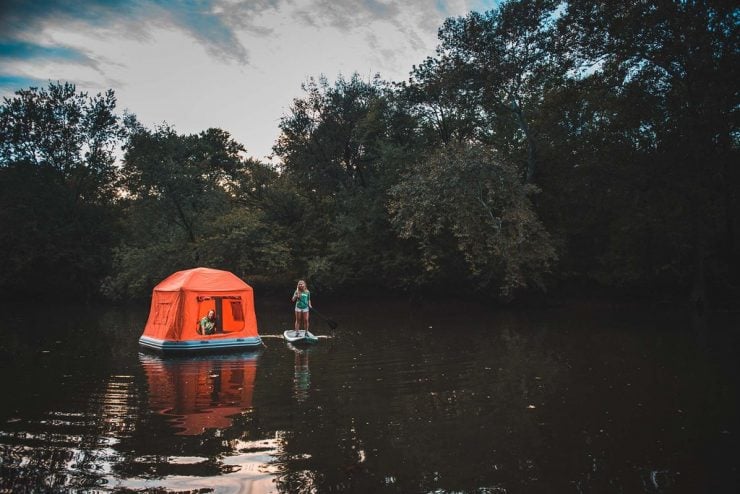 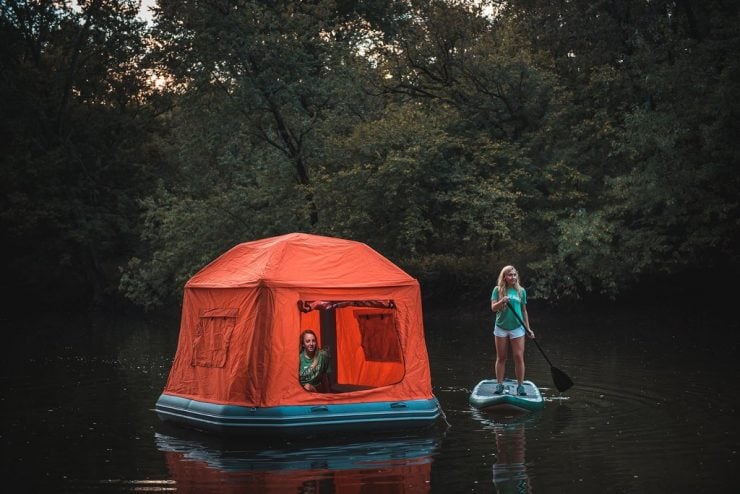 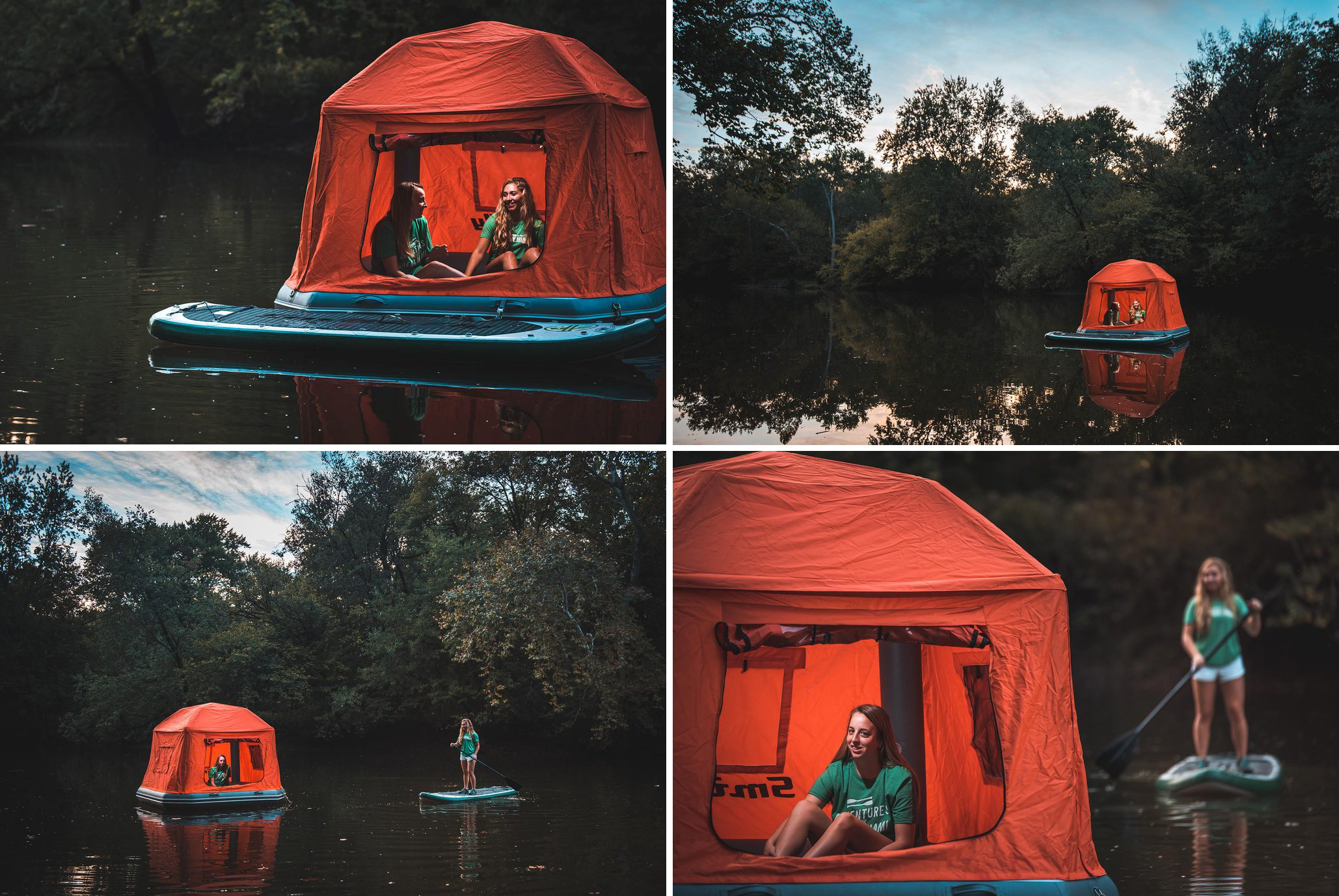