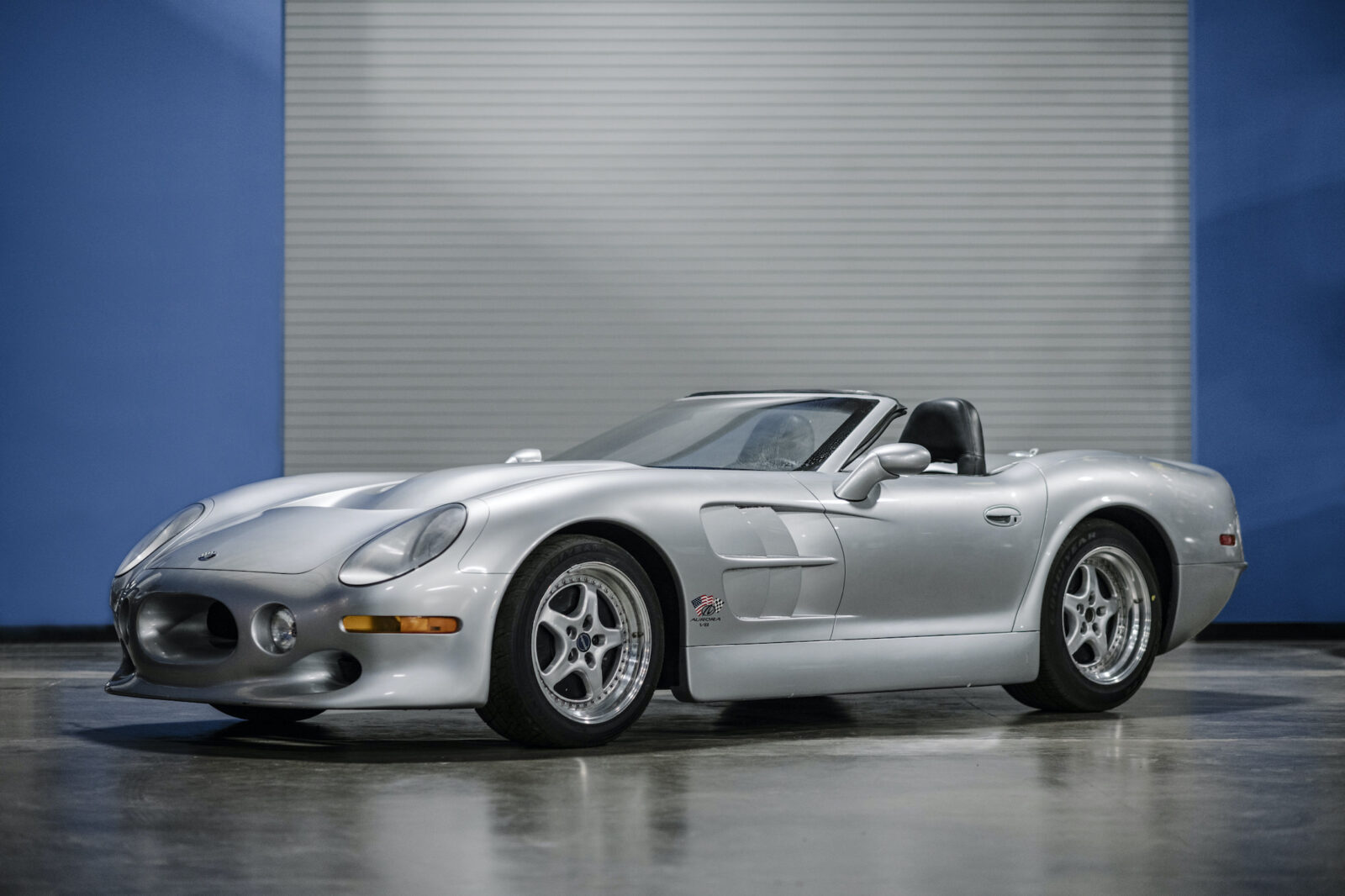 This is a full-sized clay Shelby Series 1 clay design model in 1:1 scale, it was created in the late 1990s as a precursor to the Shelby Series 1 production car which was arguably the most ambitious project of Carroll Shelby’s life.

Shelby first became famous as a racing car driver in the 1950s, rising to prominence in the United States followed by a successful career in Europe that culminated with him winning the 1959 24 Hours of Le Mans co-driving with Roy Salvadori in the Aston Martin DBR1/300.

Due to a heart condition he retired from racing after Le Mans but kept himself busy, first by importing AC Ace sports cars and fitting them with Ford V8s to create the Shelby Cobra, and later by working closely with Ford building special versions of the Ford Mustang and running the GT40 program that would make such a successful return to Le Mans.

Over the course of his remarkable, decades long career Carroll Shelby built one production vehicle from scratch. The rest had been modified production cars, many of which are now worth hundreds of thousands or even millions of dollars, but with the Shelby Series 1 he wanted to start with a blank slate and create a 21st century version of the original Shelby Cobra. 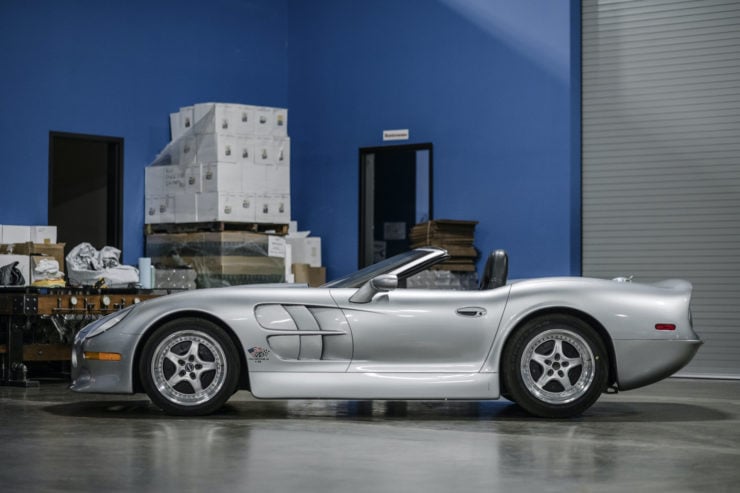 Truth be told the project was probably a little too ambitious even for Shelby, and it encountered its fair share of teething issues, however once sorted the cars offered remarkable performance by the standards of the late 1990s.

The Shelby Series 1 used a high-strength, all-aluminum chassis, modern carbon-fiber bodywork, and a Shelby-modified Oldsmobile 320 hp double overhead cam per bank L47 V8 engine. The car could do the 0 to 60 mph dash in 4.4 seconds, cover the quarter mile in 12.8 seconds at 112 mph, and reach a top speed of 170 mph.

The model you see here has a clay body that’s been finished with paint and all the fittings to ensure it looked as much like a production car as possible – the cars that rolled off the production line would look almost identical to it.

The vehicle can be rolled however it obviously doesn’t have a drivetrain, the doors, hood, and trunk do not open, and it has no chassis number or VIN. Pieces of truly unique automotive history like this don’t often come up for sale so it’ll be interesting to see what this sells for when it crosses the auction block with RM Sotheby’s on the 22nd of January as it’s being offered with no reserve. 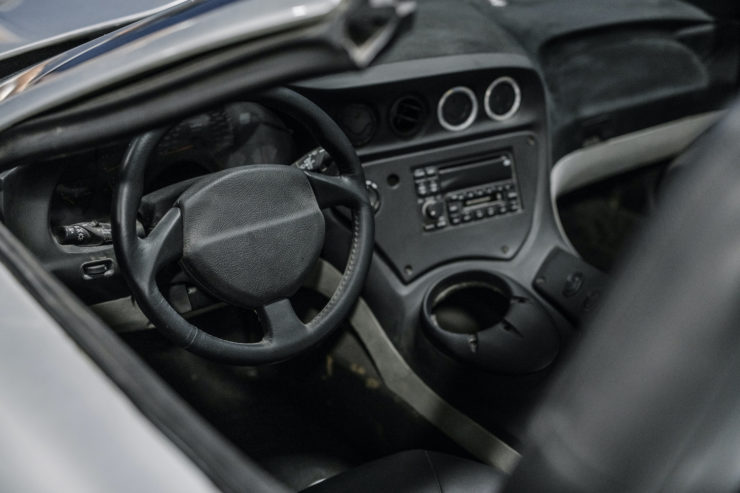 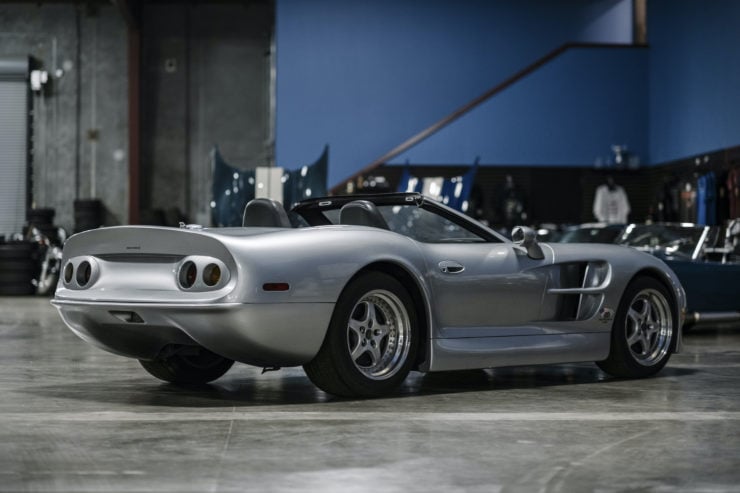 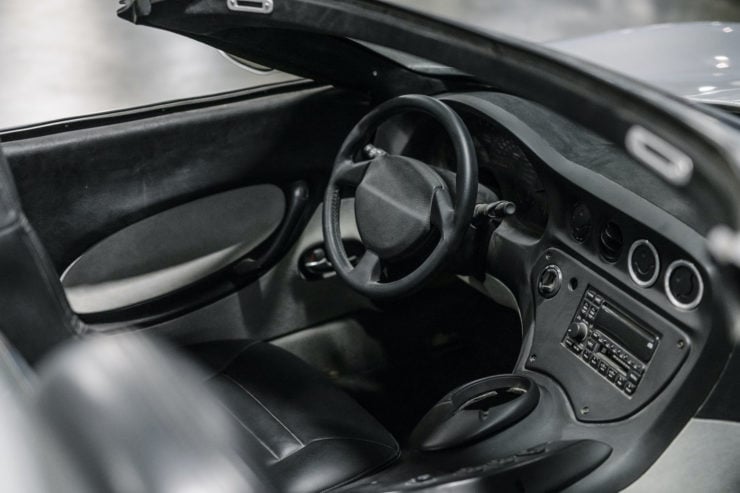