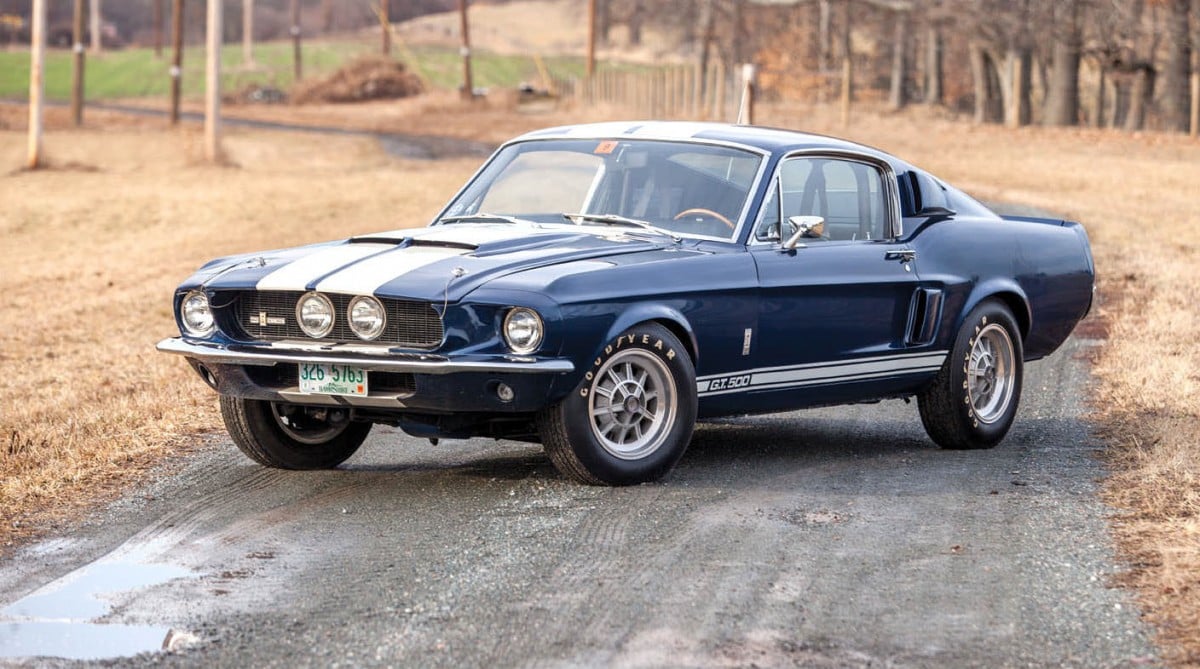 The 1967 Shelby GT 500 was to be the most powerful Mustang that had ever been built, up until that point in history. The Mustang had famously debuted in 1964 and had enjoyed overwhelming sales success across the USA, in the first 18 months Ford sold over a million of them – after having estimated they’d only sell 100,000 in the first year.

Part of the reason for the runaway success of the new model was the extensive use of parts from other production Fords, namely the Falcon and Fairlane. This made it easy for dealers to order the Mustang without having to worry about retraining their mechanics or stocking a new line of parts, it also massively reduced Ford’s overheads due to the lack of development costs and the economy of scale.

By 1967 Ford was feeling very confident about the future of the Mustang and so they were receptive to Carroll Shelby’s proposal that a 427 cubic inch (7 litre) Ford V8 should be shoehorned into a new version of the model that he’d call the GT 500. The resulting car produced 355hp and a tectonic plate shifting 420 ft-lbs of torque, it could sprint from 0-62mph in 6.5 seconds and could run the quarter mile in ~15 seconds, depending on who was behind the wheel. 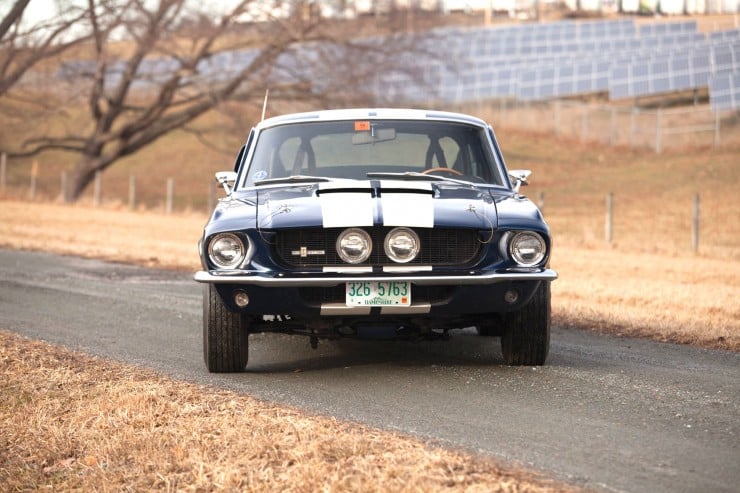 As it happened, 1967 would be the last year that Mustangs were built at Carroll Shelby’s original LA-based factory. Cars from 1968 onwards would be made under direct Ford control by A.O. Smith Co. in Michigan, as a result of this many Shelby Mustang collectors prefer the pre-68 models that were built under Carroll’s roof.

Car and Driver Magazine gave the then-brand-new ’67 GT500 a glowing review in its February 1967 issue, if you’d like to read the full review online you can click here – (the magazine recently digitised their entire back catalogue and now offer free access to it via their website).

The GT500 you see pictured here is due to roll across the auction block on the 14th of March 2014, it has an estimated value of $125,000 to $150,000 – making it cheaper than a Ferrari California and an order of magnitude more hairy-chested. 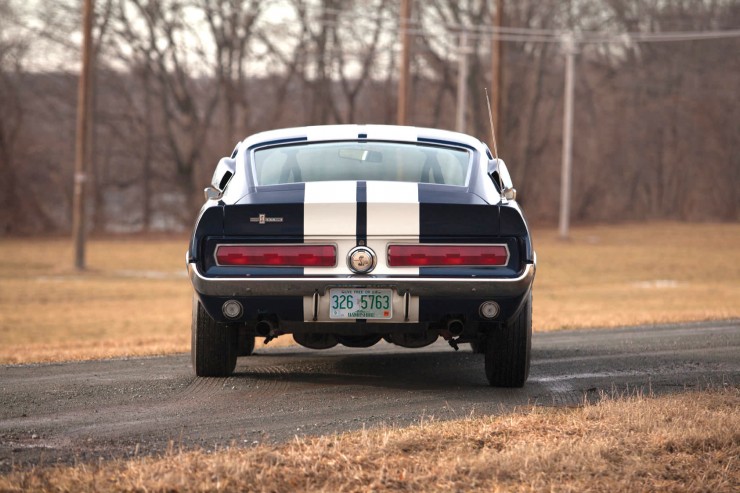 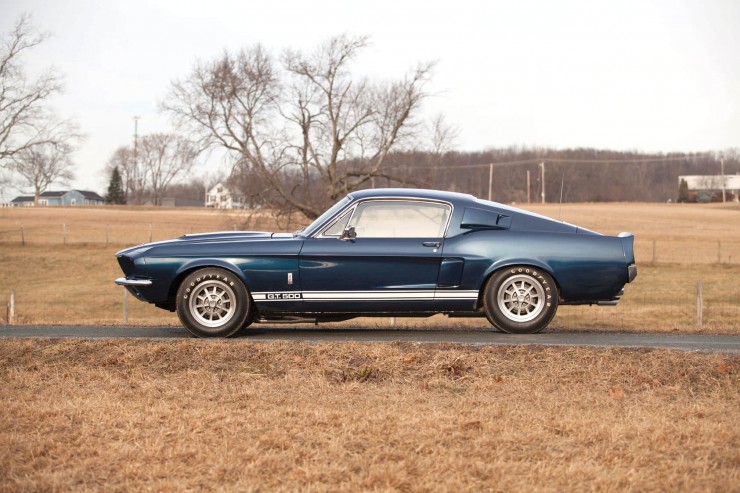 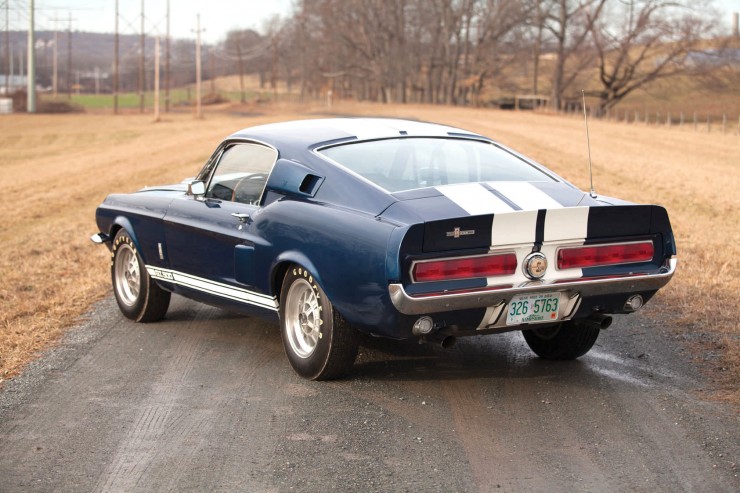 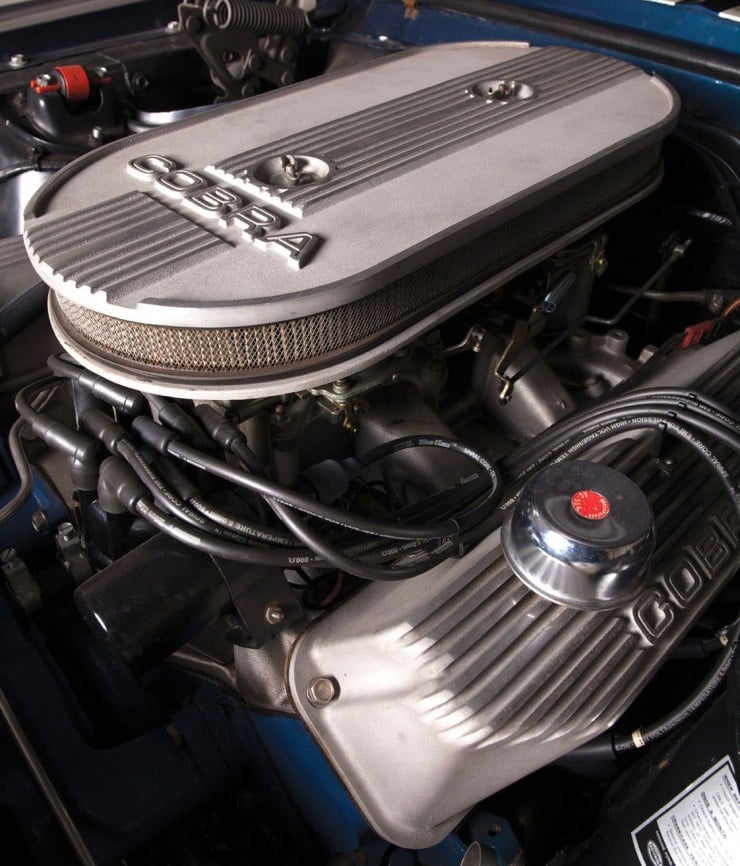 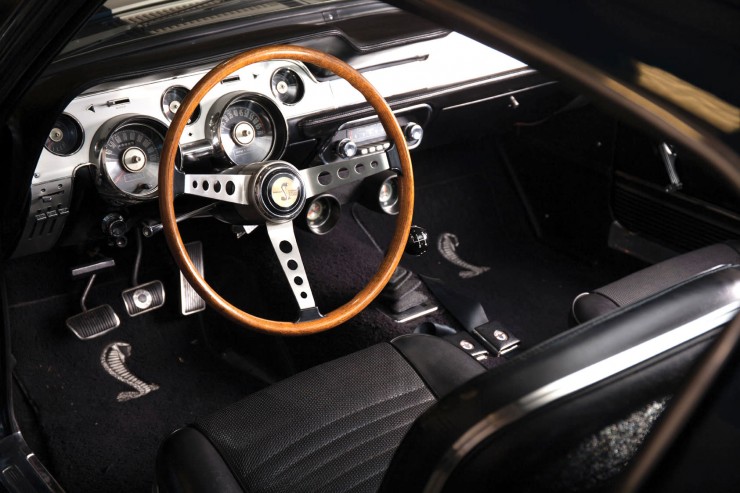 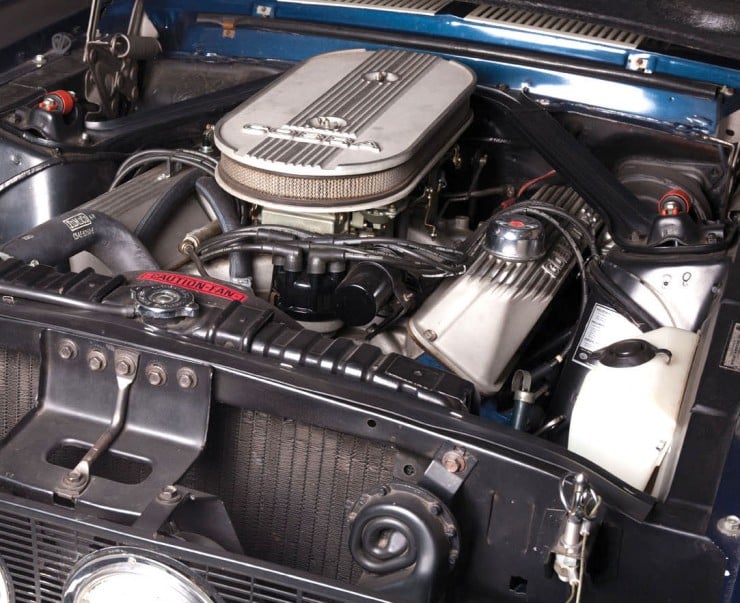 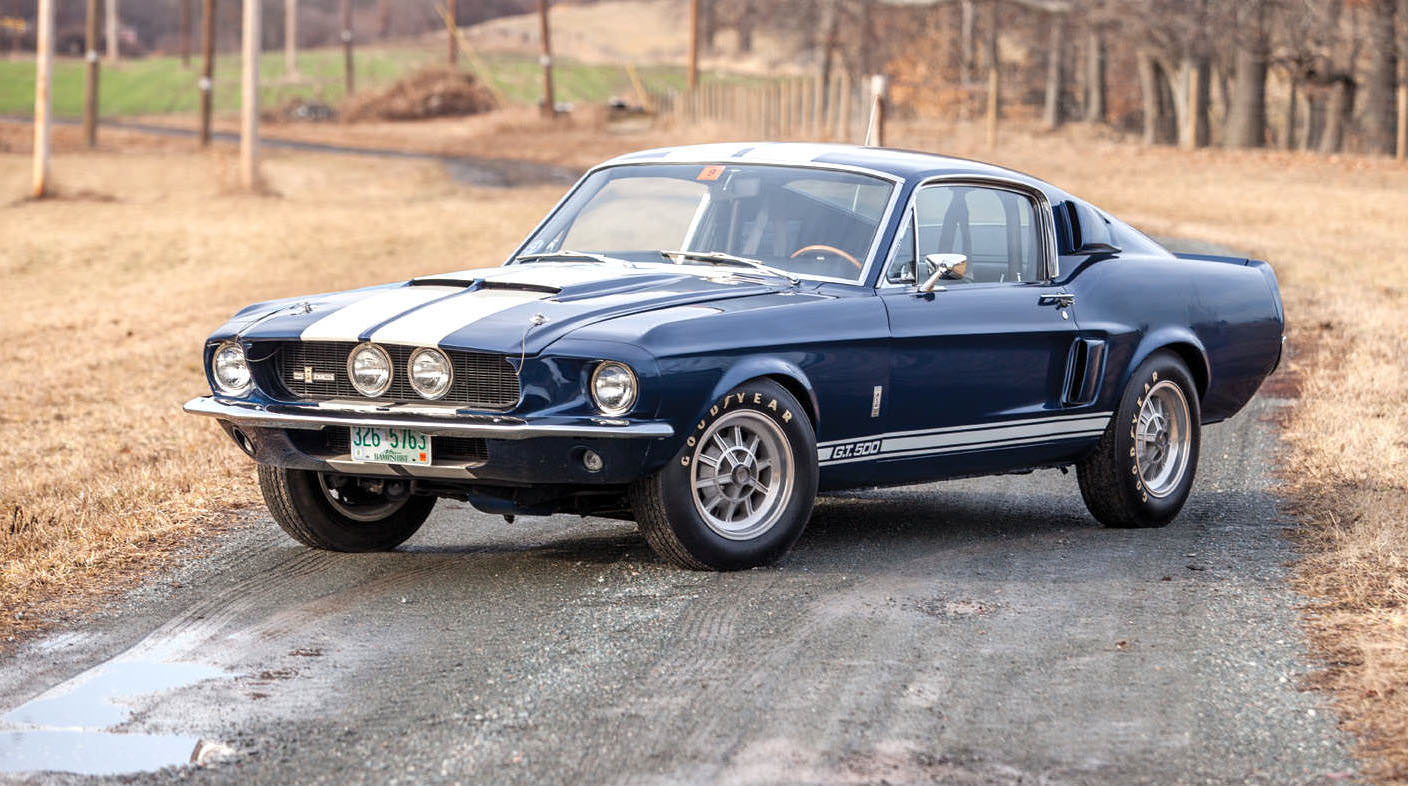