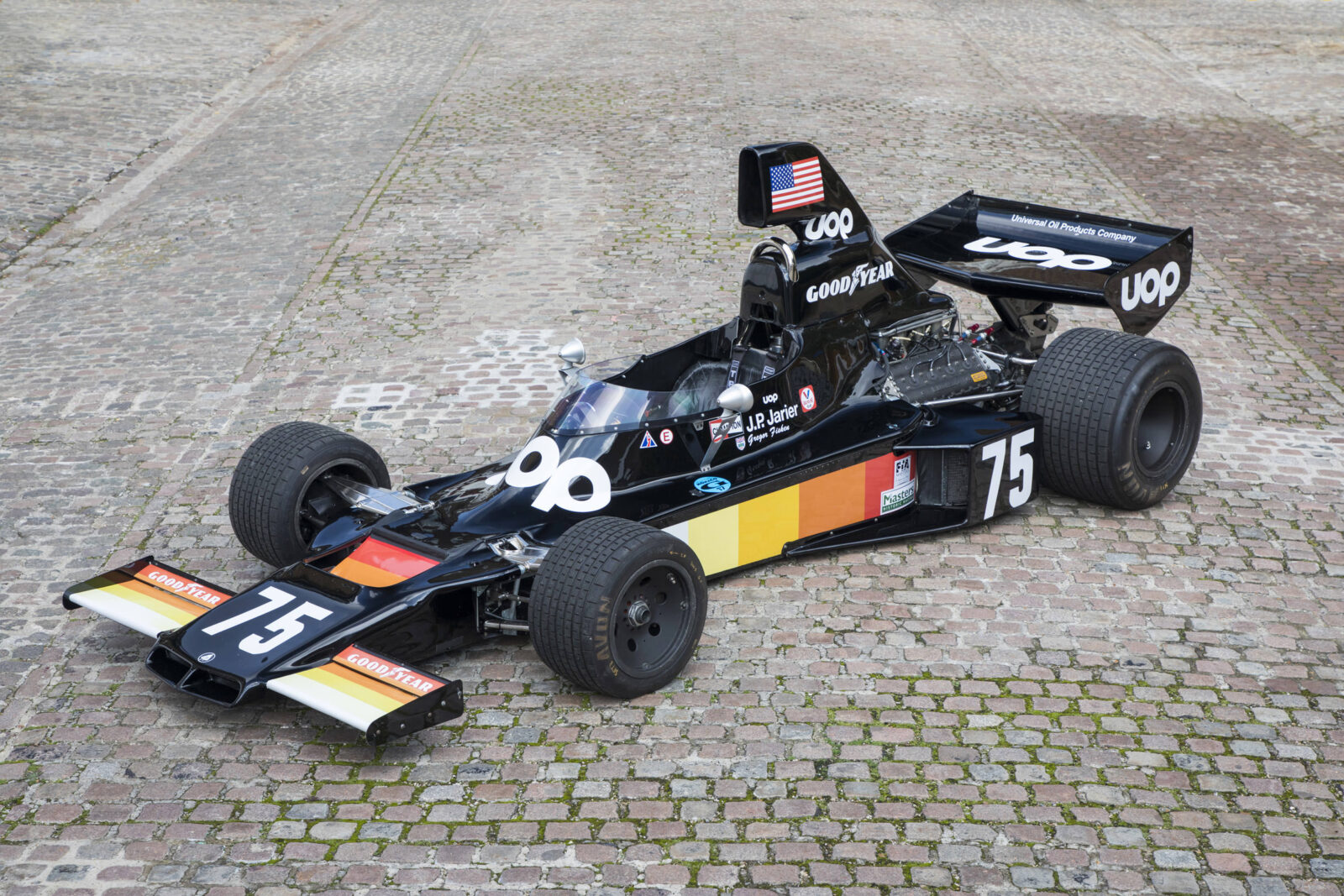 The Shadow DN5 is a Formula 1 car that was raced in the 1975 and 1976 seasons with some notable successes, including a pole position in its first ever race outing at the 1975 Argentine Grand Prix.

Impressively, the car set a new lap record and beat out the likes of Ferrari, Lotus, McLaren, Williams, BRM, Brabham, Hesketh, and Tyrrell.

The Shadow Formula 1 Team had a remarkable albeit relatively short tenure, they started out as an American team but moved across the Atlantic and became a British team in 1976. Their first forays into racing had been in the CanAm series, but they moved up to the top tier of open-wheeled racing in 1973.

The company brought in Tony Southgate to design their 1974 car, the British engineer would prove remarkably successful at designing cars for not only Formula 1, but also for CanAm, IndyCar, Le Mans, and Group B rally. Southgate’s first design for the team was the Shadow DN3, with was followed a year later by the DN5. 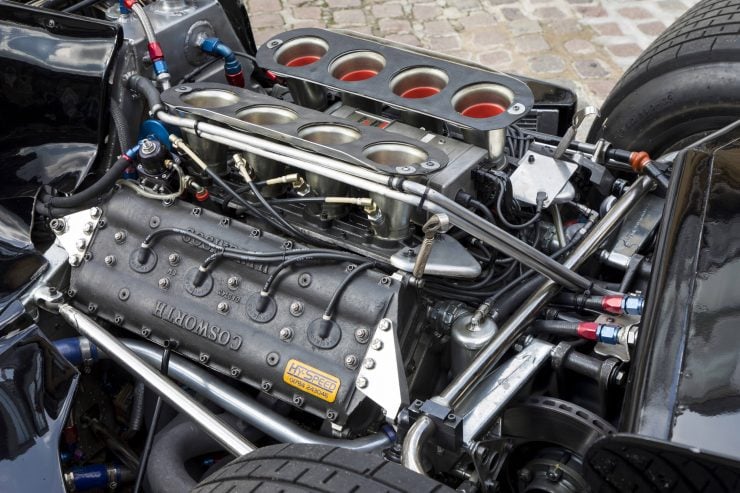 As with many Formula 1 cars of the era, the Shadow DN5 was powered by the astonishingly versatile Cosworth DFV engine (DFV stands for “double four valve”). This V8 power unit would feature heavily in the backs of F1 cars of the era, direct derivatives of the engine also made successful appearances in CART, Formula 3000, and sports car racing.

Between 1968 and 1982, the Cosworth DFV won 12 driver world titles and 10 constructor world titles, making it the most successful single engine design in Formula 1 history. The additional benefit to this is that a lot of them were made, as well as a lot of spare parts, and there are a significant number of engineers who know how to maintain them. 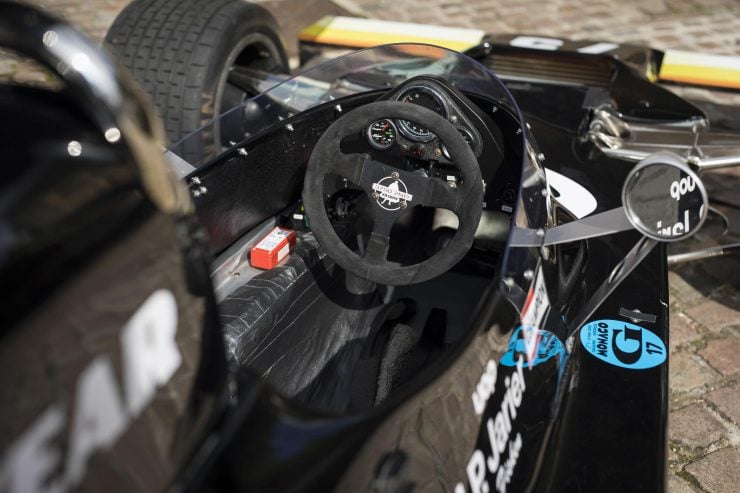 Considering Shadow had only been in F1 for 2 years when the DN5 was released, it’s astonishing that it proved so quick right out of the box – beating far more experienced teams to pole position for its first two races. It must have been quite a shock to the paddock.

Unfortunately the car was as unreliable as it was fast, and retirements were commonplace. The car would stay in development and in 1977 the Australian driver Alan Jones took a popular victory for Shadow in his DN8 at the Austrian Grand Prix. He finished over 20 seconds ahead of second place finisher Niki Lauda in his Ferrari.

The Shadow you see here is chassis DN5/4A, it was raced in 21 Grand Prix by Jean-Pierre Jarier, and it was piloted by Tom Pryce in practice at the 1976 Race of Champions. Fiskens are currently offering it for sale, and they explain that it’s eligible for FIA Masters Historic Formula 1 and Monaco Historique. If you’d like to read more about the car or enquire after buying it, you can click here to visit the listing. 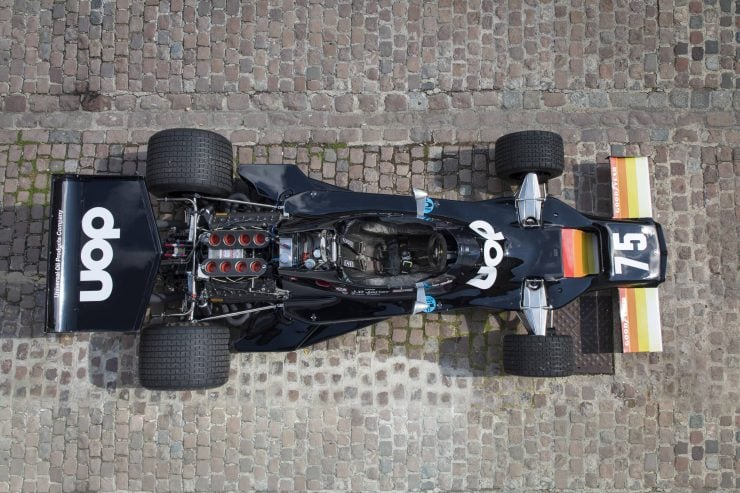 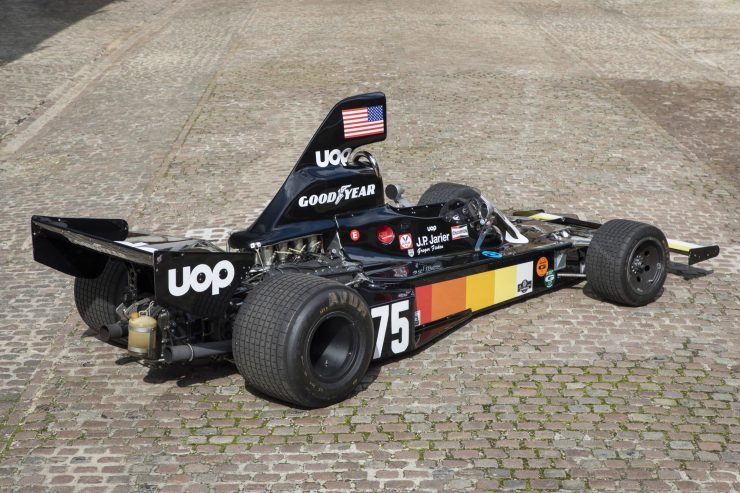 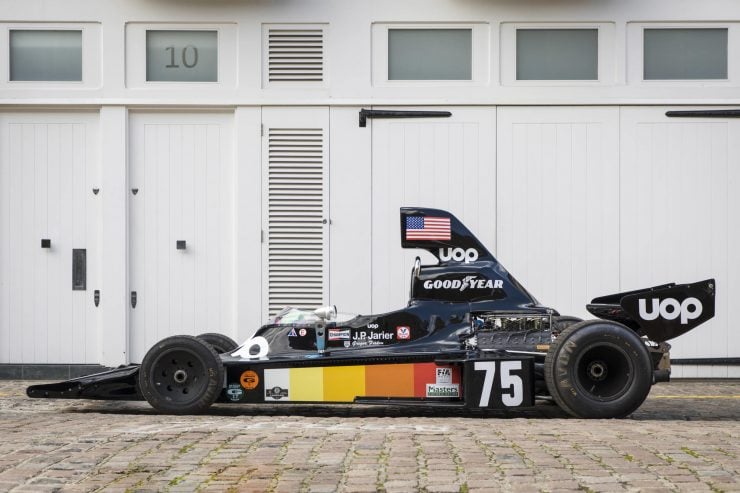 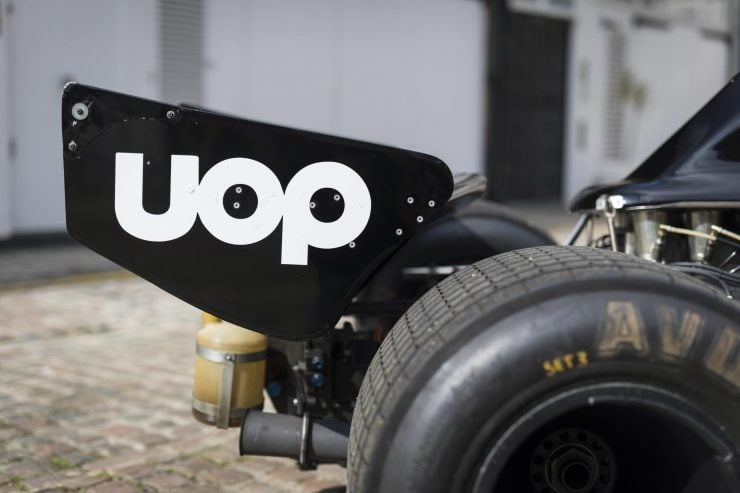 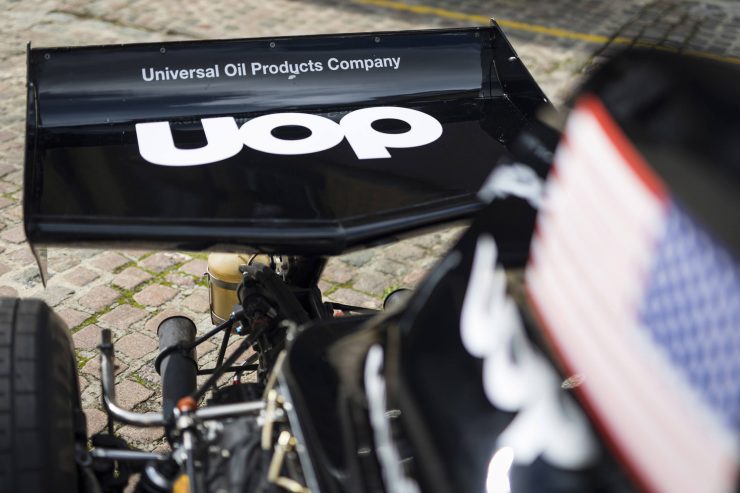 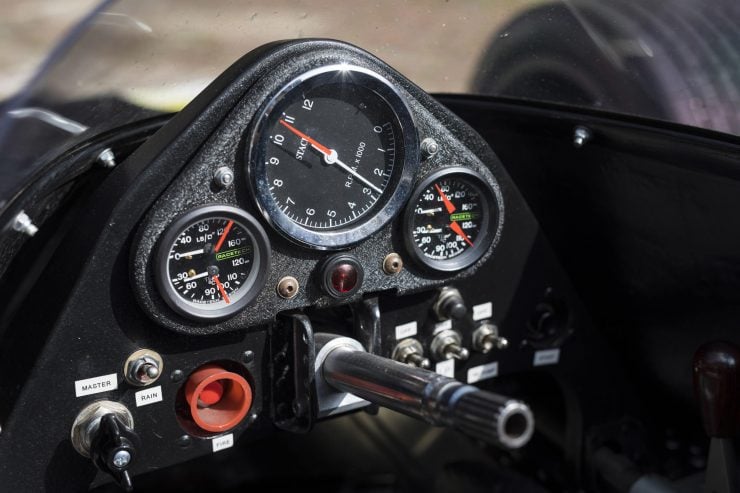 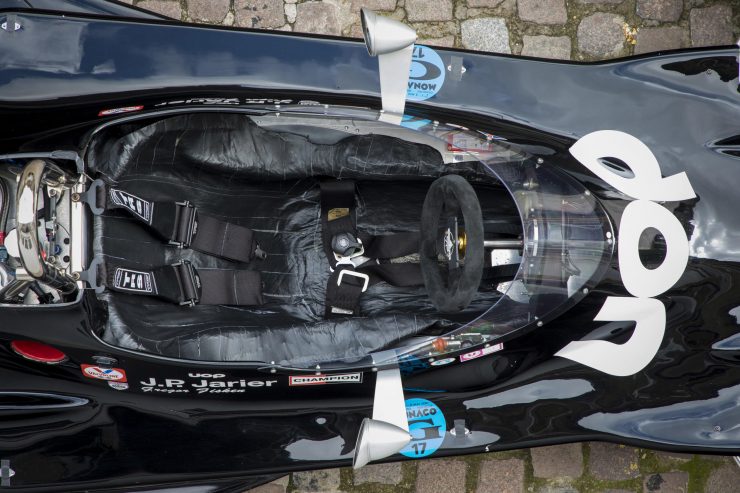 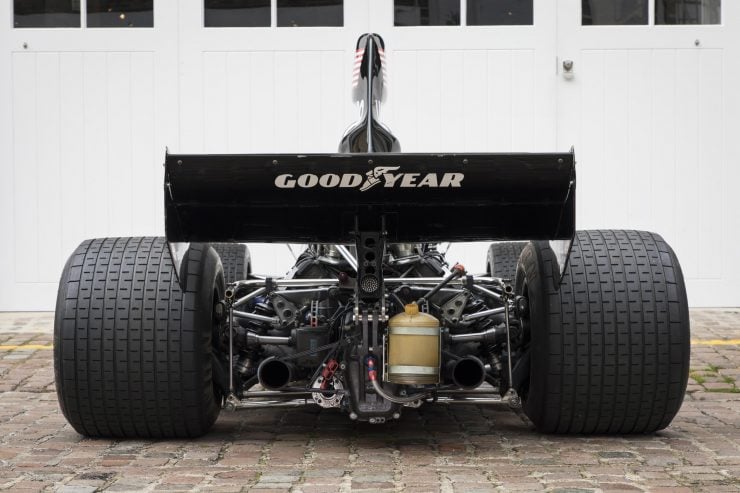 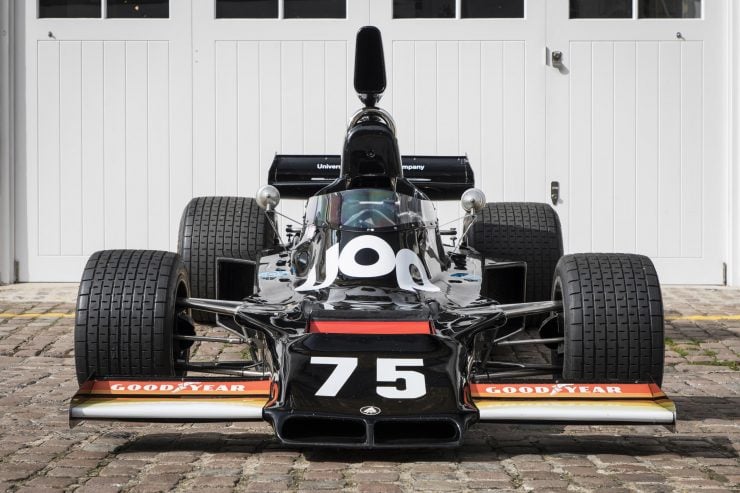 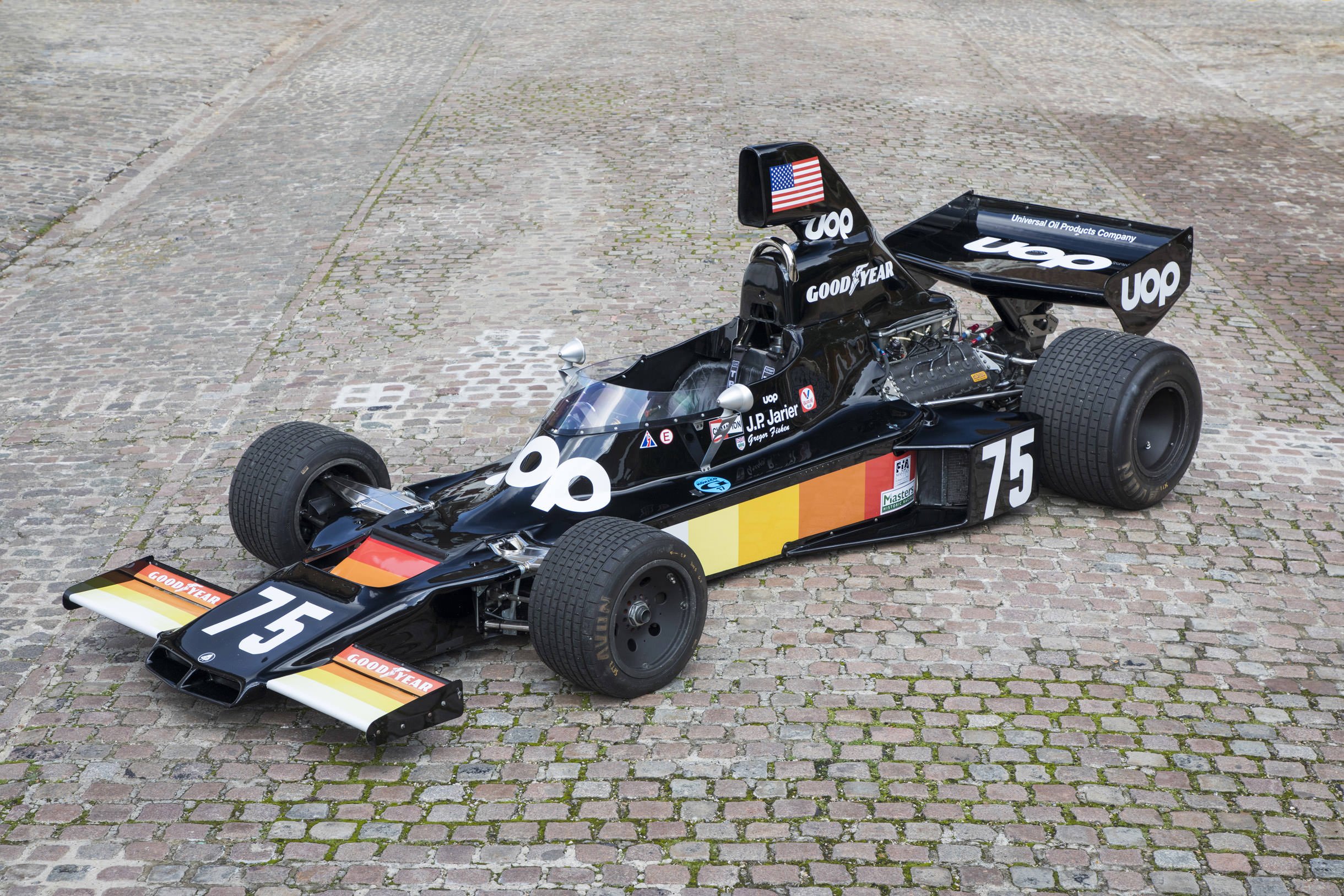