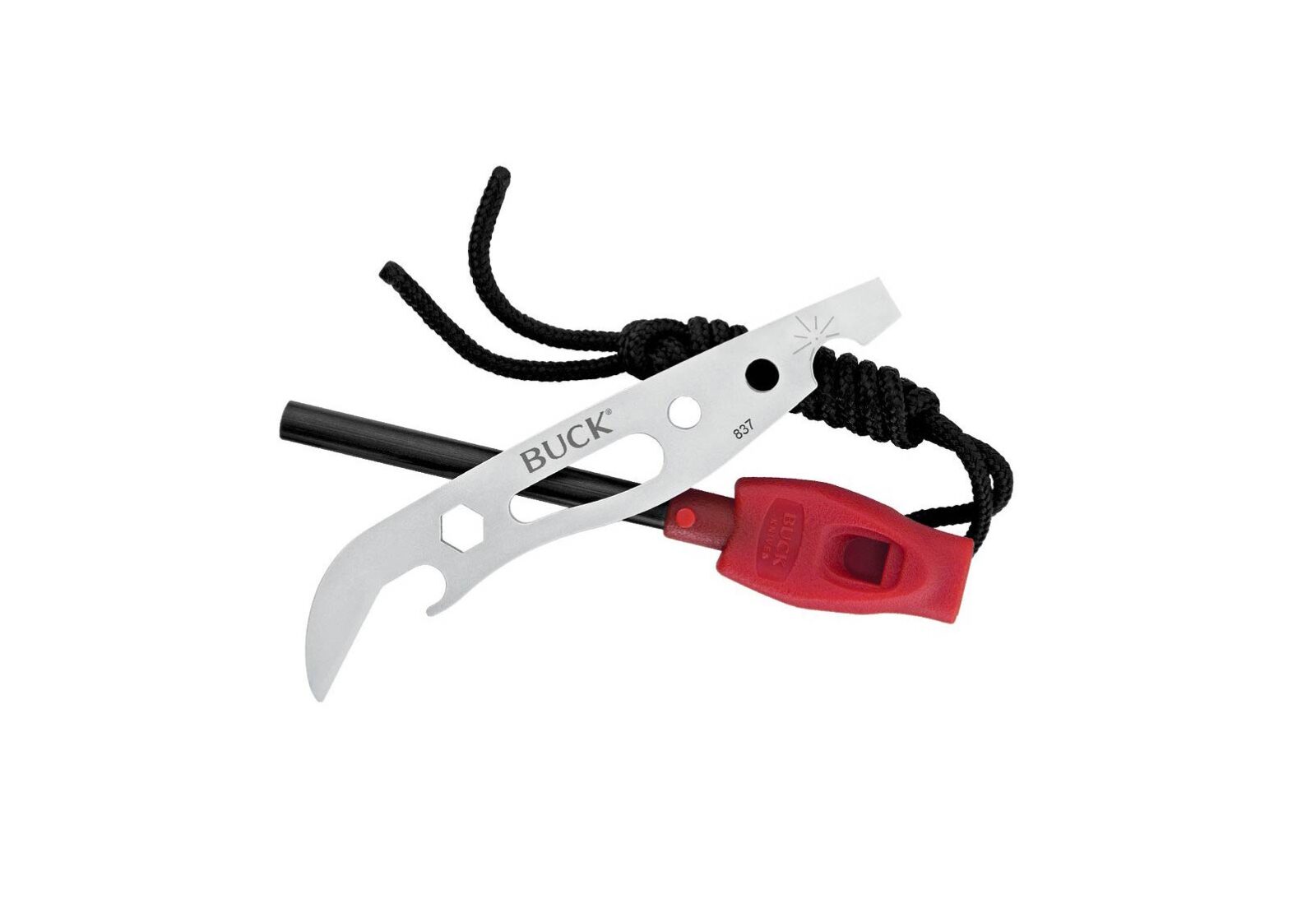 This is the Selkirk FireStarter from Buck Knives, it’s a ferrocerium “fire steel” stick with a striker than doubles as a bottle opener, a straight-bit screwdriver, a line tensioner, and a 1/4″ hex for driver bits.

Commonly referred to as “Fire Steel,” ferrocerium is a synthetic pyrophoric alloy of “mischmetal” – cerium, lanthanum, neodymium, lanthanides, and iron. When it’s struck with a harder material, typically normal steel, the ferrocerium sends out a shower of sparks at up to 3,000 °C (5,430 °F).

Thanks to the toughness of ferrocerium when compared with matches and lighters, and the fact that it’s impervious to water, has made it a popular method of lighting camp fires for everyone from survivalists and weekend campers to special forces operatives.

Above Video: This short video from Buck Knives shows how to use ferrocerium to start a fire, this is the same ferrocerium fire starter shown here paired with the Selkirk Survival Knife.

Thanks to the small size and low weight of ferrocerium fire starters like the Selkirk shown here from Buck Knives it’s often kept on hand as a back up, with a regular lighter or matches being relied upon most of the time.

The handle of the Selkirk FireStarter features a high-pitched survival whistle, useful for getting attention over long distances in an emergency, and as with any ferrocerium fire starter the rod will be good for thousands of strikes before it needs to be replaced. 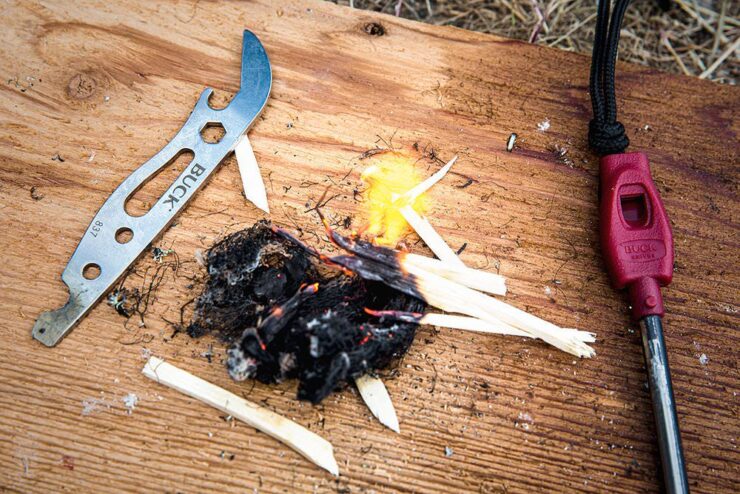