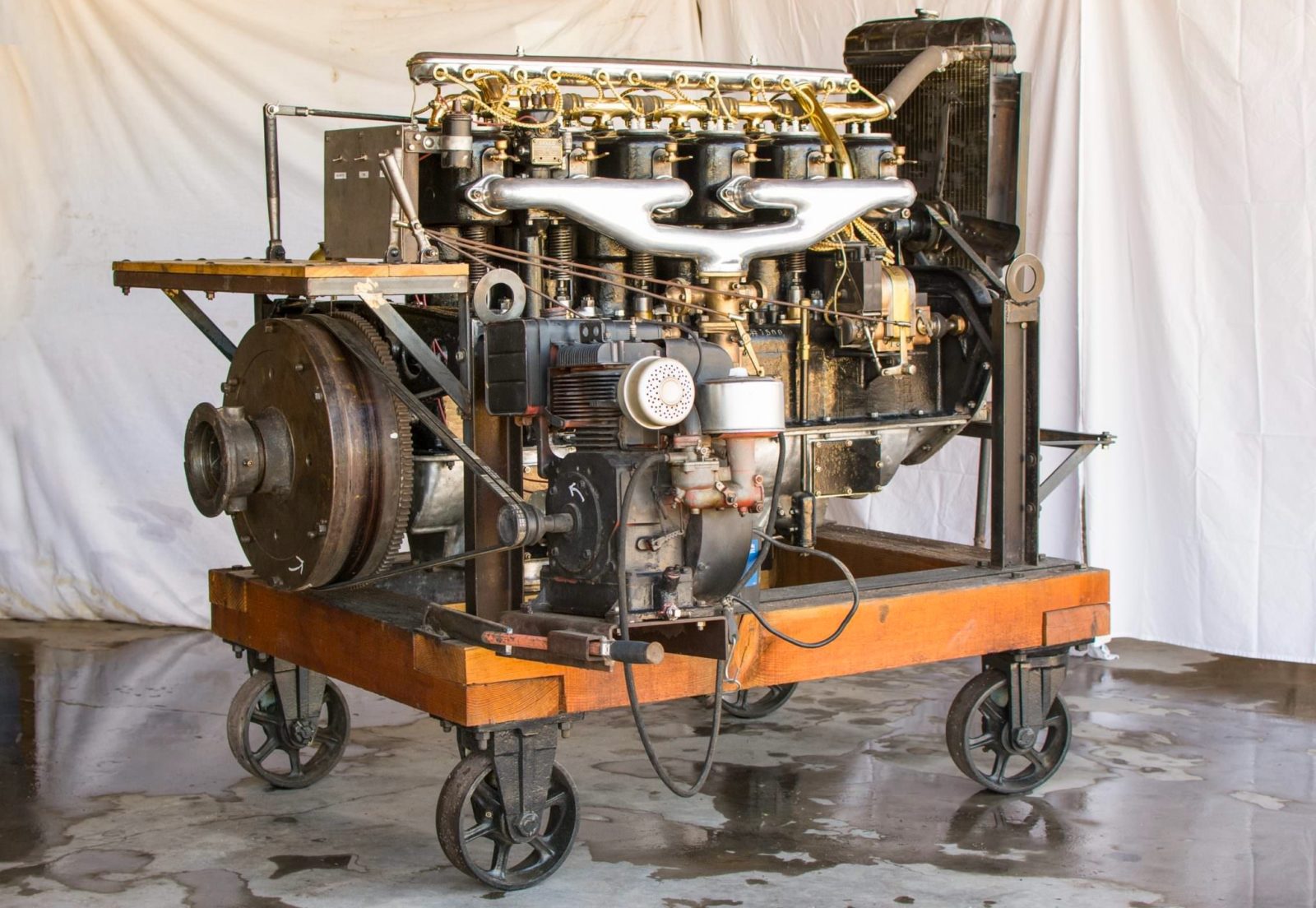 This 1916 Seagrave T-Head engine is an inline-six with a displacement of 15.3 liters (934 cubic inches.) The engine has a crossflow head design with three spark plugs per cylinder, and it tips the scales at a hefty 2,800 lbs (1,270 kgs).

Seagrave Fire Apparatus was founded back in 1881 by Fredric Seagrave, the company initially made extendible ladders that were often used for harvesting fruit.

Urban fire departments also needed ladders, given that buildings kept getting taller, and Seagrave capitalized on this by building two-wheeled hand-carts containing firefighter’s ladders. Horse-drawn firefighter carts came next followed by the Model K front-wheel drive tractor in 1915 that replaced the horses.

Seagrave’s large six-cylinder engine was the company’s primary power unit for years, until the Seagrave V12 entered use in 1932. 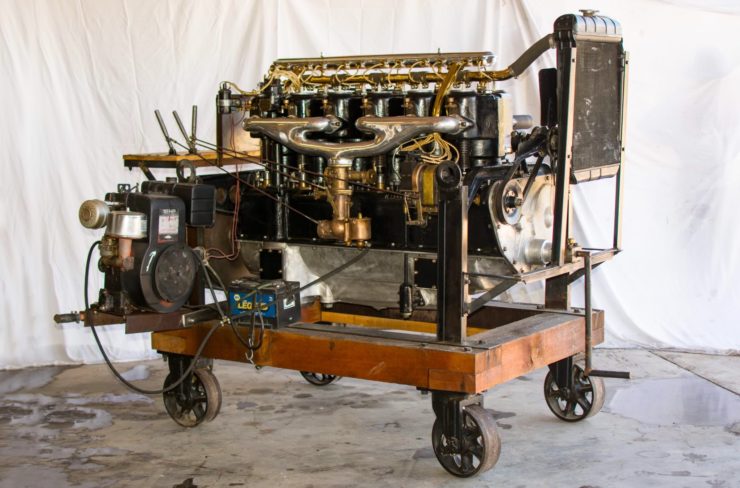 This 2,800 lb Seagrave engine was recently refurbished and it’s now mounted to a base in full running order.

Internal combustion engines were still relatively primitive at the time, and fuel octane levels were typically far lower than they are in the present day. As a result of these factors displacement was a crucial factor for any engine that needed to produce significant power.

The Seagrave straight-six has a T-head design, essentially a flathead engine with the intake valve on one side and the exhaust valve on the other. Each valve is operated via long pushrods which extend down into the crankcase, and there’s a separate camshaft for the intake and exhaust.

The engine has a cast iron crankcase with an aluminum oil pan, cast iron pistons, an aluminum intake manifold, open tubular steel exhaust pipes, a Delco generator, a Stromberg carburetor, a Berlin twin-spark magneto, a brass coolant manifold, and on the front it has a hand crank for manual starting.

Though it’s difficult to imagine any one human having the strength to crank over a 15.3 liter engine by hand. 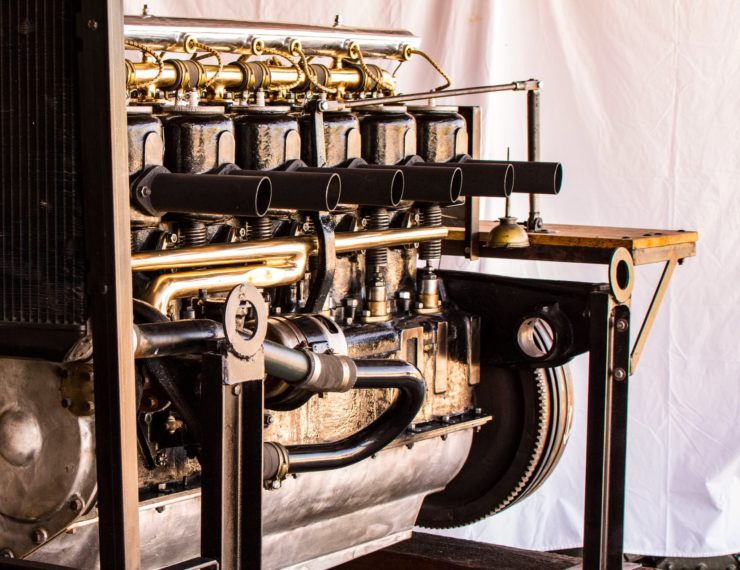 The open exhausts create quite a noise, so when running the engine on the display stand it’s important that those observing wear ear protection.

As a result of the Herculean effort that would be required to crank the engine over a 16 horsepower Briggs & Stratton starter engine has been bolted to the side of the stand and attached to the fly wheel by way of a belt. This allows the engine to be started relatively quickly and easily.

The engine is now fitted to a stand that allows it to be run, the stand certainly looks period correct with cast iron wheels, a wooden base, and an iron I-beam structure to hold the engine.

There’s a radiator mounted up front and in the rear you’ll find a number of switches and levers that allow the engine to be run for display purposes.

We don’t often see engines of this vintage coming up for sale and certainly not in running condition, so it’ll be interesting to see what this one sells for. It’s currently being offered for sale out of Tucson, Arizona on Bring A Trailer and you can visit the listing here. 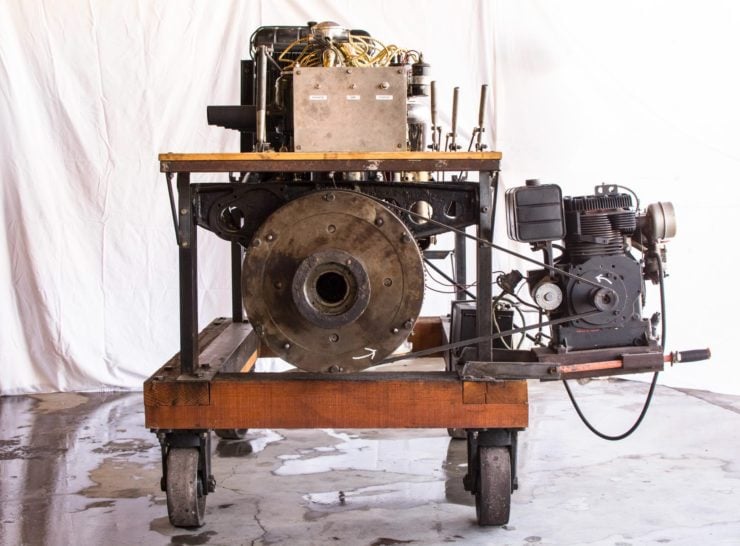 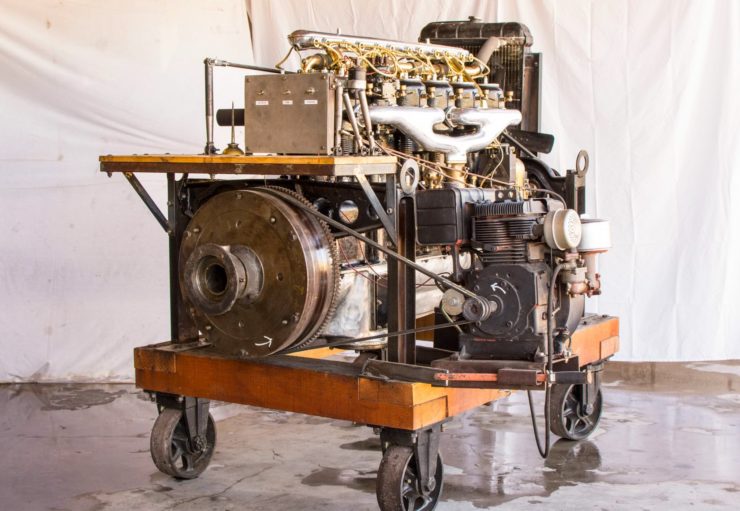 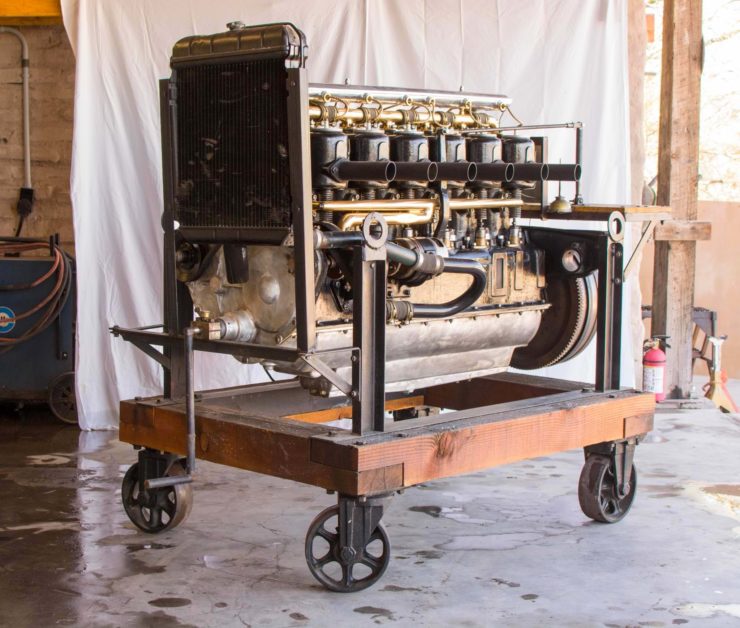 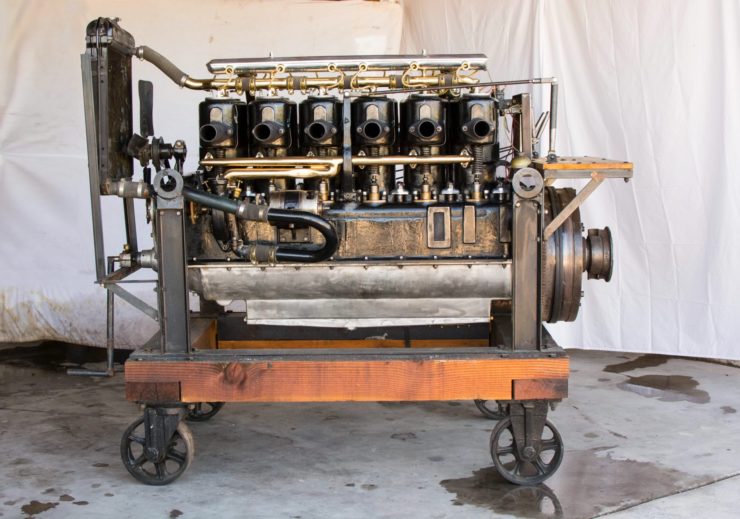 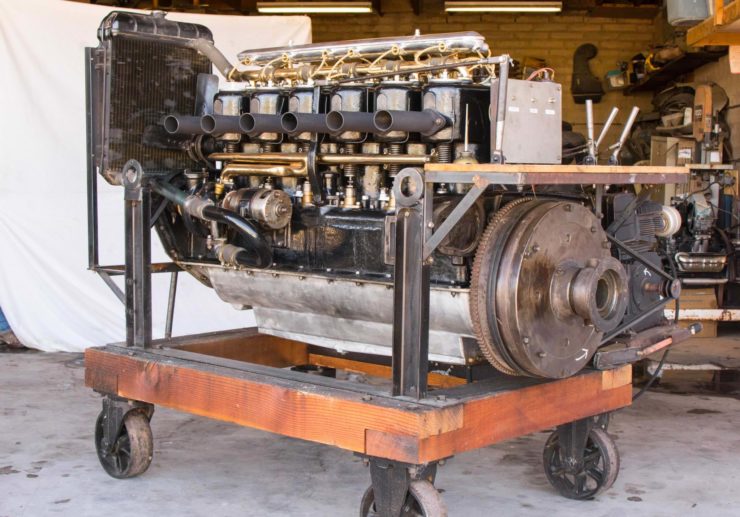 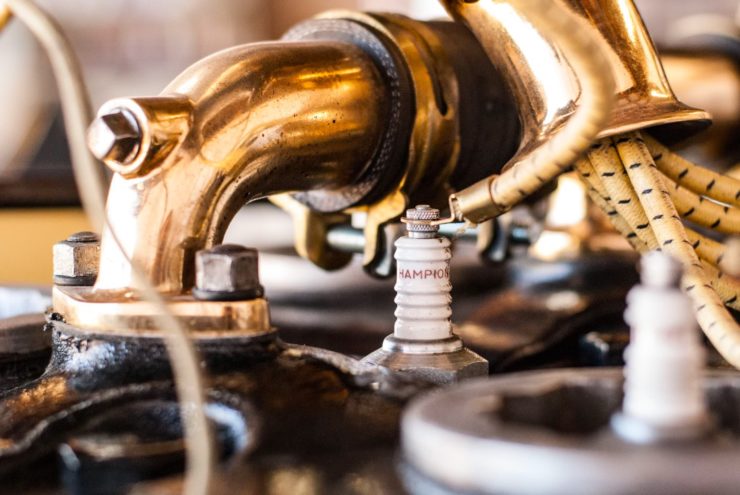 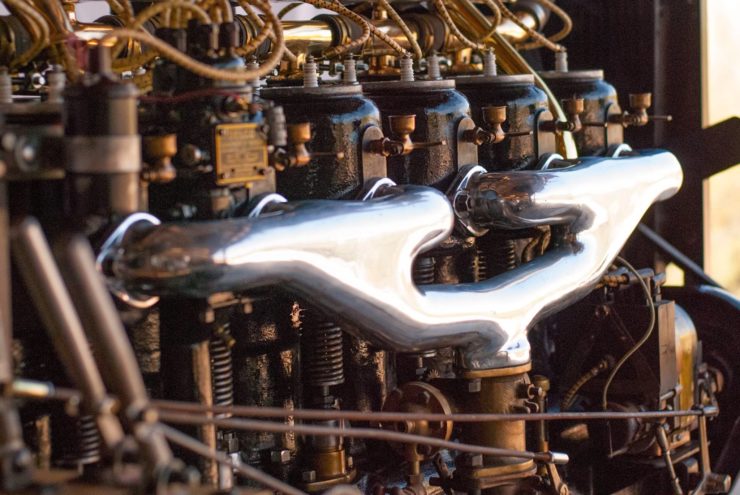 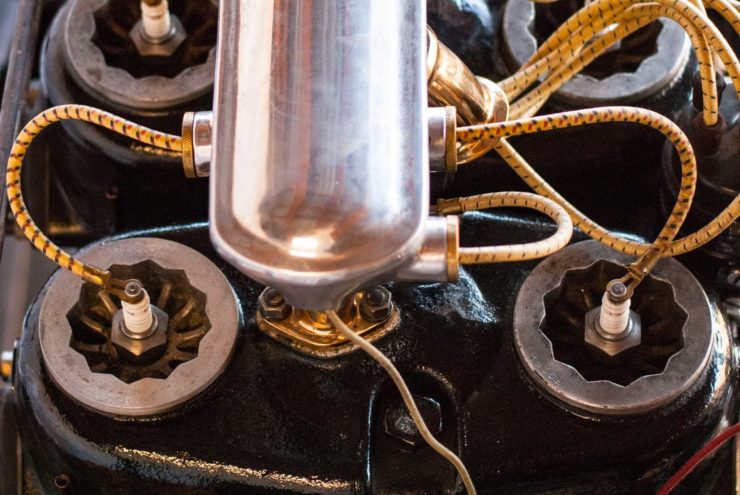 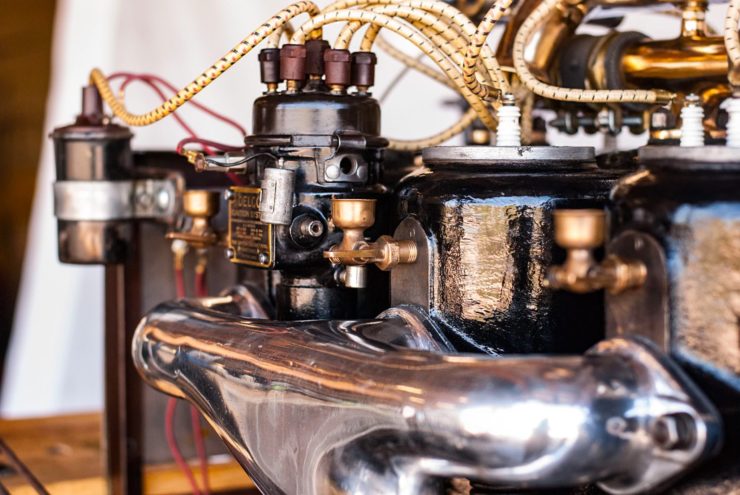 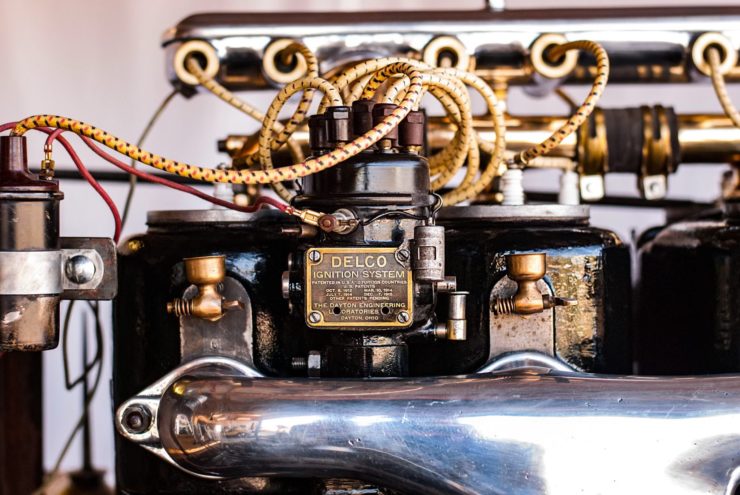 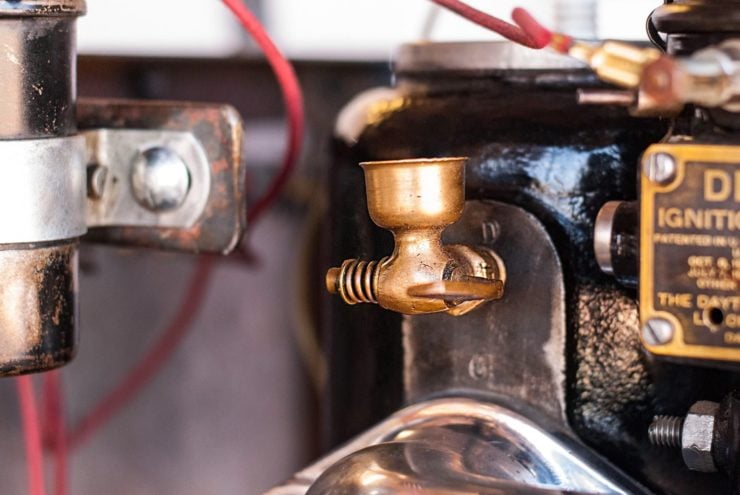 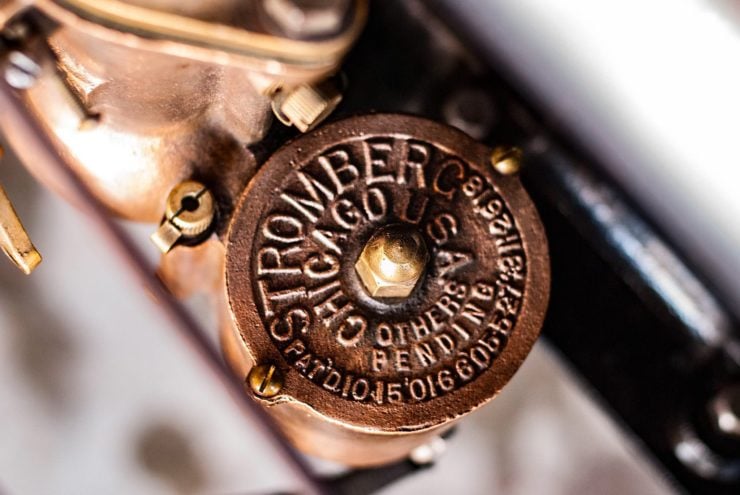