This Scott Flying Squirrel Racing Motorcycle is a rather unique little beast, it has one of the last long-stroke, fixed cylinder head engines and it has one of the most unusual frame geometries that I’ve ever seen.

The Scott Flying Squirrel is fitted with a 498cc 2-stroke, single-cylinder engine that uses a unique water-cooled circulation method known as the thermosyphon system. It has a 3-speed transmission, a centrally positioned flywheel, twin inboard main bearings and a multi-plate clutch.

Interestingly, in 1929, The Scott Motorcycle Company won the Isle of Man TT with a Flying Squirrel – giving the bikes some serious pre-war street cred.

She’s due to hit the auction block with Bonhams at the Les Grandes Marques du Monde au Grand Palais Auction in Paris on the 7th of February 2013, the estimated price of the Scott Flying Squirrel is $8,000 – $11,000 USD which puts it firmly into affordable ownership territory. 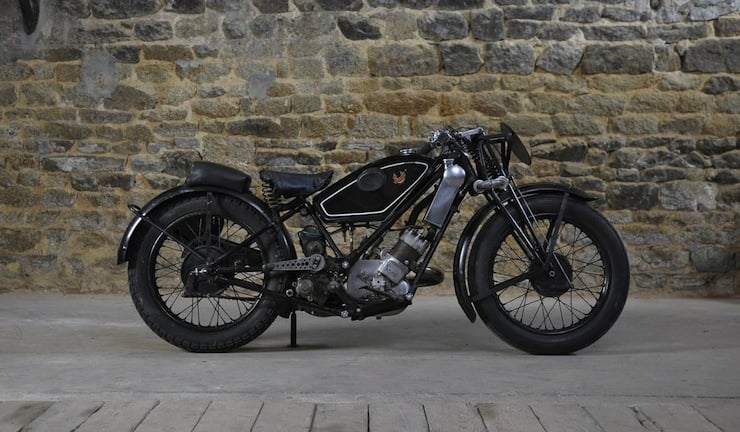 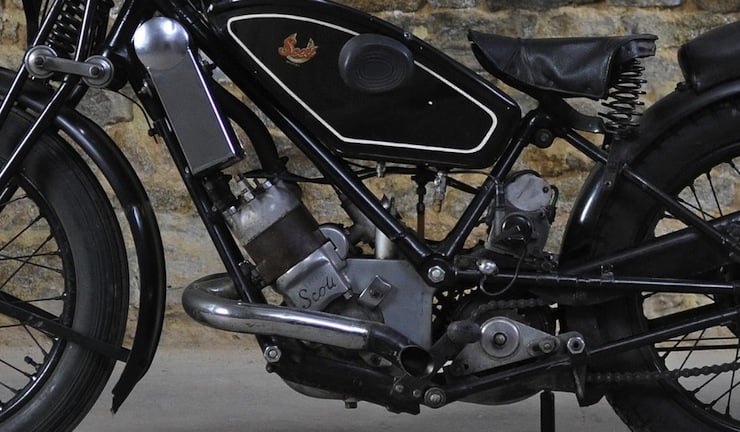 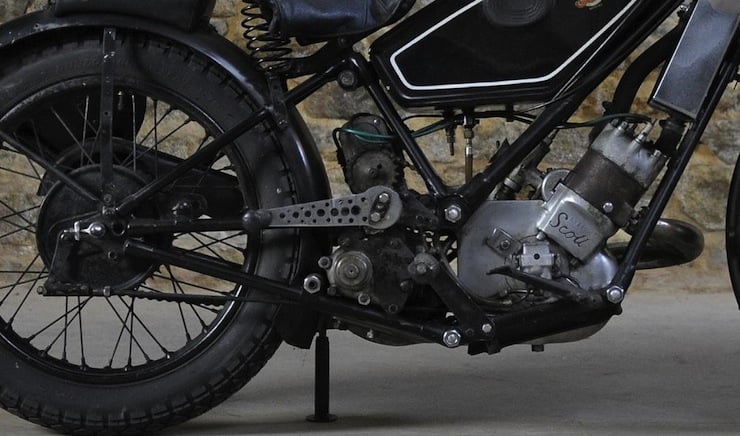