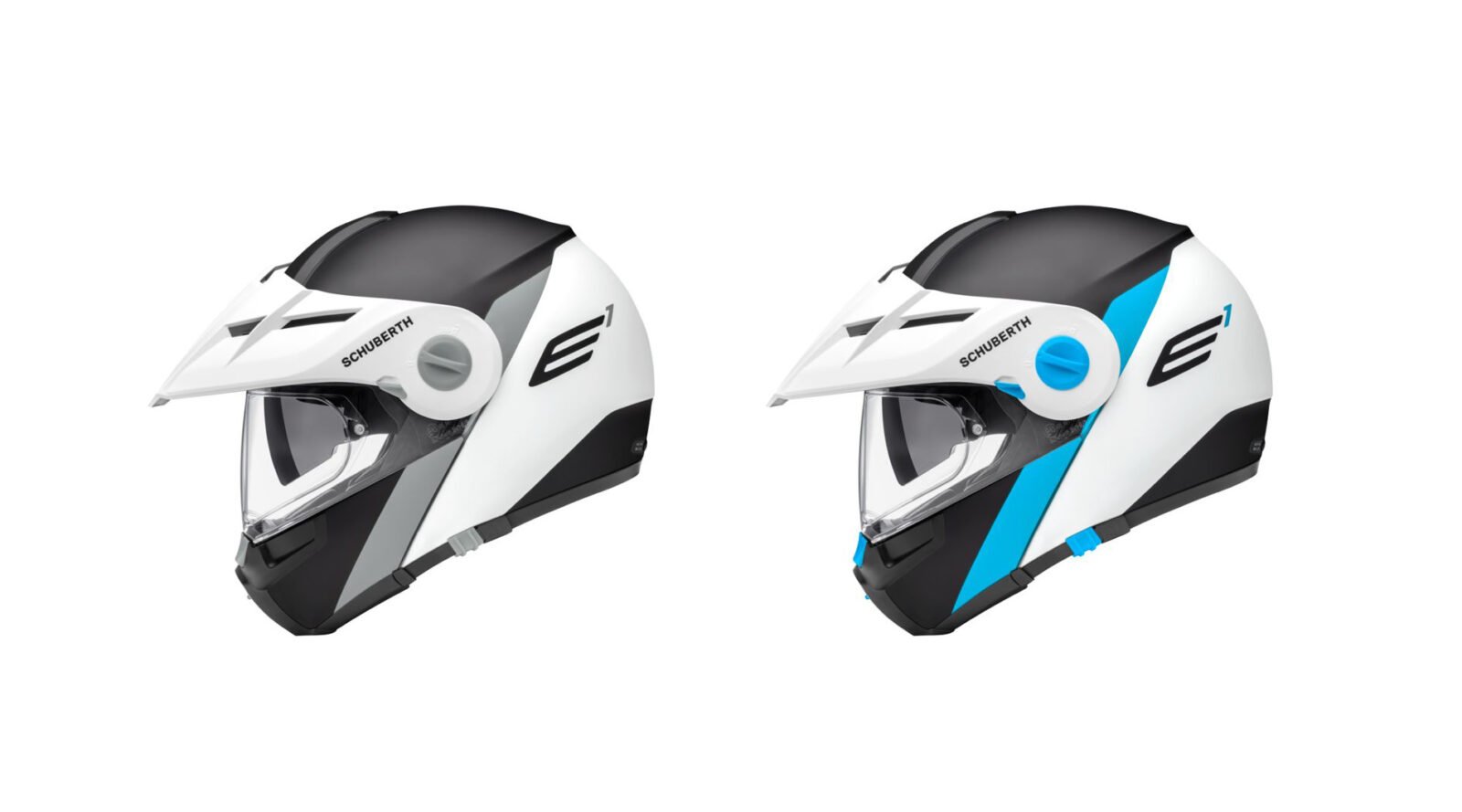 The Schuberth E1 Gravity helmet was developed to be a genuine dual-sport helmet, capable of both high-speed highway riding and off-road riding, without compromising on either.

The key to the helmet’s design in the wind-tunnel developed shell and the removable peak visor – with the shield down the peak visor removed the helmet is ideal for highway riding and with the peak re-attached it’s suitable for off-road use. The shield and peak can both be quickly removed or re-fitted, and they can be adjusted to a number of positions to best suit the conditions on the day.

The shell of the E1 Gravity is made from Schuberth’s proprietary S.T.R.O.N.G. fiber material, an exceptionally strong glass fiber moulded using a high-pressure system resulting in a class-leading strength-to-weight ratio. 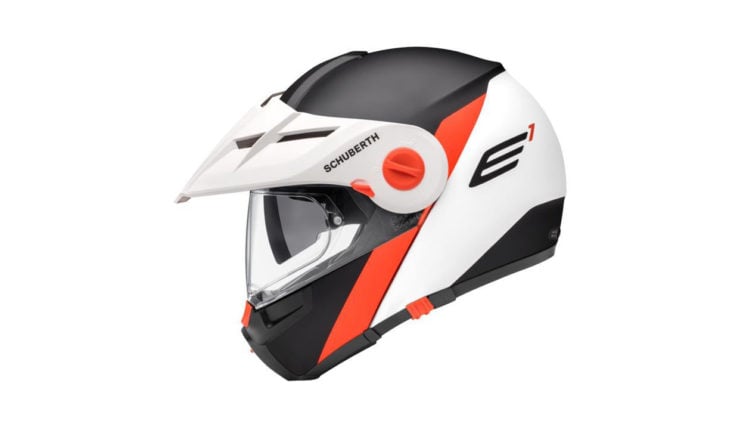 The E1 Gravity has a built-in antenna for Schuberth’s SRC-System PRO (sold separately) which allows riders to set up a intercom system for talking to other riders, as well as listen to music, GPS instructions, and talk on their cell phone.

For additional visibility each helmet has a large reflective panels on neckroll, for additional safety the helmet has the Anti-Roll-Off System (A.R.O.S.) – this ensures that the helmet cannot roll off of the head when the chinstrap is closed.

The helmet has a state-of-the-art modular EPS interior for impact absorption, with a removable, washable liner. Schuberth offer the E1 in three distinct colorways including grey, orange, yellow, and blue, with sizes ranging from XS to 2XL and there are two shell sizes. 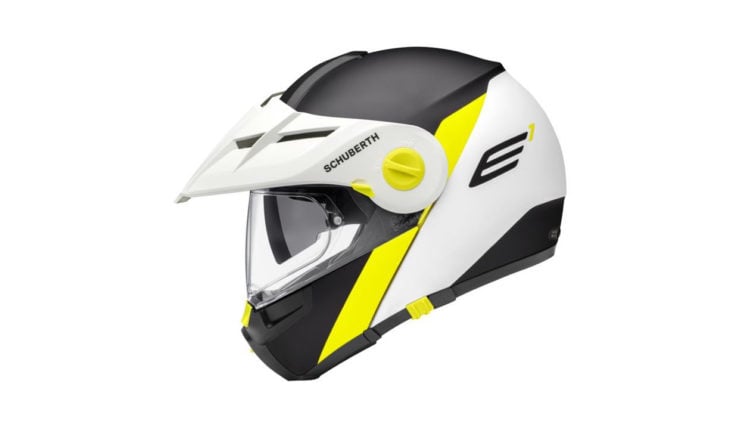