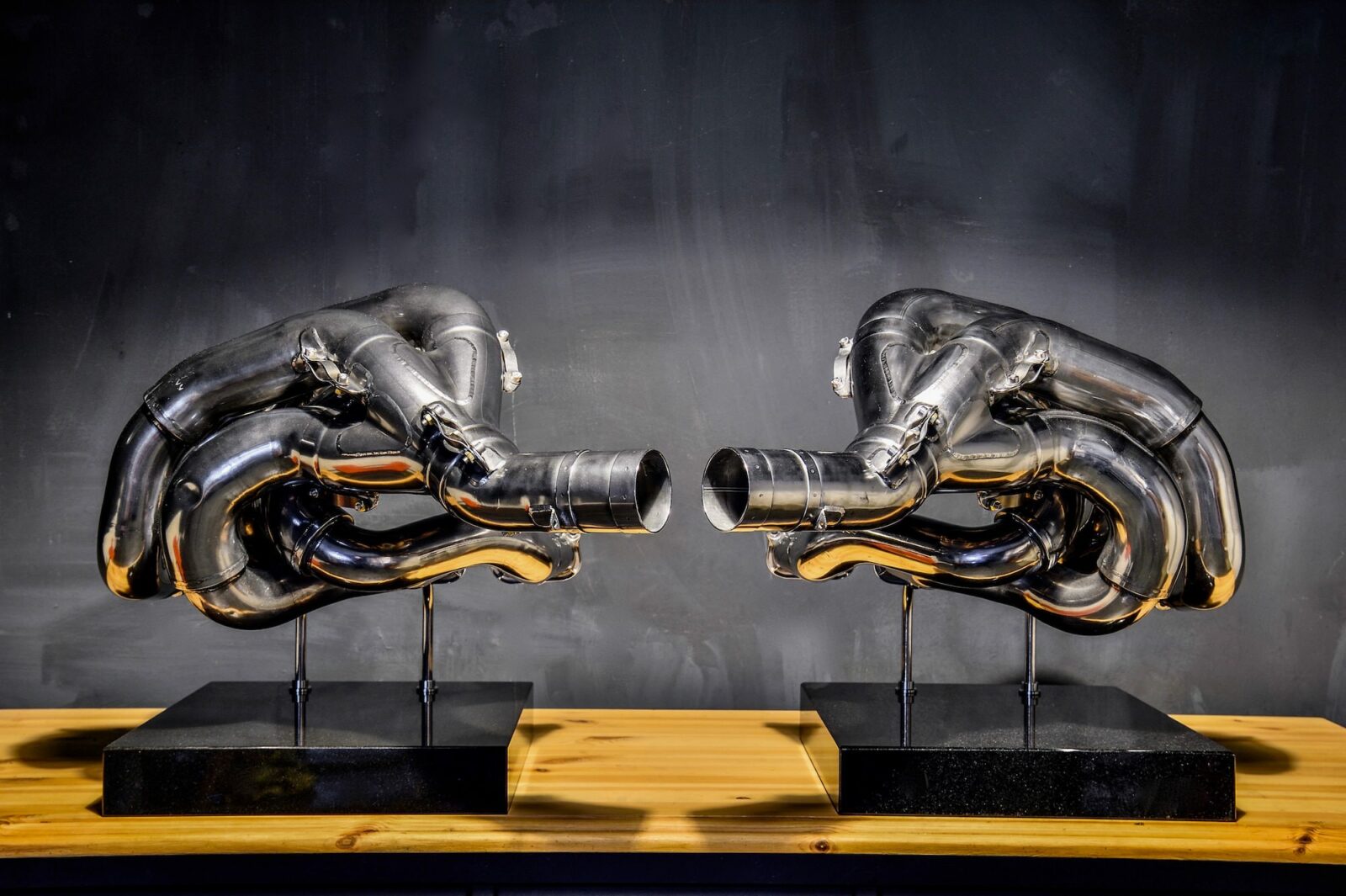 This is the original exhaust from the Sauber C32-Ferrari that was driven by Nico Hülkenberg in the 2013 season.

It’s been turned into a sculpture by artist Mike O’Connor, a man with a long history in the world of Formula 1 who bought the remainder of the Benetton F1 team in 2014.

The Sauber C32 was designed by Matt Morris, Pierre Waché, and Willem Toet with the engine and gearbox sourced from Ferrari. 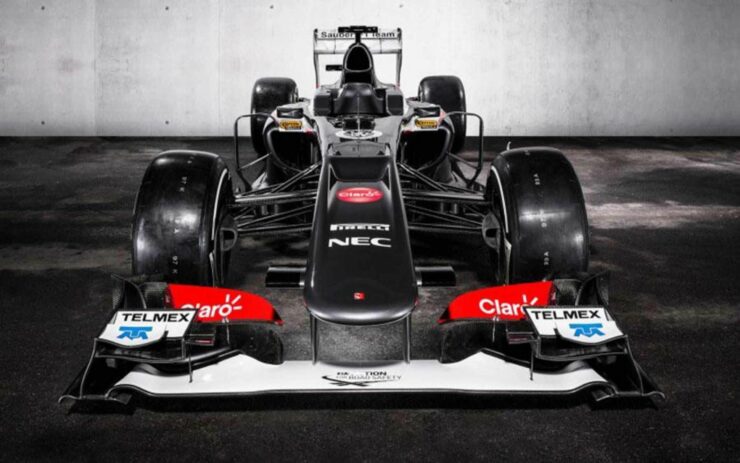 This is the Sauber C32, amazingly it weighs just 642 kgs (1,415 lbs) – including the weight of the driver. Image courtesy of Sauber Motorsport AG.

The car was powered by the Ferrari Type 056 2.4 liter 90º V8, a naturally aspirated engine with a screaming redline of 18,000 rpm and a kinetic energy recovery system (KERS). This would be the last of the naturally aspirated Ferrari engines in Formula 1.

The C32 was a solid mid-field car that was driven by Esteban Gutiérrez and Nico Hülkenberg, the highlight of the season would be a fastest lap set by Gutiérrez, in his rookie year no less, at the 2013 Spanish Grand Prix. 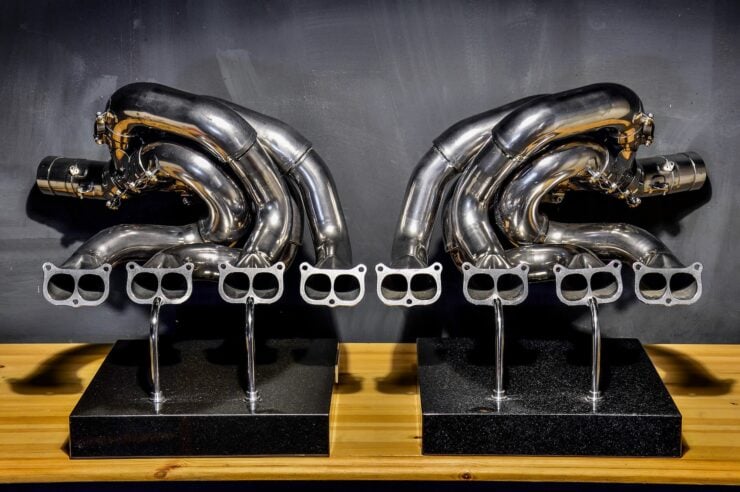 Each bank is made from Inconel, an advanced super alloy used in motor racing and aerospace applications where extreme heat resistance is required.

This sculpture uses both the right and left hand banks of the Ferrari Type 056 exhaust system, it was fabricated from Inconel, an advanced super alloy often used where strength and high temperature operation is required – like Formula 1 exhausts and rocket engines.

O’Connor attaches each bank to an individual slab of jet black Italian granite for display, and a numbered plaque is affixed – showing that the example you see here is the first of just three that were made.

If you’d like to read more about this unusual sculpture of place a bid you can visit the listing here. It’s being offered for sale on Collecting Cars out of Suffolk in the United Kingdom. 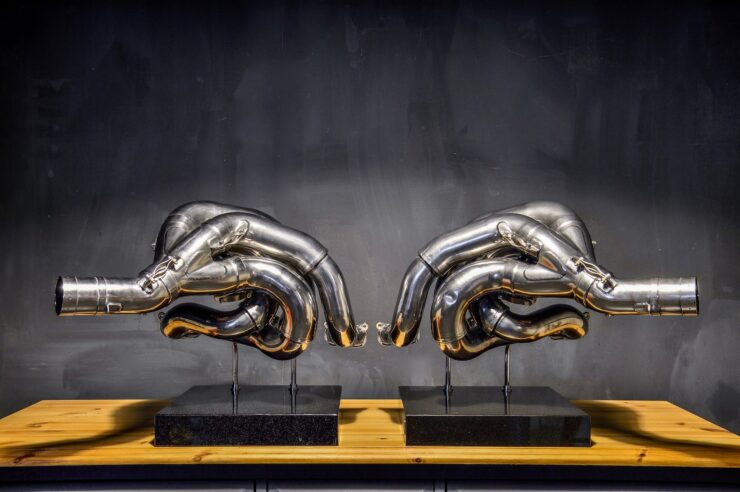 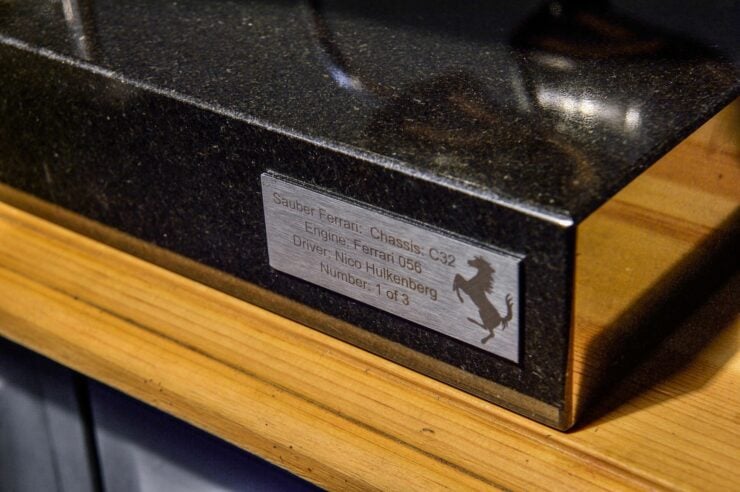 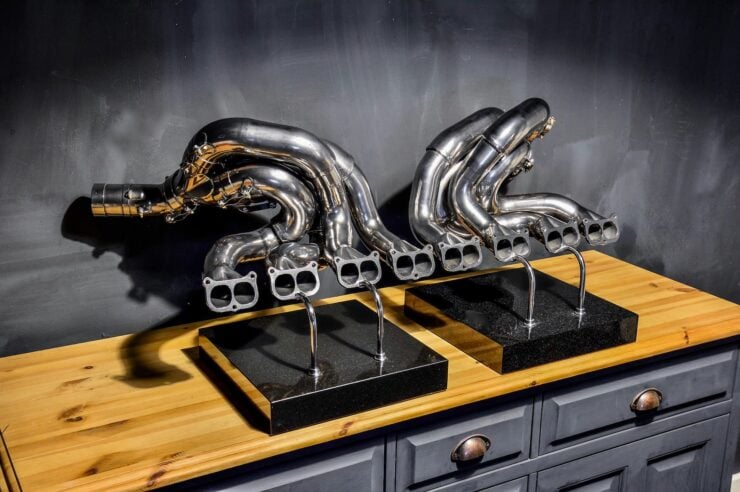 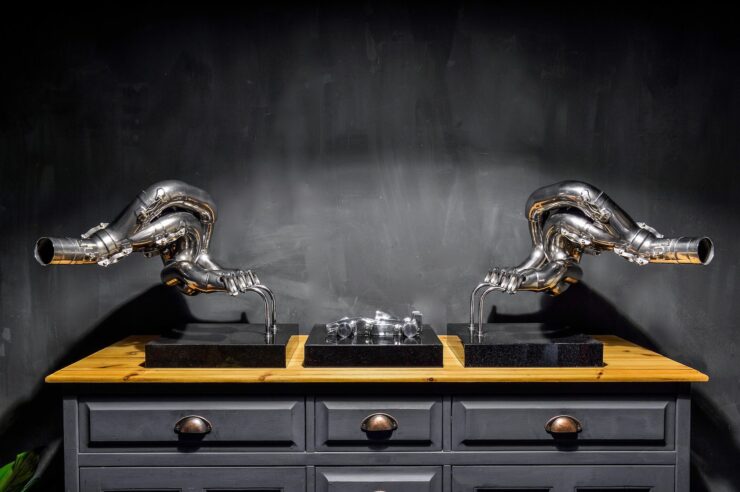 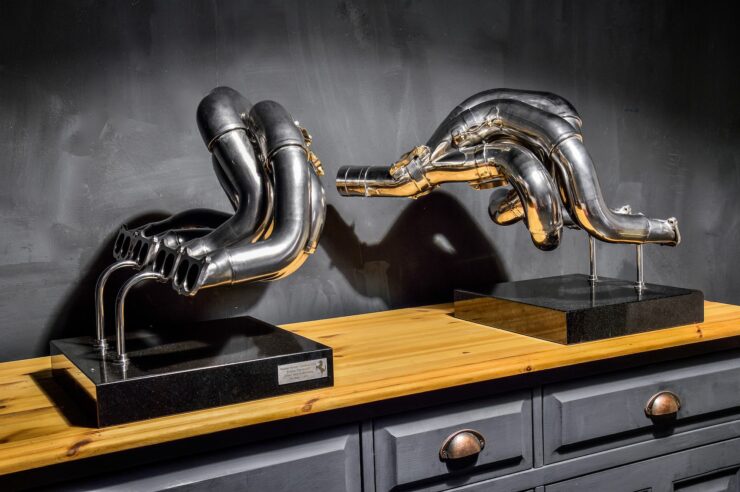 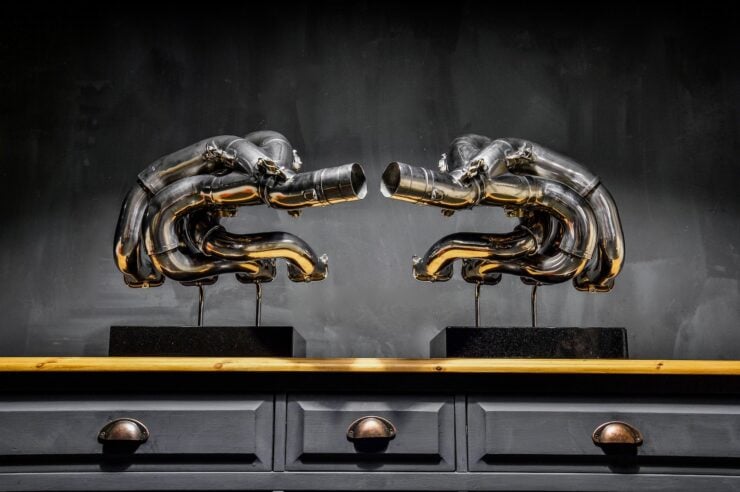