This is a Sauber C32-Ferrari exhaust sculpture by Mike O’Connor, a major figure in the classic Formula 1 world who owns the company Vintage Formula – a company that sells classic F1 cars as well as art created from them.

Back in 2014 O’Connor bought the remains of the Benetton F1 Team including the cars and parts needed to operate them, adding them all to his already expansive collection.

He also founded the Fastest.Club, an owners club for people who own operational classic Formula 1 cars, and the club provides them with opportunities to get their cars out on track as a support event for a number of F1 races around the world. 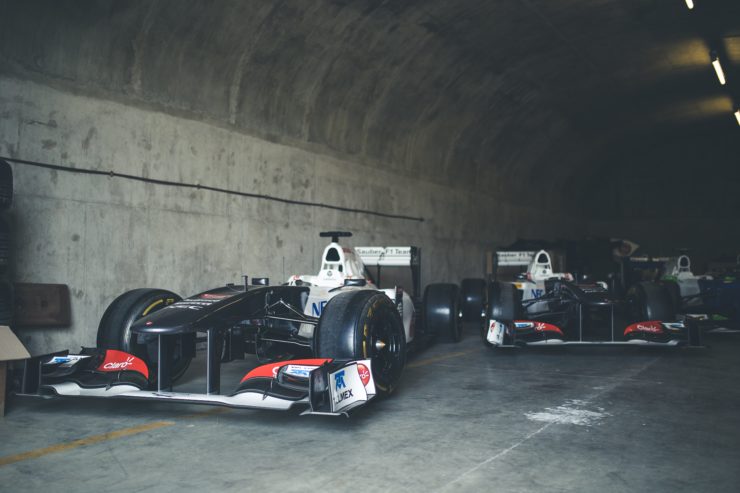 These are just a few of the Formula 1 cars that Mike O’Connor has in his collection, all stored away in a bunker at a secret location in England.

This sculpture by O’Connor features the left and right bank exhaust headers from the engine joined at the ports to create a symmetrical and almost alien-like piece that is mounted to a display stand.

This sculpture is currently for sale out of Britain, it’s being auctioned live online by Collecting Cars and you can click here if you would like to read more or register to bid. 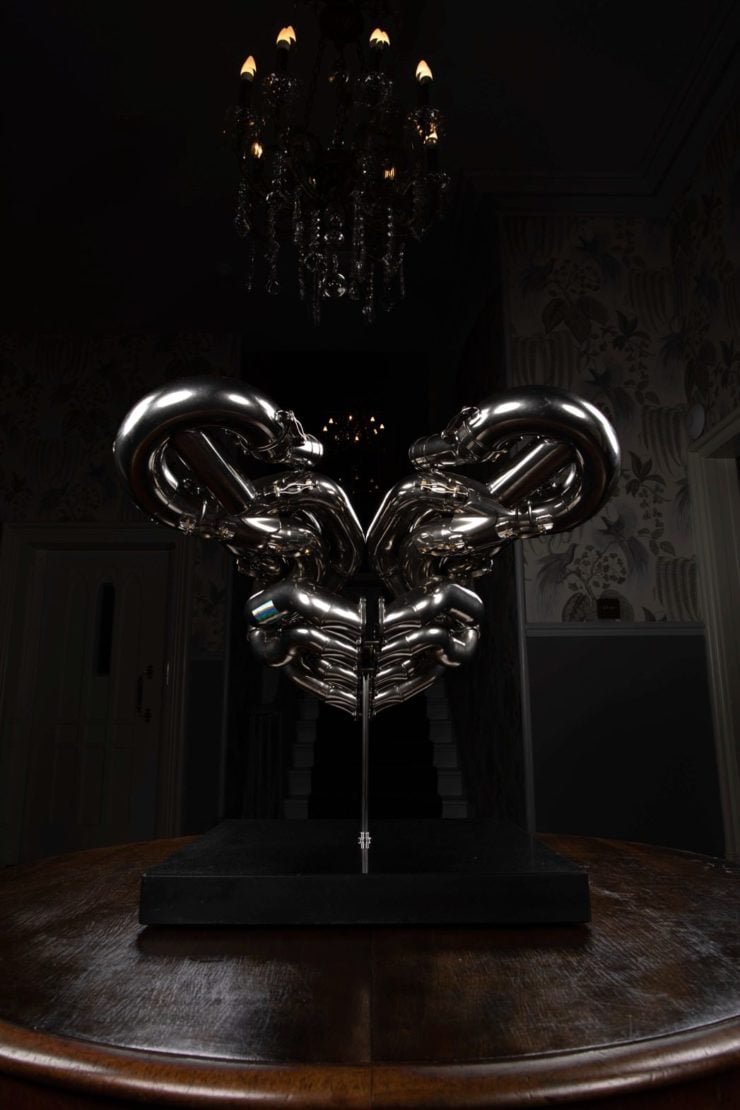 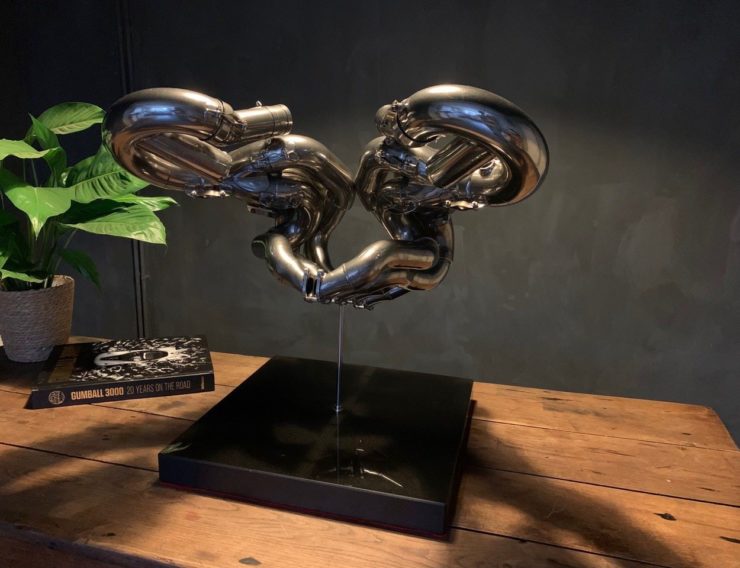 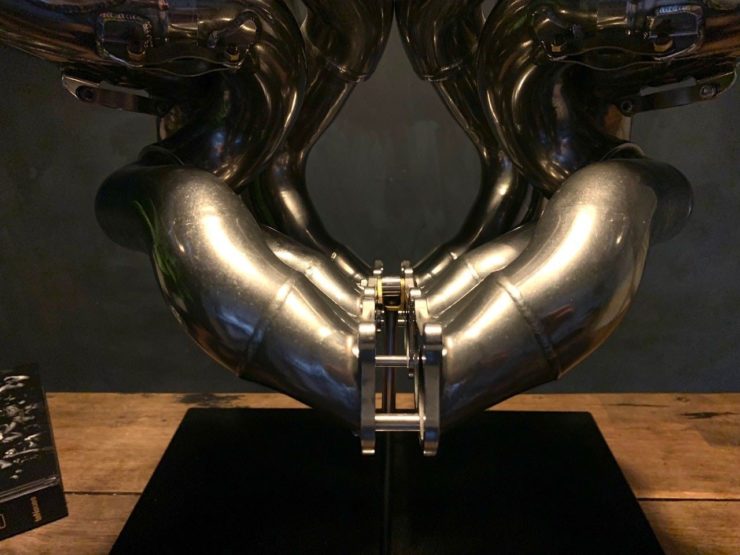 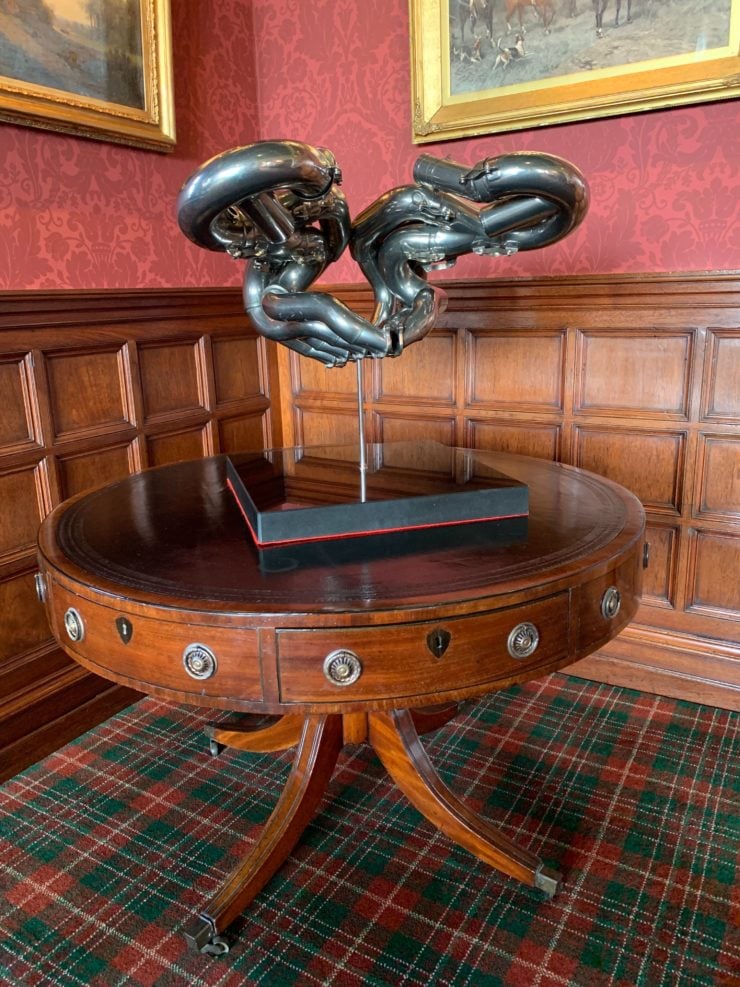 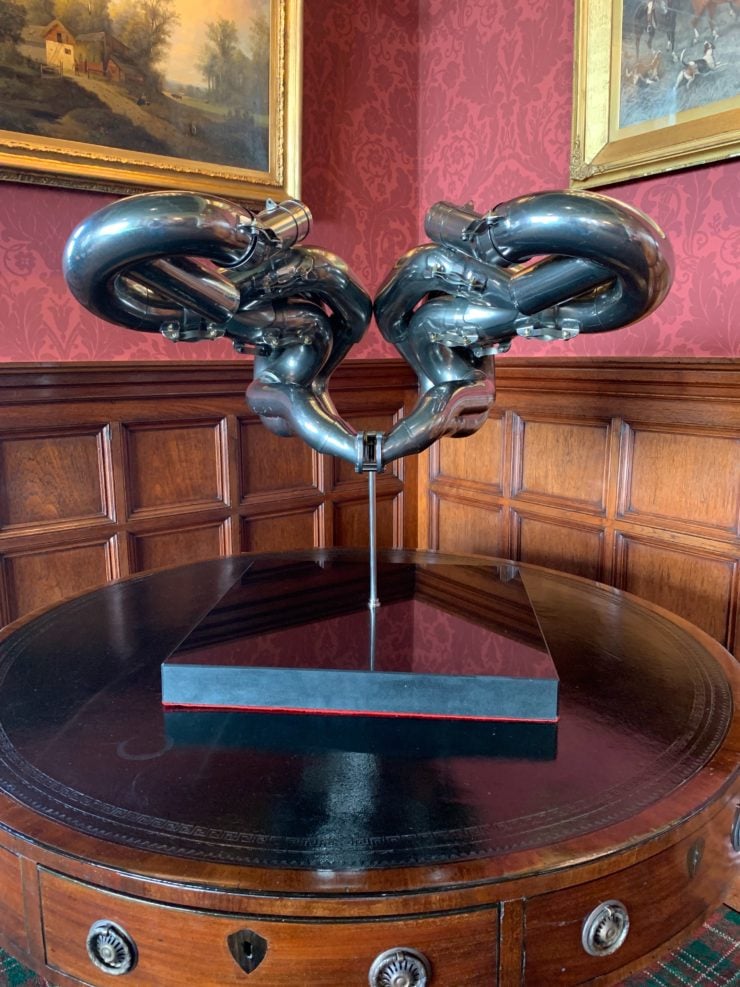 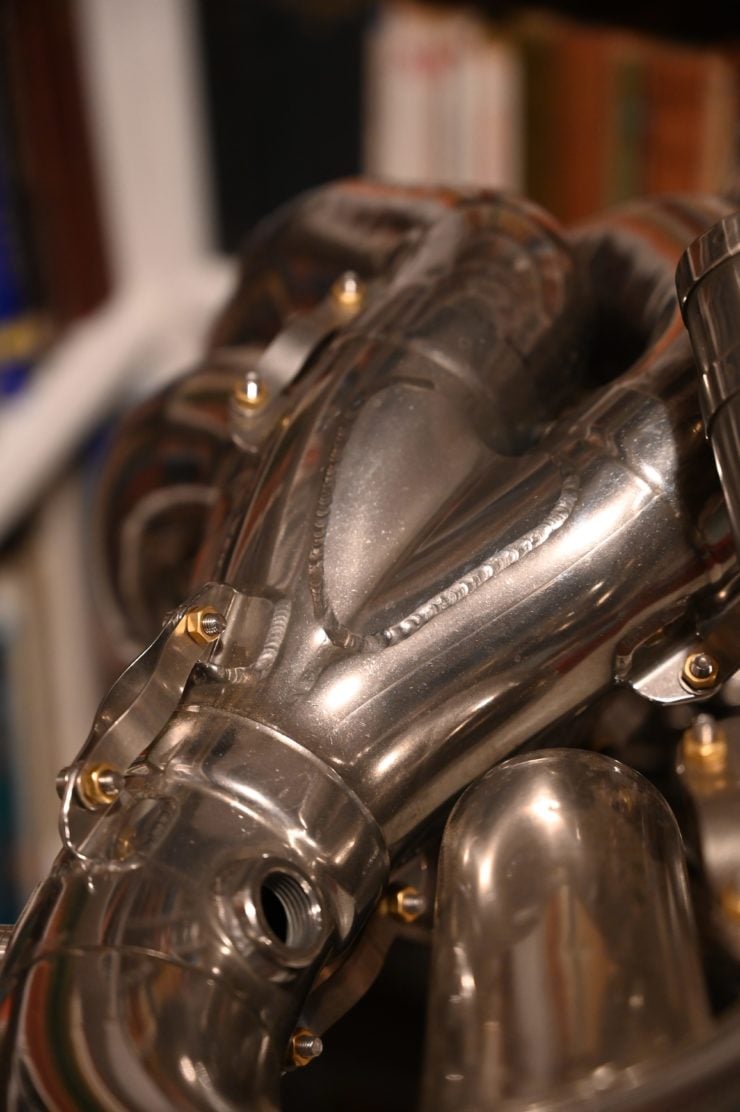