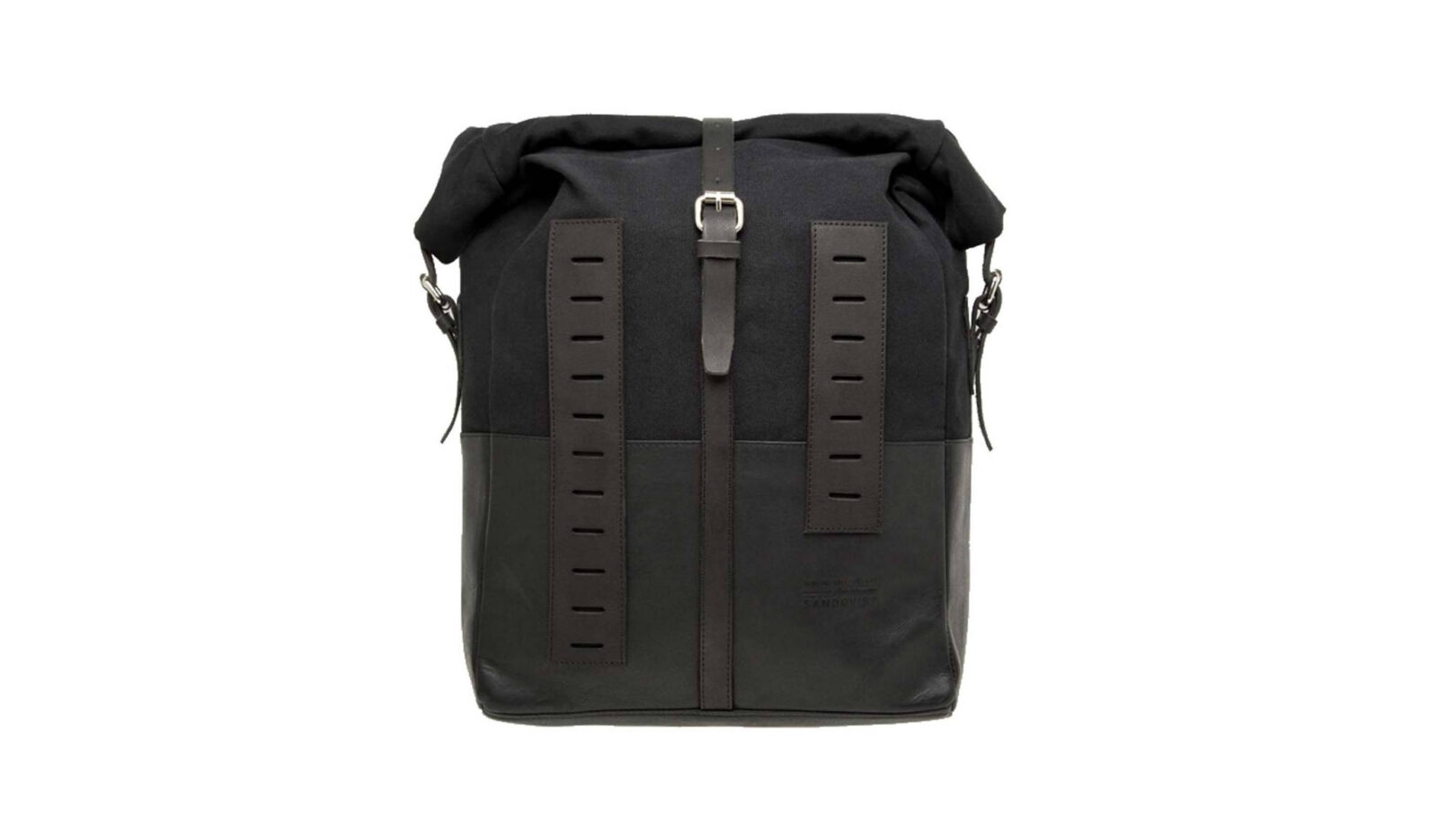 Being on a motorcycle and carrying gear isn’t easy as many people imagine, messenger bags can be slightly worse than useless due to their tendency to swing around to the side or front under braking. Backpacks are good but they can cause fatigue on longer rides and although panniers are perfect, many of us don’t want permanent bolt-on luggage attached to our bikes.

This is where the Sandqvist + Wrenchmonkees Backpack/Pannier Bag comes into its own, it’s a normal backpack when you want it to be and then it can be attached to the side of your bike with a universal strap system. Each bag has a pocket for a laptop up to 15″ and is constructed from heavy duty cotton canvas and leather, with a leather reinforced bottom, a roll top closure and adjustable shoulder straps. 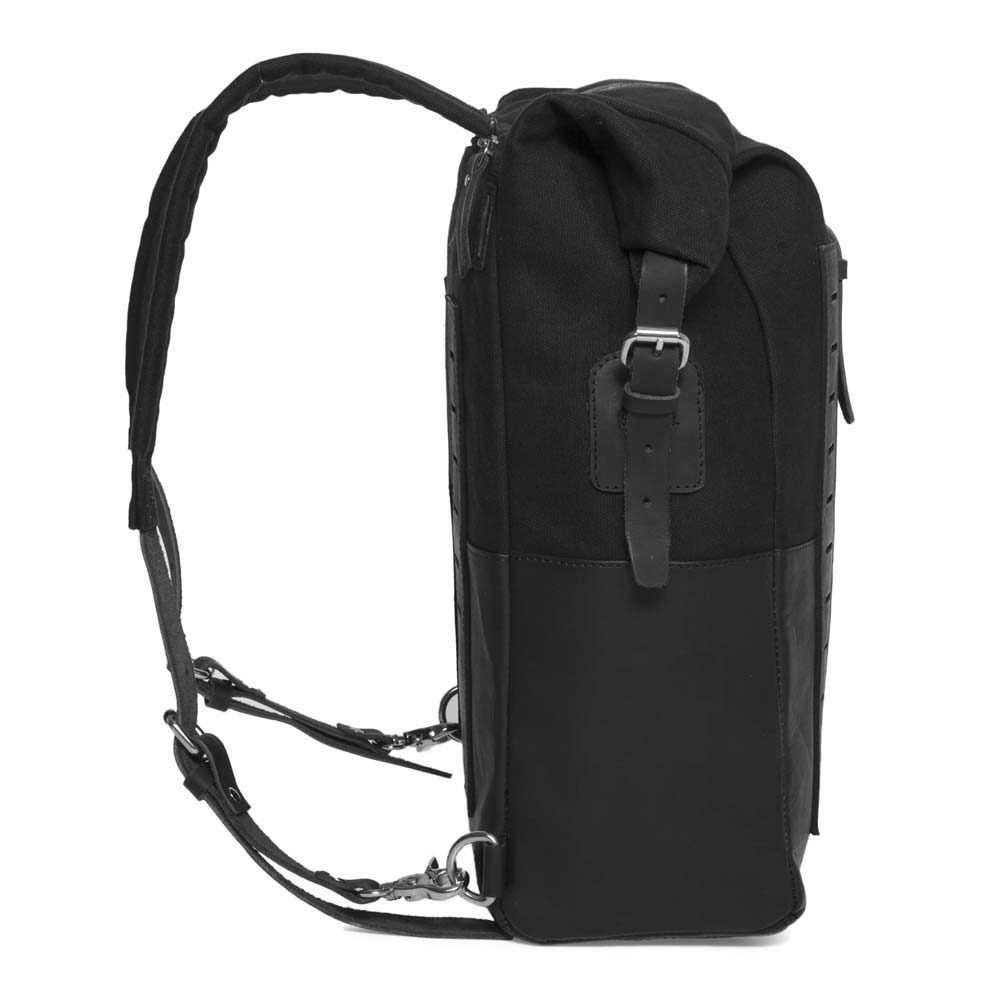 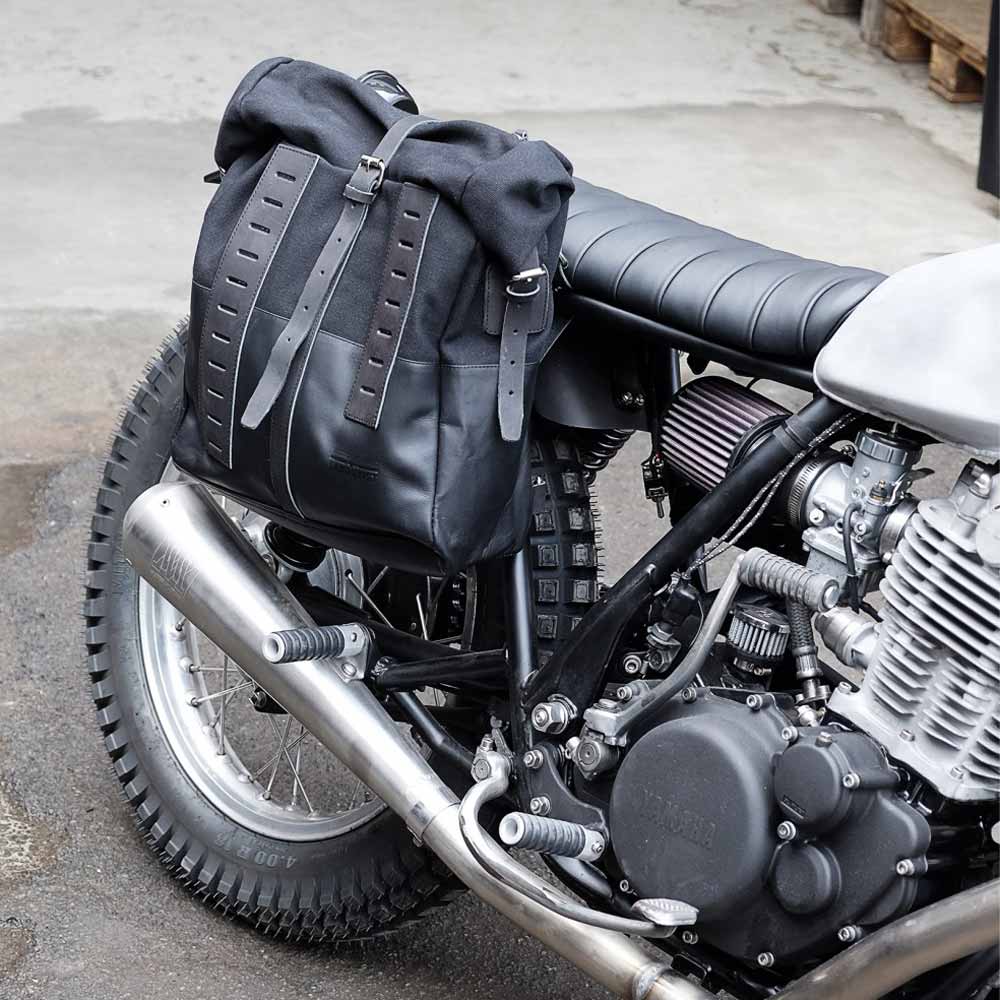 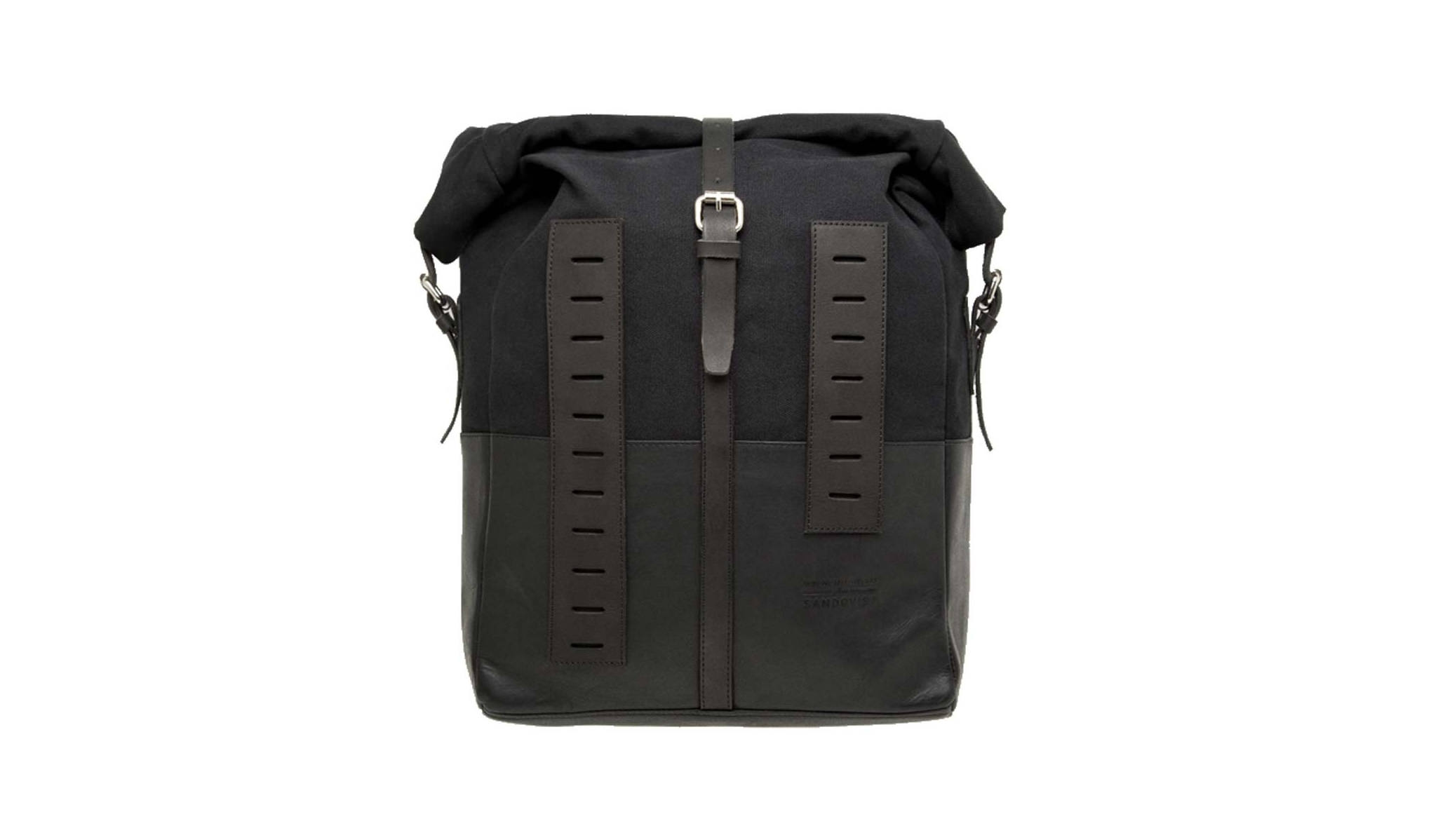