The Runwell 47 by Shinola 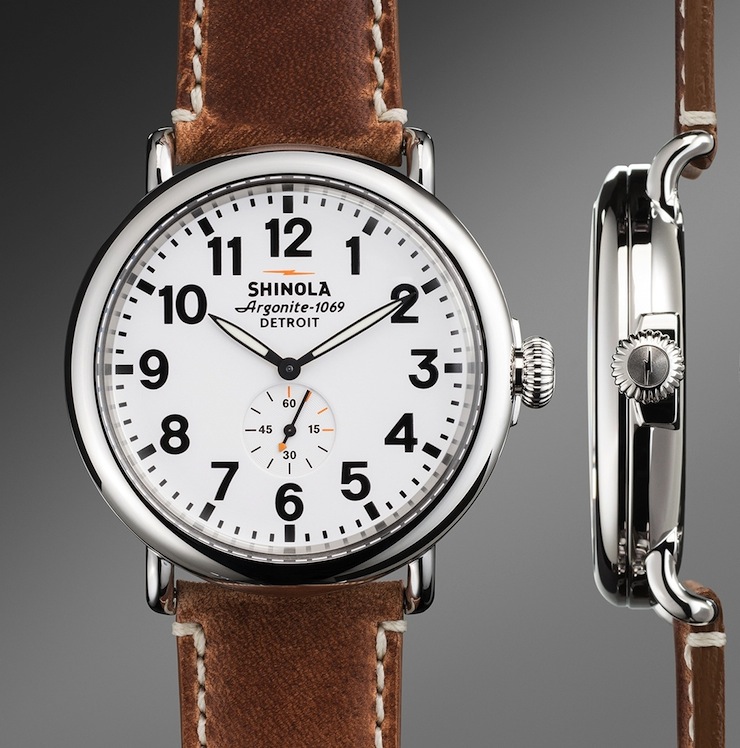 Though most people don’t associate Detroit with watchmaking, the team at Shinola are working hard to create a new tradition in American timepiece manufacturing. The Argonite 1069 Movement inside each Runwell is Swiss and is assembled from 4 dozen parts in Detroit, the strap is made of American Horween leather and the watch is capable of running for years on a single battery – it’s also waterproof to 50M.

The design of the watch is timeless and the limited production quantities make them fantastic acquisitions, especially if you’d like to support the heritage of hand built machines coming out of Detroit. Each Runwell costs $550 USD and can choose from a series of sizes and dial colours. 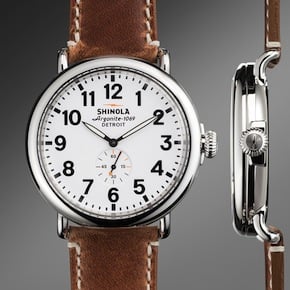