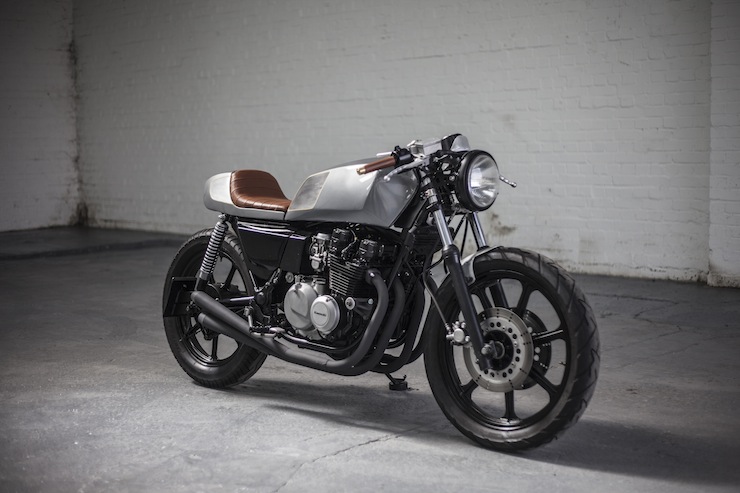 The humble Kawasaki GT550 very rarely sees the custom treatment of more popular vintage transverse fours, the bike was never made in the same numbers as bikes like the CB750 and it can actually be quite difficult to nail down solid information on it (one website went so far as to claim that it had a wet weight of 2,210kgs).

The Kawasaki GT550 was fitted with a DOHC transverse, 4-cylinder, air-cooled engine with a total capacity of 553cc, it could produce 58hp at 9,000rpm and some claim it could top out above 140mph. Power was fed to the rear wheel via a shaft drive and a 6-speed transmission, making it a slightly unusual bike for the early 1980s. 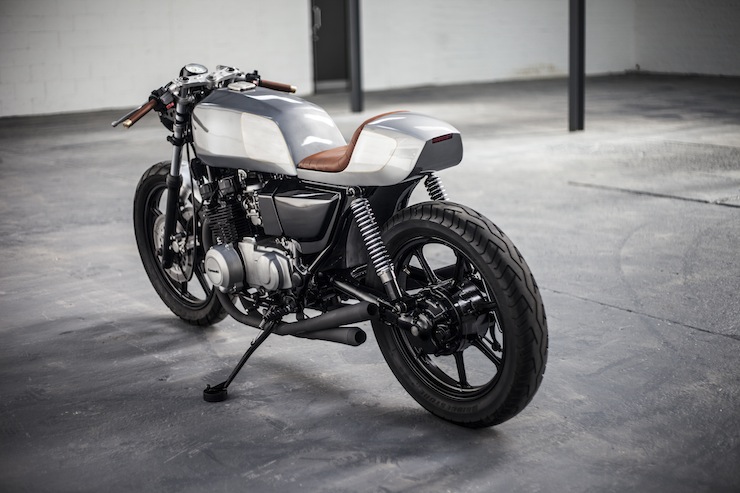 This particular Kawasaki GT550 was picked up by brothers Bujar and Gaz Muharremi of Auto Fabrica, it’s their first foray into the world of custom motorcycles and it has to be said, they’ve done a remarkable job. Bujar is an automotive designer and Gaz is a product designer, so they have some fantastic training under their belts when it comes to putting together motor vehicles (whether they have two wheels or four).

The bike was pulled apart as soon as it arrived in the Auto Fabrica workshop, the frame was cut and re-trimmed, the fuel tank was modified to alter it’s angle, the seat and cowl were made from hand-beaten 2mm aluminium, the rear springs were replaced with Hagon units and the front forks were lowered by an inch. That hand worked aluminium was then aqua blasted to give it that clean, factory fresh look that suits motorcycles like this down to a tee.

For the final touches, the seat and grips were hand-sewn from leather and a beautiful 4-into-4 exhaust was made in-house before being painted matte black and fitted to the now complete bike.

The next projects from Auto Fabrica are to be a Yamaha SR250 and an SR400, we’ll be keeping a close eye on this London-based garage and will bring you more of their work just as soon as it’s ready for prime time. 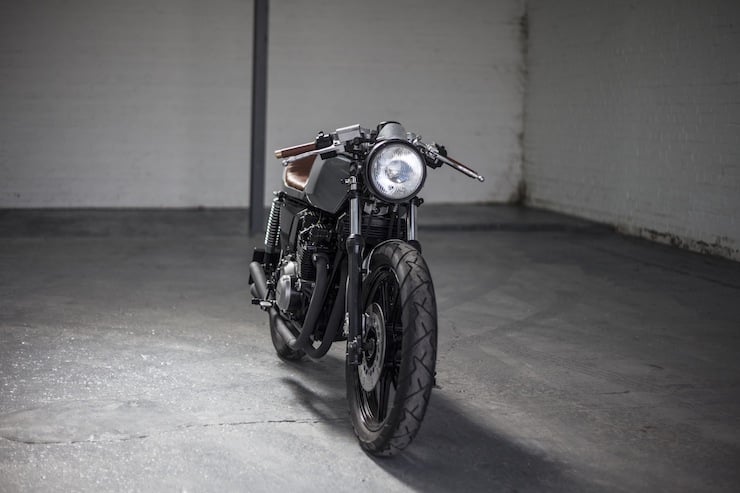 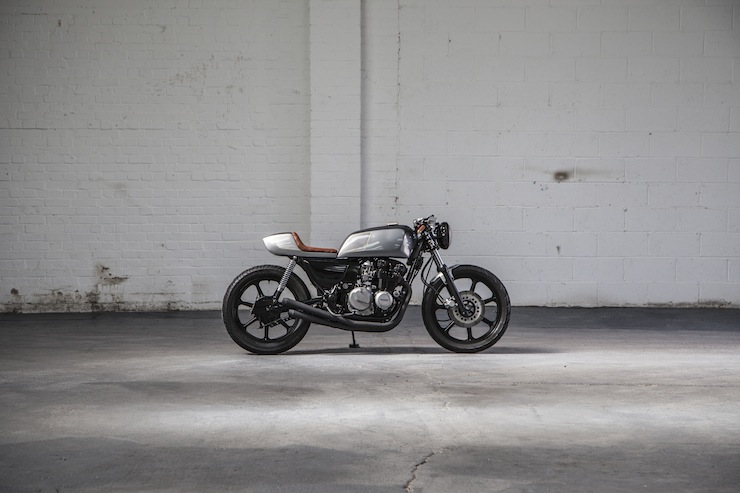 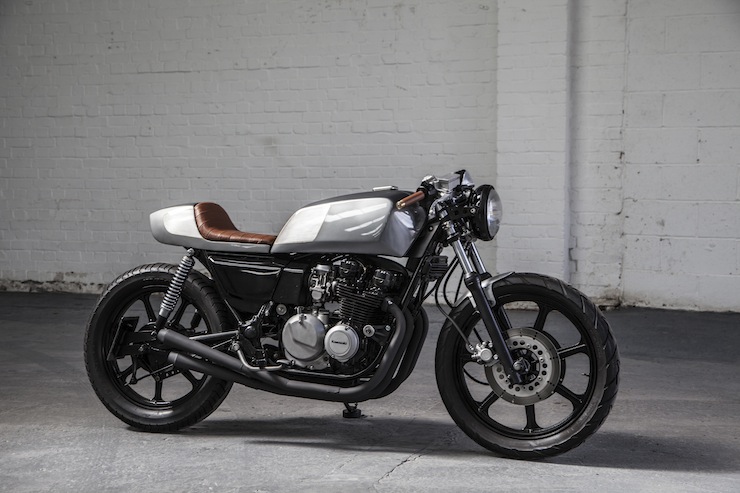 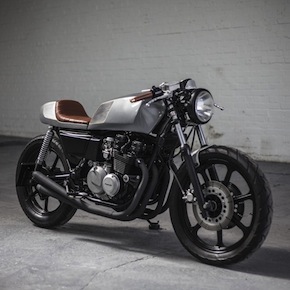