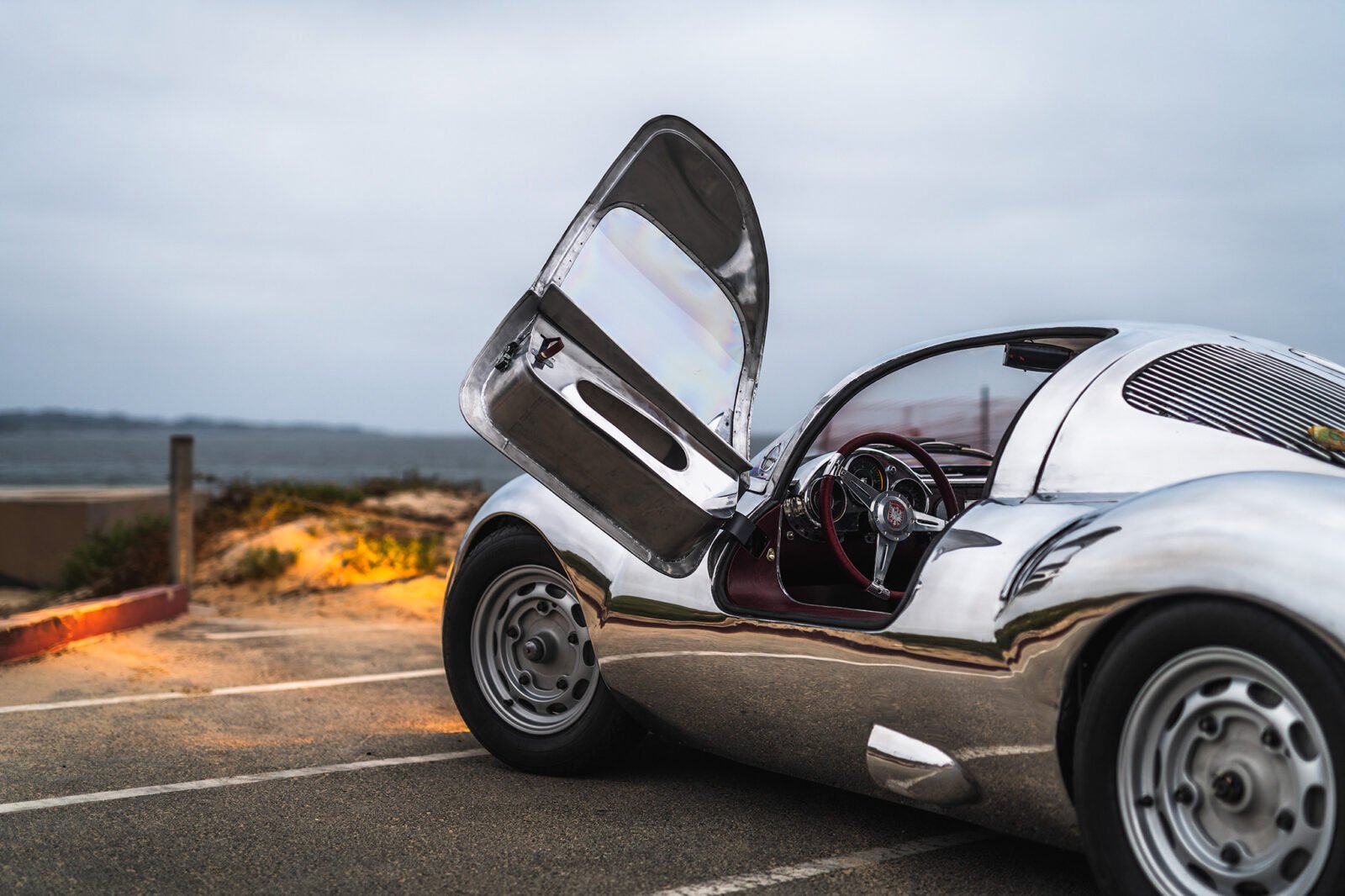 The Runge RS010 was hand-built by Christopher Rünge as a bespoke one-off sports car with styling reminiscent of late 1950s racers. Rünge is a traditional coachbuilder who only ever creates his own vehicle designs – he never replicates or recreates, everything has to be unique.

Each Rünge vehicle is built in a secretive barn tucked away on a property in the Minnesota countryside, he works alone bar the occasional help from his teenage son, his work has been celebrated by countless luminaries of the classic car world and displayed on the lawn at The Quail – A Motorsports Gathering.

Christopher Rünge built the Runge RS010 over two years between 2017 and 2019, it took him approximately 2,000 hours to complete and it quickly became one of his most celebrated designs. As with all of his creations the RS010 has a hand-formed aluminum alloy body that was shaped panel by panel using traditional equipment like English wheels, wooden mallets, and a wooden body buck.

“The RS010 was commissioned by a Chicago collector. Our goal was to create what we thought was the ultimate late 50’s German sports coupe with aircraft influence. This theme shows through both aesthetically and in functionality utilizing aircraft duct, venting systems, switchgear, magneto starter and more.” – Christopher Rünge

Above Video: Christopher Rünge meets with Jay Leno to talk about some of his creations.

The RS010 has a full steel tube frame offering excellent rigidity, this is then clothed in clothed with a “Superleicht” (super light) aluminum tube form that supports the aluminum body – a similar (but different) technique to that used by Carrozzeria Touring for their Superleggera bodies used on vehicles like the Aston Martin DB5. 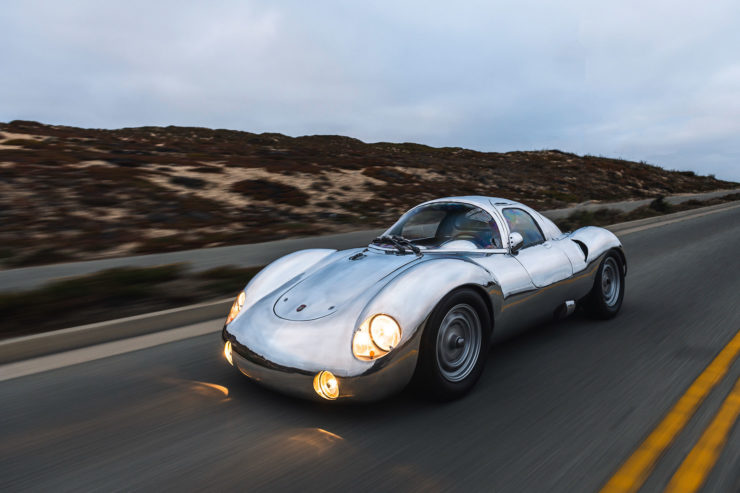 Power is provided by a hand-built Runge 2.3 litre flat-four engine with two twin-choke Weber carburetors producing 200 hp. It’s mounted in a rear-mid location and it sends power back through a four-speed “Longbox” transmission to the rear wheels. Cruising speed in fourth gear is said to be comfortable at 80+ mph.

The tubular steel chassis is fitted with independent front and rear suspension that includes Koni adjustable shock absorbers, and the vehicle has hydraulic drum brakes on all four corners.

Unusually for a lightweight sports racing car Rünge wanted to ensure that the RS010 was comfortable to drive, even on a daily basis if the owner wanted, so he fitted with the car with insulation and sound deadening, as well as a 12 volt electric air conditioning system, carpeting, leather-trimmed alloy seats, and doors that open to reveal cut away sections of the roof to allow easier entry and exit.

The inside of the Runge RS010 us just as beautiful as the exterior, the signature Runge steering wheel sits in front of traditional instrumentation. A clock from a Soviet MiG jet is fitted to the centre of the dashboard and all the controls and toggle switches are taken from 1950s-era aircraft. 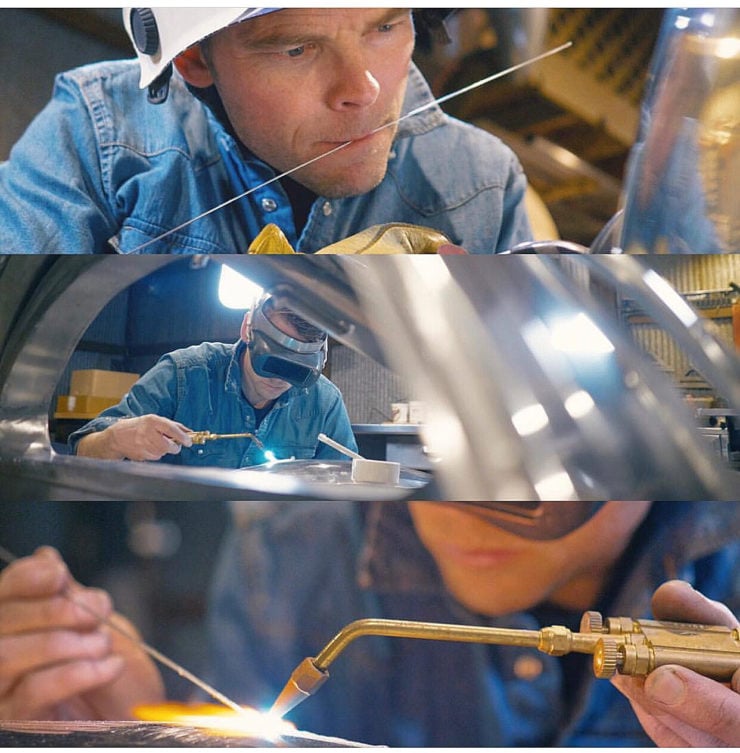 Above Image: Christopher Rünge welding one of his signature Superleicht bodies.

“The one-off body started by hand-forming an aluminum “Tube Buck”. RUNGE refers to this as their “Superleicht” structure that acts as a guide for the aluminum bodywork. The entire body is handformed .063″ 3003 aluminum. Flat sheets are cut into patterns and then hammered over tree stumps and rolled into shape with an FJ Edwards English wheel. Each pattern takes shape to the buck through a series of trial fits and once the fit is acceptable, it is butt welded to the next section ultimately creating a seamless body clip.”

“The engine bay decklids each have a modified Porsche 911 grill running longitudinally giving more than adequate air supply to the power plant while executing a beautiful design element. Headlights are the super rare Lucas “Le Mans” with period Miller driving lights mounted in the nose. Traditional Porsche 356 “Beehive” tail lights add a period touch to the rear of the car.” – Christopher Rünge

The Runge RS010 is now due to cross the auction block with Bonhams on the 21st of January with a hammer price estimate of $225,000 to $250,000 USD. Christopher tells us that there’s currently a two year wait for new commissions and prices start at $395,000 USD for a car like the RS010, so this is an excellent opportunity for someone to jump the queue and get their hands on an original low-mileage Runge. 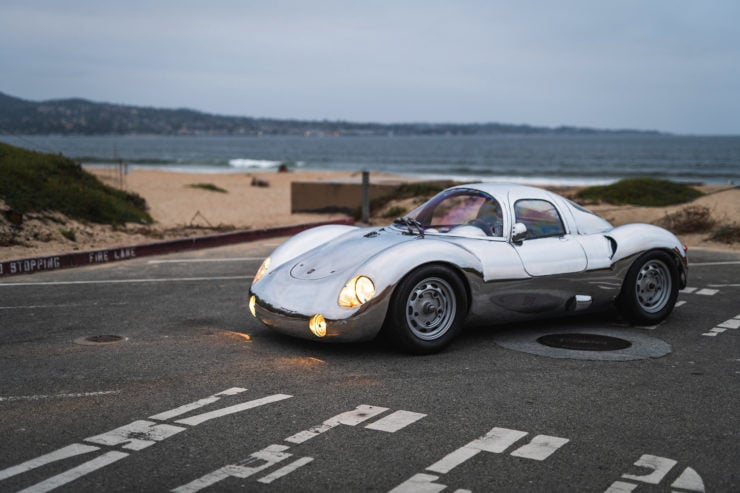 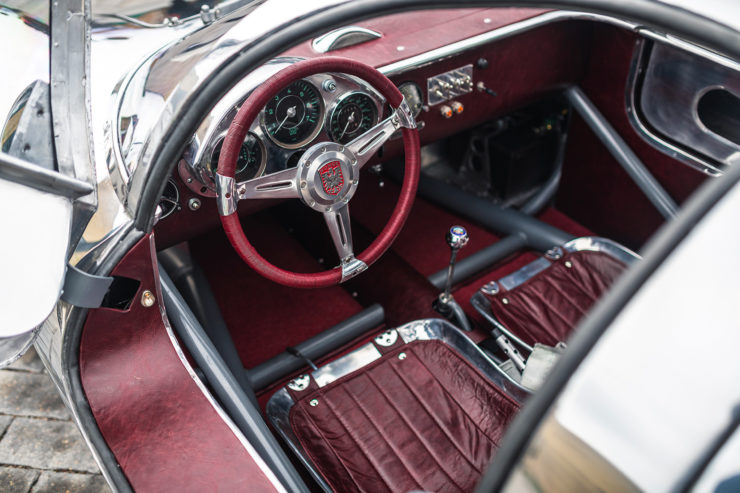 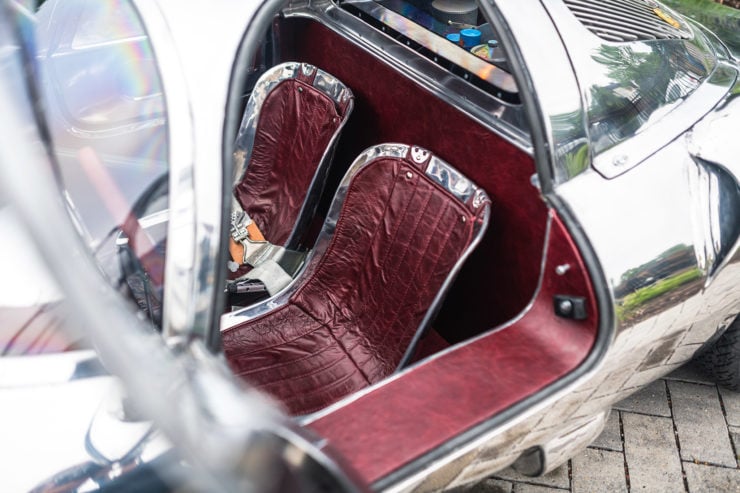 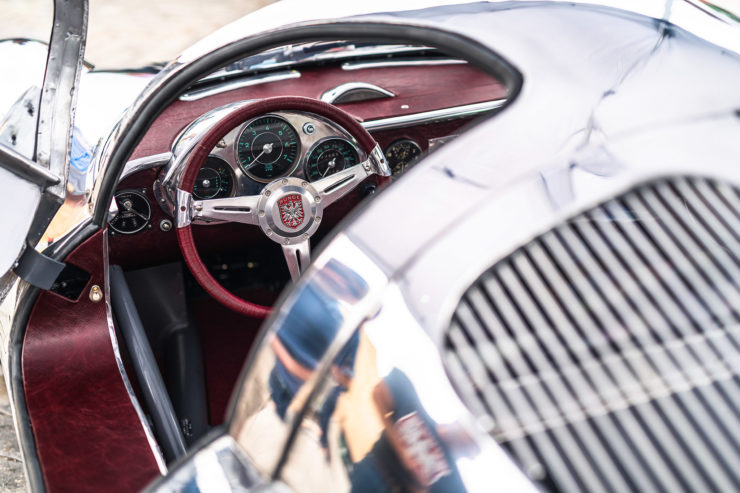 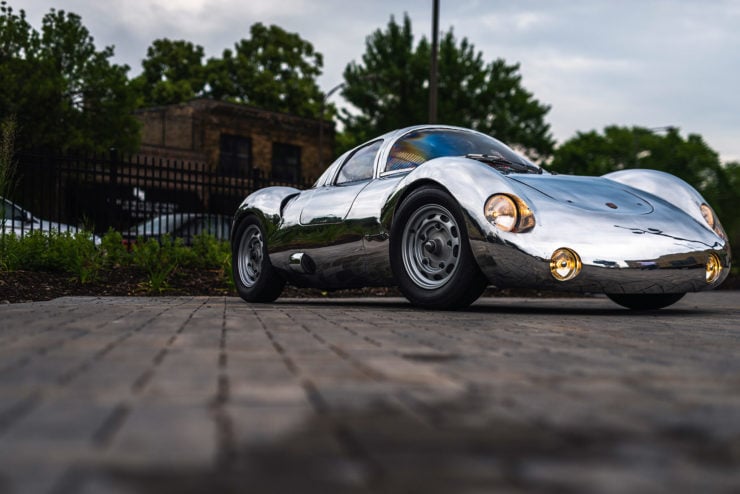 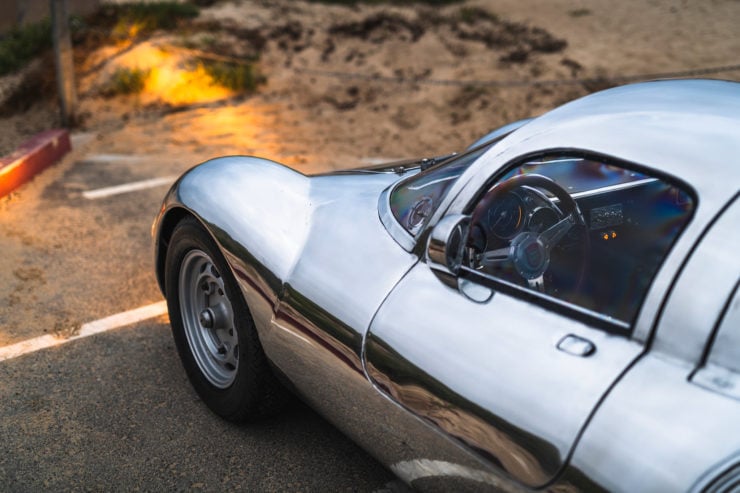 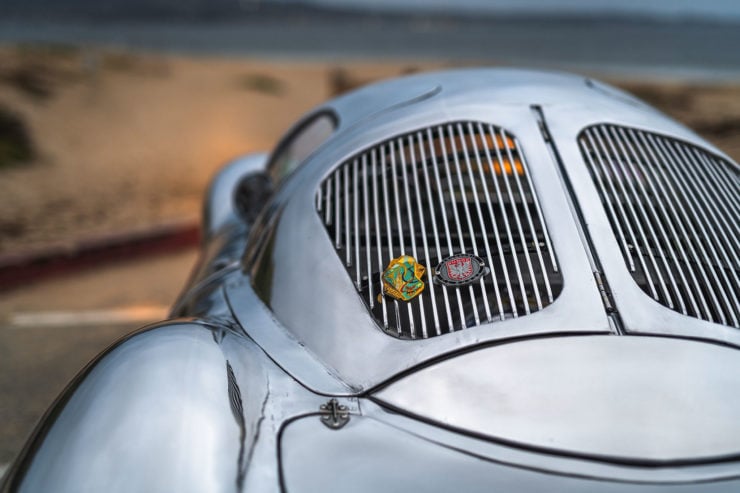 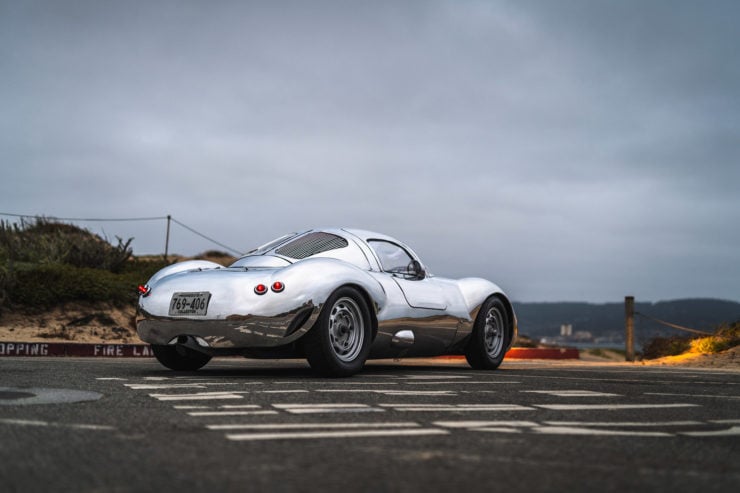 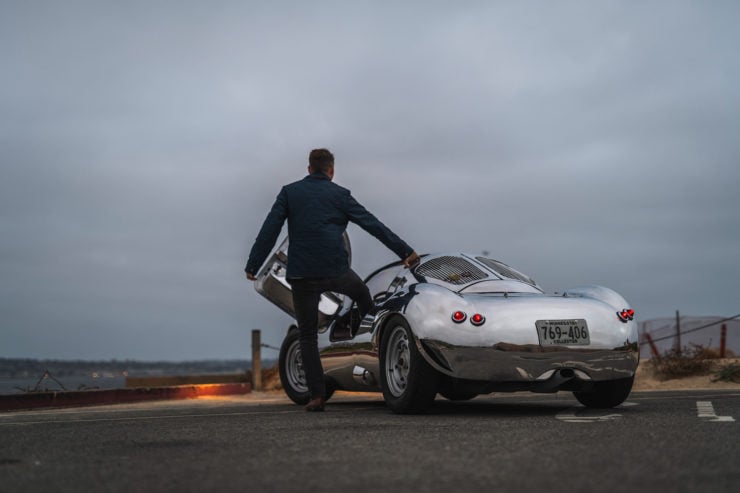 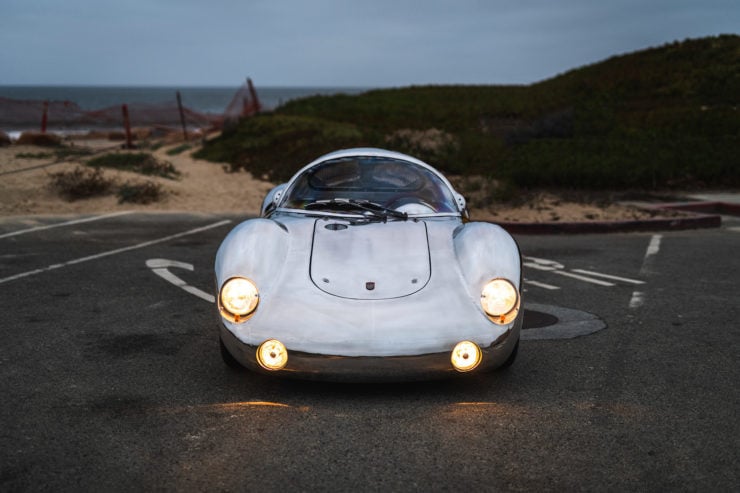 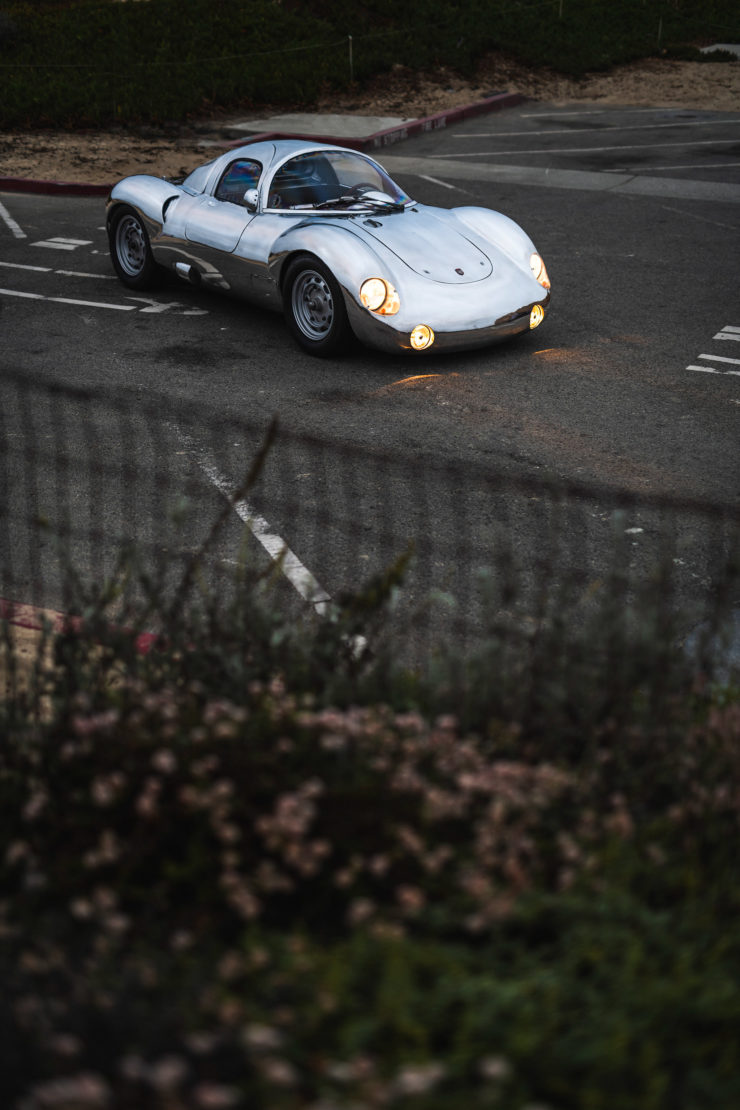 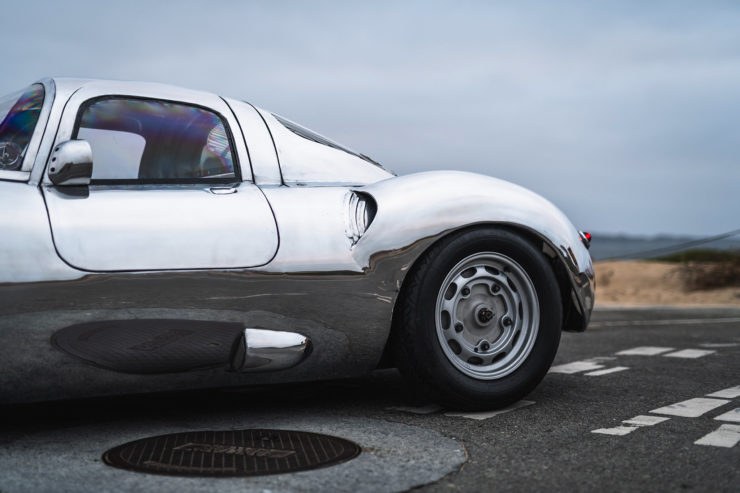 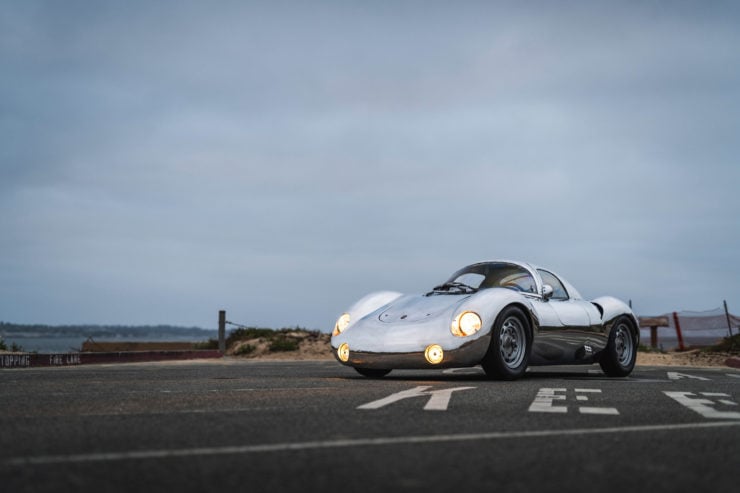 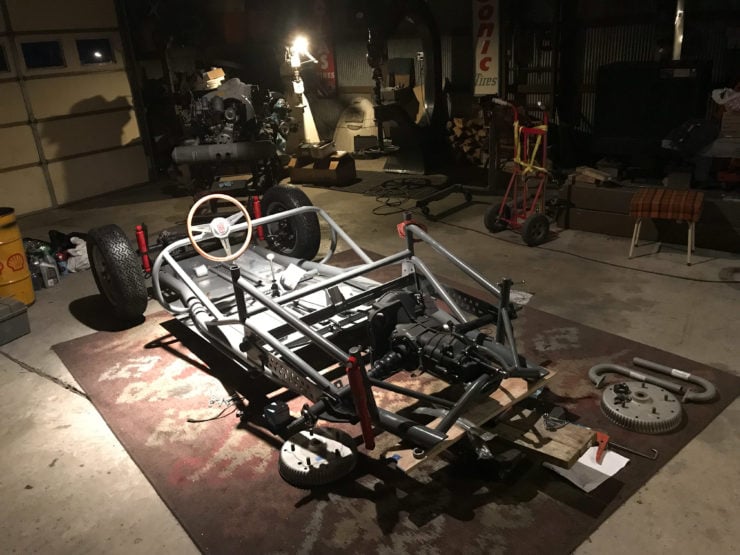 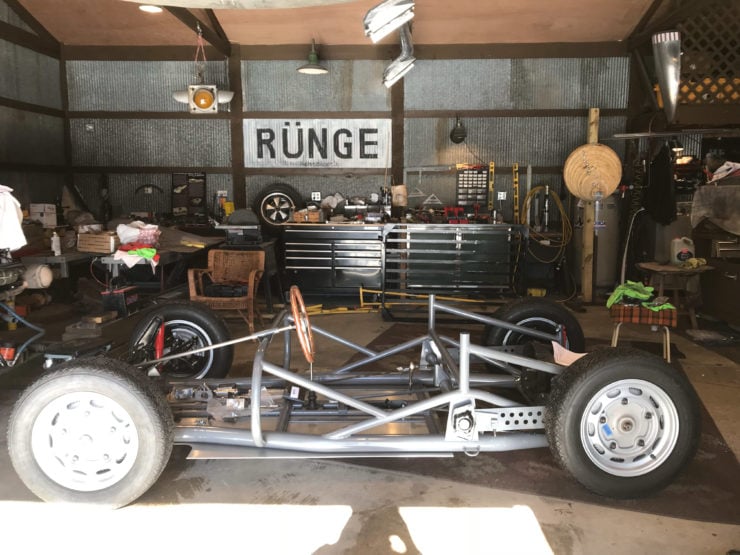 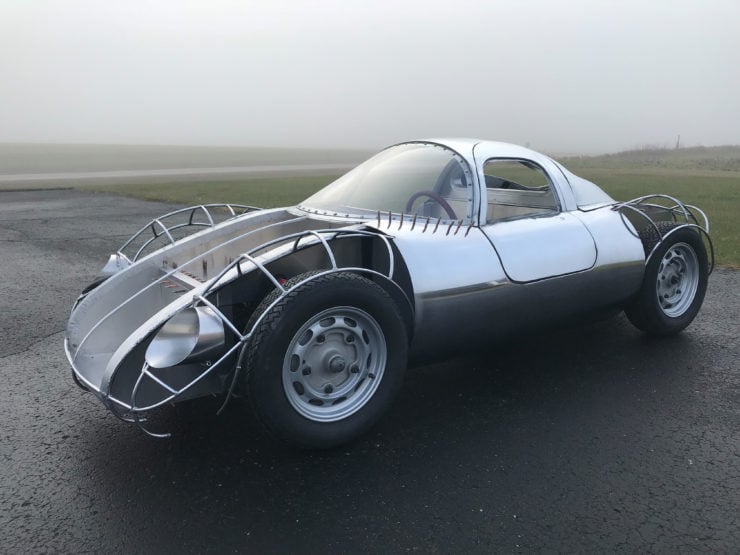 Published by Ben Branch - December 27th 2020
Related Posts
“Big Oly” Is For Sale: The Most Important Racing Bronco In History