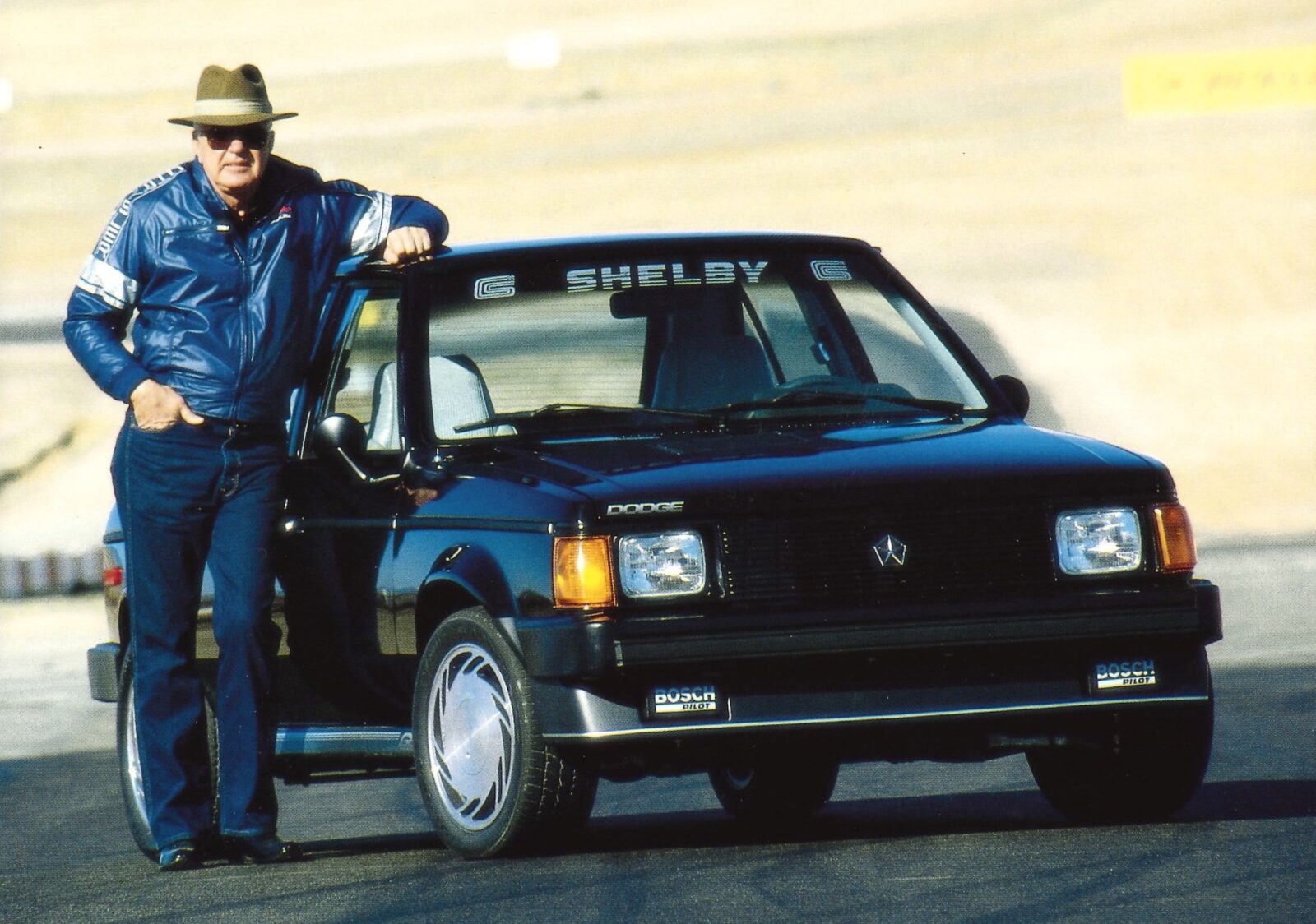 The Dodge Omni GLHS you see here was personally owned by Carroll Shelby, it’s now titled in the Carroll Hall Shelby Trust name, and it’s due to roll across the auction block in just a few days time.

For the uninitiated, the Dodge Omni GLHS (also known as the Shelby GLHS) was a version of the Dodge Omni built by Carroll Shelby’s team at his factory in Whittier, California. This car was based on the Talbot Sunbeam in Europe where it proved quite a handy competitor in the world of rally.

Despite appearances, the Omni GLHS was said to be quicker than the legendary Shelby GT350 in the 0 to 60 mph dash taking just 6.5 seconds vs the 6.8 seconds required by the GT350.

Carroll Shelby had been brought in to work on the Dodge Omni by none other than Lee Iacocca – a man responsible for many of Ford’s hits of the 1960s who was now the CEO of Chrysler. 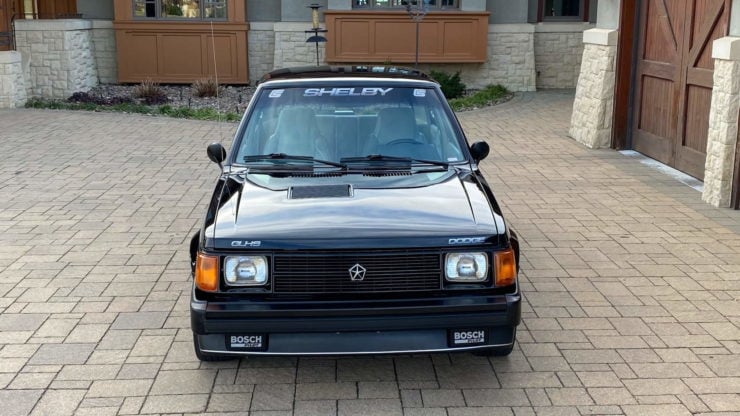 Iacocca’s time at Ford had seen him working with Shelby a number of times, the blue oval had sponsored much of Shelby’s work and provided the engine for his first smash hit – the Shelby Cobra 289.

Iacocca was well aware of Shelby’s ability to add a little flair to cars, and if there was ever a car in need of some spicing up it was the popular though somewhat boring Dodge Omni.

The Dodge Omni GLHS (And The GLH)

Carroll Shelby had moved with the times and by the 1980s he was more likely to go down the route of forced induction than to try to squeeze a V8 into everything – as had been his modus operandi in the 1960s.

When he was called in to modify the 1984 Dodge Omni he took a long hard look at the four-cylinder, single overhead cam, front wheel drive car and realized the best way to get it moving was to add a turbocharger, some suspension upgrades, and some other modifications that had been made to the earlier Shelby Charger. 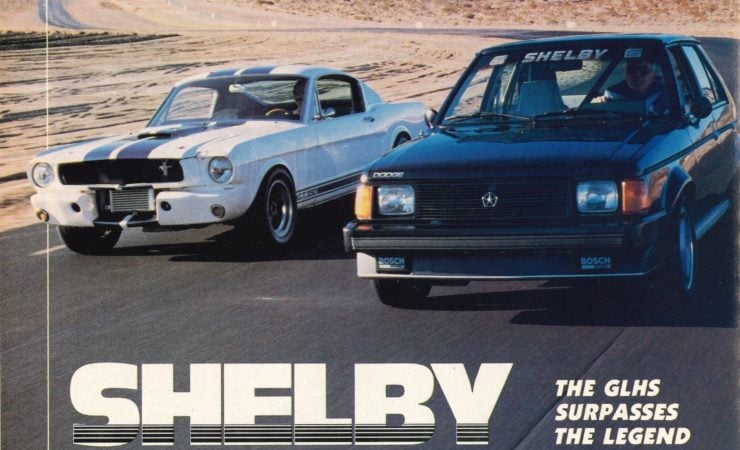 Two years later the 1986 Dodge Omni GLHS appeared, just 500 of these would be made, and each would be built by hand by Shelby’s men in California. The differences between the GLHS and the earlier GLH are significant, more so than the 20% power increase might lead you to believe.

Shelby and his team modified the 2.2 litre four-cylinder engine by adding the two-piece, blow-through turbo intake that was used on the Turbo II. The car used a newly developed ECU, an air-to-air intercooler, and boost was increased from 7.6 to 12 PSI courtesy of a Garrett AiResearch T03 turbocharger.

Power climbed from 146 hp to 175 hp, with 175 lb ft of torque. The suspension was modified significantly with the addition of Koni adjustable struts and shock absorbers and stiffer springs. The car now rode on 05/50R15 Eagle GT Gatorback tires fitted to Shelby Centurian alloy wheels, and a Shelby decal pack made sure people knew you weren’t driving a standard Omni. 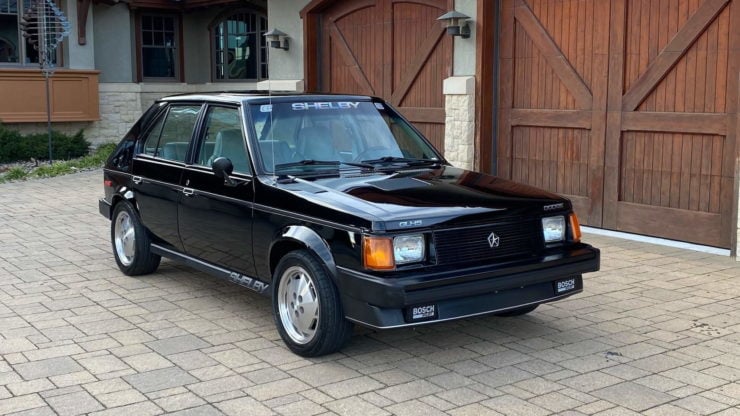 Just 500 examples of the Shelby GLHS were ever built and despite their rarity they’ve never attracted anywhere near the same interest as many of the earlier cars to wear the Shelby name.

Interest does seem to be slowly increasing however, and events like Radwood have seen many unusual ’80s-era vehicles like this plucked from obscurity to enjoy some more time in the limelight.

As mentioned above the car you see here belonged to Carroll Shelby himself, so it’ll likely attract more collector attention as a result, it also has just 8,176 miles on the odometer.

This car is number 086 of 500 GLHS models produced, and it has previously received the Award of Merit at the Milwaukee Concours d’Elegance. It also appeared in the Shelby Dodge Club calendar, and it’s still wearing its original paint, logo stickers, and interior, and it comes with an extensive GLHS reference file. 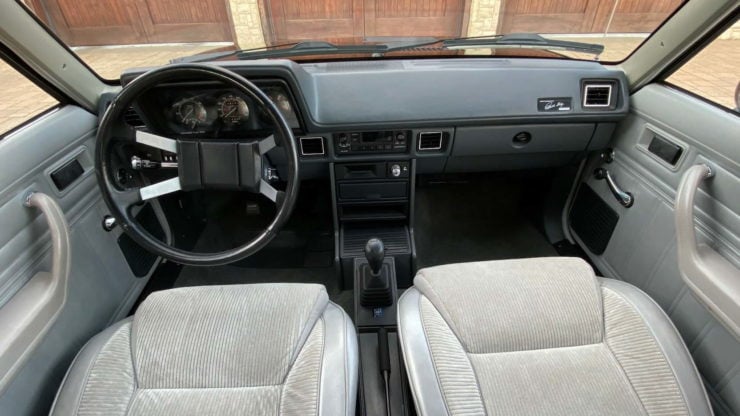 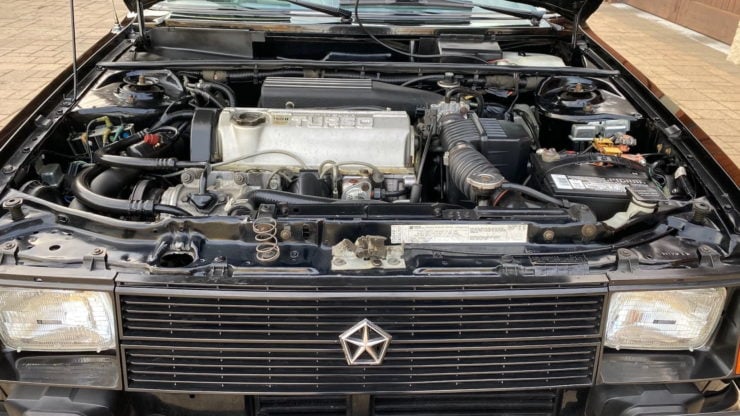 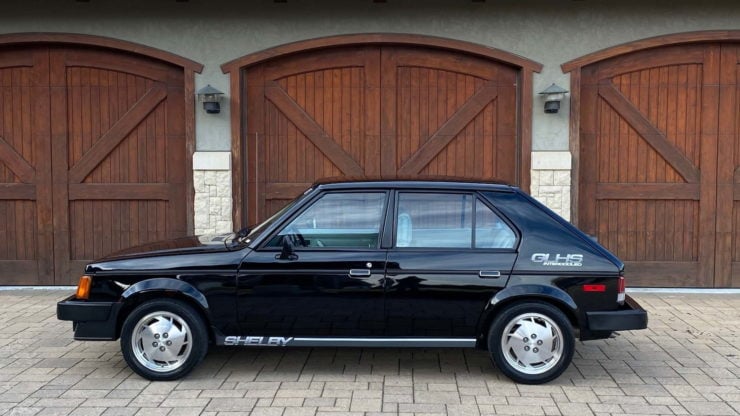 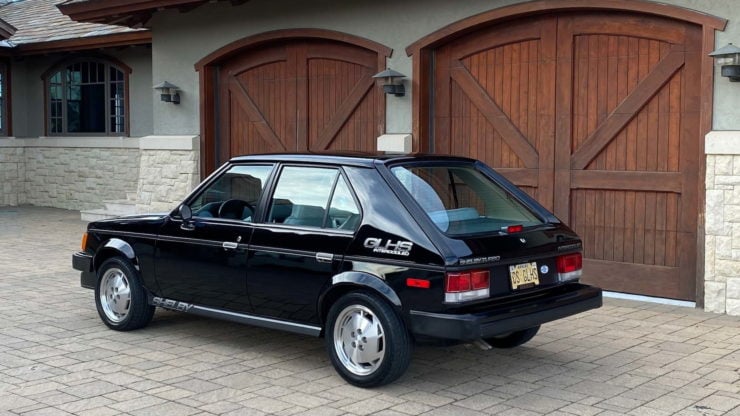 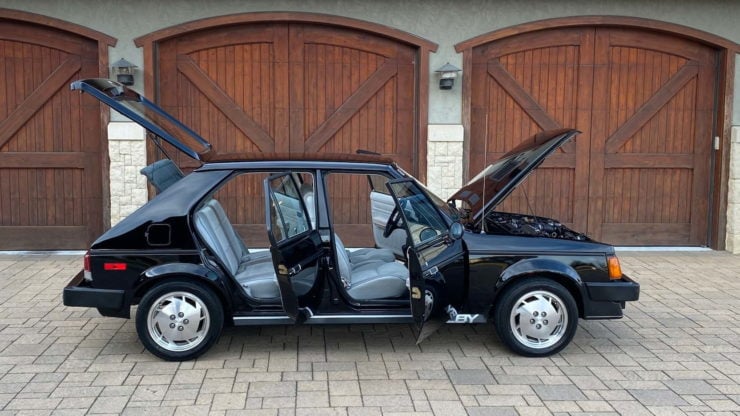 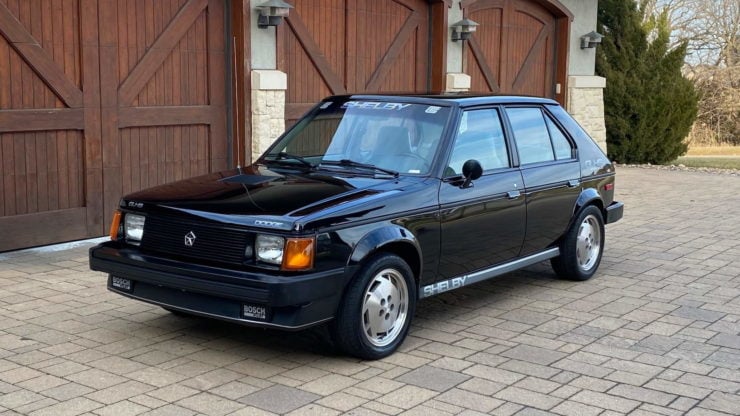 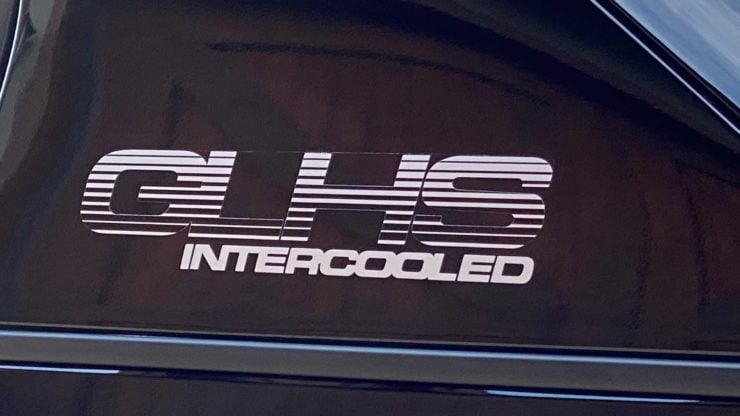 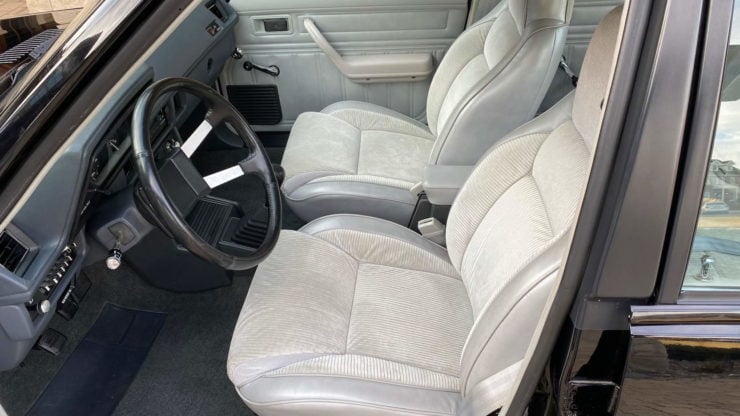 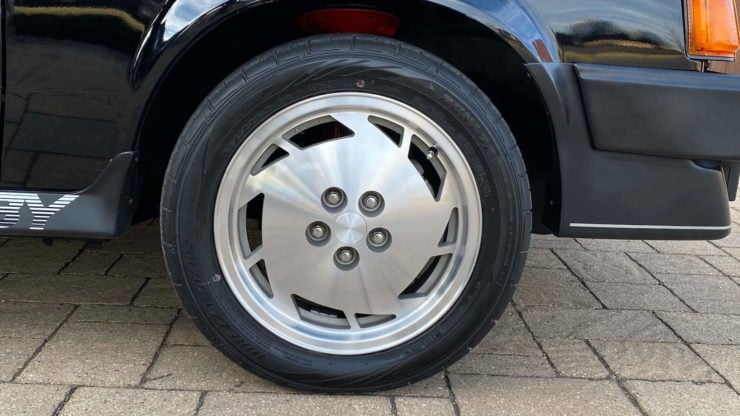 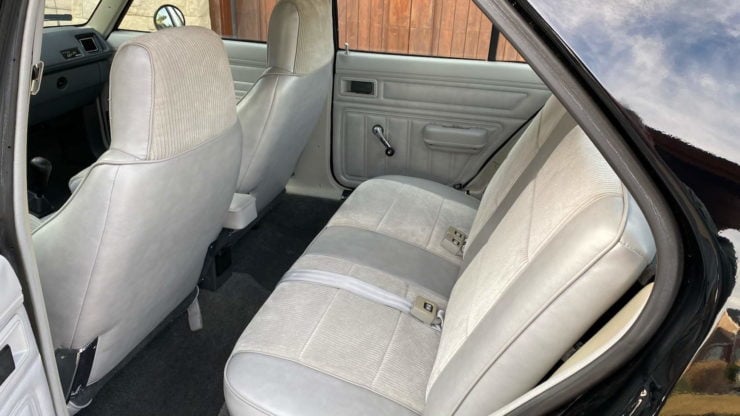