These are the RSD x White’s Foreman Boots, as the double-barreled name suggests they’re a collaborative effort between motorcycle gear company Roland Sands Design and the storied American boot makers over at White’s Boots.

The Foreman utilizes a 6″ full grain water-resistant chrome-excel leather upper and a Vibram® Cristy Crepe sole, it uses stitch down construction meaning the sole can be replaced when it wears down – further extending the life of the boot.

White’s Boots was founded back before the Civil War by Otto White to make boots for lumberjacks in Virginia. They later moved their operations to Spokane, Washington to capitalize on the growing popularity of the Northwest, with its gold hunters, fur trappers, loggers, farmers, and homesteaders. 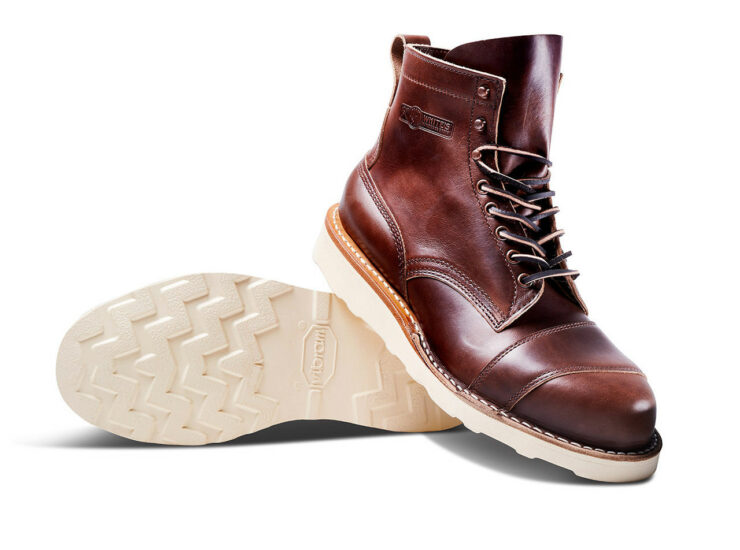 The boots have a full grain water-resistant chrome-excel leather upper and a Vibram® Cristy Crepe sole, they use stitch down construction so they can be resoled to extend their lives.

The company prides itself on making its boots in the USA using American-sourced leather and materials. It’s still based in Spokane, and it’s now most famous for its “Smoke Jumper” boot, which was developed for Wildland Firefighters.

The RSD x White’s Foreman Boot has a stitched shift pad on both the right and left side, this is because back before the mid-1970s many motorcycle manufacturers still built bikes with a left side shifter, versus the now ubiquitous right side shifter.

The boots also have an Ortholite® padded insole, a stitched down mid sole, and they’ve available in additional widths, though this does result in a 4-6 week wait time. Sizing ranges from 7 to 13 and they retail for $520 USD a pair. 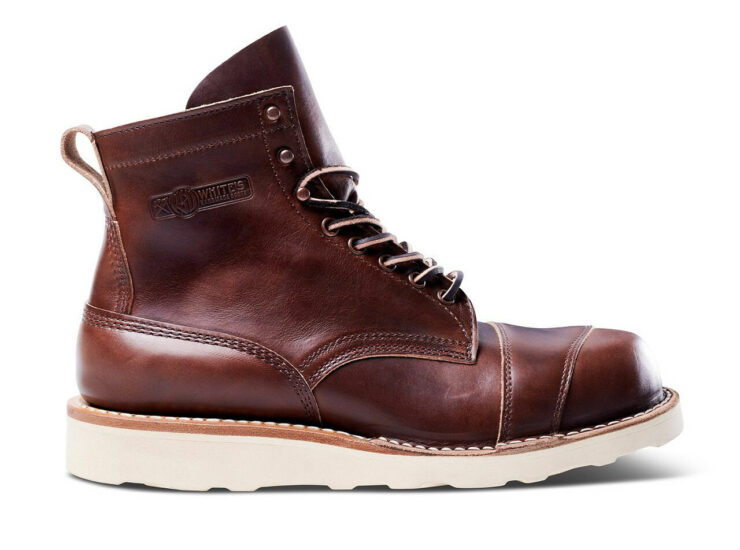