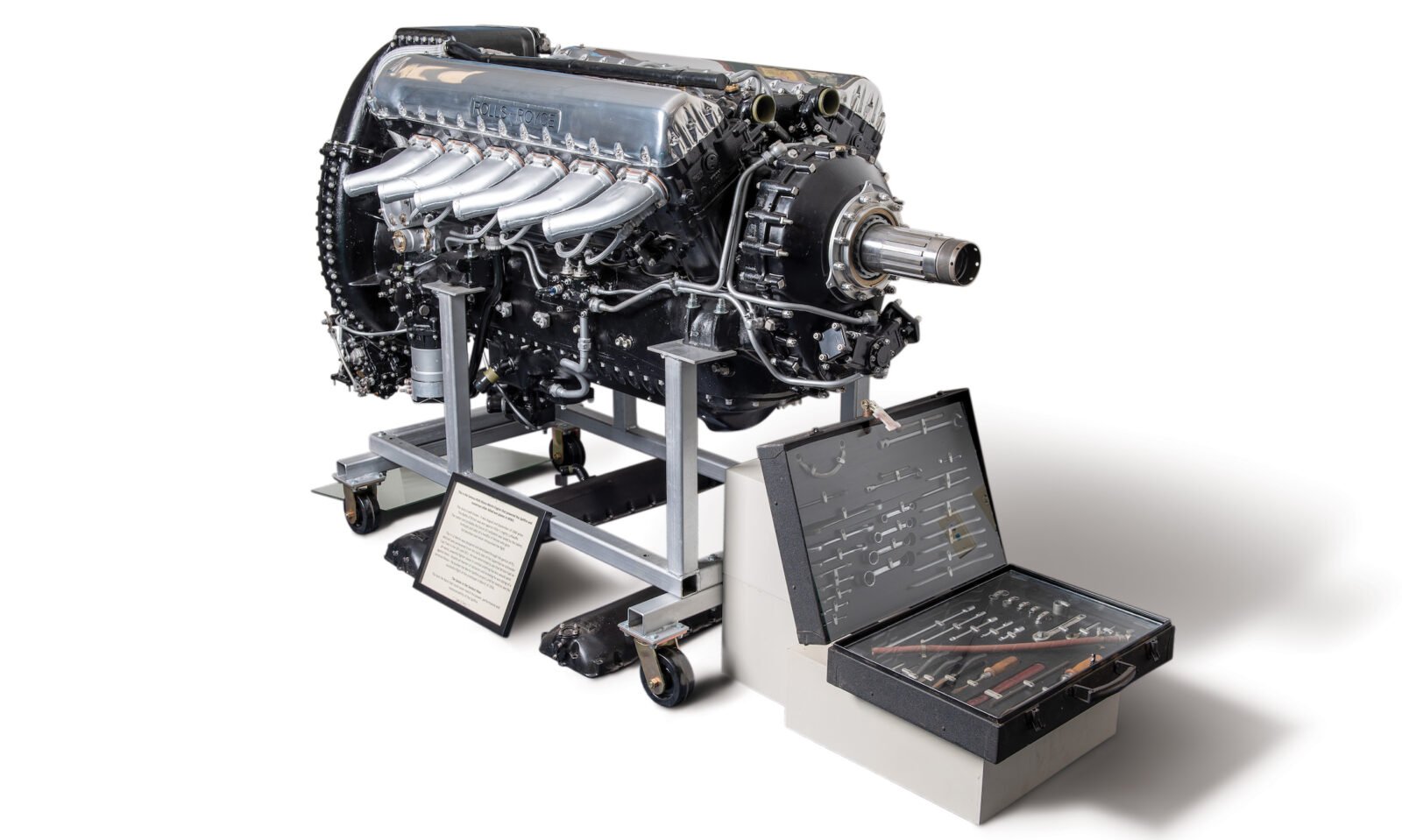 The Rolls-Royce Merlin V12 is almost certainly the most famous aircraft engine in history, I’m sure there are other contenders of course but I’m convinced the Merlin has them beat.

Although most believe the engine is named for the famous wizard of the same name from the legend of King Arthur, it’s actually named after the Merlin bird of prey (Falco Columbarius), a species of falcon that’s been a popular falconry bird for centuries.

Rolls-Royce began developing a new aero engine in the early 1930s, it was initially named the PV-12 which stood for “Private Venture 12-Cylinder”, as the engine has been developed without any government financial assistance. This seems almost laughable now considering how much the Allied governments of the world would eventually rely on the engine that the PV-12 would become. 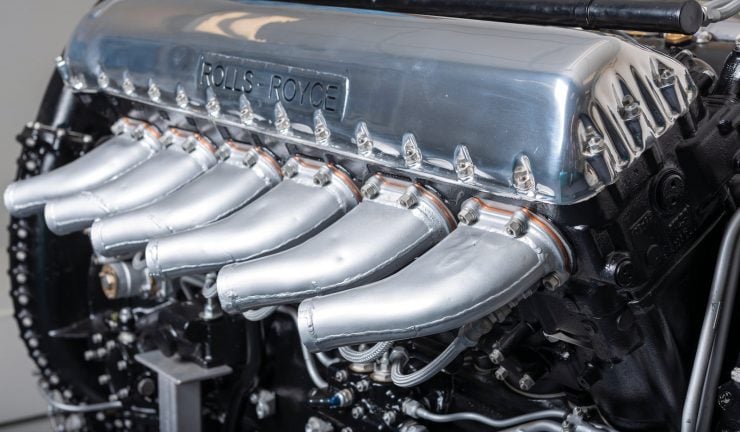 Each camshaft operates 24 rockers, with 12 on each side and each valve has twin concentric coil-springs. The 12 pistons are lightweight alloy, each is uses a forged nickel-steel connecting rod, which is attached to a forged nitrogen-hardened nickel-chrome molybdenum steel crankshaft.

Initially the Merlin produced approximately 1,000 hp, but by the end of the war this number had over doubled, and Merlins were reliably producing well over 2,000 hp.

The engine you see here is mounted to a display stand and finished to a very high degree of quality throughout, it also comes with a rare Merlin tool kit containing almost everything you need for servicing the engine.

Over the years since the end of WW2 Merlin V12 have been fitted to an astonishing variety of vehicles, from cars and boats to tanks and just about everything in between.

If you’d like to read more about this engine or register to bid you can click here to view the listing. 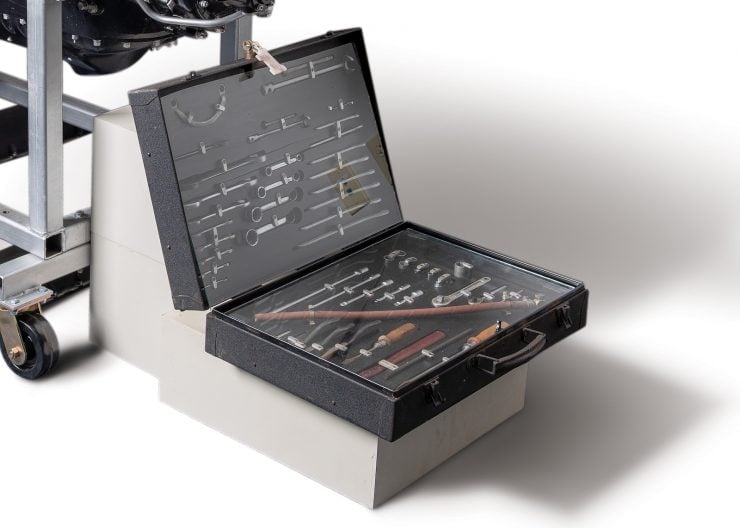 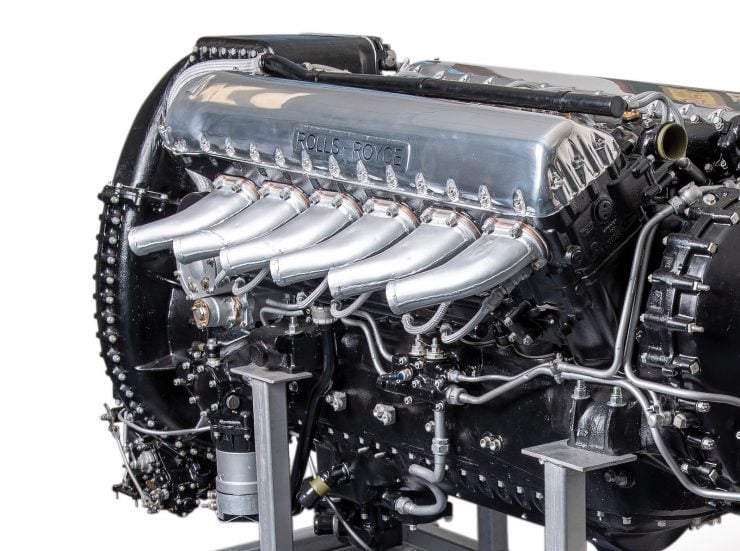 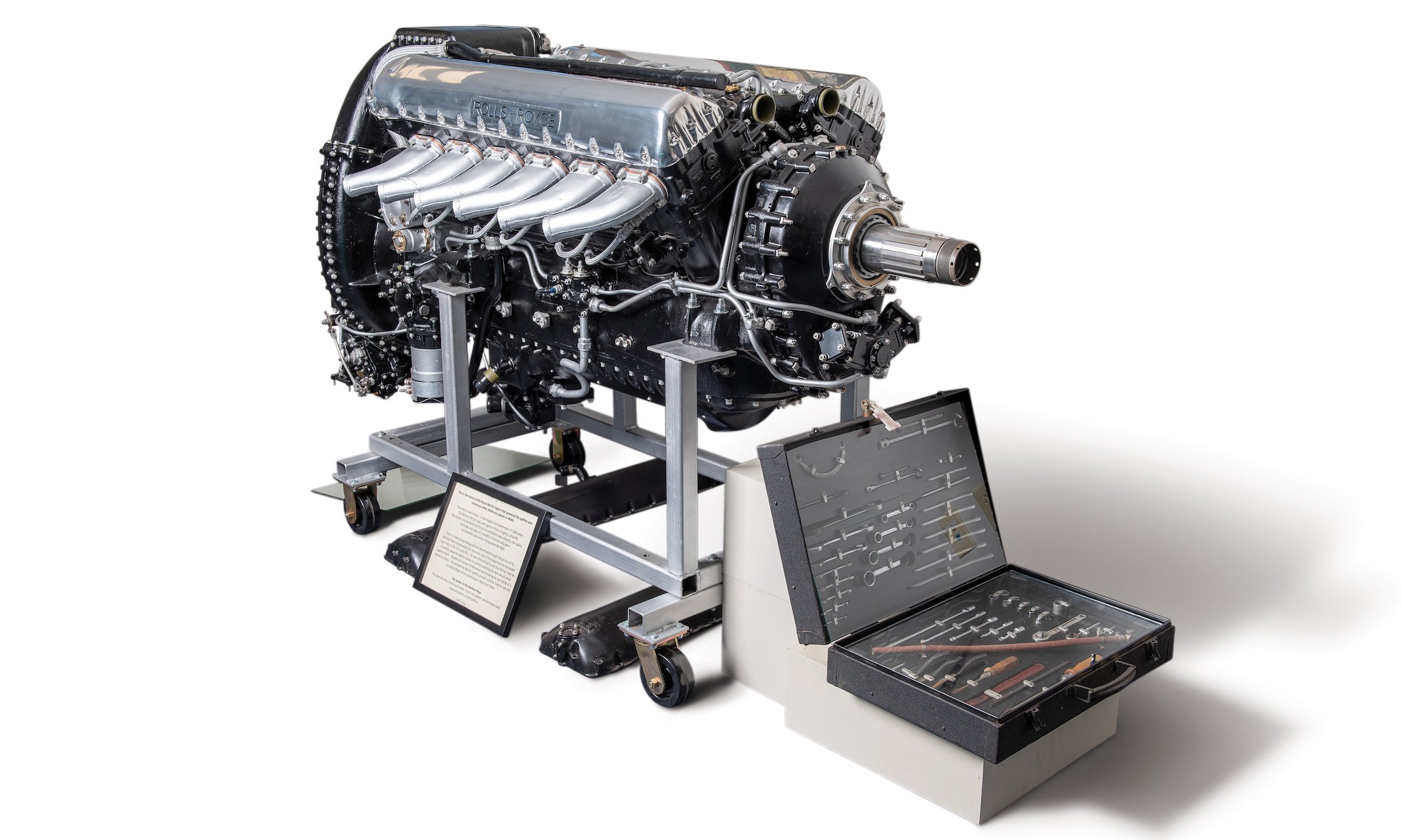