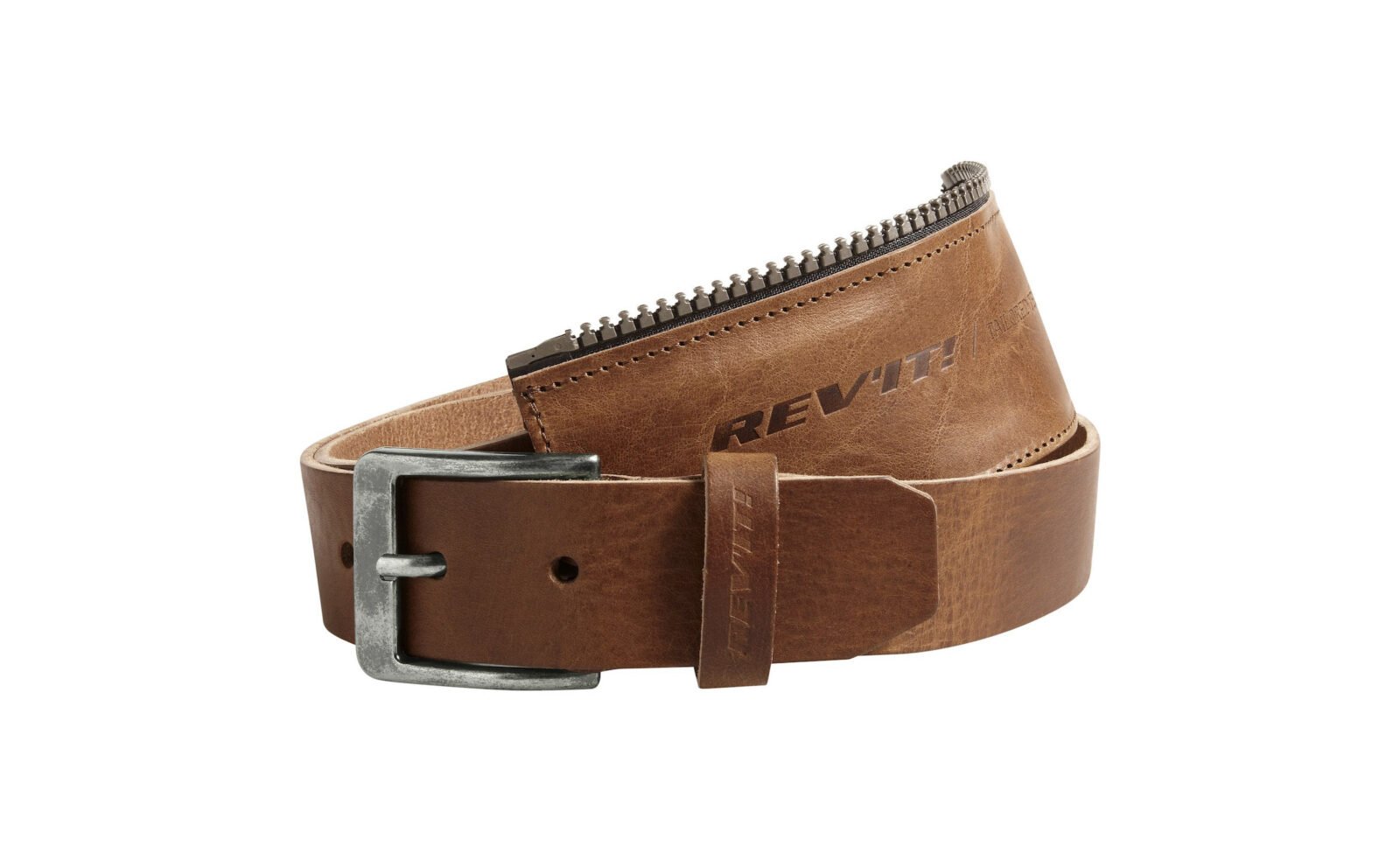 The REV’IT! Safeway 2 Belt is a leather belt with a zipper that allows you to attach your REV’IT! motorcycle jacket to any pair of jeans or trousers.

The importance of physically attaching your jacket to your pants is often overlooked by motorcyclists, and sadly it can result in moderate to severe torso injuries when a rider is sliding along the asphalt after an accident and the jacket rides up to under the armpits – leaving the torso unprotected.

Many more performance-focussed motorcycle pants/jackets will have either clips or a zipper specifically to attach a jacket, but a lot of Kevlar/Dyneema motorcycle jeans lack the feature.

The REV’IT! Safeway 2 Belt is 100% leather with an all metal buckle, it comes in three sizes ranging from small – 28″ to 32″ waist, to medium – 32″ to 36″ waist, to large 36″ to 43″ waist. Colorways on offer are traditional brown or black, and there’s an additional loop near the buckle to keep an excess belt from getting in the way.

It would be great to see similar belts developed to work with jackets made by other brands, ideally with clips rather than zippers to ensure total inter-brand compatibility. In fact, it’s somewhat surprising that belts like this aren’t commonplace given how useful they’d be. 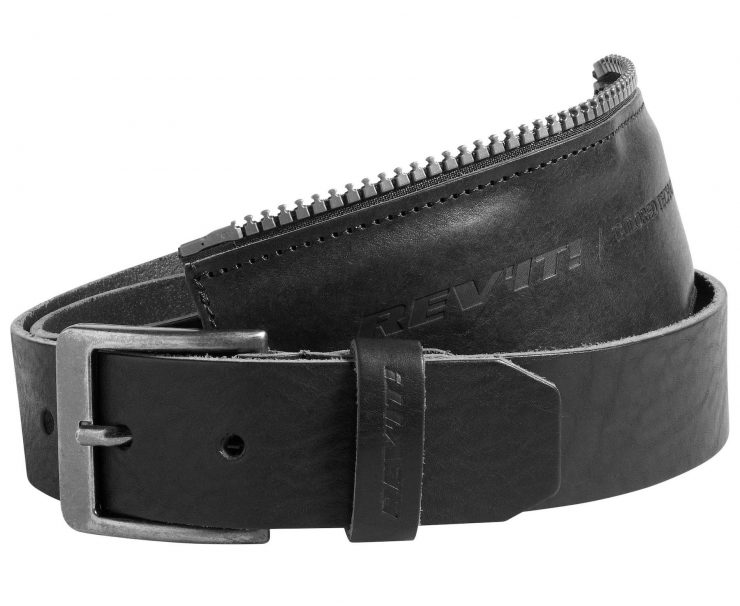 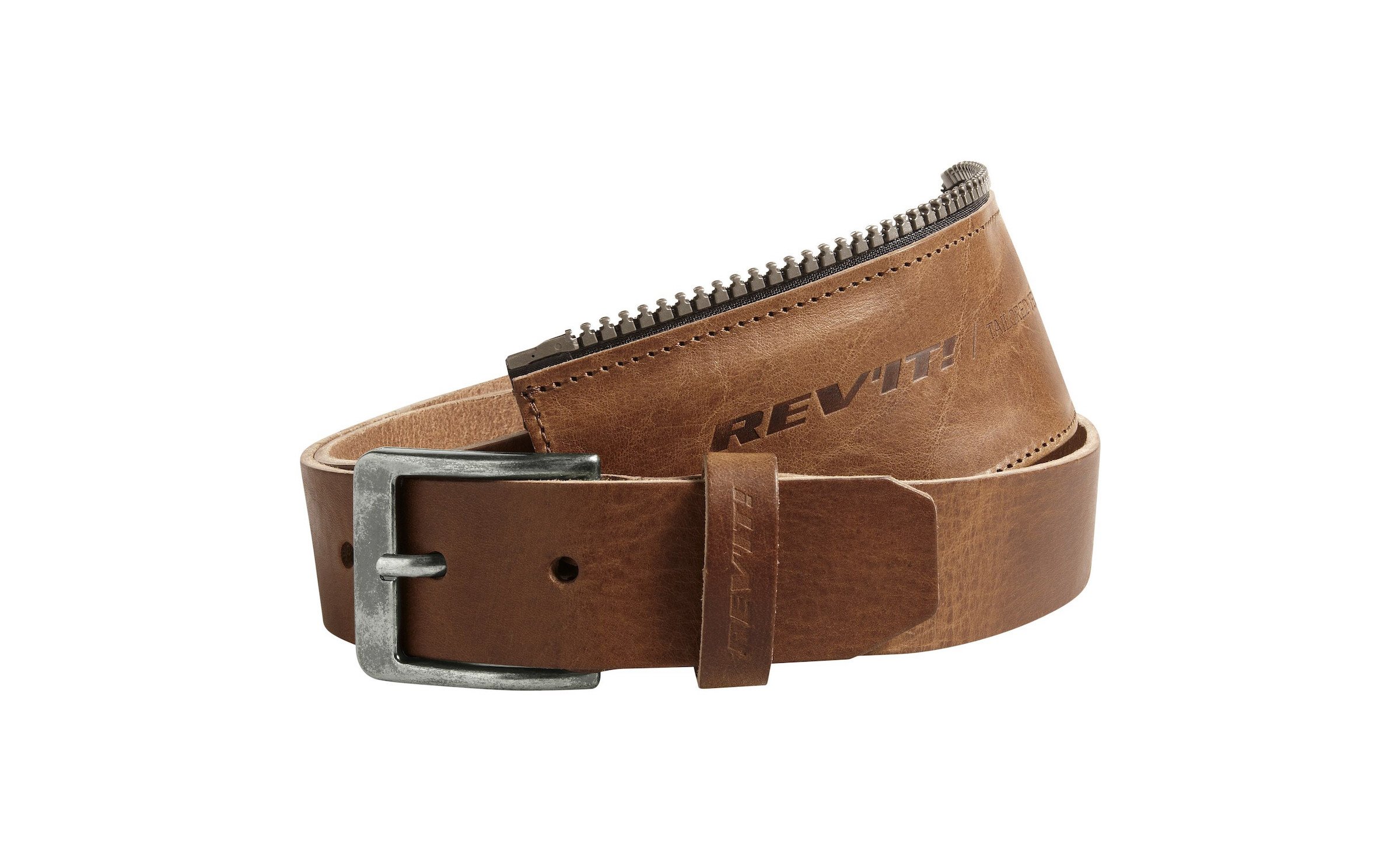