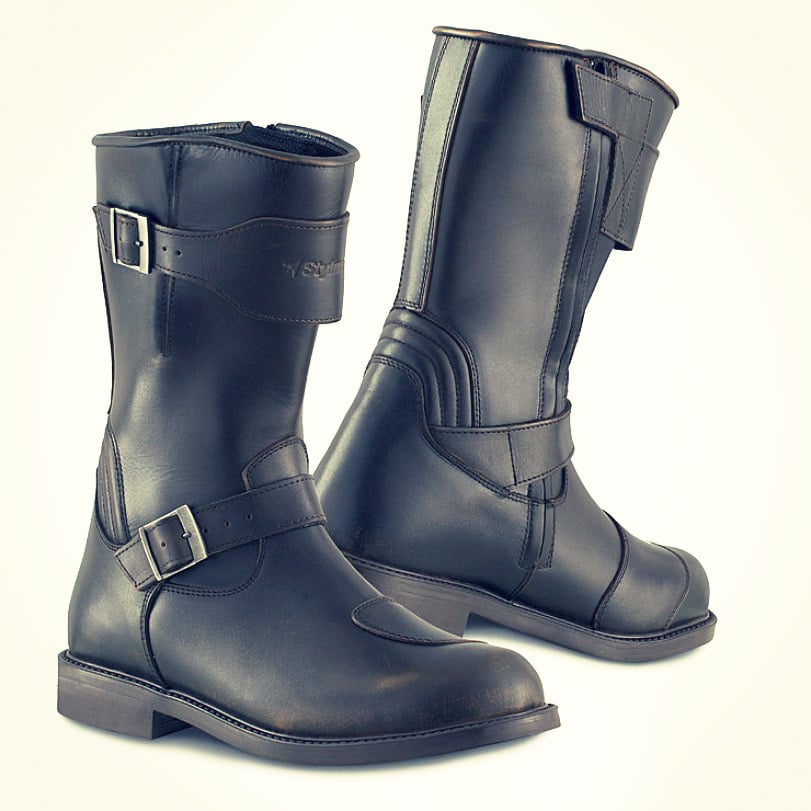 Stylemartin produce some of the best looking retro motorcycle boots money can buy, they seem to have found a niche where they build boots with modern safety elements inside a vintage design, largely aimed at people who ride classic motorcycles.

This is one of their newer offerings, it’s dubbed the Legend R Boot and has ankle protection on both sides, a non-slip rubber sole, a breathable leather upper, a gear change protector and a combination zipper/buckle to ensure a solid fit.