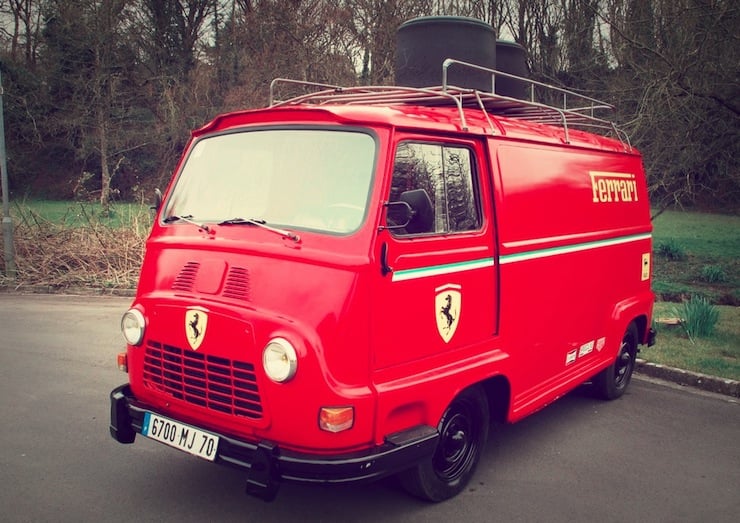 This beautiful 1979 Renault Estafette was bought by the production team for the upcoming Formula One film “Rush” and reworked into a flawless replica of an original Renault Estafette van, used by the Ferrari team during the reign of Niki Lauda.

Before being turned into every F1 fans perfect campervan, the Estafette had been used as a fire truck for decades by a small town on the French/Swiss border. With an estimated value of £15,000 to £20,000 the little red van is coming up for auction on the 25th of August 2013 with Silverstone Auctions, at the CarFest South Sale at Laverstoke Farm in England.

At that price point I can imagine it might end up in a Ferrari collectors extended garage as the perfect track day accompaniment, though it would be perfect as a camper for visiting the great race tracks of Europe.

Oh and in case you were wondering – Yes, the two Avon F1 tires on the roofrack do come with the van. 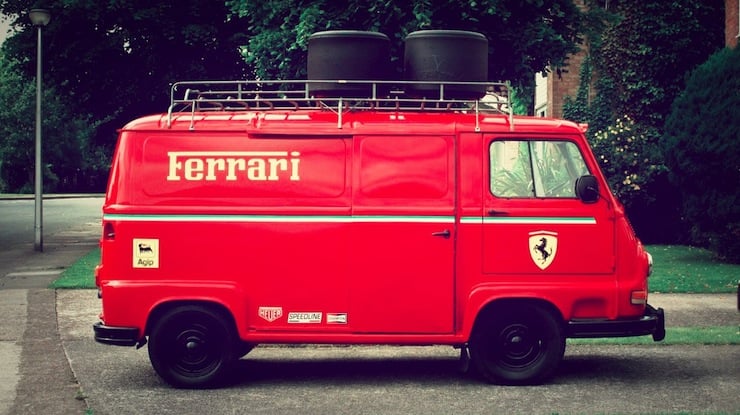 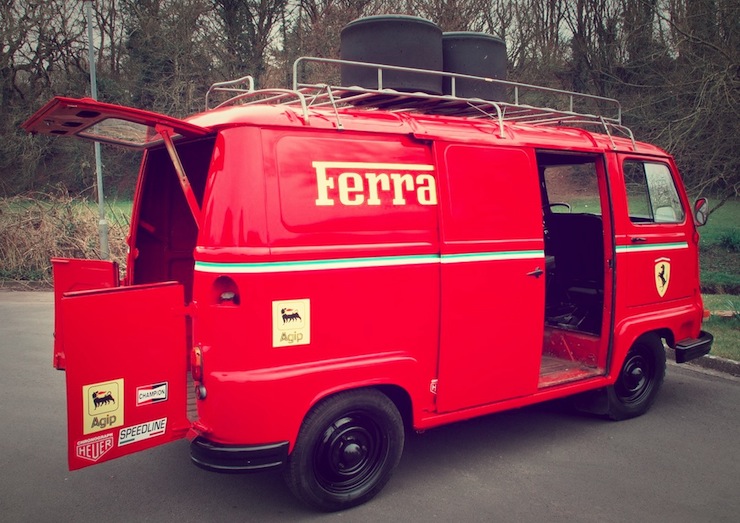 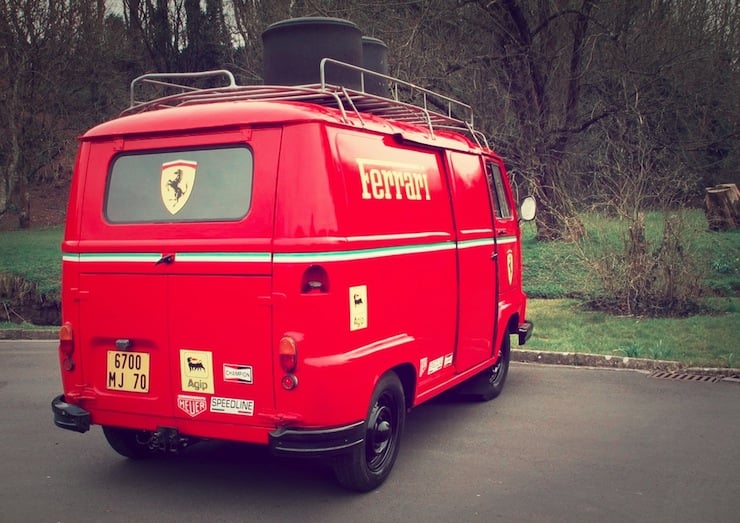 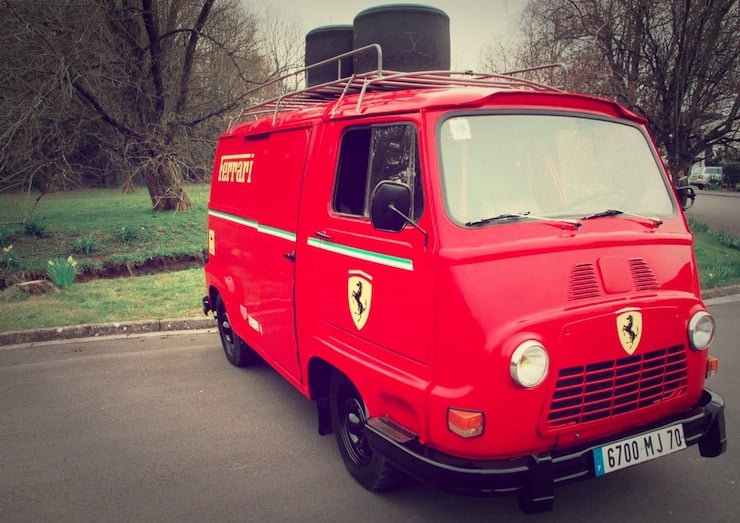 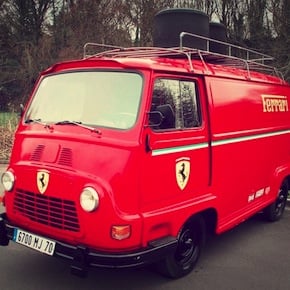