This is a Renault EF-Type Formula 1 engine listed as being from 1985/1986, interestingly it remains with its original crate and it was never used for racing. That makes this an unusual opportunity to buy what is essentially a brand new NOS F1 engine from the turbo era.

Renault was the first to take advantage of the change in F1 regulations that allowed turbocharged engines, introducing a turbo V6 in 1977. Every other team in F1 followed suit over the next few years, a precursor to the world of modern F1 in which all cars are turbocharged small-capacity V6s.

In its final stage of development the Renault EF-Type engine was said to be capable of over 1,200 bhp at 12,500 rpm in qualifying trim. Though at this state of tune the engine would only last four of five laps, a new engine at a lower level of tune was then fitted for use during the race.

Above Video: This episode from Autosport focusses on the history of the early turbocharged Renault engines, giving some fascinating additional history.

It’s been said that Renault F1 engineers have been criminally under-recognized for their contributions to the sport over the years. It was Renault that too the first gamble on introducing a new 1.5 liter turbocharged engine in 1977, every single over engine manufacturer followed within a few years.

The regulations had been changed back in 1966 to allow either a 3.0 liter naturally-aspirated engine or a 1.5 liter forced induction unit. Earlier in the history of grand prix racing there had been both supercharged and turbocharged cars of course, when regulations were less strict, but the 1977 Renault is now seen as the first “modern” use of turbocharging in F1.

Further Renault innovations include the first use of pneumatic valve springs in F1, this was another development that would soon be copied by all Formula 1 teams, and all F1 teams currently racing still use the technology to this day. 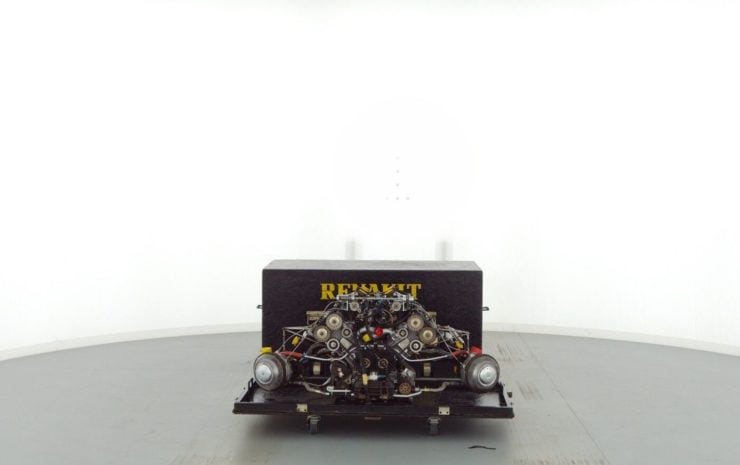 This Renault EF-Type Formula 1 engine remains unused, possibly making the only NOS engine of this type left in the world. The Renault Classic engineers have regularly turned the engine over to ensure that it doesn’t seize due to inactivity.

Pneumatic valve springs are typically used in conjunction with a more traditional camshaft, the cam opens the valves and the air pressure from the pneumatic system closes them  – it doesn’t rely on valve springs as these tend to lose effectiveness at higher-RPMs and eventually fail with catastrophic consequences.

The Renault EF-Type engine was under constant development from its introduction in 1977 until it was replaced in 1986 with the Renault RS engine, when F1 returned to naturally-aspirated engines.

The turbo-era would be characterized by some of the most powerful engines that have ever raced in Formula 1, with some manufacturer’s power units producing over 1,500 bhp in qualifying trim. The turbo engines would return to F1 in 2014, now running as hybrid engines with battery packs and electric motors providing additional power and better fuel economy. 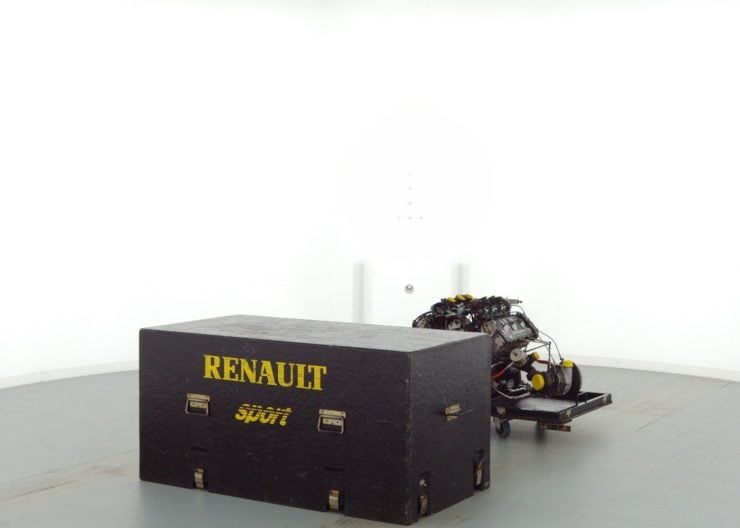 The engine comes in its original shipping and storage crate , carrying the 1980s-era Renault Sport logo on the sides.

The engine you see here is an as-new Renault EF-Type Formula 1 engine from the 1985/1986 seasons, it was never fitted to a car or raced and the listing notes that it’s quite possibly in running condition.

The highest-horsepower versions of this engine were capable of over 1,200 bhp at 12,500 rpm in qualifying trim, significantly more than any current F1 engine.

If you’d like to read more about this engine or register to bid you can visit the listing here, it’s due to roll across the auction block on July 2nd at the Le Mans Classic sale held by Artcurial. 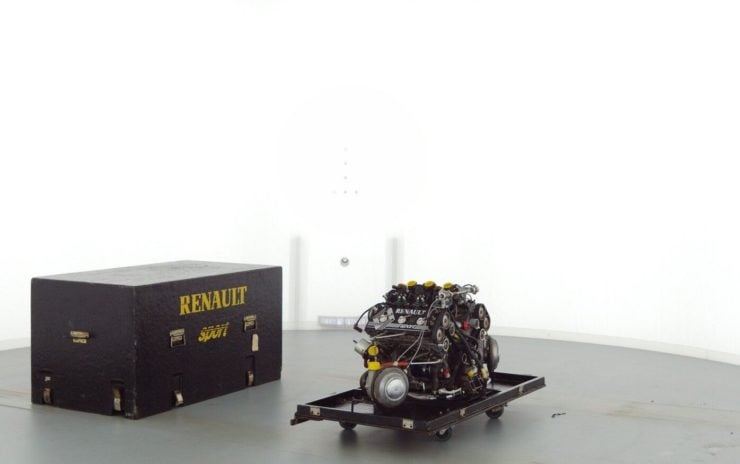 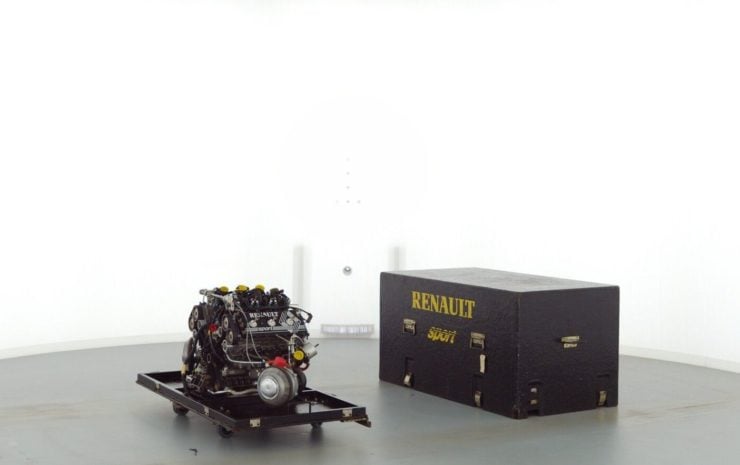 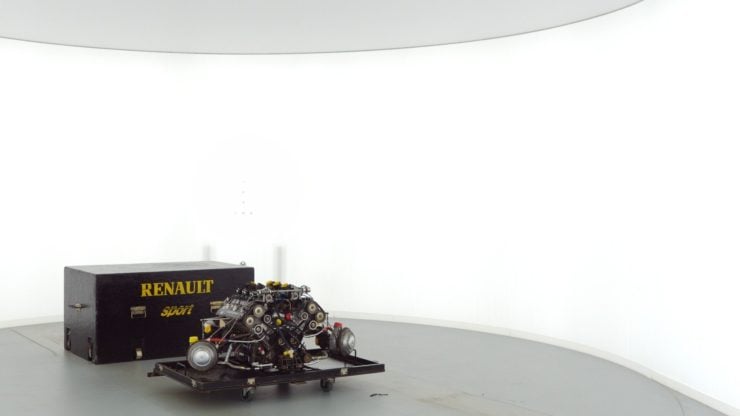